What is the Raspberry Pi 3?

What is the Libre Computer ROC-Rk3328-CC? 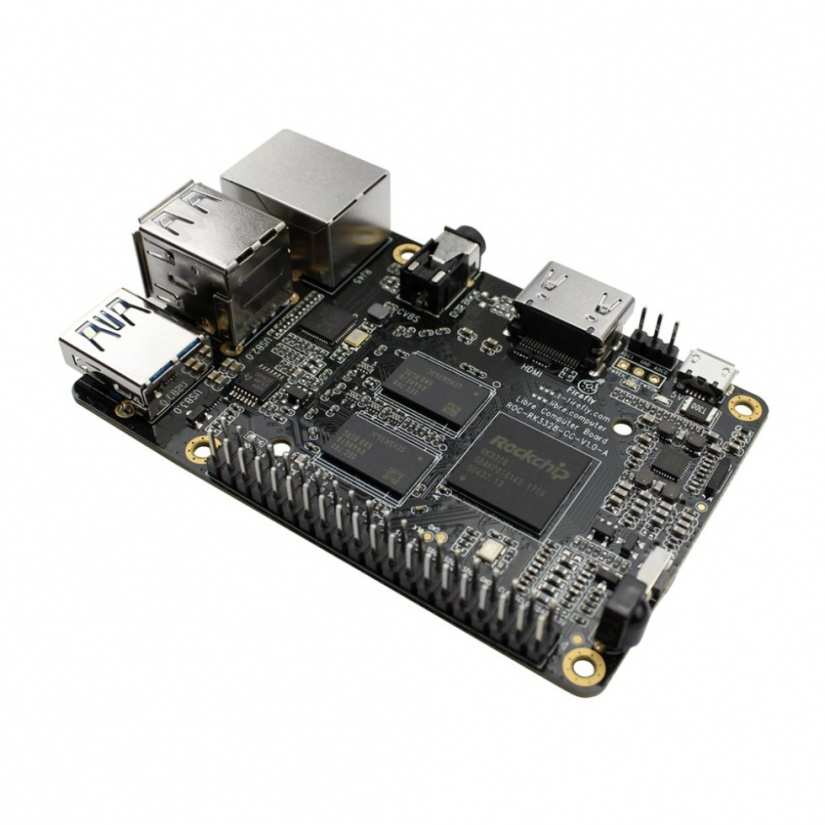 The Libre Computer ROC-RK3328-CC hails from manufacturer Libre Computer. Its ROC-RK3328-CC board, nicknamed the Renegade, maintains a similar form factor to the Raspberry Pi 3. Whereas the Pi utilizes a Broadcom SoC, the Renegade opts for a Rockchip Rk3328 SoC. Packing a whopping 4GB of RAM, HDMI 2.0 with HDR support, and USB 3.0, it's a solid board with a respectable performance punch.

Yet, the Raspberry Pi features support for a bevy of add ons such as a Power over Ethernet (PoE) hat, Picade X HAT, and a slew of sensors, touchscreens, and more. With its 40-pin GPIO header, the Libre Computer Board Renegade maintains compatibility with a number of devices for SPI, UART, and GPIO goodies. But, once again, the Raspberry Pi 3 comes out on top.

The Raspberry Pi handily bests virtually every maker board on the market when it comes to community. Whether it's official Raspberry Pi Foundation support, community forums, or articles on various maker websites, there's a veritable treasure trove of Raspberry Pi community support. Libre Computer Renegade tutorials aren't as common, though it's certainly a budding community.

While on paper the ROC-RK3328-CC Renegade bests the Raspberry Pi 3, the Raspberry Pi escapes defeat. With better connectivity, a vast community, and unrivaled software support, the Raspberry Pi 3 edges out the Libre Computer Renegade. Nevertheless, the ROC-RK3328-CC board is no slouch. Its beefy processing power and 4GB of RAM make it a capable board, especially for desktop use. The main element holding back the Libre Computer is lack of community support and software. A few ROC-RK3328-CC OSes are, tragically, a bit buggy. Notably, Station OS, a promising HTPC and retro gaming Android operating system, is near impossible to navigate.

Still, I'd highly encourage Libre Computer Renegade adoption. Though the Raspberry Pi 3 wins the match up, the ROC-RK3328-CC is a more than competent board which largely holds its own. With 4K output, it's a nifty little multimedia device. Plus, the Libre Computer Renegade functions well for network attached storage (NAS) purposes either with OpenMediaVault or a roll-your-own server build.

Which maker boards do you suggest using?