Single-board computers (SBCs) range from the Raspberry Pi to the Odroid XU4. These maker boards maintain compatibility with a variety of operating systems (OSes), from Android to Chromium OS, and dedicated gaming OSes such as Lakka, RetroPie, and Recalbox. For desktop use, one of the most popular options is Linux. From NXElec, the tiny Innostick 6 SBC runs Linux on an incredibly low-power board.

Innostick 6: Low-power SBC for Linux Use 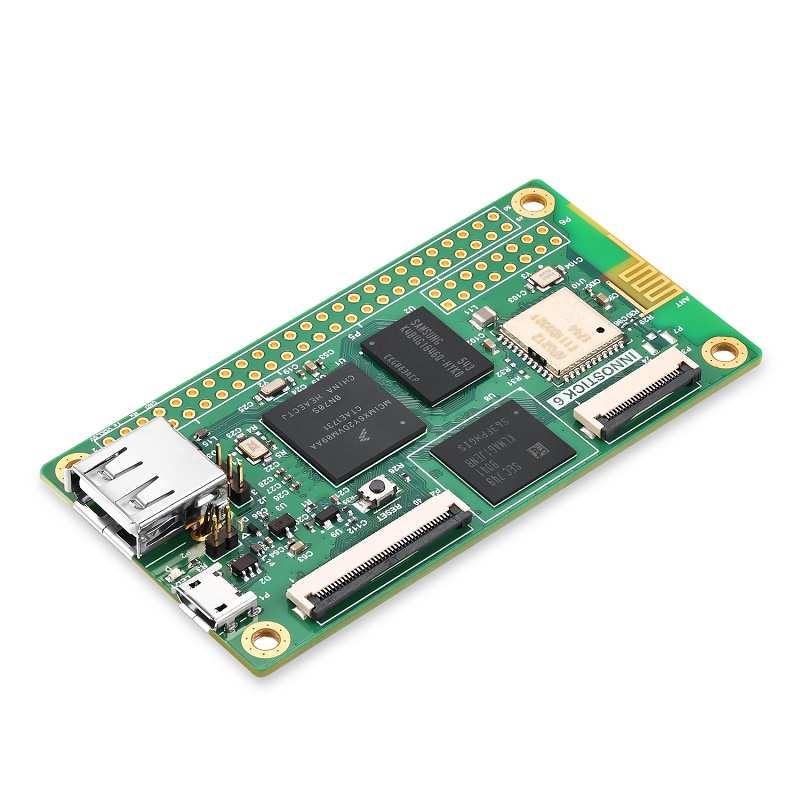 The company behind the BeagleBone companion board as well as BeadaFrame BeagleBoard LCD display debuts its miniscule 800x42mm development board. Whereas the average single-board computer is roughly the size of a credit card, the Innostick 6 offers a smaller form factor. However, along with its tiny stature comes less power. Onboard, you'll find an i.MX6 ULL with a Cortex-A7 clocked at 900MHz.

More specs include Wi-Fi, Bluetooth, a 32Gb eMMC module, OTG ports, and a USB host. That's fantastic for a a mini maker board. It's decked out with 512MB of DDR3. Unfortunately, you won't find any Ethernet port. Yet there's a touch-enabled LCD interface as well as CSI parallel camera inferface, with 16- and 50-pin GPIO headers.

The standout feature is that, despite low processing power and measly RAM, the Innostick 6 retains Linux compatibility. You can run Yocto, as well as Debian Stretch. As you can guess, this probably isn't the best board for someone seeking a SBC for desktop use, retro gaming, or home theatre PC (HTPC) applications. Instead, it's similar to the Raspberry Pi Zero W in its onus on Internet of Things (IoT) use. For its size and specs, the Innostick 6 is poised to enter the single-board computer space as a fresh addition to the already thriving lineup. Pricing is yet unannounced, which along with OS compatibility, dictate adoption rates.

Your turn: Are you excited about the Linux-compatible Innostick 6?