Although single-board computers (SBCs) boast many uses, retro gaming emulation remains a popular endeavor. Because running the likes of RetroPie, Recalbox, Batocera, and Lakka offers a fun, practical project that's perfect for everyone from beginners to seasoned makers, emulation stays relevant. There are plenty of choices in your approach, ranging from a basic board to an arcade cabinet replica. But you'll want to make sure you've got the proper hardware for the job. Check out the best SBCs for retro gaming!

Why Use an SBC for Emulation?

Although many maker boards such as the Raspberry Pi are regularly transformed into retro gaming consoles, a desktop or laptop often outperforms even the beefiest of development boards. Because most emulators are CPU bound, the majority of SBCs can't handle emulation of newer systems such as the PlayStation 3, Wii U, Wii, PlayStation 2, and GameCube. Even many dev boards underperform when tasked with running Nintendo 64 and PlayStation Portable ROMs. My GTX 1060, Ryzen 5 powered desktop, for instance, tackles PS2, Wii, and even some PS3 emulation gracefully.

Nevertheless, single-boards are much cheaper and smaller. As such, they present an uber-affordable entryway into emulation. For older systems, about PlayStation 1, N64, or Dreamcast and earlier, tons of SBCs are up to snuff. So you can make your own NES Mini, SNES Classic, or Mega Drive Mini. Emulation is in fact an important from a preservationists' perspective. 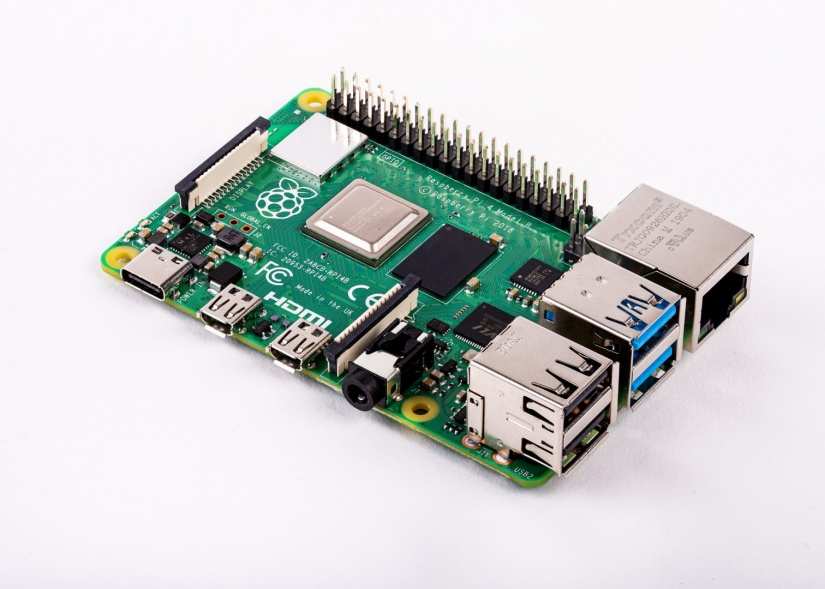 The Raspberry Pi 4 isn't the only maker board on the market. But it continues to reign supreme as the best SBC on the planet, and that holds true for retro gaming emulation. Since the Raspberry Pi 4 features excellent community support with loads of operating systems (OSes), official apps and accessories, plus a slew of third-party resources, it's a ridiculously well-backed device. OSes and apps are optimized for the underlying hardware, and a bevy of forums, books, websites, and podcasts provide troubleshooting or getting started information.

Whereas many Raspberry Pi releases proved iterative, the Pi 4 presented a massive overhaul. Notably, the Raspberry Pi 4 saw a choice of 1GB, 2GB, 4GB, or 8GB of RAM as well as a revamped system-on-a-chip (SoC), dual micro-HDMI output with 4K compatibility, and a switch from micro USB to USB-C power supplies. Unfortunately, this hardware refresh broke compatibility with certain operating systems, and even fractured long-running case support. As such, some OSes are still being optimized for the fourth generation Raspberry Pi, and you might have to wait for some retro gaming cases to hit shelves. Still, the Pi 4 is a more than capable retro gaming SBC, even handling the likes of PSP, N64, and PSP ROMs far better than its predecessor, and the best Raspberry Pi for emulation.

Why the Raspberry Pi 4 is great for emulation: 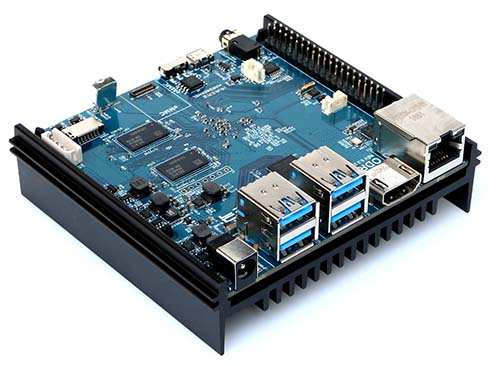 The Odroid N2 is a solid little maker board. Powered by an Amlogic S932x and available with up to 4GB of RAM, it's a powerful little PC. Owing to a robust GPU and CPU combo, N64, PSP, and Dreamcast games run extremely smoothly on the Odroid N2. What's more, you can even play Nintendo GameCube ROMs, although not very well. Still, the N2 trounces the Raspberry Pi 3 B+.

Why the Odroid N2 is great for emulation: 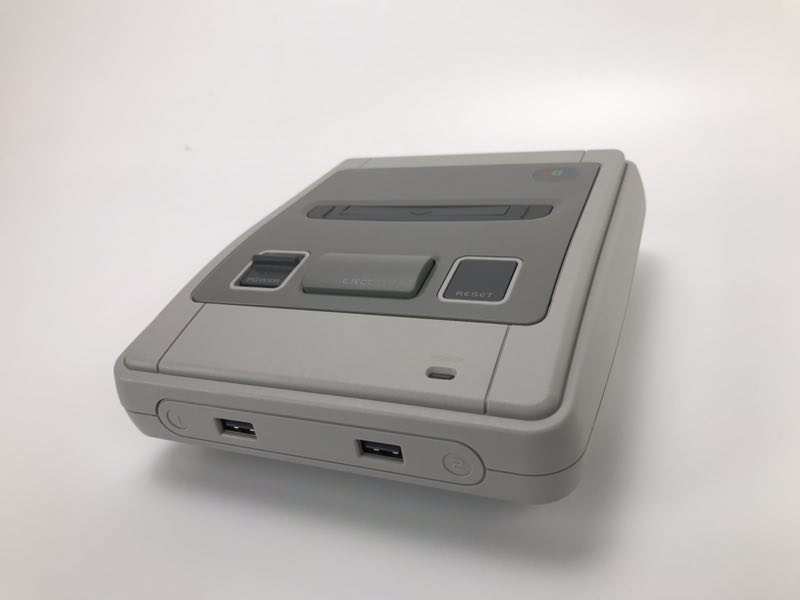 With a phenomenal price-to-performance ratio, the RockPro64 is a beast of a maker board. And featuring retro gaming OS images from the likes of Lakka, TheRA, Batocera, and Slash TV, you have plenty of options for gaming on the RockPro64. Its RK3399 processor packs loads of potential, although many software just isn't as optimized as it could be. However, you'll be able to play many N64 and Dreamcast ROMs. PSP emulation is hit and miss on the RockPro64, with certain games running fine and others somewhat playable with tweaks such as toggling on frameskip.

Where the RockPro64 really shines is support. Admittedly, some software could be a bit better optimized. But you've still got a lot of different OSes to pick from. Moreover, there's a retro gaming Roshambo Super Famicom (European SNES) case for making a DIY SNES Mini Classic. As such, the RockPro64 was engineered as an emulation platform. Batocera runs incredibly well, as do Lakka, TheRA, and Slash TV.

Why the RockPro64 is great for emulation: 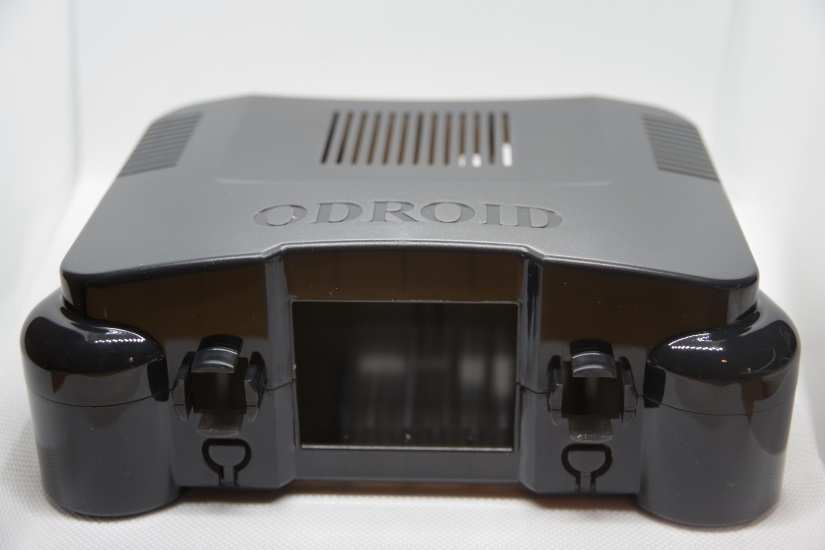 The Odroid XU4 is a total Raspberry Pi killer. Clocking in at a pretty reasonable price point, the XU4 doesn't skimp on performance capabilities. You'll be able to emulate up through Dreamcast, Nintendo 64, and even some PlayStation Portable ROMs. The XU4 runs Batocera, Recalbox, TheRA, Odroid GameStation Turbo, Lakka, and RetroPie. Plus, the Odroid XU4 OGST N64 case allows you to cobble together a do-it-yourself N64 Mini Classic. I'm a huge fan of the XU4 for retro gaming, and especially the OGST case which lends a nostalgic aesthetic.

Why the Odroid XU4 is great for emulation: 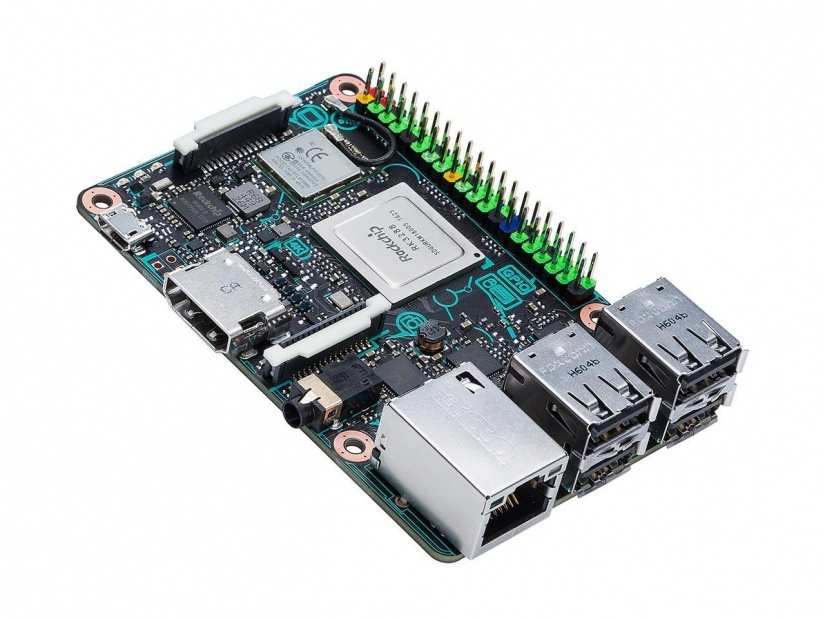 Why the ASUS Tinker Board is great for emulation: 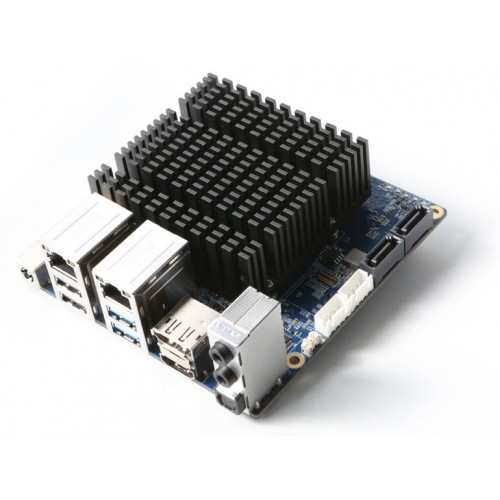 Because it can run many PC games including Overwatch, albeit at low settings ant not full 1080p HD, the Odroid H2 is a retro gaming beast. Dreamcast, GameCube, and Wii games play back with buttery smooth visuals. PSP won't be a problem either. The main drawback is its high price. The Odroid H2 alone retails for over $100, and that doesn't include a case or any accessories. Still, it's a really competent gaming machine for both newer systems and PC games alike.

Why the Odroid H2 is great for emulation:

If you can shell out the money for one, the UDOO Bolt isn't just the best SBC for emulation. It's arguably the top maker board money can buy. Of course, you'll need quite a bit of cash to snag a Bolt. Clocking in over $300 USD, it's not cheap. Although, since the UDOO Bolt offers desktop and laptop-replacement specs, it's not a bad deal. A major benefit of the Bolt is its ability to run x86 Linux distributions (distros) and even Windows 10. That's a massive bonus of the Bolt, and one that makes it well worth the enormous price tag.

Why the UDOO Bolt is great for emulation:

Although the Raspberry Pi 4 has been released, the Raspberry Pi 3 B+ remains a great choice for emulation. Particularly if you only plan to play older titles, it's a solid system with a bevy of OSes to boot. PlayStation 1 games run just fine, and you'll be able to eek out a bit of N64 and light PSP playback with some tweaks. Bonus points for the enormous community, unrivaled hardware support, and slew of apps available. You'll be able to run Batocera, RetroPie, Lakka, Recalbox, and more.

Why the Raspberry Pi 3/3 B+ are great for emulation:

Buy the Raspberry Pi 3 B+ 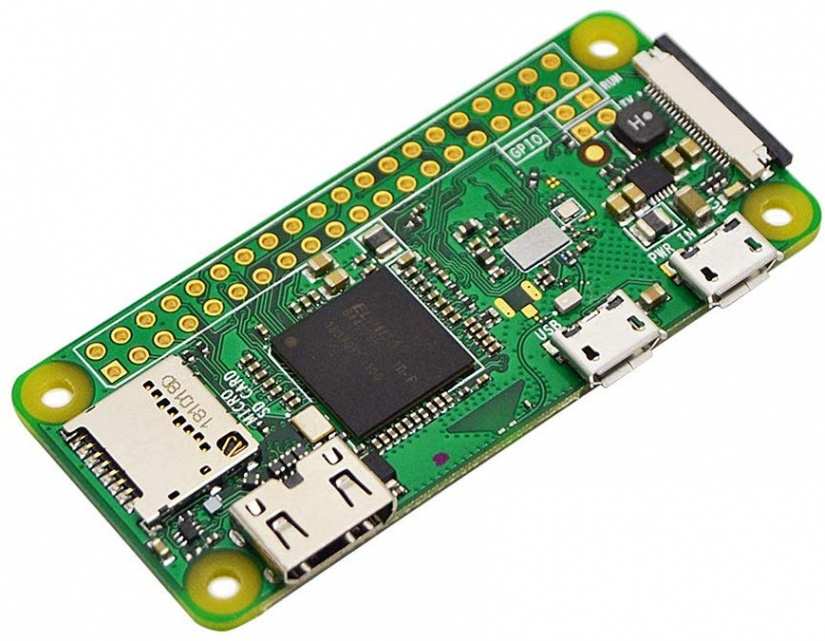 Despite its small stature and low specs, the Raspberry Pi Zero and Zero W are awesome portable retro gaming SBCs. While both will work perfectly in a desktop case, adding a shell such as the RetroFlag GPi lets you use your Pi 0/0W for on-the-go gaming. Loads of older titles run flawlessly, including NES, SNES, GameBoy, GameBoy Color, and GameBoy Advance ROMs. As such, The Raspberry Pi 0 and Raspberry Pi 0 W work shockingly well for retro emulation.

Why the Raspberry Pi Zero/Zero W are great for emulation:

Ultimately, a desktop PC or even a laptop will yield better results than most single-board computers available. Slap even a GT 1030 GPU into an aging desktop, and you've got a reasonably powerful emulation build. But the price-to-performance ratio, coupled with a small footprint, of most maker boards posits them as no-brainers for old school games. Personally, I recommend the Raspberry Pi 4 since it's got great support from both first- and third-party channels. Likewise, the Raspberry Pi 3 B+ is an excellent option. I've had great success with the Odroid XU4, and have mine housed in the N64 OGST case. And my RockPro64 in its Roshambo retro gaming case is a cool little SNES/Super Famicom clone. Slash TV on the ASUS Tinker Board is a nifty means of cobbling together a cheap, solidly performing home theatre PC and retro gaming machine. Options like the Odroid H2 and UDOO Bolt run virtually anything you throw at them, granted neither board is cheap. With SBCs for every budget and all retro gaming decades, you can certainly find a dev board for emulation that fits your needs and budget.

Your turn: What SBCs do YOU use for retro gaming? 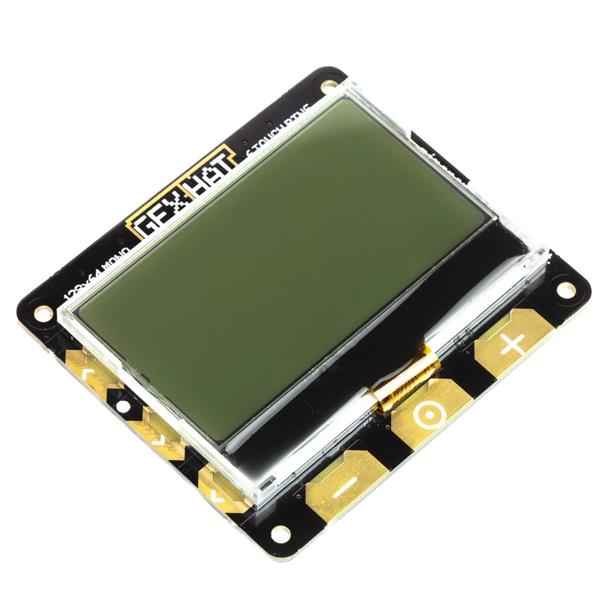 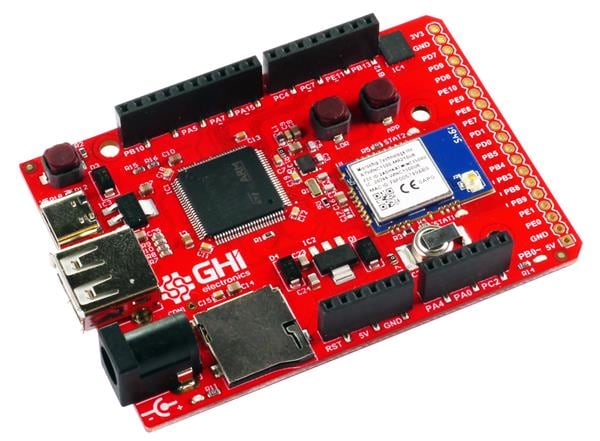 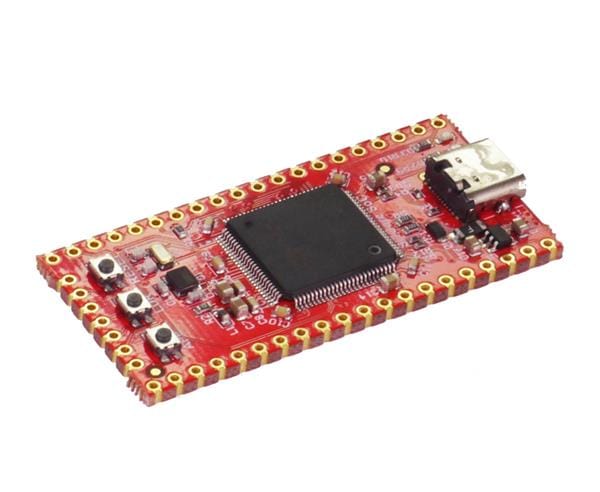 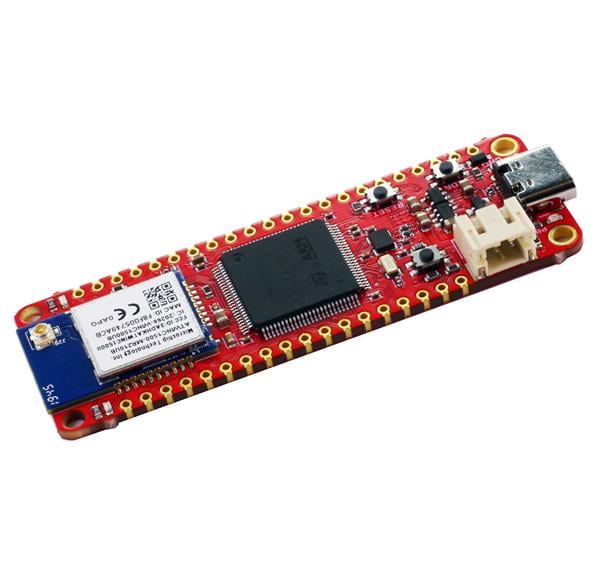 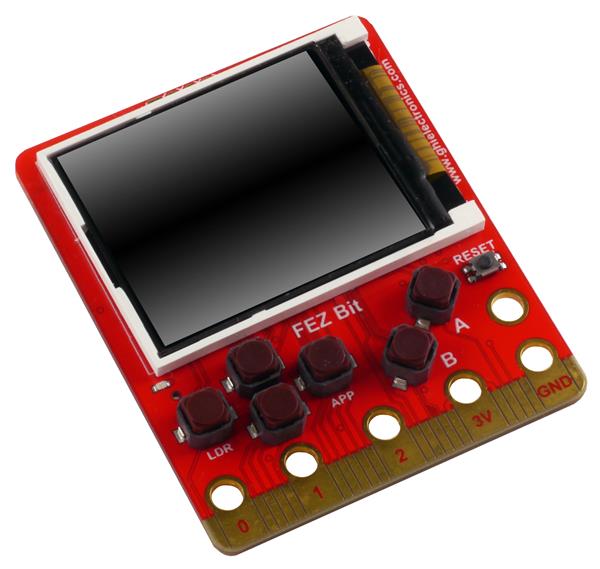 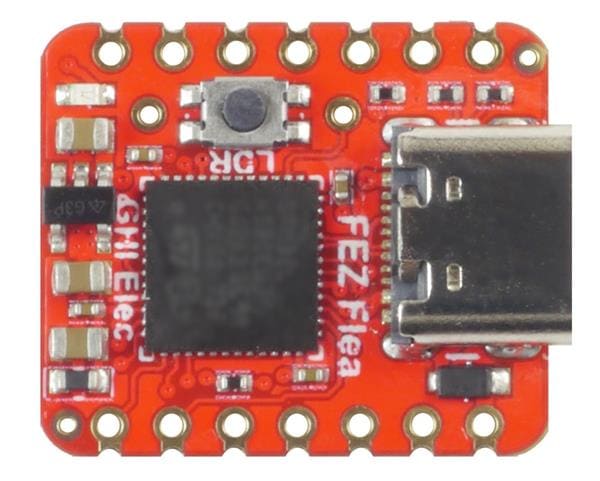