The Raspberry Pi ranks as the most popular single-board computer (SBC) on the market. Among the best projects for the Raspberry Pi, there's an ultimate retro gaming set up. Retro gaming operating systems (OSes) including RetroPie, Recalbox, and Lakka run well on the Raspberry Pi. However, loads of Raspberry Pi alternatives boast enhanced specs. Find out how to install Recalbox on the Pine64 RockPro64 for a RockPro64 gaming arcade!

The RockPro64 is a development board from Pine64. Touting a Rockchip RK3399 hexa-core dual ARM Cortex A72 and quad ARM Cortex A53 64-bit processor, Mali T-860 quad-core GPU, and up to 4GB of DDR4 RAM, it's a powerful yet tiny SBC. There's a microSD card slot as well as eMMC module for installing an operating system. 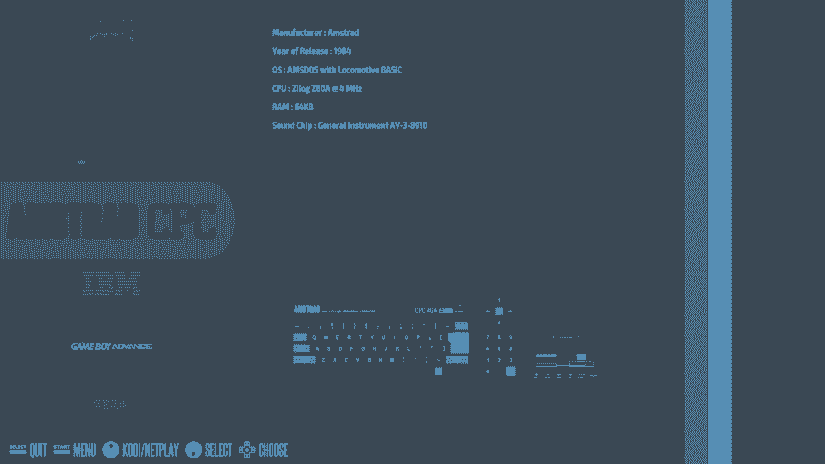 There's a massive list of Recalbox emulators included and, as such, Recalbox boasts compatibility with a smattering of systems. When comparing Recalbox vs. RetroPie, the two Linux OSes are pretty similar. However, Recalbox themes vary a bit from the onset, and generally Recalbox targets beginners whereas RetroPie focuses on intermediate users. Aside from the RockPro64, Recalbox runs on the Raspberry Pi and Odroid XU4.

How to Install Recalbox on the RockPro64

For running Recalbox on the RockPro64, you'll need a few items. First, there's the Pine64 RockPro64 board itself. I suggest opting for the 4GB variant as it boasts the most RAM. Then, you'll need boot medium such as a microSD card or eMMC module. Since the RockPro64 uses a barrel jack power supply, you'll need to snag one of those. A case is optional but recommended, such as the Roshambo retro gaming case. Finally, you'll require the Recalbox image for the RockPro64. I'd highly recommend snagging the Wi-Fi/Bluetooth module as well, and you'll need a keyboard, mouse, and gamepad.

Total cost: $70+ USD. The RockPro64 board clocks in around $70, and that's just for the board itself. A case, power supply, storage, and boot drives are extra. However, for it's easily one of the best performing single-board computers you can buy.

Begin by downloading the RockPro64 Recalbox download. It's an img.xz file, so you'll need to extract that image using a program such as 7zip. With the Recalbox image downloaded, decompress the img.xz file. Then, using an application such as Etcher, mount the Recalbox RockPro64 image to a microSD card or eMMC module. After you've successfully mounted the Recalbox operating system, pop the boot medium, either eMMC module or microSD card into your RockPro64. Plug in your power supply, and turn on your RockPro64 Recalbox arcade.

Upon first boot, you'll need to run through a brief controller configuration. The RockPro64 Recalbox release specifically features several optimizations including fixes for 8BitDo and Xbox One controllers. Then, you can get started using Recalbox. I suggest using external storage for your ROMs such as a high capacity flash drive. Press Start on your controller to pull up the Recalbox menu, head to System Settings > Storage Device and select either a specific external drive or any external storage device.

Hands-on With Recalbox on the RockPro64 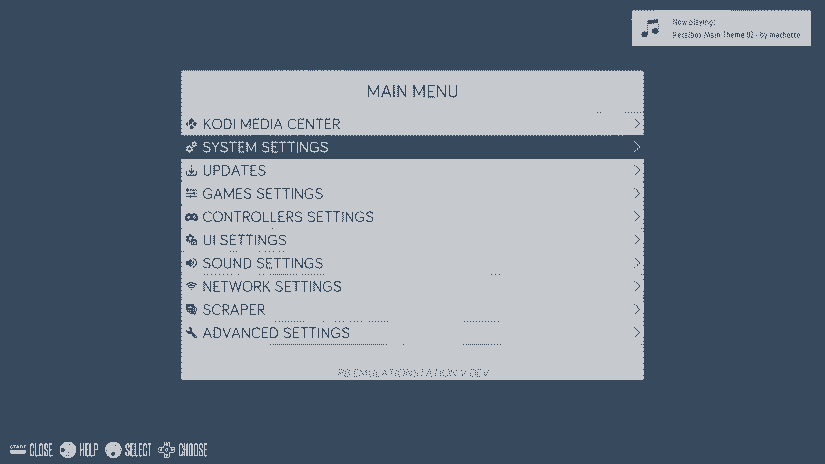 Recalbox is a phenomenal piece of software. This comprehensive retro gaming OS runs games extremely well. Whereas the Raspberry Pi 3 B+ functions for most games up through the Nintendo 64 and Sega Dreamcast titles, PlayStation Portable emulation remains hit or miss. With RockPro64 emulation, even PSP and N64 games run with ease. You'll probably want to make a few tweaks. Running with stock settings, "Indiana Jones and the Staff of Kings" ran well with cutscenes, but once gameplay commenced, audio was pretty choppy. Setting frameskipping to 1 which alleviated any issues. Essentially, frameskipping merely speeds up an emulator and skips one frame per second. You can set this up to 8. The majority of PSP titles, including "God of War: Chains of Olympus" should run, provided you make a couple of adjustments.

The port of Recalbox for the RockPro64 is polished. It was a breeze to add ROMs to an external drive and get to gaming. However, the underlying hardware in the Pine64 RockPro64 sets this apart from competing maker boards. In comparisons of the RockPro64 vs XU4 and other SBCs including the ASUS Tinker Board and Raspberry Pi 3 B+, the RockPro64 bested the competition, and it shows. Like RetroPie, you'll find tons of options for custom shaders, the ability to scrape your ROMs, and more.

Gaming is the focus of RecalBox. You'll find superb performance after minor adjustments. I tried a handful of games and everything ran perfectly. PlayStation Portable titles required a few tweaks, and Nintendo 64 games ran flawlessly. Recalbox recognized my wireless Xbox 360 controller immediately, as well as a pair of inexpensive Buffalo wired Super Nintendo clone gamepads. Performance wasn't quite as robust as with my Ryzen 3 GTX 1060 desktop for emulation, or my Nvidia Shield TV. However, the RockPro64 far surpasses the Raspberry Pi 3 B+ for gaming and is about on par, if not slightly better, than an Odroid XU4. 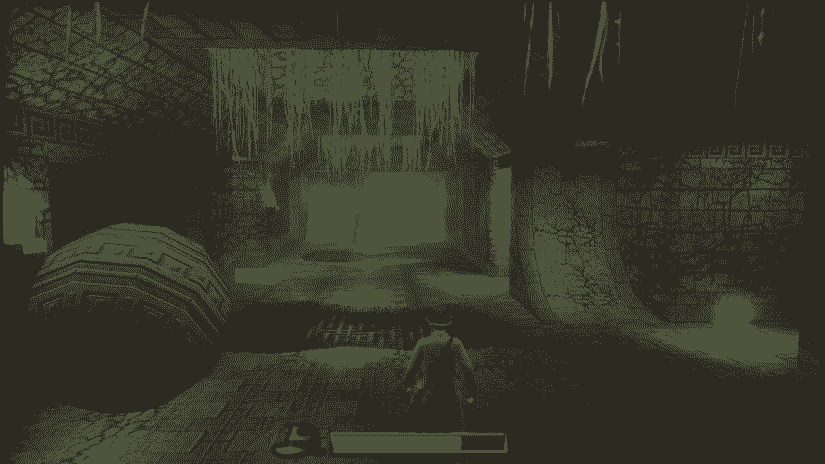 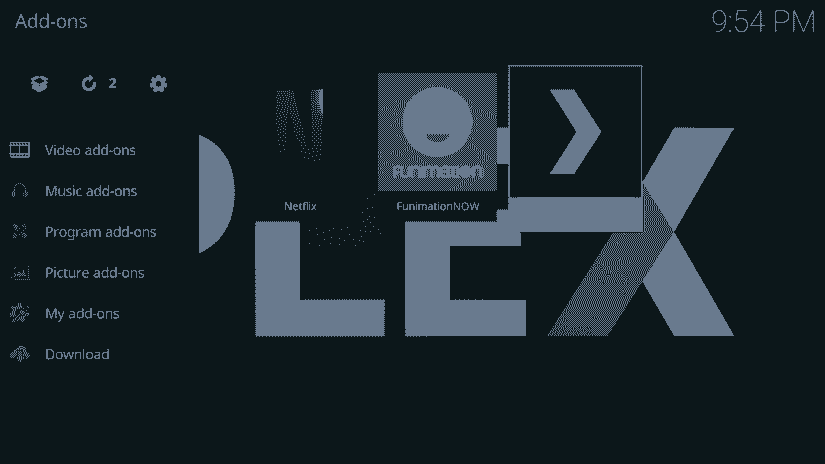 In addition to gaming Recalbox touts HTPC capabilities with its built-in Kodi media center. I installed a few Kodi add-ons such as Plex. Streaming video provided lush playback, even when streaming 4K and 1080p files. Unfortunately, I wasn't able to test out 4K output since I'm limited to a 1080p TV. 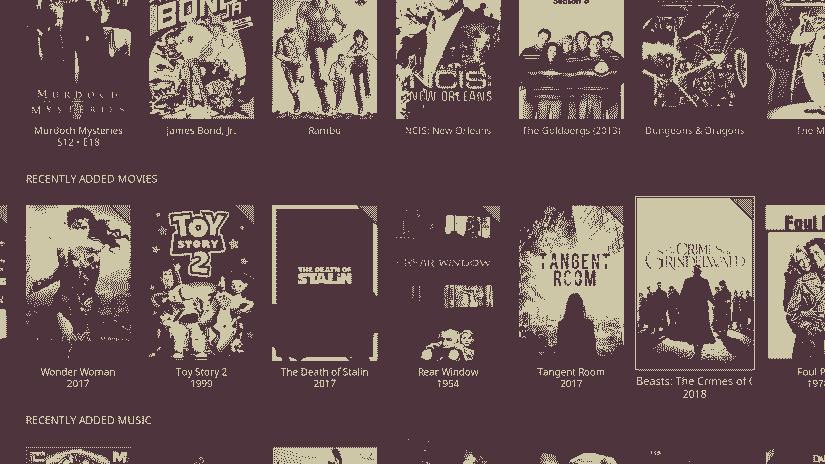 Likewise, local file playback was perfect. I loaded up a flash drive with a slew of movies, TV show episodes, and music files. All ran smoothly using Kodi on Recalbox.

Running Recalbox on the RockPro64: Game Over

I've got no shortage of single-board computers and devices to pick from. From my Raspberry Pi 3 B+ retro gaming unit to a do-it-yourself N64 Classic Mini with an Odroid XU4 OGST gamer shell to the Nvidia Shield TV and even a Windows 10 PC running Launchbox, I can game on a smattering of hardware options. Still, the RockPro64 stands out as a top choice for gaming. It can run virtually any ROMs aside from PlayStation 2 and Dolphin titles.

However, the Recalbox RockPro64 release allows for enhanced gaming with Dreamcast, PSP, and N64 titles. You'll probably need to turn on frameskipping with more demanding PSP ROMs, but if you can handle this, the RK3399 is a fantastic board. Moreover, Kodi media center functionality makes the RockPro64 a beefy HTPC-retro gaming center.

What are you gaming on, and what games are you playing?