The Raspberry Pi is a massively popular single-board computer (SBC). The tiny maker board serves many purposes. It's capable of replacing a desktop PC for basic tasks, works well as a network-attached server (NAS) device, and remains oft-used for retro gaming emulation. With the introduction of the Raspberry Pi 4, the flagship development board on the market gained a much-appreciated and needed performance boost. Coupled with more, faster RAM and its faster system-on-a-chip, the Pi 4 boasts additional processing power and multi-tasking abilities over its Pi 3 B+ predecessor. There are tons of Raspberry Pi Linux distributions (distros) and non-Linux operating systems (OSes) alike, and Monkajaro is a fantastic Manjaro Linux-based option. Learn how to install Monkajaro Linux on the Raspberry Pi, from what Monkajaro is, where to download it, and whether or not you should use it!

What is Monkajaro Linux for the Raspberry Pi 4?

Monkajaro is a Manjaro Linux-based distro for the Raspberry Pi 4. Manjaro is an Arch Linux-based OS that offers the benefits of using Arch without the complexity. Both Arch and Manjaro use the Pacman package manager, as well as graphical user interface (GUI) software centers. While you can install graphical app stores on Arch, Manjaro provides them pre-installed. You'll also benefit from a rolling update release format. Installation of Manjaro is far easier than Arch.

But Monkajaro adds a slew of pre-installed apps. Onboard, you'll find retro gaming emulators such as RetroArch, PPSSPP for PlayStation Portable (PSP) emulation, MAME for running arcade games, Dolphin for playing GameCube and Wii titles, and a bunch of others. Out-of-the-box, Monkajaro is overclocked at 2GHz on the CPU and 600MHz for the GPU. Furthermore, Monkajaro arrives as a desktop operating system so it's perfectly suited for office productivity, web browsing, and home theatre purposes as well. An all-around superb OS, Monkajaro fuses retro gaming with a lush desktop environment.

How to Install Monkajaro on the Raspberry Pi 4 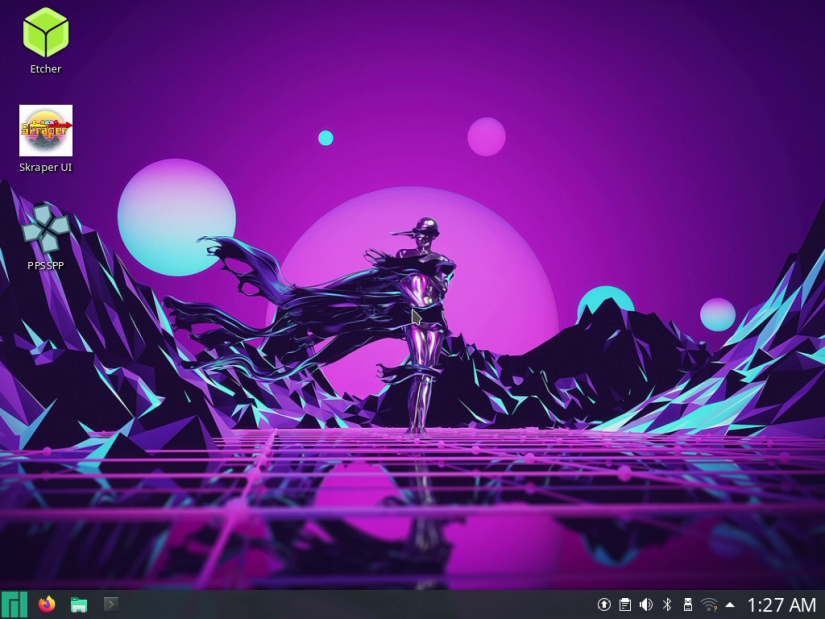 For a Monkajaro Raspberry Pi 4 desktop, you'll need a Raspberry Pi board. I suggest the 4GB model, particularly for multi-tasking such as web browsing with multiple tabs open and running simultaneous apps. Although the extra RAM won't make games run any faster, for use as a desktop operating system, general usability will greatly benefit from more system memory. You'll also need a compatible USB-C power supply, microSD card that's 16GB or larger, and a Raspberry Pi 4 compatible case. Plus, you'll need peripherals such as a keyboard, mouse, and game controller.

Aside from physical components, you will require a Monkajaro download. And to mount it to a microSD card, a program such as Etcher for burning bootable images is necessary. You'll need an active Internet connection as well.

Total cost: $35+ USD. The 2GB RAM Raspberry Pi retails for a mere $35. The 4GB model clocks in at $55 for just the board. Or, the 8GB model slides in around $75. You can get a complete kit with various components such as a compatible USB-C power supply for around $70 or more, which is a great deal if you need all physical components like a keyboard, mouse, PSU, case, and microSD card. All software is free to use.

First up, head over to LEEPSPVIDEO's video of Monkajaro and download the Monkajaro image. It's a 7Z file, so depending on your software, you may be able to burn it straight to a microSD card or you might need to decompress it first. Etcher, a great image mounting program, can mount a 7Z file directly to a microSD card. If you need to decompress the zipped image, an application such as 7Zip works extremely well. With a bootable image creator like Etcher, select either the unzipped Monkajaro OS image or the 7Z file as your operating system to burn. Then, pick your mounting location, in this case a microSD card, When you've got your image and medium both selected, hit flash. Wait for burning to complete, and when finished, remove your microSD card, pop it into the Pi, and power it on. 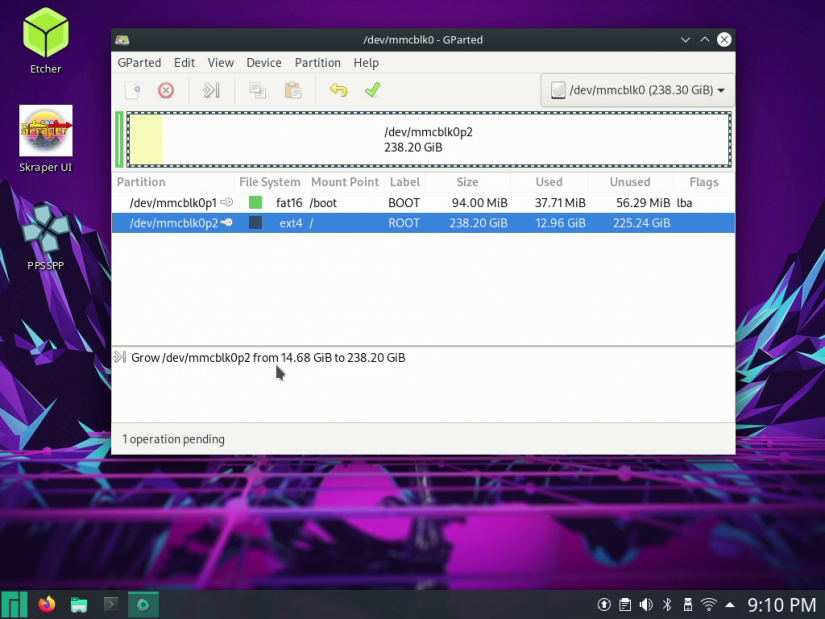 When you first boot into Monkajaro, you'll want to get connected to the Internet. If you're using a hardwired connection, just pop in an Ethernet cable. For wireless, you'll need to sign into your Wi-Fi network. Navigate to the network section in the lower right-hand corner off the taskbar, locate your Wi-Fi name, and enter your password. Now, you should be ready to use the Internet on your Raspberry Pi. Since Monkajaro doesn't auto-expand, you'll need to run GParted to utilize the full microSD card. Thankfully, GParted is built-in. Search for GParted under the applications menu. Fire it up, run it, and expand to the whole microSD card. What you'll need to do is select the non-boot space listed as ROOT. Then, right-click and select move/resize partition and enter your desired amount. I maxed it out, which left me with no unallocated space and a total of 256GB. 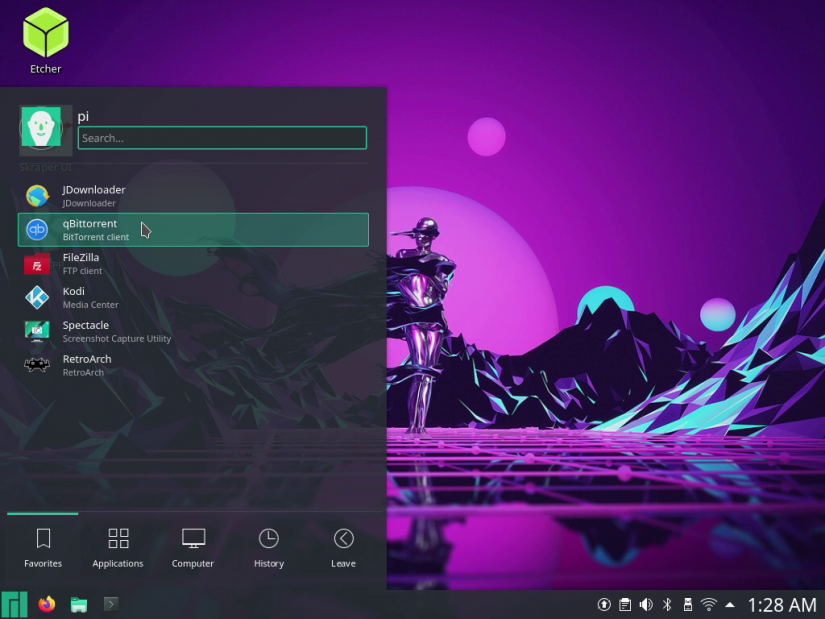 Unlike Raspbian, Ubuntu, or Manjaro upon which Monkajaro is based, this distro doesn't come with a major development backing it. Still, Monkajaro is incredibly polished and runs flawlessly on the Raspberry Pi 4. It's not necessarily an operating system you couldn't cobble together on your own. It's simple enough to install a vanilla version of Manjaro, Ubuntu, Raspbian, or another Linux OS for the Pi, then download your preferred software. But Monkajaro cuts out the post-install set up, letting you simply fire up various programs for emulation, office productivity, and office productivity. PSP emulation with the standalone PPSSPP emulator works pretty well. Less demanding games run extremely well, and even many moderately difficult titles like Tekken are playable, achieving around 30 frames per second (FPS) with 1x resolution and frameskip disabled. Ghost in the Shell ran like a champ as well. Stepping up to demanding games such as God of War: Chains of Olympus, you can run many games at 1x resolution with frameskip on and some speed hacks to hit around 30 FPS. It's not perfect, or near the performance of basic laptop, desktop, or even many mid-range phones and tablets. But that's a major improvement over the Pi 3 B+. 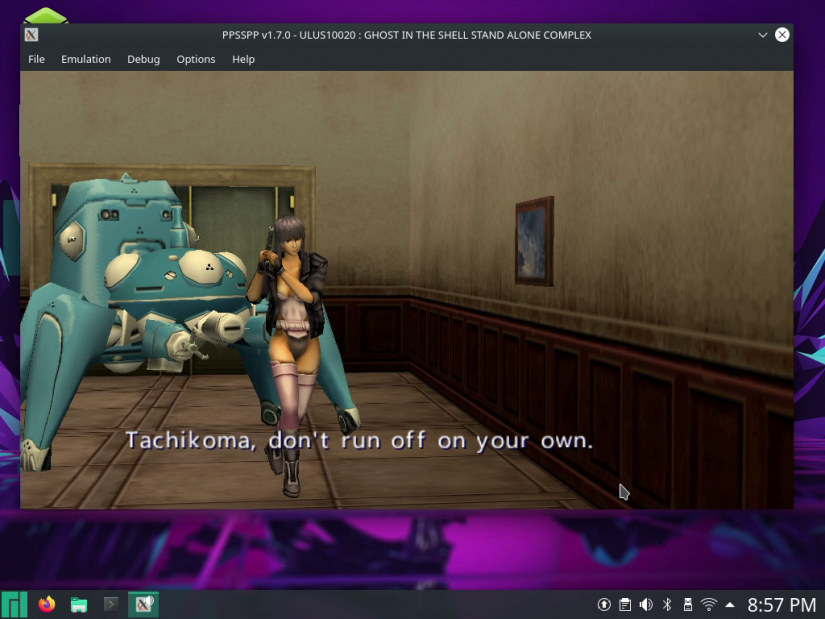 While dedicated retro gaming distros such as RetroPie, Recalbox, and Lakka come with PPSSPP baked in, Monkajaro sports the Dolphin emulator for Nintendo GameCube and Wii emulation. Running at the native GameCube resolution of 640x528 and toggling on various tweaks such as using OpenGL and V-Sync, you technically can run GameCube or Wii ROMs. However, performance is nearly unplayable. You'll hit about 15 FPS, and audio is pretty choppy. Even more forgiving games like Soul Caliber II just can't keep up on the Pi. Still, it's impressive that you can even load GameCube or Wii ROMs on the Pi 4. Most systems such as Nintendo 64, Super Nintendo Entertainment System, Atari 2600, and PlayStation 1 will run flawlessly. 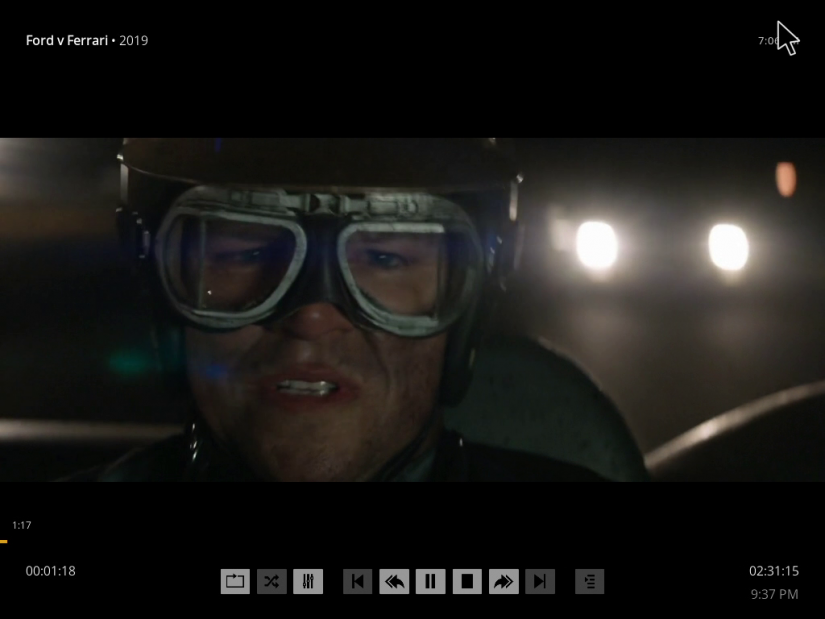 Aside from its enormous emulators, you'll find a ton of useful programs pre-installed. There's Kodi for playing back local media files or streaming from networked drives and apps such as Plex, Emby, Funimation, and Netflix. Web browsers including Firefox and Chromium are ready to use out-of-the-box. Utilities including a BitTorrent client and office productivity software suite LibreOffice are standard. As such, Monkajaro satisfies retro gaming emulation needs and desktop use in one pretty package.

Monkajaro for the Raspberry Pi 4 Review: Should You Run Monkajaro? 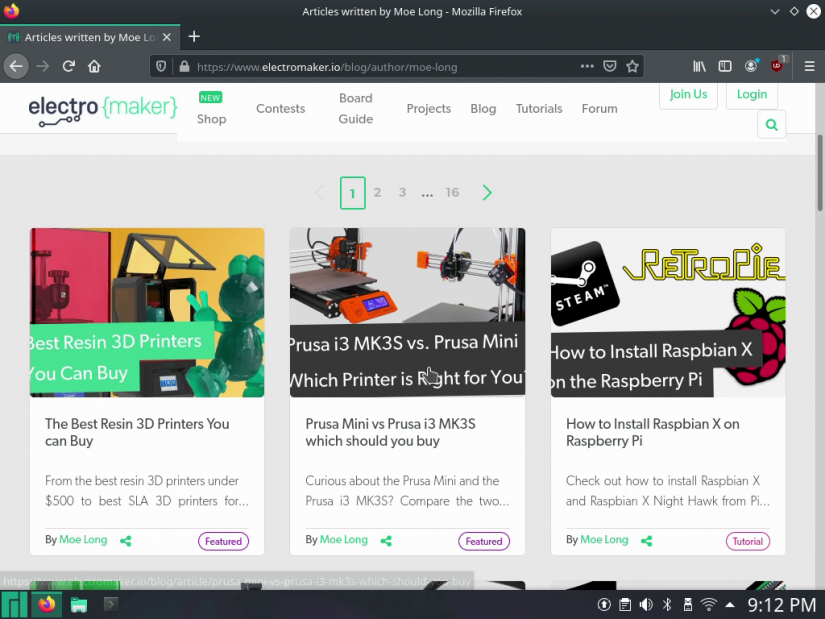 Ultimately, I'm incredibly pleased with Monkajaro. As a Raspberry Pi fan that enjoys using my Pi 4 for a variety of purposes, I often find it necessary to constantly swap microSD cards. While I normally have a RetroPie installation, Raspbian desktop microSD card, Ubuntu image, and some sort of headless server installation, a multi-faceted distro such as Monkajaro saves you the chore of keeping separate microSD cards and swapping OSes constantly. Instead, you can merely run one convenient package with gaming emulators, entertainment apps, and office software pre-installed. You'll save time on the configuration side since you don't need to download and set up many programs after installing Monkajaro. And the suite of software inside truly pairs well with the Pi 4's robust, capable hardware. Although Dolphin comes standard, it's more of a prototype for how far the Pi has advanced. Don't expect, even with performance tweaks, to see full-speed GameCube emulation on the Pi 4. But to even be able to run Dolphin on the Pi is a major step up from the Pi 3 B+.

Although there's an emphasis on retro gaming, Monkajaro is a solid Manjaro derivative that runs buttery smooth on the Raspberry Pi. It's a great option for anyone seeking an aesthetically-pleasing Linux OS that's essentially ready to begin using right away. Aside from gamers, entertainment enthusiasts should appreciate that Kodi comes standard. And even for use in a home office, loads of utilities are already available like GIMP and LibreOffice. Plus, you can simply install your own. Sure, you can totally build your own OS by first installing Manjaro, then downloading various apps. But Monkajaro eases the configuration process, doing much of the initial legwork for you. It's a superb, utilitarian Raspberry Pi distro.

Your turn: Which Raspberry Pi compatible Linux OSes are YOU using?