The Raspberry Pi is a small but mighty single-board computer (SBC). Boasting up to 8GB of DDR4 RAM, the Raspberry Pi delivers ample computing performance in an energy-efficient package. With its ability to handle many daily tasks such as web browsing, photo editing, and even podcasting, the Raspberry Pi can function as a competent desktop replacement. Since streaming video doesn't require many resources, the Pi can be a solid entertainment and productivity device. With Widevine support for Chromium, the Pi now can run Neflix. Learn how to stream Netflix on the Raspberry Pi!

How to Stream Netflix on the Raspberry Pi

Many streaming services such as Netflix require digital rights management (DRM) to properly play in a web browser. Previously, the default web browser on Raspberry Pi OS (formerly known as Raspbian), Chromium, lacked the correct DRM which is Widevine. Streaming video on demand (SVOD) sites including Netflix, Hulu, and Disney+ need Widevine in order to correctly stream video and audio.

But as of March, 2021, the official Raspberry Pi package now includes Widevine. Therefore, you can easily install Widevine on the Raspberry Pi for streaming from Netflix.

To stream Netflix on the Raspberry Pi, you'll need only a few items. First, a Raspberry Pi 4 or Raspberry Pi 400. I recommend the 4GB or 8GB model. Additionally, you'll need a keyboard and mouse. Since Widevine is available in the official Raspberry Pi packages, you'll need to run Raspberry Pi OS which must be mounted on a microSD card, 16GB or larger. A power supply is necessary to provide enough juice for the Pi, while an HDMI cable sends a video signal from the RasPi to a compatible monitor, TV, or projector. I also suggest using a case and a fan or heatsink. Plus, you'll need an active Internet connection.

Begin by running an update to ensure fetch the list of packages that require updates:

After that, your Raspberry Pi OS system should be completely up to date.

Because Widevine is offered in the official Raspberry Pi package list, you can easily download it via the command line. In a new terminal window, run:

Wait for Widevine to finish installing. When that's finished, there's still one more step before you can begin binging your favorite Netflix movies and shows.

Reboot your Raspberry Pi by running the terminal command sudo reboot or by navigating to Menu > Logout > Reboot.

Once you've rebooted your Raspberry Pi, simply pop on over to Netflix where you can begin streaming in a browser on Netflix. In my testing, even opening up a full-screen window worked flawlessly. 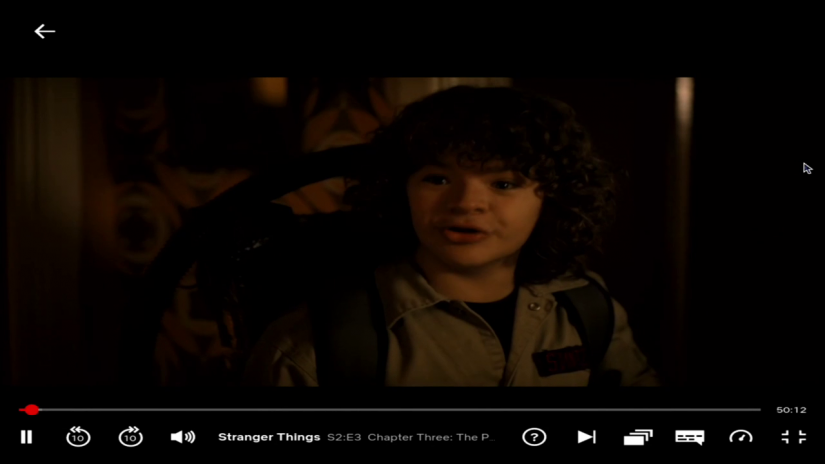 How to Stream Netflix on the Raspberry Pi - Final Thoughts

Although there are some Android images for the Raspberry Pi, Linux distributions (distros) for the Pi are more stable. And with newfound Widevine DRM support, the Raspberry Pi can comfortably stream Netflix, Hulu, Disney+, HBO Max, and Spotify. Alternatively, you can also run Kodi on the Raspberry Pi and install the unofficial Netflix for Kodi add-on.

Your turn: What Netflix shows are you binging, and what HTPC projects are you using your Raspberry Pi for?