While you can buy many handheld game consoles such as the Nintendo Switch or GPD XD Plus, there are loads of do-it-yourself portable handheld retro game consoles on the market. The RetroFlag GPi case, ClockworkPi, and Odroid-GO are all great for gaming. Hardkernel's Odroid-GO Advance offers powerful, portable hardware for retro gaming on the go. While there are several different retro gaming operating systems (OSes) for the Odroid-Go Advance, Recalbox's user-friendliness and slew of features makes it a good choice for many gamers. Learn how to install Recalbox on the Odroid Go Advance!

Recalbox is a Linux-based retro gaming OS that runs on a variety of different devices including single-board computers (SBCs) like the Raspberry Pi and Odroid XU4, x86 PCs, and retro gaming handhelds such as the Odroid Go Advance.

There's wide-ranging platform support for everything from arcade games such as MAME to consoles like the Super Nintendo Entertainment System (SNES), Sega Mega Drive, and PlayStation Portable (PSP). With around 150 indie games installed, Recalbox comes ready for use out-of-the-box. It's a retro gaming OS engineered with user-friendliness and simplicity in mind. At the same time, Recalbox is incredibly powerful and customizable. In a February 2021 update, Recalbox added the Odroid-Go Advance and Odroid-Go Super to its list of compatible hardware devices, complete with support for power consumption optimization, an easy-to-use setup wizard, sleep mode, volume and brightness controls, and more.

What is the Odroid-Go Advance? 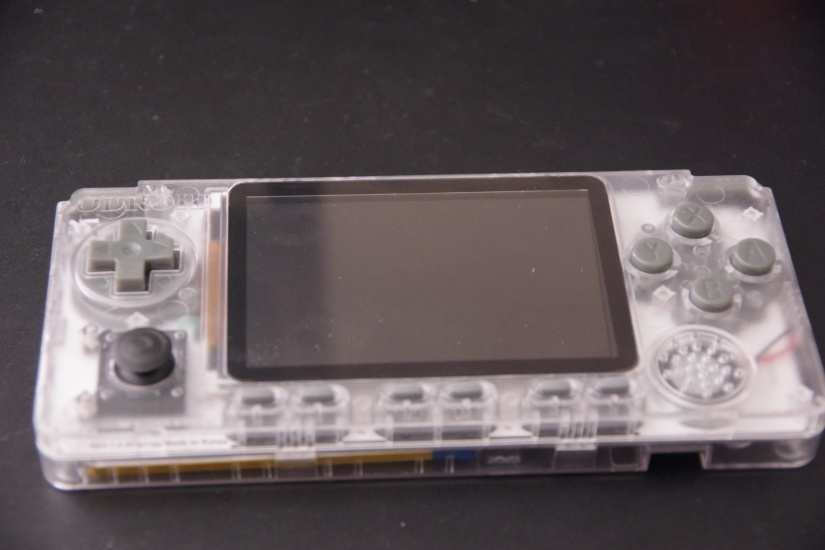 With a pretty potent CPU and GPU combo, especially when paired with a 320 x 480 LCD screen, the Odroid Go Advance can handle emulation of a slew of game systems ranging from the Atari 2600 all the way up to the Sony PSP.

How to Install Recalbox on the Odroid-Go Advance

For a portable, handheld retro game console with the Hardkernel Odroid Go Advance and Recalbox, you'll need a few items. First, the Odroid-Go Advance system itself. A microSD card is necessary for installing an operating system (OS). While you'll need at least a 16GB microSD card, a high-capacity 64GB or larger card is best for holding lots of ROMs, and particularly ROM files from newer systems such as the PSP, Nintendo 64 (N64), and PlayStation 1 (PS1) that feature larger file sizes.

On the software side, you'll need the Recalbox Odroid-Go image. To burn that image to a microSD card, you'll need image mounting software like Etcher. And of course you will want ROM files (legally obtained). Plus, you'll need an active Internet connection.

Next up, pick your hardware. You can choose Handheld, or browse for the Odroid-Go Advance Recalbox image with View all Recalbox images.

Click Handhelds or View all Recalbox Images, and then choose Odroid-Go Advance.

Now, download the Recalbox for Odroid-Go Advance image and wait for the file to finish downloading.

Write Recalbox for the Odroid-Go Advance to a microSD Card 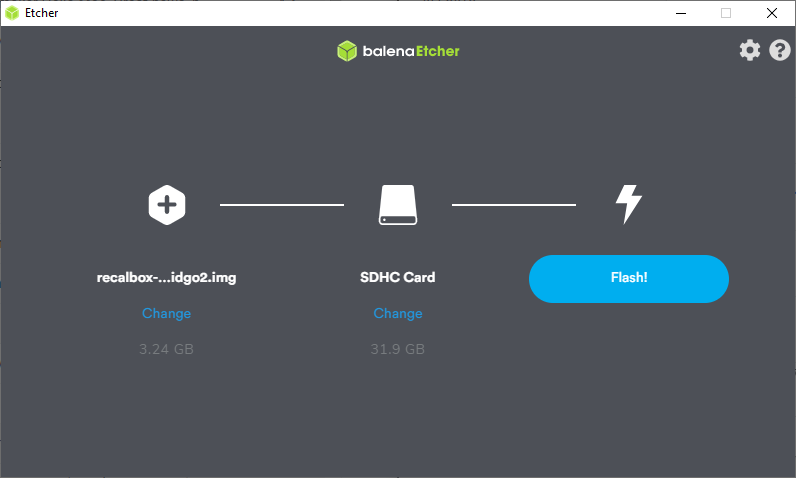 When your Recalbox image and microSD card are both properly selected, go ahead and hit flash. Then, just wait for image mounting to finish. After image burning finishes, take your microSD card, pop it into your Odroid-Go Advance, and power it up.

With your microSD card successfully flashed and inserted into the Odroid-Go, power on your device. You'll be greeted by the Recalbox OS. Initially, the controls on my device didn't work (on Recalbox 7.1.1). After some sleuthing, I discovered a simple fix of adding a few lines of code to the es_input.cfg folder under system/.emulationstation/. Open up the es_input.cfg file with a notepad editor, then add:

Save the file, pop your microSD card back in the Odroid Go Advance, and boot up. Now, you should be able to use the built-in controls. Follow the on-screen prompts for the getting started tutorial, and you should be good to go.

Adding ROMs to Recalbox on the Odroid Go Advance 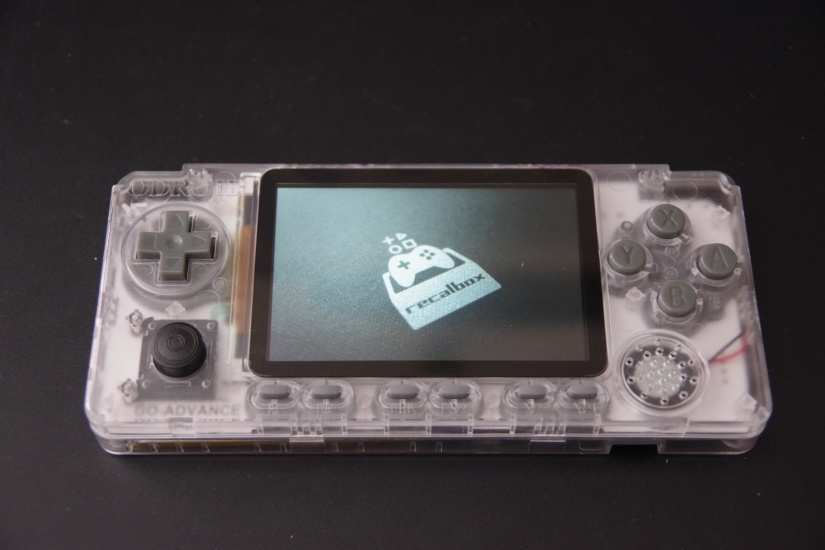 Out-of-the-box, Recalbox features a bunch of free, legal ROMs including indie games. But you can always add your own. The easiest way to accomplish this is by using the share partition of the microSD card. Power off your Odroid-Go Advance, pop your microSD card into your PC, and navigate to the Share folder. 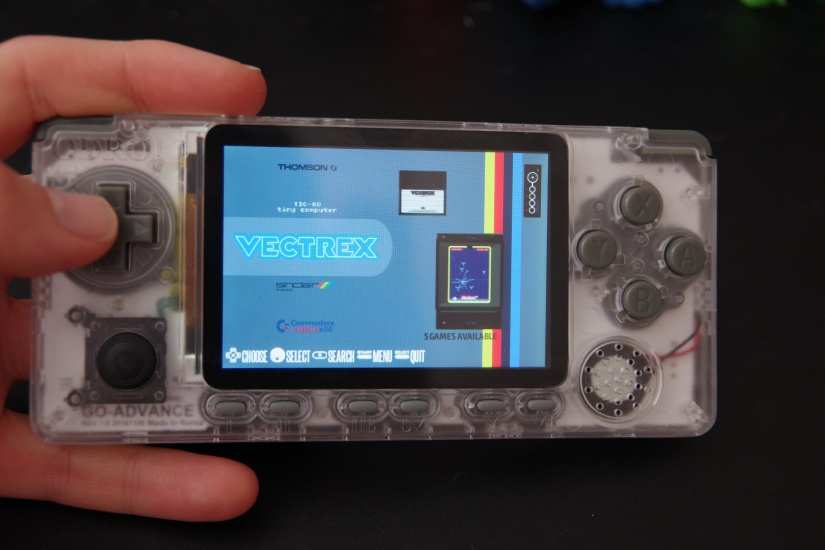 Then, look under ROMs. Find the appropriate system folder, such as PSP, and drop your ROM files inside. When you're finished, simply place your microSD card back into the Odroid-Go Advance, boot it back up, and your ROMs should be available. 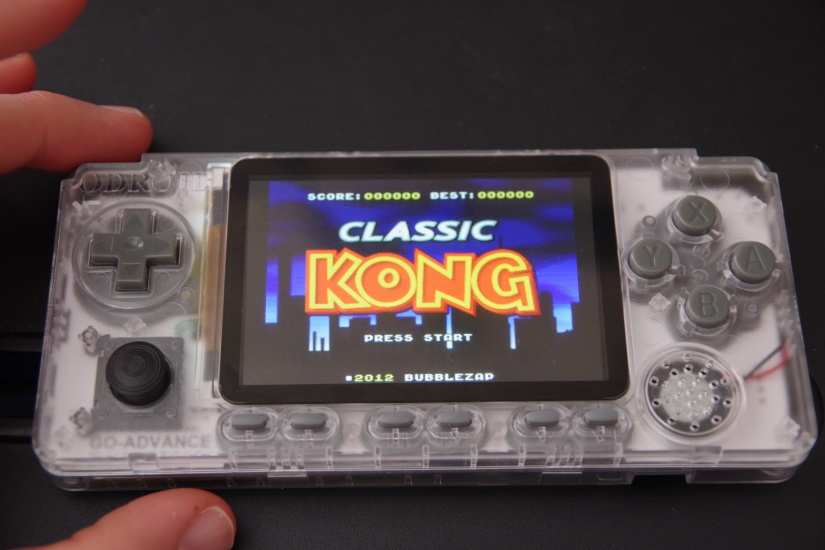 Its quad-core processor can handle many systems. PlayStation 1 games work great, and even a lot of Nintendo 64 titles run problem-free. I was able to play Mario Kart 64, GoldenEye 64, and Wu-Tang: Shaolin Style. 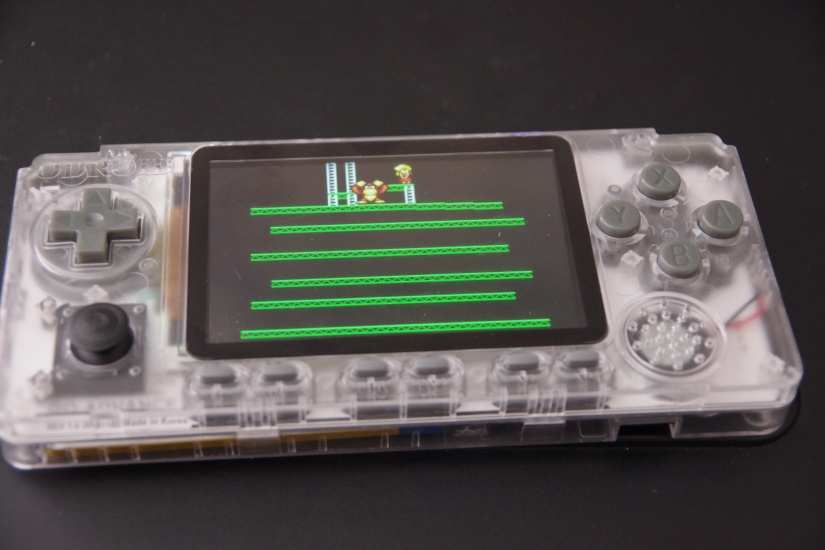 Some N64 and PSP titles don't run flawlessly. But with its 3.5-inch 320 x 480 TFT LCD screen, the quad-core CPU plus the Mali GPU will handle most N64 and older ROMs, plus a lot of PSP games. The ability to run so many games on a tiny device that fits in your pocket is absolutely fantastic.

How to Install Recalbox on the Odroid GO Advance - Final Thoughts

Maker boards are only as good as the software running on top of the hardware. Thankfully, Recalbox runs extremely well on the Odroid Go Advance. It's easy to install, simple to set up, and includes a bevy of different ROMs such as indie games.

Your turn: what retro gaming OSes are you running, and which retro games are you playing?