While single-board computers (SBCs) such as the Raspberry Pi run Linux desktops extremely well, many non-Linux distributions (distros) provide greater choice for desktop use. For instance, you can make an Android desktop or run the likes of FreeBSD, OpenBSD, and RISC OS on many maker boards. Chromebooks have become increasingly popular because of their lightweight desktop environment as well as ease of use. Although tons of Chrome OS laptops are available off-the-shelf, you can instead make your own DIY (do-it-yourself) Chrome OS desktop by installing Chromium OS on the RockPro64!

What is Chromium OS and Why Should You Use It?

Chromium OS, not to be confused with the Chromium web browser, is a browser-based operating system. Developer ayufan, who has created several operating systems for the RockPro64 including a really polished Debian release, presents this ChromiumOS build for the RockPro64 as well as the PineBook Pro. It's compatible with loads of components such as the optional Wi-Fi adapter and Bluetooth module, USB 3.0, USB 2.0, and USB-C. Impressively, USB-C OTG, USB-C as USB 3.0, and USB-C as a display are all supported. Plus, there's speaker, headphone jack, and eMMC compatibility.

On the software side, ayufan's ChromiumOS features desktop acceleration, GPU acceleration, VPU acceleration, and a slew of other features. Notably, you can install Widevine DRM on the RockPro64's Chromium OS build. That means you can stream content from the likes of Netflix.

Why You Should Use Chromium OS

Because of its lightweight nature, Chromium OS is a superb operating system for web browsing and general use. You can even stream from the likes of Netflix with Chromium OS on the RockPro64. As a basic PC for visiting your favorite websites and even a bit of media playback, Chromium OS is a neat pick.

What You'll Need for a RockPro64 Chromium OS Desktop

A Chromium OS PC running on a RockPro64 is super simple to make. You'll need a RockPro64 board, case, microSD card or eMMC module, power supply, case, and peripherals such as a keyboard and mouse. Additionally, you'll require ayufan's Chromium OS image, image mounting software such as Etcher, unzipping software like 7Zip, and an active Internet connection.

Total cost: $80+ USD. You can pick up a 4GB RockPro64 for around $80. Then, any accessories are extra, but chances are you'll likely have at least a few of these lying around such as a microSD card.

Begin by heading over to the Chromium OS for the RockPro64 GitHub page where you can download the Chromium OS ISO. It's also available for the Pinebook Pro for a do-it-yourself Chromebook alternative. proceed to download either the latest stable image or dev image of Chromium OS. Since it's an img.xz file, you may need to extract the compressed IMG file to install it on a microSD card or eMMC module.

If you choose to decompress the zipped img.xz, goo ahead and do so. Once you're ready to mount your Chromium OS image, point your image mounting software such as Etcher at your IMG file as well as your boot medium, either an eMMC module or microSD card. When everything is properly configured, flash your image. Once your image successfully writes to the disk, remove your bootable media, pop it into your RockPro64, and power on the board. 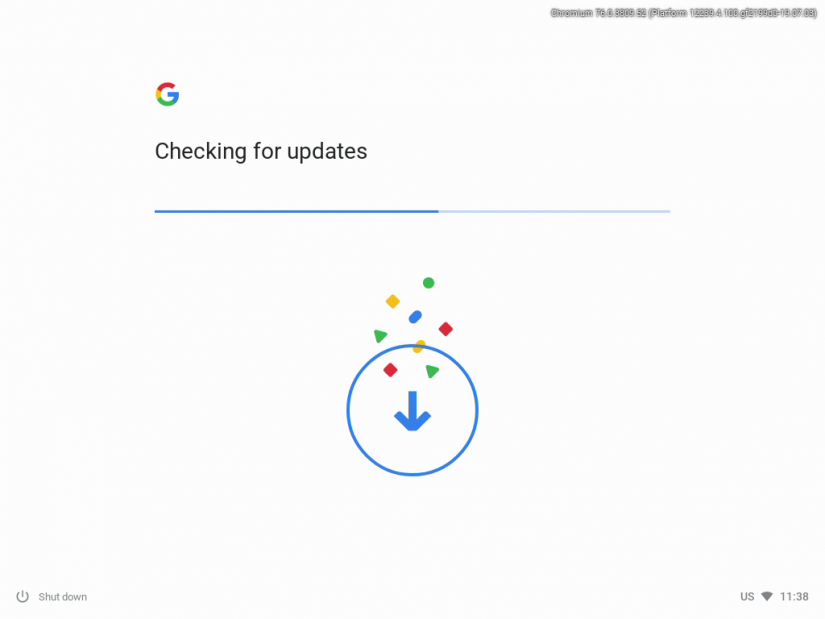 Once you've gotten into Chrome OS, you might want to perform a few basic maintenance items. 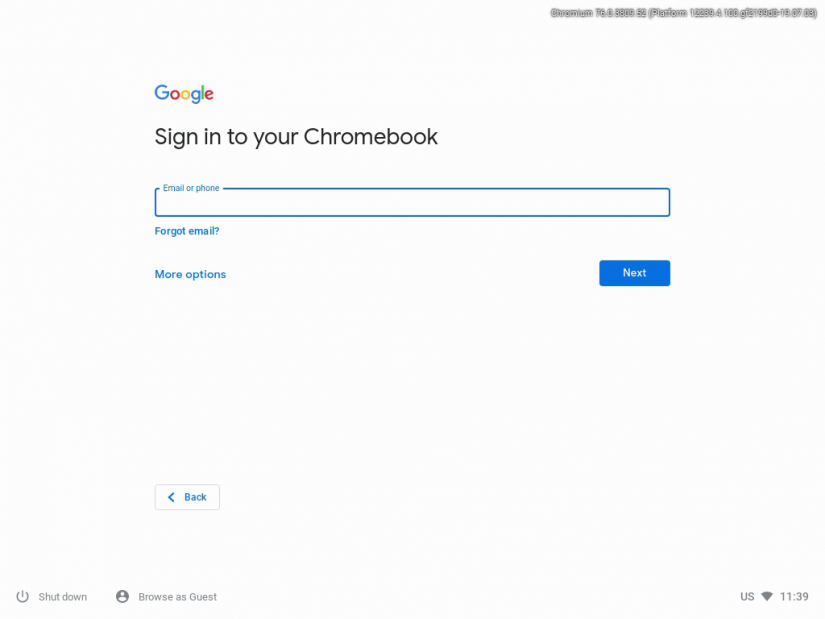 First, you should resize your STATE partitions. Hit CTRL + ALT + F2 to drop down to the Chrome OS terminal. Since Chromium OS is Linux-based, you'll benefit from full command-line access. Now, login with the username chronos and password chronos.

In the command line, enter:

When prompted, enter the password chronos. Now, head back to your Chromium OS desktop with CTRL + ALT + F1.

Similarly, you can install Widevine DRM on the RockPRo64 running Chrome OS. Press CTRL + ALT + F2 and login using the username and password of chronos/chronos.

At a command line, run:

Widevine DRM should be successfully installed, and you can enjoy streaming content from the likes of Netflix. 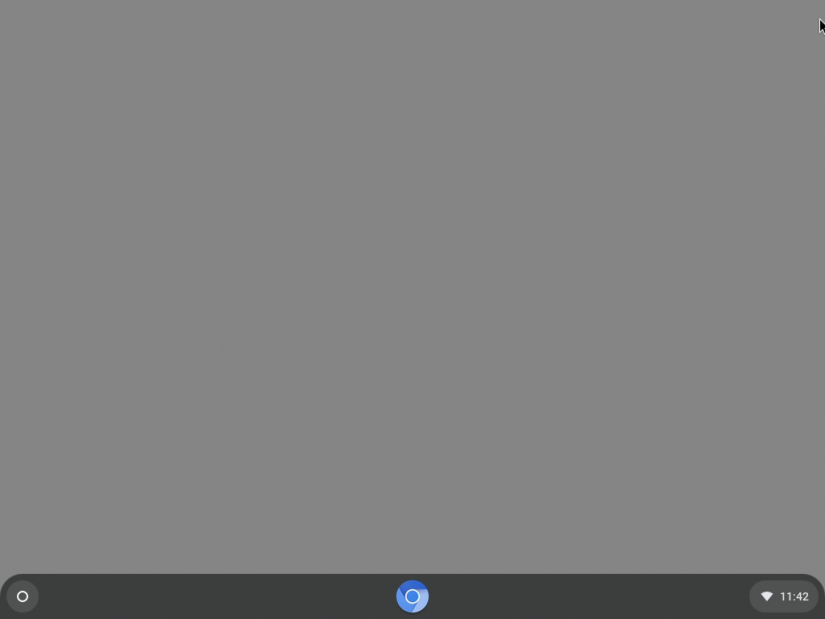 Chrome OS is lightweight and runs extremely efficiently on the RockPro64. With its Rockchip RK3399 system-on-a-chip (SoC) and 4GB of RAM, the RockPro64 handles Chromium OS easily. Upon first boot you'll need to slog through a quick set up which includes getting connected to the internet and logging in with a Gmail account. Then, you're up and running. 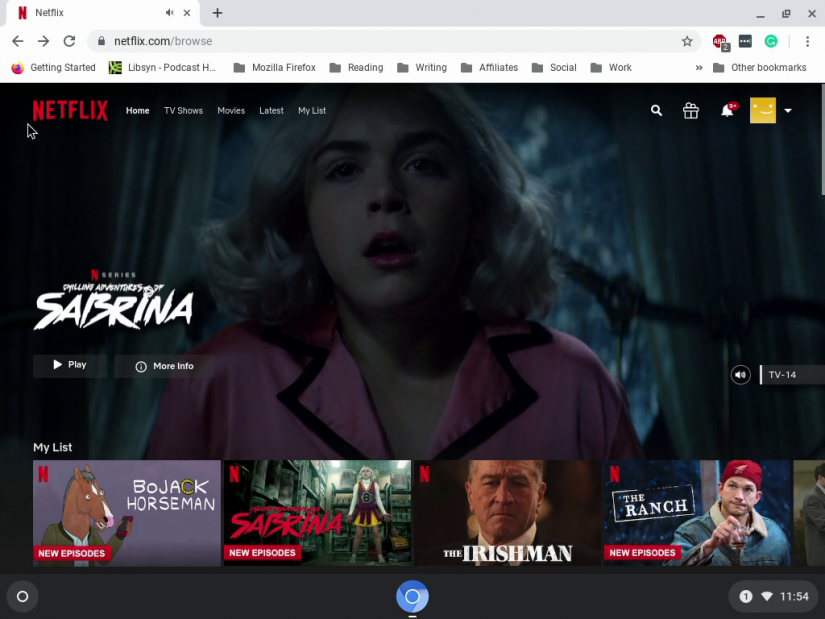 With its beefy hardware, the RockPro64 is more than capable of handling Linux distros. As such, the cloud-based Chromium OS poses no challenge. I appreciated the quick start-up time, and the ability to access a ton of different apps and websites. Streaming from Netflix worked like a charm after Widevine DRM installation. I also found the RockPro64's Chromium OS build suitable for writing and editing. Running browser-based apps such as Netflix works great, and there are tons of apps for Chromium OS that you can download. I was able to install Chromium OS Android apps such as Slack and Google Play Music.

It's a great option for basic desktop use. Sure, you won't replace your desktop PC necessarily. But Chromium OS on the RockPro64 transforms this single-board computer into an incredibly functional desktop. Although Pine64's RockPro64 is pretty well specced, you don't want to bog it down with a system resource-intensive operating system. And that's exactly where Chrome OS shines, in its lightweight cloud-based platform. While I didn't test it out, the Playbox enclosure for the RockPro64 could allow you to make a DIY Chrome OS tablet with Chromium OS on the RockPro64.

Should You Use Chromium OS on the RockPro64

The main downfall of many would-be Raspberry Pi killers is lack of support. Thankfully, the RockPro64 benefits from a slew of different operating systems. If you're looking for a Linux alternative that runs really well on the RockPro64, consider Chromium OS. It's lightweight and takes full advantage of the underlying Rockchip RK3399 SoC. I enjoyed its ability to run Android apps, and Widevine DRM compatibility lets you stream content from Netflix. This is a superb Chromium OS build. For general office productivity and even a bit of light media streaming, a DIY RockPro64 Chrome OS desktop works wonders.

Your turn: What OSes are you running on the RockPro64 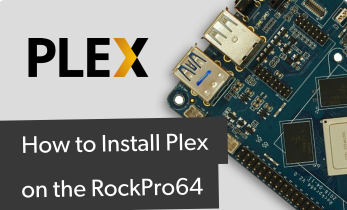