There are tons of single-board computers (SBCs) on the market. While the Raspberry Pi remains the most popular maker board on the planet, and for good reason, loads of Raspberry Pi alternatives exist. One of the best development boards you can buy is the RockPro64. With its Rockchip RK3399 processor, Mali T860MP4 GPU, and up to 4GB of LPDDR4 RAM, the RockPro64 is an excellent SBC for several purposes including retro gaming emulation and network-attached storage (NAS) device use. Learn how to install Plex on the RockPro64!

Why the RockPro64 Makes an Excellent Media Server

The RockPRo64 balances performance with affordability, and in a small form factor. Clocking in under $100 USD, the RockPro64 is a well-supported dev board. It's capable of running a variety of Linux operating systems (OSes) including Ubuntu, Debian, and DietPi. The RK3399 CPU should be able to handle at least four simultaneous 1080p non-transcoded streams as well as one transcode. Onboard, the RockPro64 features a PCIe 2.1 x4, eMMC module, microSD card slot, and four USB ports (1 x USB 3.0, 1 x USB Type-C, 2 x USB 2.0). Youc an also connect NVMe drives to the RockPro64 using the Pine64 SSD interface, and SATA drives using the RockPro64 PCIe interface card.

What's more, among the available RockPro64 cases there's a NAS case complete with desktop and laptop harddrive slots. As such, it's a solid device that, from a hardware and software perspective, is perfectly suited to spinning up a home lab.

Why You Should Use Plex

While you can select from an array of different media server programs, ranging from Plex and Emby to Jellyfin, Plex is a good all-around server solution. Not only is Plex user-friendly, but it's great for power-users too. Aside from its NAS capabilities, Plex includes various cord-cutting features such as live streaming TV channels, free and legal ad-supported movies and shows, the ability to hook up an over-the-air (OTA) TV antenna for live TV and DVR, podcast aggregation, web shows, and more. Plex is a fantastic server and streaming platform rolled into one.

Why you should use Plex:

What You'll Need for a RockPro64 Plex Server

A home lab using Plex on the ROckPro64 is pretty inexpensive. You'll need a RockPro64, microSD card or eMMC module loaded up with your preferred Pine64 RockPro64 Linux distribution (distro), and an optional but recommended case. I suggest using the metal desktop case, but other options should work just fine. You'll need a download of Plex, and a collection of (legally acquired) digital movies, TV shows, and music files. Plus, a Plex RockPro64 NAS requires an active Internet connection whether Wi-Fi or Ethernet. And you'll need a display device, either an HDMI or DisplayPort enabled device connected to your RockPro64, or another PC on the same network as your RockPro64 for installing Plex via SSH. And for streaming your media collection from a RockPro64 Plex server, you'll need a Plex client device.

Total cost: $70+ USD. You can snag the 2GB RAM RockPro64 for about $70, while the 4GB model retails for around $90. Then, you might need to shell out for any additional parts and pieces such as a case or power supply.

As with any software installation, it's best to first run an update.

Next up, navigate to the official Plex website and download the correct installer. Select Linux > ARMv8. Once the download completes, you'll have a Plex DEB file.

Either use the graphical user interface (GUI) too locate your Debian file where you can double click it and run the installer, which prompts you to enter your system password, or change directory into the downloads directory, then install the DEB with the command line (where you replace /path/to/file and YourPlexInstaller with the correct variables):

After that, Plex should be successfully installed. Then either on your RockPro64 directly head to localhost:32400/web or, if you're using another PC on the same network as your RockPro64, navigate to [RockPro64 IP address]:32400/web. You can find our your IP address with:

Now that you've successfully installed Plex, you'll need log in and perform some basic set up such as adding your media folders. If you've already got an account, enter your Plex credentials. If not, you can register with an email address and password or create an account using the likes of Google, Facebook, and Apple. Upon logging in, the first step is giving your server a name such as RockPro64 or PlexFlix.

Then, add your media files. You can have them organized however you like, but it's best to keep movies, TV shows, music, and photos in their own respective folders. I suggest having a main folder for each content type, then a sub-folder per movie, show, or musician. For TV series and music, I recommend using further sub-folders for seasons and albums. For instance, the classic Stephen Spielberg film "Jaws" would be under Movies/Jaws (1975)/[Jaws movie file]. "The X-Files" would fall under TV Shows/The X-Files/Season 1/["X-Files" season 1 episodes]. And for music, you could use Music/Wu-Tang Clan/Enter the 36 Chambers/[Enter the 36 Chambers tracks].

Plex streaming performance will vary based on several variables. Network speed and reliability, video and audio file type, and the Plex client you're using will all dictate the streaming experience. But generally, the RockPro64 should be able to achieve four, possibly five 1080p non-transcoded streams. You can transcode a single 1080p file. Although it's not going to deliver the same caliber performance as a dedicated server, the Pine64 RockPro64 should be able to come near or match many NAS boxes, particularly the Intel Atom CPU-powered network-attached storage devices.

While the RockPro64 isn't a beast of a server with the ability to transcode multiple simultaneous 4K videos, it's a beefy SBC for the price. You can certainly find more capable hardware, but the price to performance ratio of the RockPro64 makes it a compelling do-it-yourself (DIY) home media server. And Plex is a great choice for a variety of users, from budding homelabbers to seasoned server enthusiasts. In addition to Plex, there are plenty of other RockPro64 server apps you can use.

Your turn: What devices are you running Plex on? 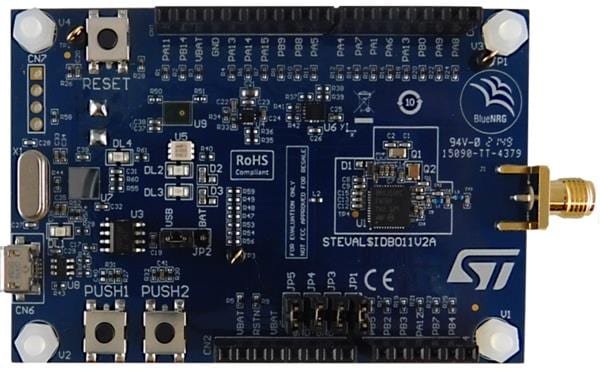 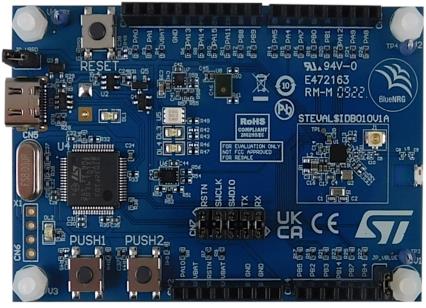 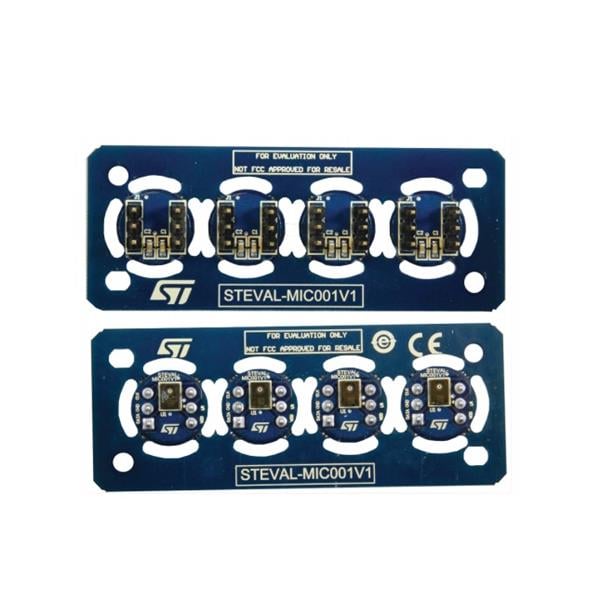 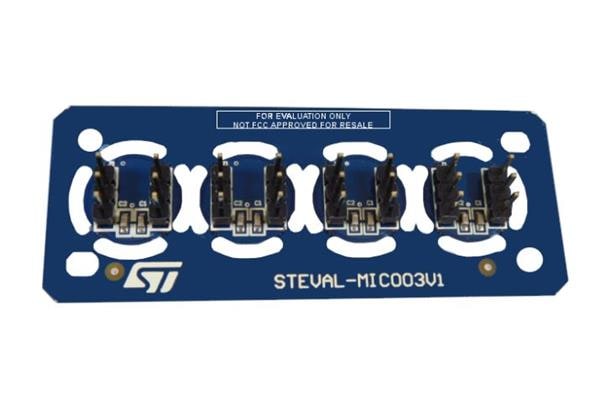 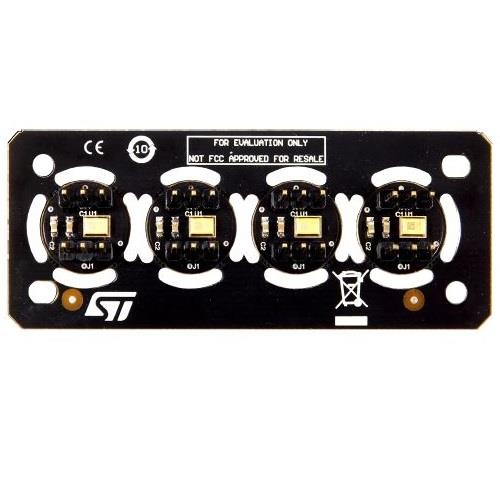 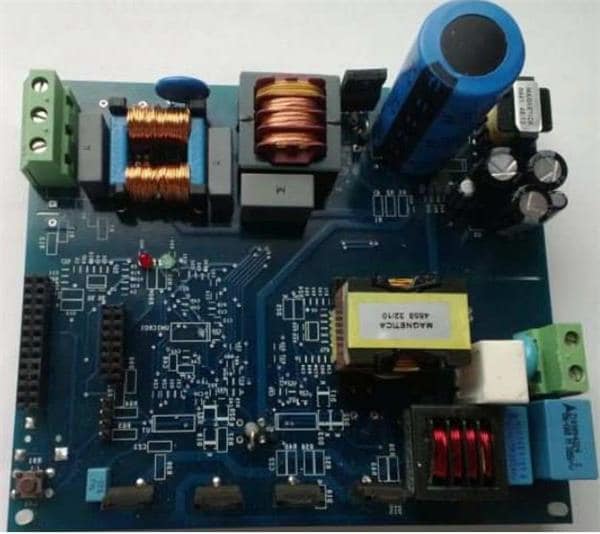 150 W Hid Digital Ballast Based On The Stlux385a