The Raspberry Pi has a ton of different uses. Since it's small and energy-efficient, uses such as a network-attached storage (NAS) device, media server, game server, smart home hub, or any number of Internet of Things (IoT) projects run extremely well on the Raspberry Pi. Since the credit card-sized Raspberry Pi sports a tiny footprint and sips power, it's ideal for an always-on device. And with superb internet connectivity, whether running on a wireless network or via a wired Ethernet port, the Pi is suitable for handling network traffic. Learn how to build a Raspberry Pi VPN (virtual private network) server!

What is a VPN and Why Should You Use One?

Ok, so what is a VPN? It's a virtual private network, a means of connecting to the internet with a secure, private connection. Rather than using your IP address, network traffic is routed through a gateway server, so you'll have public-facing IP address of another location. For instance, you might be located in New York City, but with your VPN, making it look as if you're connecting in London, UK.

Great, but why should you use a VPN? There are tons of motivations for using a VPN. With an increasing number of snooping ISPs (internet service providers), many users simply want the security of a VPN masking their web traffic. Since you can use VPN servers for different countries, a VPN offers a nifty means of unlocking geo-protected content. Perhaps you're based out of the UK, but traveling to the United States, and still want to be able to stream the BBC. A VPN can help with that. On public, unprotected Wi-Fi, a VPN adds a layer of security by masking your IP address. Plus, many VPN options alow you to set up a home VPN server for connecting to your home network from anywhere, a useful feature for the likes of server management. (Note: we at Electromaker do not condone illicit activity, so please only use a VPN for legal actions).

Why use a VPN:

A Raspberry Pi VPN server is pretty easy and cheap to build. You'll need a Raspberry Pi board, compatible Linux operating system such as the Debian-based Raspbian, a VPN provider, power supply, microSD card for hosting your operating system (OS), and optional but recommended case. You'll also require an active internet connection, peripherals including a keyboard and mouse, plus a display of some kind. While you can use your Raspberry Pi hooked up to a display such as a monitor, TV, or projector, you might prefer to SSH into your Raspberry Pi instead.

What you'll need for a Raspberry Pi VPN server:

Total cost: $35+ USD. You can get started creating a VPN server with a Raspberry Pi for as little as $35. If you opt for a Raspberry Pi Zero or Zero W, that cost lowers even more. I recommend a Raspberry Pi 4, although virtually any Pi board should work.

What is the Purpose of this Raspberry Pi VPN Server?

When you subscribe to a VPN service such as IPVanish, VPN Unlimited, or Private Internet Access, you're routing internet traffic through servers in different locations to then mask your IP address. This might be to give you more security or allow access to different services. Building a Raspberry Pi VPN server affords the same functionality, but in this case you're connecting to a server, your Pi, running on your home network. So any client devices, like a phone or PC, will route traffic through your Pi and thus appear as though they're on your home network. If you're traveling abroad, you can connect to the Netflix of your home country by relying on a Raspberry Pi-based VPN server. Or perhaps you need to access files on your home server when traveling. Simply VPN into your home network for access.

Arguably the easiest methods for running a Raspberry Pi VPN server is with PiVPN, an OpenVPN configuration too. As a word of caution: running PiVPN runs a script downloaded from the internet, so you'll want to trust the source. While I haven't personally scoured their GitHub codebase, everything seems to check out and it works like a champ on my Raspberry Pi.

Begin by running an update:

Next up, run the PiVPN installation script:

If you prefer the unstable test branch, enter:

And that's it! Sort of. The script launches a PiVPN automated installer. You'll receive a message informing you that "This installer will transform your Raspberry Pi into an openvpn server!" Click Ok and continue.

Next up, select a static IP address, then hit Ok. Choose either wlan0 or eth0 for wireless or ethernet respectively. Highlight the option you wish to choose, press spacebar to add an asterisk beside that choice, then hit Ok when you're ready.

Then, there's a message asking if you'd like to use your current newtork settings as a static address. You can review your IP address. If you're satisfied, press Yes and continue.

PiVPN now confirms your IP address settings. Wait a bit, and you should now see a screen asking you to pick a local user to hold your OpenVPN configuration. Click Ok. Then, you should be able to select a user. On my Raspberry Pi, I had one option: Pi. Press the spacebar to select it and an asterisk will appear next to Pi. After that, hit Ok.

If PiVPN begins installing OpenVPN, you'll see a notification about selecting an OpenVPN port. By default, that's 1194 but you can change it. I left this unchanged. Press Ok.

A screen lets you know that default values for fields used in a security certificate will be reviewed. Select Ok, and review the different fields including country, state, city, and more. You can change these, or leave them as-is. I left them unaltered and pressed Ok. Again, confirm that these fields are correct and pick Yes.

OpenVPN will now create your encryption keys, so click Ok. Wait for your encryption to generate keys. Depending on your level of encryption, this might take a bit of time. Go grab a cup of coffee or a pint, walk your dog, or fire up your favorite video game while you wait. Upon completion, OpenVPN prompts you if you've got a public DNS entry you'd like to use versus a public IP address. Select your preferred option, and continue.

Should you opt for a DNS entry, PiVPN asks you to give your public DNS name. Then, pick a DNS provider such as Google and OpenDNS. Enter that and press Ok. Alternatively, selecting IP address lets you enter your IP address.

Installation is complete, and you can run pivpn add which will create ovpn profiles. You'll be prompted to reboot your Raspberry Pi so select Yes.

After restarting, go ahead and update again:

Then, configure your VPN client:

You'll need to select a name for your client and specify a password that will be used for connecting to this VPN. After you set up your first OpenVPN client, there's an .ovpn file for the newly-created client, and you need this to log in on a client device.

Install OpenVPN on the Raspberry Pi

Alternatively, you may prefer to simply install OpenVPN for the Raspberry Pi on a Linux distro such as Raspbian, Debian, Ubuntu, Linux Mint, or another OS.

Begin by performing an update:

Check that your time zone information is correctly configured:

Select any add-on services, choose your country, region, and protocol, either UDP or TCP.

Make sure you're running with root privileges:

And check your connection using:

To check that OpenVPN is running on your Raspberry Pi, enter:

Now, OpenVPN should be properly installed on your Raspberry Pi.

In order to connect to your Raspberry Pi VPN server, you'll need to run client software. For macOS, Tunnleblick is a solid choice. On Windows, you can use OpenVPN. And for Android or iOS mobile devices, OpenVPN Connect is a great option. Once you've got a client installed, you need to copy the client configuration .ovpn file to your device. Then, you can connect to your Pi VPN server.

How to Set Up a Port Forward

Once you've accessed your router, you'll need to login. The default user name is admin and the password at default is usually admin. If you're like most users, you never bothered to change this, but if you did, congrats! Enter your custom user name and password.

Enter your information such as a port range or port number. For a single port, you'll enter the same number for Internal and External. Or, for a range, use Start and End. The website PortForward shows many frequently-used ports. Input information such as UDP, TCP, or all. And of course, type in your static IP where it's specified. Toggle your port forward to either on or enabled. Then, you should be good to go. Again, the login and wording varies somewhat by router manufacturer, but it's generally standard. 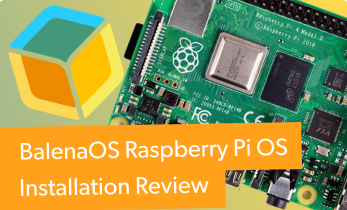