What specific hardware you’ll need to automate your home with a Raspberry Pi might vary somewhat based on optional peripherals. However, for a basic Raspberry Pi smart home hub, you’ll need:

1. Home Assistant - Automate Your Home with a Raspberry Pi 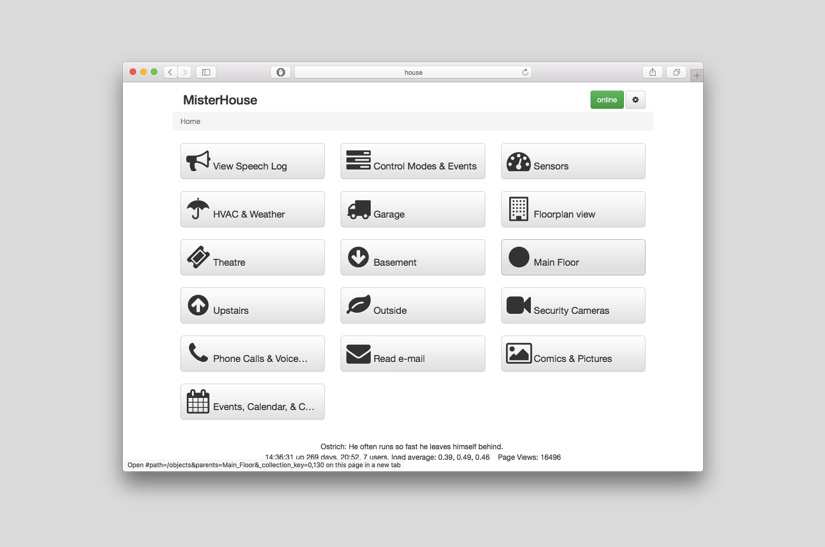 A superb Raspberry Pi smart home automation option, MisterHouse uses Perl scripts for monitoring items that can be queried or remote-controlled. There’s voice command capability and may perform functions such as turning on and off the lights, recording television shows, and even announcing phone calls. In addition to Linux OSes, MisterHouse runs on Windows PCs and macOS devices. With its excellent documentation and wide range of platforms it can run on, MisterHouse is a top choice for home automation with the Raspberry Pi.

There’s a solid write up about running OpenHAB on a Raspberry Pi. As the OpenHAB official website allows, the Pi is a great hardware choice because of its energy efficiency and tiny footprint. This well-known smart home automation tool is open-source and carries a dedicated community. You’ll find companion apps for mobile devices like iOS and Android, over 200 integrations for systems, devices, and technologies, plus simple startup. I've used OpenHAB to automate my home with a Raspberry Pi, and love its ease of use yet robust feature set. 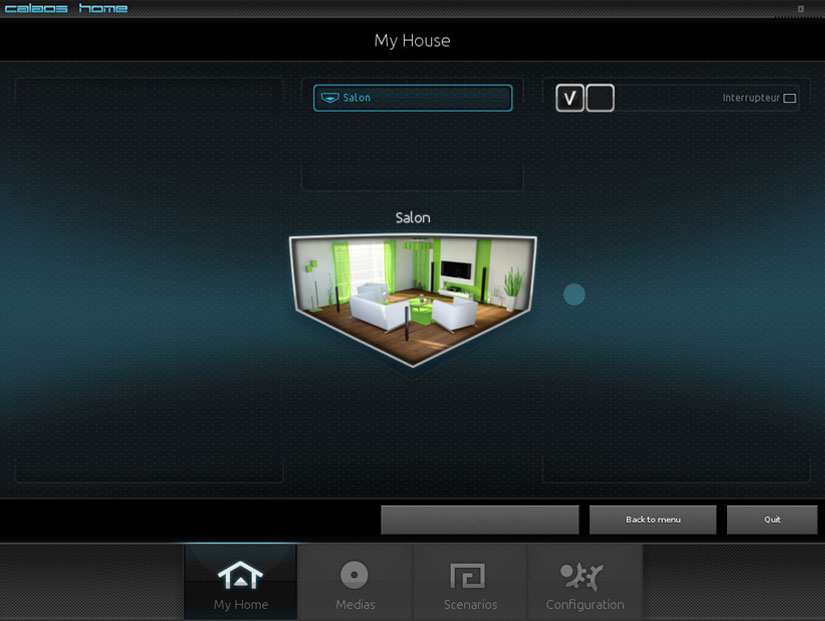 A comprehensive smart home automation OS, Calaos offers a staggering amount of support. There’s touchscreen interface compatibility, native Android and iOS apps, a Linux OS foundation, web app, and even server functionality. Installers include a Raspberry Pi image, Cubieboard releases, images for Intel chipsets, and more. Note that many sections of the Wiki and forums are in French. For non-French speakers, this may be a slight downside, but translation tools can help. Additionally, Calaos is fairly simple and intuitive, so you shouldn’t need much instruction. I highly recommend Calaos for a Raspberry Pi project in home automation.

Compatible with: Raspberry Pi 3 B

Whereas the likes of OpenHAB and Home Assistant are smart home platforms for automation and control, Mycroft is a bit different. This virtual assistant is similar to Amazon’s Alexa or Google’s Google Assistant smart speakers. With Mycroft running on a Raspberry Pi, you can make your own Raspberry Pi-based smart voice assistant. All you’ll need is a Raspberry Pi, Mycroft image or Mycroft running in Raspbian, a speaker, microSD card, and USB microphone. You’ll find tons of skills, from NPR news to media control, web searches, and more. While you can make your own Mycroft smart assistant with a Raspberry Pi, you can also purchase a ready-made unit. Mycroft ultimately is a fantastic Alexa alternative.

Compatible with: Raspberry Pi 3, 3 B+

6. Domoticz - Easy to Use Home Automation with a Raspberry Pi 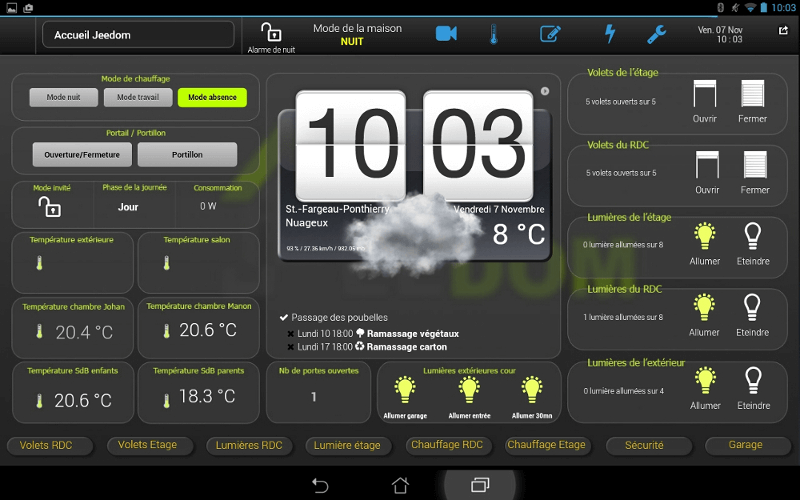 An open-source home automation tool, Jeedom can control many smart devices like lights, mocks, and even media devices. It’s available on Linux operating systems and runs like a champ on the Raspberry Pi. For control on the go, there are mobile apps for Android and iOS. Notably, Jeedom does offer a pre-fab solution for a device that’s ready to use out-of-the-box.

A unique choice for the Raspberry Pi, OpenNetHome is intuitive to install and use. With this open-source smart home platform, you can monitor and control many devices including dimmers, fire alarms, thermometers, moisture sensors, and more. Based on Apache and Java, it’s also available on Linux Pcs, Windows, and macOS computers.

10. MyPi - One of the Best Raspberry Pi Projects for Home Automation

As the name suggests, PiDome is a Raspberry Pi open-source smart home automation platform. You'll find a lovely user interface with a customizable dashboard where you can monitor various statistics such as Raspberry Pi temperature, lights, smart home gadgets, plus more. PiDome is a great smart home controller.

Which Raspberry Pi smart home software and Raspberry projects do you recommend? 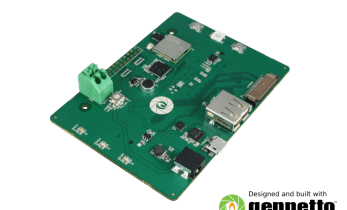