Star Wars remains one of the most beloved film franchises of all time. But the Star Wars universe extends beyond the big screen with terrific TV show spin-offs, video games both good and bad, plus toys, and more. While you can buy many different Star Wars products, why not make your own? Check out the best Star Wars maker projects for out-of-this-world do-it-yourself (DIY) delights!

The lightsaber is a Jedi's preferred weapon of choice. Comprised of a plasma blade, lightsabers are powered by kyber crystals that emit brilliantly colored light. Using an ESP32, you can build a persistence of vision (PoV) Star Wars lightsaber. The ESP32 microcontroller stores all images that are displayed, and its I²C port interfeaces with a gyroscope to receive angular data which provides an estimation of the angle of the lightsaber hilt. Then, based on that angle, the ESP32 transmits data to dictate the pixel colors for the onboard NeoPixels.

This is the droid you are looking for! Robots play a central part of the Star Wars universe, and BB8, introduced in "Star Wars: The Force Awakens," quickly became a fan-favorite. The small, round robot rolled straight into the hearts of many viewers, and into homes in the form of app-controlled robots, action figures, plush toys, and other merch. However, you can make your own BB8 Star Wars remote-controlled droid at home on the cheap. At its core, this BB8 replica is powered by an Arduino UNO. Much of its body is 3D-printed, and all components are standard off-the-shelf fare. What's more, using an HM10 Bluetooth module, this BB8 droid is remote-controlled.

Although you can buy replica lightsabers, you can make your own from the comfort of your home, no kyber crystals required! This easy-to-build, low-cost 3D-printed, collapsible lightsaber is a fantastic project for Star Wars buffs of all ages. It's Arduino-powered and sports attractive RGB LEDs that let you pick from red, green, and blue for the shaft color. Boasting a collapsible design, the blade slots neatly into the hilt. Components are 3D printable and the required electronics are simple to source. Since you can buy this DIY lightsaber as a kit including all parts alongside 3D printable designs, it's a great maker project for Star Wars fans that's simple to follow and complete.

If you've got access to a 3D printer, you can create any number of Star Wars 3D prints. Whether you're looking for cosplay accessories such as blasters or helmets, miniatures and figurines, ship models, or everyday objects like cookie cutters and pen holders, there's definitely a Star Wars-themed 3D model you'll want to 3D print. For design-savvy DIYers, it's possible to create your own models to print. Alternatively, peruse the best 3D printing websites for finding models to print.

Using various electronics parts and pieces including an Arduino Nano and a DFRobot MP3 player module, you can build a professional-looking lightsaber. Renowned maker 314 Reactor aka Mike Darby iterates upon his Arduino lightsaber for an RGB lightsaber build that sports impressive colors. It's customizable, straightforward to cobble together, and loads of fun once it's finished.

While Star Wars might be most often associated with the box office, several Star Wars video games including Knights of the Old Republic and Star Wars Battlefront have ushered the magic of Star Wars into the video game medium. With an Arduino, you can create a lightsaber game controller with motion-sensing technology, perfect for force-sensitive gaming. Pairing an accelerometer and gyroscope along with LEDs with an Arduino provides the ability to make a motion controller similar to the Nintendo Wii's gamepad. Then, you can map its buttons using software like vjoy to create a virtual joystick. It's fun and you can even plan Star Wars video games with the lightsaber controller.

Of all the many Star Wars characters, Boba Fett remains one of the most intriguing. Boba Fett's vehicle and costume are some of the coolest depicted in the vast Star Wars universe. And now you can whip up your very own Boba Fett helmet complete with LEDs. Lots of its required parts are common household items such as cardboard, printer paper, glue, scissors, and other items you've probably got sitting around in a drawer. On the electronics side, you'll need a few cheap components like LEDs diodes, potentiometers, resistors, and an integrated circuit (IC) board. Once complete, the Boba Fett helmet looks great on a DVD shelf, your desk, or wherever you want to put it. While the tutorial is for a small version, you could totally scale it up and make a wearable Boba Fett helmet.

Give your Star Wars movie posters the theatre treatment! Whether you've got a full-fledged home cinema with a projector or simply want to spruce up your living room, an animated LED-backlit movie poster brings the box office home. Making At Home offers a fun tutorial that teaches you how to make an animated "Star Wars - The Force Awakens" movie poster using NeoPixel LEDs and an Arduino Mega. With a built-in motion sensor, you can create a movie poster that's triggered by motion to run for a set period of time. And there's a lot of customization such as setting the brightness. Following Making At Home's process, you can customize pretty much any movie poster you want. Alternatively, if you're tight on space, you could make small movie posters using an Adafruit PyPortal. 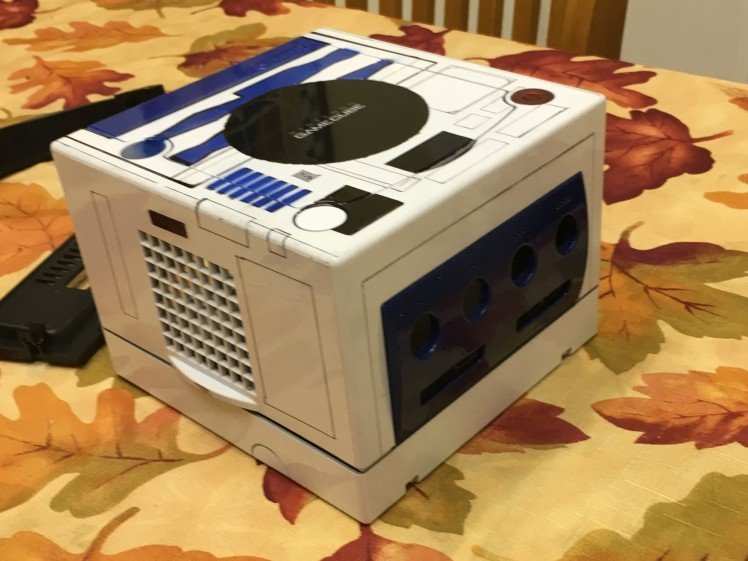 Nintendo consistently scores huge hits with its video game consoles, and the GameCube is still one of my favorite consoles of all time. I've still got a GameCube complete with the elusive GameBoy Player attachment hooked up to my television that sees regular use. For an out-of-this-world flair, try decking out your GameCube with R2D2 designs. You could paint a GameCube case and keep the internals the same, but this tutorial shows you how to swap a Raspberry Pi into a GameCube casing for emulation in an R2D2 shell. Or, you could use any number of different single-board computers (SBCs) for retro gaming emulation.

While these are our favorite Star Wars-themed maker projects, from retro gaming builds to DIY droids, cosplay items, 3D printable models, and everything in between, there are plenty of other awesome Star Wars projects you can make at home. What are YOUR favorite DIY Star Wars projects for hobbyists? 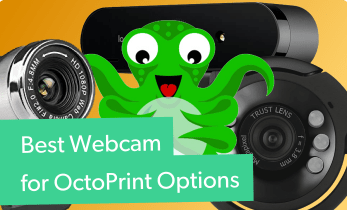