3D printing is an incredibly fun, useful hobby. From printing out miniatures and cosplay accessories to making household objects, use cases for 3D printing abound. While there's no shortage of websites for downloading 3D printable files, including a bevy of Star Wars 3D printable objects, you might choose to design your own files. Perhaps you've got a specialized object in mind, or maybe you just want to model your own prints for personal edification. Regardless, you'll need specialized software. Although the majority of 3D printers come with 3D printing slicers, software to design 3D prints is different. Check out the best 3D modeling software options for 3D printing!

When selecting a 3D modeling app, there are tons of considerations. Primarily, cost, operating system (OS) compatibility, file support, and ease of use dictate which software is best. Many choices offer a free, or freemium plan. Whereas most 3D modeling apps install as a typical program, others are browser-based for use on any internet-connected device such as a Chromebook, tablet, or even phone. File support is key. 3D printing commonly requires STL files, but you might prefer an OBJ or other file type. Finally, ease of use is key. For beginners, a basic program with a low learning curve is best. But intermediate and advanced users as well as bold, unflinching makers might enjoy the challenge of a robust feature set and steep learning curve.

Why You Should Use 3D Modeling Software for 3D Printing

The process of 3D printing itself can be intimidating for newcomers. As such, many makers stick to simply downloading 3D printable files, and there's no shame in that. However, 3D modeling isn't as complicated as it sounds. Sure, it's more involved than merely obtaining an STL, OBJ, or other 3D printable file, but it's pretty feasible to learn. TinkerCAD is easily the best 3D modeling software for beginners. At its most basic, TinkerCAD lets you simply combine basic shapes. However, it's a superb option for complicated 3D design as well. Once you've aced the basics, you can model advanced objects such as Raspberry Pi cases and miniature figures. TinkerCAD is completely free and browser-based for compatibility on virtually any operating system. 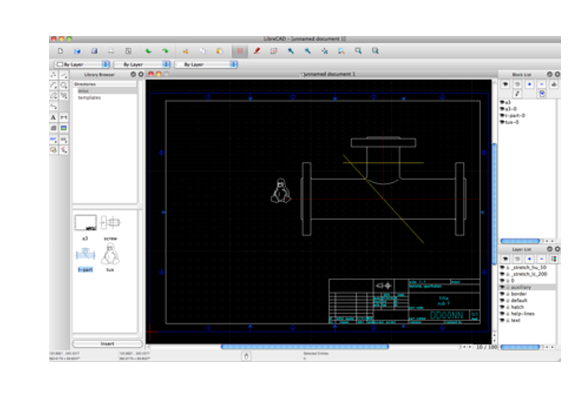 Free, open-source, and cross-platform compatible, LibreCAD is a solid choice as an intro to 3D modeling. It's a unique 3D design software alternative since LibreCAD only shows 2D views. You can toggle on isometric views as well, however. With a clean user interface, LibreCAD's simplicity targets beginners. But its ability to scale makes it a suitable option for intermediate users as well. You'll need another CAD program to create a full 3D model. For instance, you can import DFX files from LibreCAD into a program such as Fusion 360, extrude them. By concentrating on a 2D plane, LibreCAD can remove much of the complicated design that comes with a 3D object.

Best for: Beginners and intermediate users, working on a 2D plane 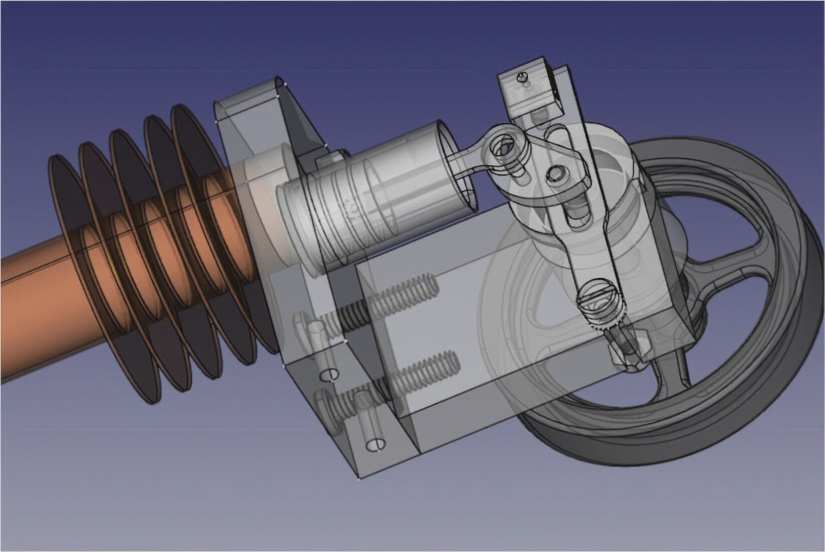 One of the best 3D modeling software apps for 3D printing is FreeCAD. Absolutely free to use and compatible with Windows, macOS, and Linux, it's a nifty design tool. With the open-source FreeCAD, you can create everything from basic shapes to complicated engineering designs. What makes FreeCAD such a fantastic choice is its robust feature set. Though beginners can, and should, try FreeCAD, the sheer volume of options might be a bit disorienting. Thankfully, there are tons of official and third-party resources such as tutorials to help you learn how to use FreeCAD. Once you've got the grasp of this powerful 3D modeling software, it's an excellent addition to your toolbox.

Best for: Intermediate and advanced users

Free and ridiculously easy to master, 3D Slash is a fantastic 3D modeling software for designing your own 3D printable objects. Subverting traditional CAD principles, you won't find options such as extrusion and revolution. Rather, there's a simplified layout that focuses on solid blocks which can, in turn, be divided into smaller blocks. Then, an arsenal of tools such as hammers, trowels, chisels, and drills let create different shapes. Essentially, it's like a 3D modeling version of Minecraft. Because you can easily export designs to STL files, 3D Slash is the top 3D modeling software for 3D printing basics. Yet since 3D Slash lacks common features that come standard in most CAD software, it's not ideal for learning the basics of 3D modeling. Still, it's the best 3D modeling option for absolute beginners simply seeking an intuitive method of creating 3D printable models from scratch.

Although it's far from the only CAD program available, SketchUp certainly ranks among the best known 3D modeling solutions on the market. Despite its association with architectural design, SketchUp remains a best bet for 3D printing design as well. Among the compatible formats SketchUp supports, you'll find STL for 3D printing. Granted, this requires the SketchUp STL extension. While SketchUp can handle demanding design, it's also perfectly suitable for basic 3D modeling. Notably, you'll find a ton of official and third-party extensions to enhance functionality. A built-in repository of over 2 million SketchUp models available at your fingertips for download makes getting started with 3D printing model design a breeze.

The browser-based Clara.io is a free, easy to use 3D design program. Onboard, you'll find an array of 3D modeling tools for the likes of extrusion, cutting, and slicing. Plus, there are features such as UV mapping and texturing mapping. Moreover, there's V-Ray for lighting meshes with HDR images. Uniquely, Clara.io remains a solid choice for animation and is even capable of producing animated movies. Moreover, its browser-based nature allows for project collaboration. As with the likes of Google Docs, added users may alter files. It's free, although the basic plan only includes 5GB of cloud storage libre. Anything more requires a paid option. Hailing from Exocortex, the Exocortex software suite has been used in films such as "Jurassic Park," "The Avengers," "Titanic," "Star Trek: Into Darkness," and "Iron Man 3." Overall, Clara.io is the best 3D modeling software for online collaboration. 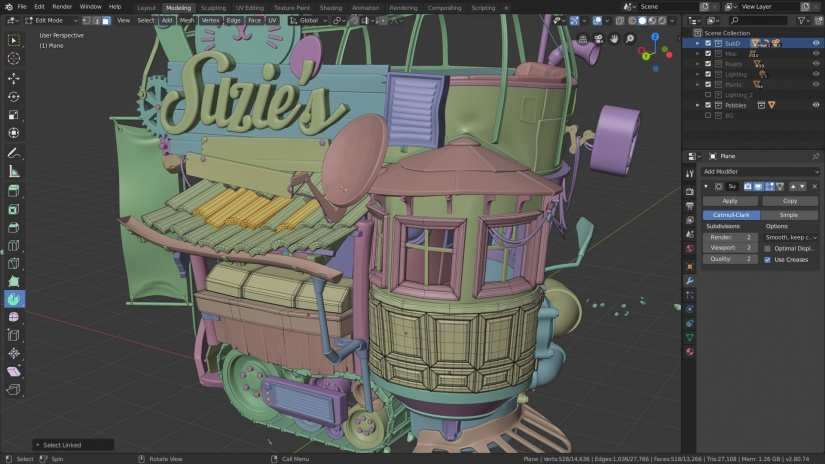 Cross-platform with Linux, macOS, and Windows compatibility, the free 3D modeling and design program Blender is an excellent choice for intermediate and advanced users. There's top-notch file support, and a slew of features ranging from texturing, rigging, skinning,and UV unwrapping. It's a robust program and as such, it's best for intermediate and advanced users. Of course, ambitious beginners undeterred by an overwhelming slate of features and hilly learning curve can use Blender. 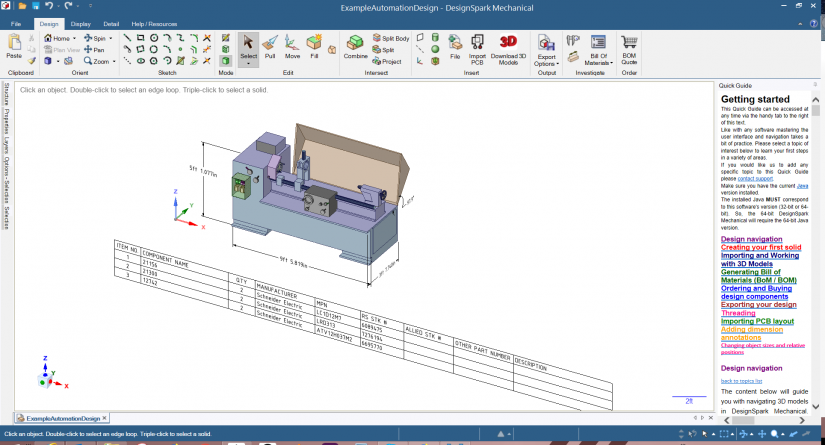 The freemium DesignSpark is a heavy-duty 3D modeling program. Inside, you'll find a slew of features that are mostly universal to CAD software. If you've used AutoCAD, you'll notice a strikingly similar user interface. Since you can download 3D models straight into DesignSpark, it's an incredibly useful app for 3D renders. Though the majority of DesignSpark functionality is completely free, certain capabilities are limited to a paid iteration. For instance, importing, exporting, and rendering mandate the premium version. With a beefy yet easy to grasp slate of features, the ability to download 3D models from a repository, and a ton of different add-ons, DesignSpark is a fantastic 3D modeling alternative.

Best for: Intermediate and advanced users 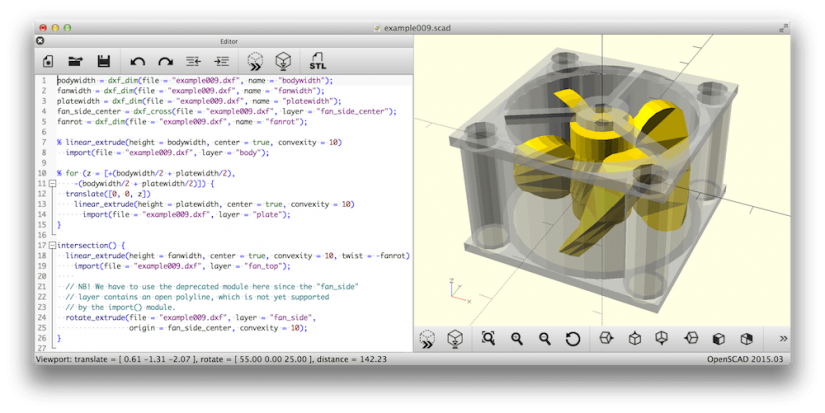 As the name suggests, OpenSCAD is a free-to-use computer-aided-design software program. Although it's a CAD app, OpenSCAD is a 3D compiler that employs a textual description language instead of an interactive modeler. Therefore, OpenSCAD files use geometrical primitives to dictate a rendered 3D model. It's an excellent app for creating 3D printable 3D models.

Ultimately, there are tons of different 3D modeling software options. What dictates which 3D design program is best for your needs depends on a few factors. Budget is a consideration, although the vast majority of 3D modeling apps feature a free or freemium tier. Then there's learning curve. While Blender is pretty difficult, 3D Slash is easy to master but lacking for more intermediate and advanced user. Plus, operating system compatibility. Overall, if you'd prefer to design your own creations to 3D print rather than simply download 3D printable files, tons of different design programs allow you to model your own 3D prints from scratch.

Your turn: What 3D modeling software do you use to create 3D printable files?