The holiday season is in full-force with Bing Crosby crooning Christmas jingles in his booming baritone over the speakers, spiked eggnog sloshing around glasses, and haphazardly-hung strands of lights. As you complete your holiday shopping, there's probably a maker in your life that you need to procure a gift for. No matter what that DIYer, hobbyist, or tinkerer in your life needs, we've got you covered with our best holiday gifts for makers 2019 guide!

Because the maker space is all-encompassing, there's no one-size-fits-all solution to finding a holiday present for that special DIYer in your life. Instead, several considerations will help you pick out the perfect surprise. First, there's the specific interest of that maker. Whereas some hobbyists are into 3D printing, others might be more keen on Arduino programming. It's not necessarily either or however. Begin with their maker interests and see if you can find a gift in that category. Or, see if there's a new technology that they've been wanting to adopt.

Next up, there's money. For a close family member or partner, you might be willing to spend a bit more. Alternatively, a familial relation might inspire you to spend less and avoid contact altogether, preferring to lop off a few branches from your family tree. A passing acquaintance you may not want to drop too much money on. When selecting a holiday present for a DIYer, consider your budget.

From the Raspberry Pi 4 to an Arduino kit and everything in-between, these are the best holiday gifts for makers, DIYers, and hobbyists this holiday 2019 season! 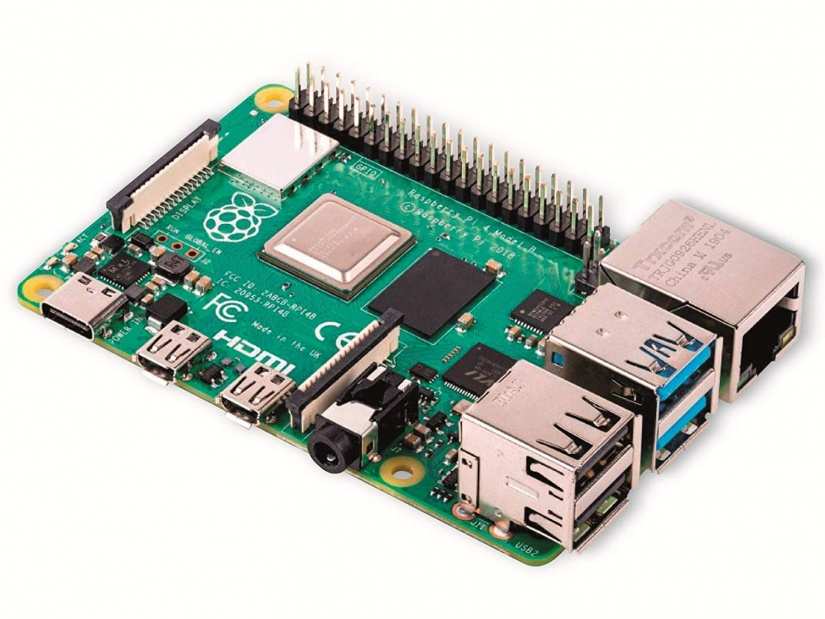 Moreover, the Pi 4 debuted tiered RAM choices for more, faster RAM. With offerings of up to 4GB of LPDDR4, the Raspberry Pi 4 truly solidified itself as a desktop replacement. Sure, it's not going to best a 1080 Ti or even a GT 1030 GPU for GPU performance, and even an older desktop or laptop CPU will likely blow the Pi 4 out of the water. But its 2.4 GHz and 5GHz Wi-Fi, true Gigabit Ethernet connectivity, and balance of performance and affordability chisel the Raspberry Pi 4 as, once again, the best single-board computer on the market. Because it's pretty fresh on the market still, it's definitely worth gifting to a maker in your life. 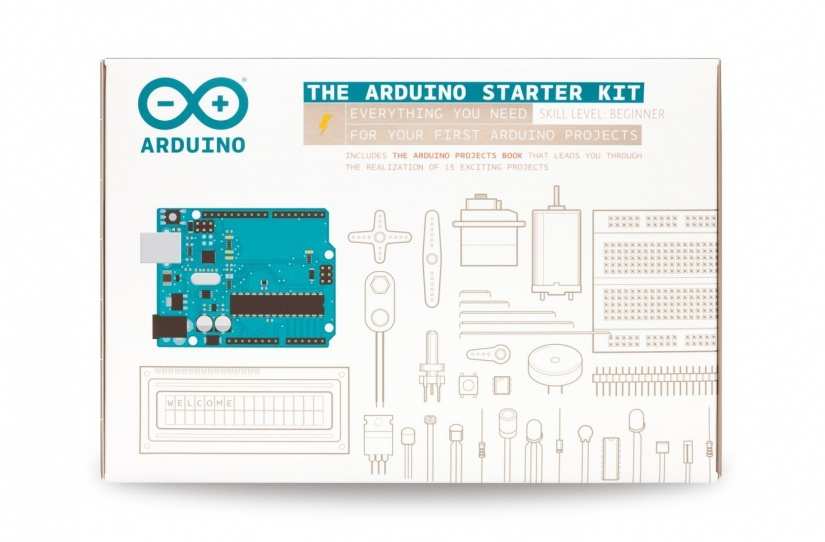 Microcontrollers are extremely useful for a variety of tasks, and there's no shortage of official Arduino boards as well as Arduino clones. A fantastic gift for makers of all ages is an Arduino starter kit. There are loads to pick from. For younger DIYers, Arduino starter kits usually come with an Arduino board, USB cable, IDE (Integrated Development Environment), and virtually any components needed as well as a PDF or booklet with suggested projects and sample code. That's extremely useful since it's easier for younger hobbyists to follow a guide and begin with a simple Arduino project such as blinking an LED before proceeding into more advanced DIYing.

Intermediate and advanced users will appreciate an Arduino starter kit nonetheless since the slew of Arduino-compatible accessories included is a phenomenal value. The official Arduino K000007 kit is a solid choice, and Elegoo makes an excellent alternative, though there are tons of Arduino complete starter kits to pick from. 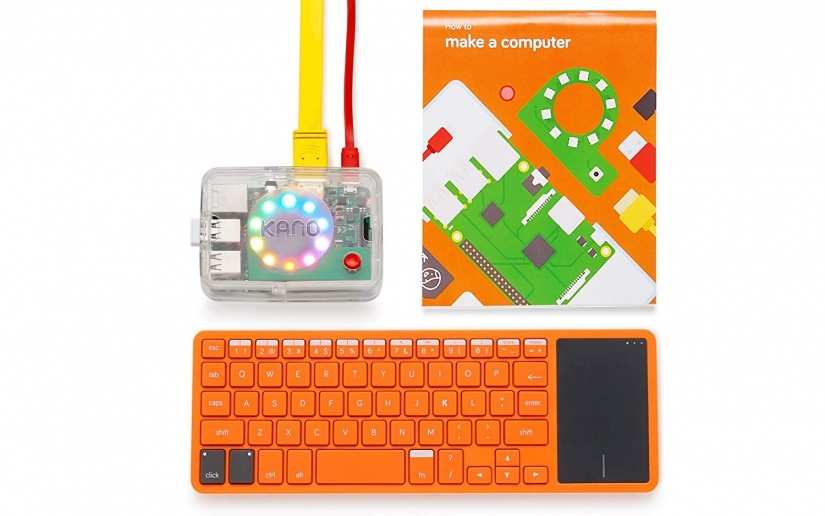 For budding makers, Kano makes some of the greatest kits for kids. The original Raspberry Pi Kano Kit DIY PC is an awesome utilitarian intro to programming and STEM gift for the holidays. Plus, Kano makes a variety of fandom-themed packages such as a Harry Potter coding wand, Star Wars the Force Awakens package, and a Frozen coding kit. 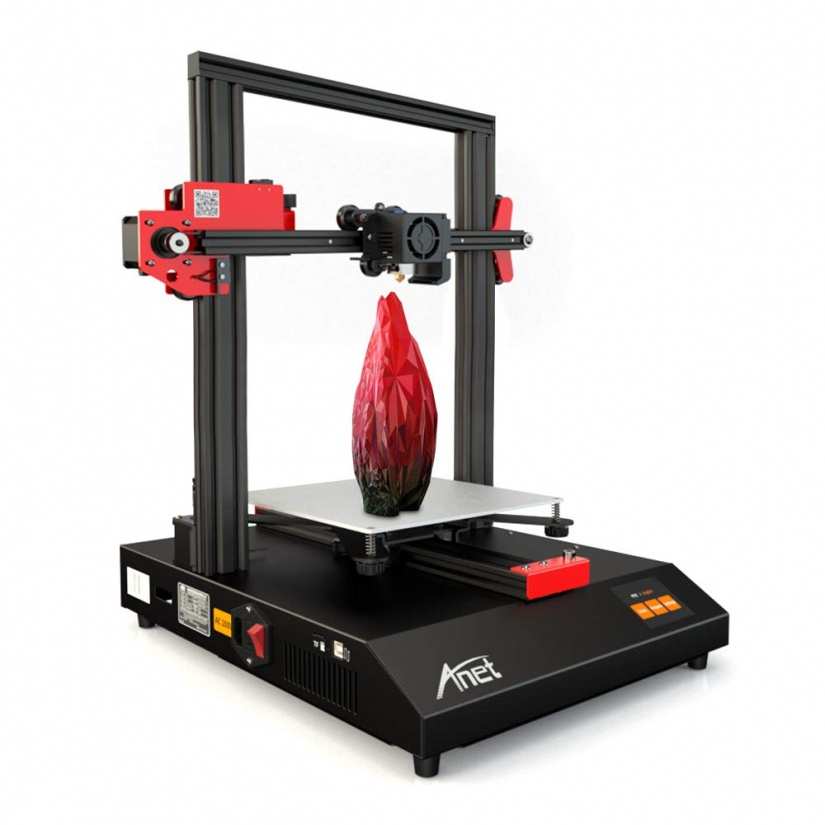 When it comes to 3D printers, Anet balances performance and price marvelously. Its Anet ET8 is a fantastic budget 3D printer. The Anet ET4 is an excellent 3D printer with a slew of premium features like a self-leveling bed at an affordable price. It's not going to break the bank, but will nevertheless pump our ridiculously good quality 3D prints. It's one of our top recommended 3D printers you can buy. 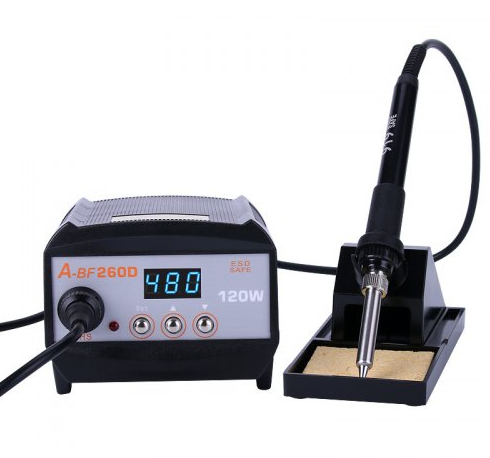 A soldering iron is a must in any maker space. They're right useful for a variety of projects. Sure, many DIY projects use solderless parts, but soldering is pretty much unavoidable the longer you dabble in maker projects. The TS100 is a great pick, but loads of soldering irons and soldering stations are on the market. Therefore, a soldering station is a practical holiday gift for makers that won't break the bank.

The UDOO Bolt is a monster single-board computer that boasts true desktop replacement capabilities. With its Ryzen embedded processor and GPU power roughly equivalent to a GTX 950, the Bolt is a development board in a league of its own. Coupled with the ability to run full-fledged x86 Linux distributions and Windows 10, it's a beastly SBC that absolutely trounces almost every other maker board available. The only potential downside: its high price. Admittedly, the price isn't outrageous at all considering its ample horsepower. But when compared to the price tag of most other single-board computers, it appears enormous. For a special DIYer that you really love, the UDOO Bolt is a great option. 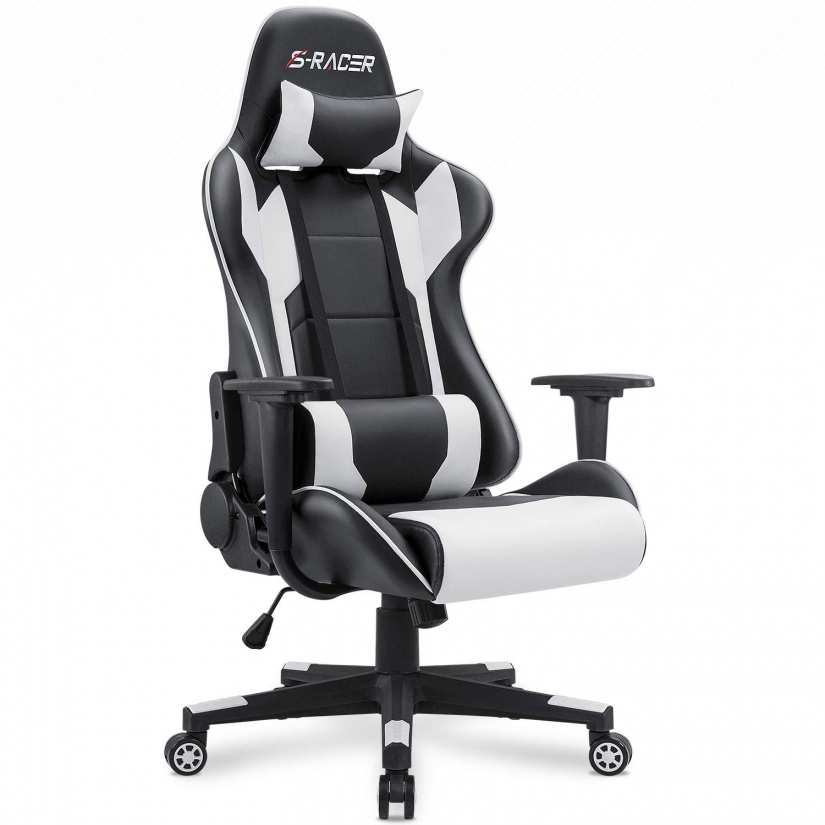 Crucial to every maker space is a desk chair. It's one of the last things to skimp on. Whether you're 3D printing, soldering, getting hands-on with a single-board computer, programming an Arduino, or something else, expect a lot of sitting. One of the most essential items in my home office/maker space is my desk chair. I splurged and went with a Herman Miller Aeron, one of Wirecutter's best picks for 2019 office chairs. While the Aeron is pricey but definitely worth it, there are loads of options for all budgets. 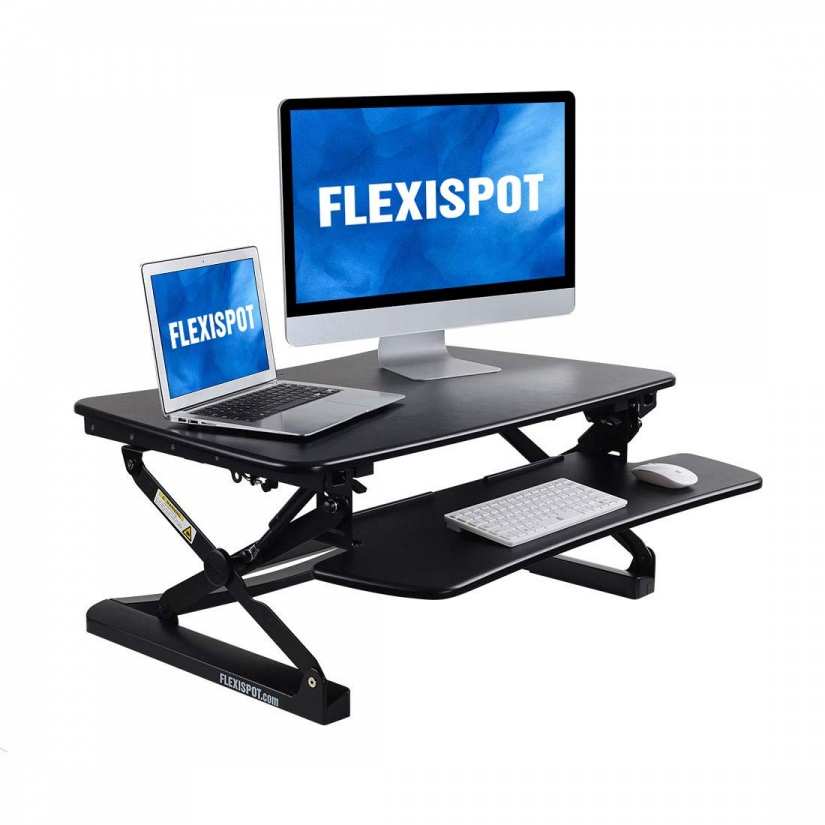 Among the easiest, and most popular, maker projects, there's a retro gaming console. A Pimoroni Picade or Picade Console allows you to create a retro-styled arcade unit that works with RetroPie, Recalbox, Batocera, and Lakka. It's easy to put together and requires little more than a Raspberry Pi and a few bits like a microSD card, retro gaming operating system, and some patience. This is a solid holiday gift for makers, DIYers, and hobbyists of all ages. 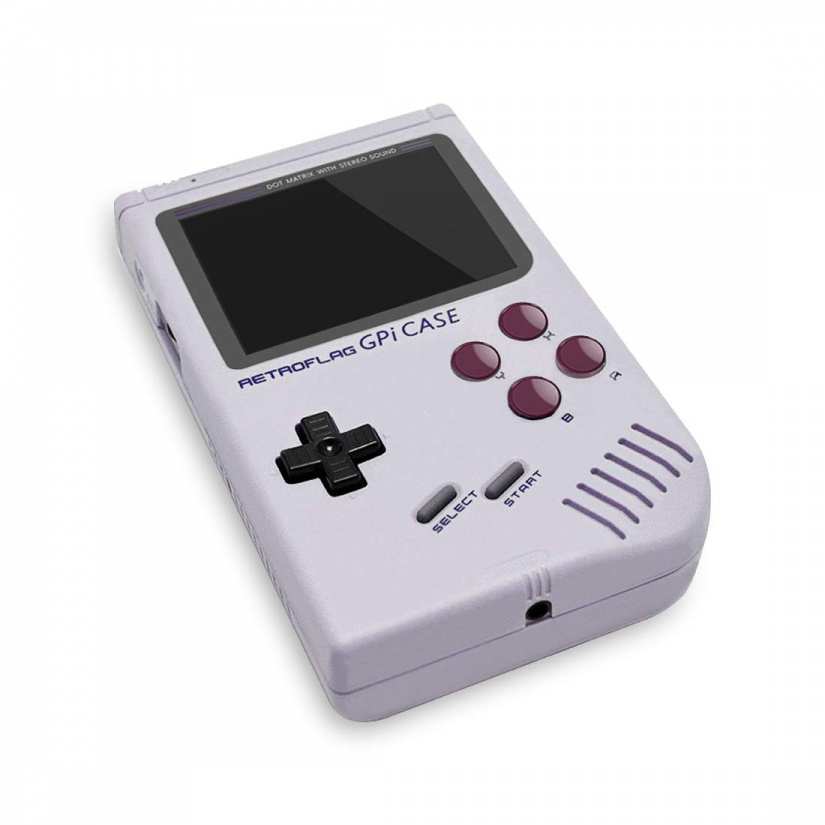 Nintendo, since its iconic GameBoy, has consistently produced awesome handheld gaming devices. Its Nintendo Switch is a superb portable game console. For retro gaming on the go, the RetroFlag GPi Case is easily the best option on the market. It so closely resembles the original GameBoy that you'll be hard-pressed to tell the two apart. Requiring little more than a Raspberry Pi Zero, microSD card, retro gaming image, ROMs, and some batteries, it's an awesome gift for makers this holiday 2019 season. Alternatively, the Clockwork Pi GameShell and Odroid-Go are excellent portable DIY retro gaming handhelds. 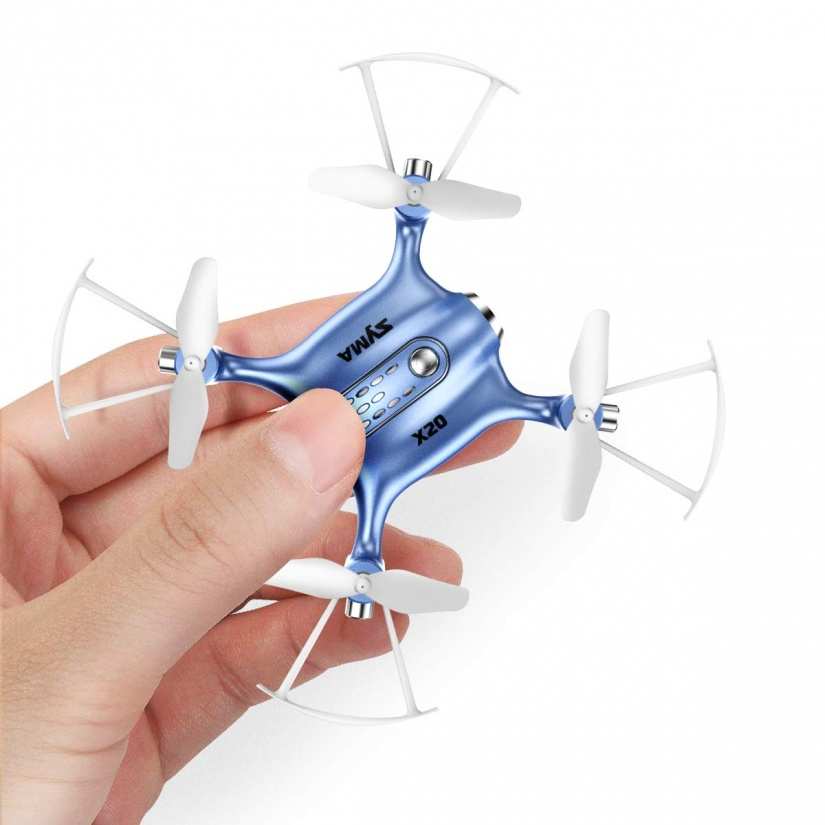 For a bit of fun, mini drones are nifty little toys. I've got one on the desk in my home office that I love flying around. It's ideal for in-between Pomodoro segments, waiting for your 3D print to finish, or just flying into walls accidentally. 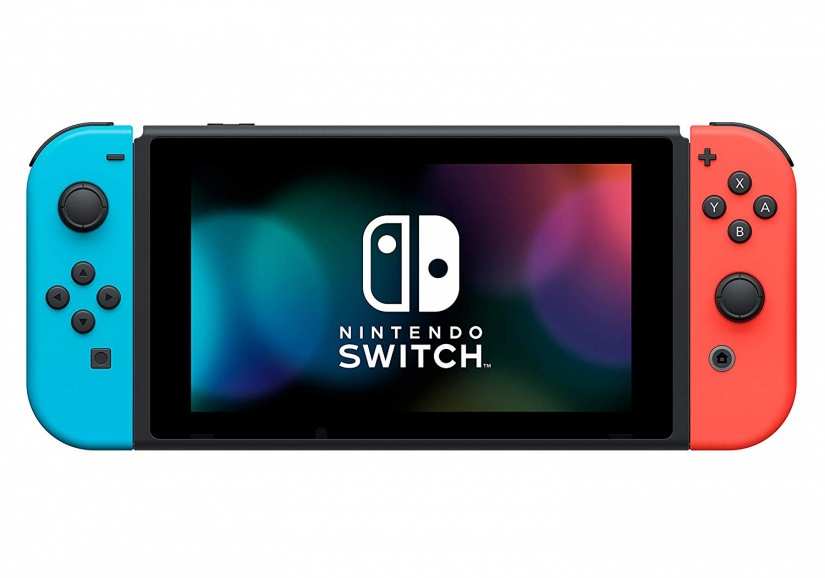 Inarguably, the Nintendo Switch is the most unique of the current-gen consoles. Sure, the PlayStation 4 might boast lush 4K HDR visuals and exclusives like Spider-Man, while the Xbox One features the likes of Halo and Gears of War 5, the Switch flaunts portable play and a dock for playing on the big screen. With the likes of Mario Maker, it's a solid creative outlet for DIYers of all ages to try creating on a different medium. Plus, you can add Nintendo Labo add-ons for maker projects you can complete with your kids.

One of the best gifts for makers can actually be a subscription. Maybe this is for a media service like Spotify, Netflix, DVD Netflix, or Disney+. Alternatively, it could be to a maker magazine, or for a digital service such as GitHub Pro. Regardless, a subscription is an awesome choice.

Learning never stops. Instead, it's a continuous process. So a book or course is an awesome choice for any maker. Raspberry Pi books are great picks. And there are loads of Arduino books too. You can never have too many books, although my shelves may disagree. 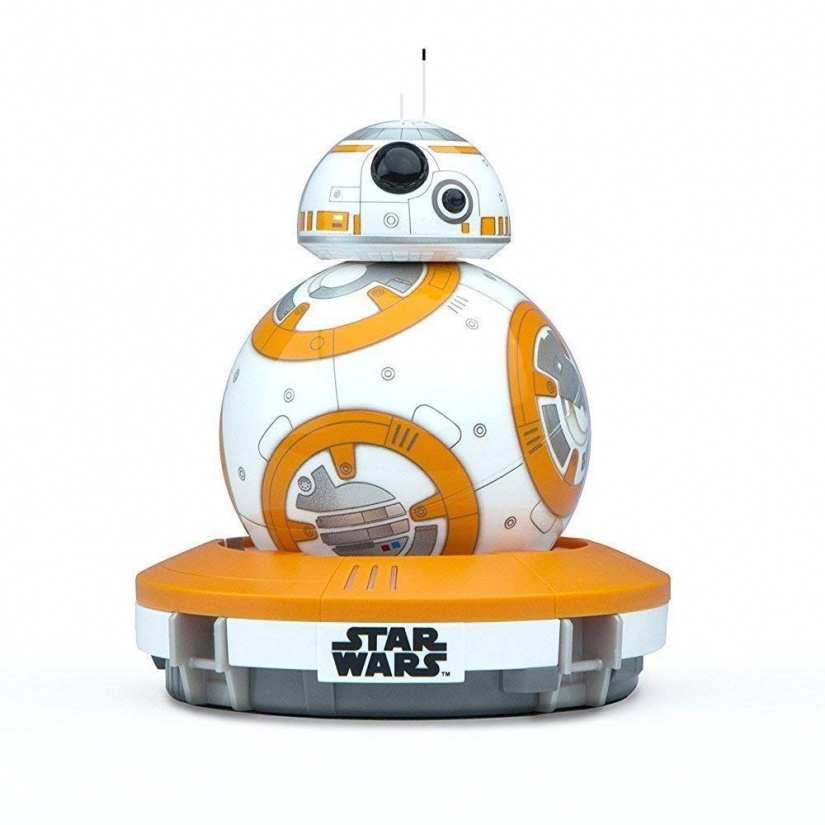 Perhaps no other franchise has blossomed as much as Star Wars. From 3D printable Star Wars items to video games, movies, and shirts, there's virtually a Star Wars anything. Including bed sheets which I may or may not have on my bed. One of the coolest Star Wars items is an app-enabled droid. You can get a cool BB-8 Sphero droid to race around your home. And you can even use it as inspiration to build your own.

No matter who that maker in your life is, there's an appropriate gift for them this holiday 2019 season. From a Raspberry Pi 4 or an Adruino to a book, subscription, or 3D printer, you can find something to stuff in the stocking of your maker, DIYer, and hobbyist friends and family.

Your turn: What maker holiday 2019 gifts are you buying?