There are plenty of microcontroller units (MCUs) available. But Arduinos and Arduino clones are the most widely used and popular options. The versatile electronics provide a foundation for projects ranging from blinking LEDs to building robotics, app-controlled cocktail makers, and even disco helmets or lamps. Aside from finding the right Arduino board for your needs, you'll want to pick up some Arduino-compatible components to help you transform your dreams into reality. Check out the best Arduino accessories that are absolute must-haves! 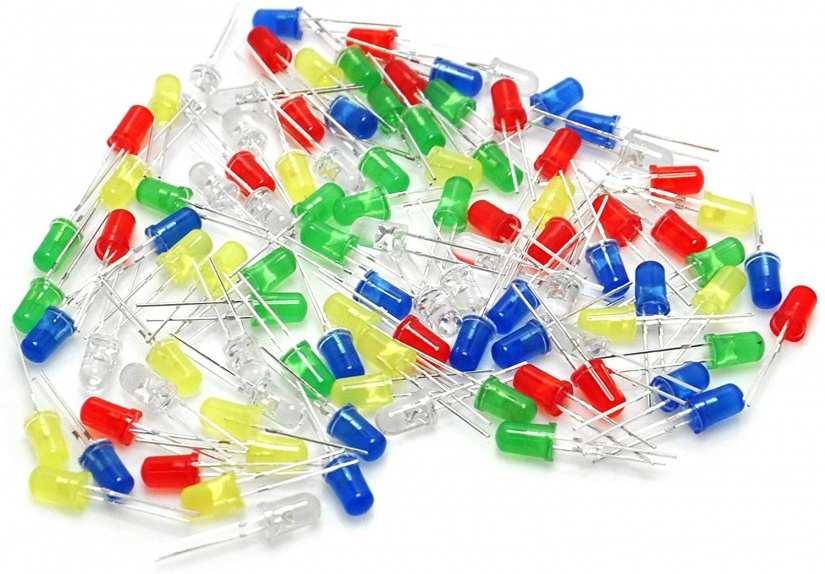 Outfitting an Arduino project with LEDs affords many benefits. Beginners can explore Arduino code, hardware, and the intersection of the two areas by simply blinking an LED. More advanced uses of LEDs in Arduino-based maker creations find lights being used for interior lighting or as part of cosplay outfits. The possibilities are nearly limitless. Individual through-hole LEDs are a great choice, or Adafruit NeoPixel RGBW individually addressable LEDs work with Arduino as well. 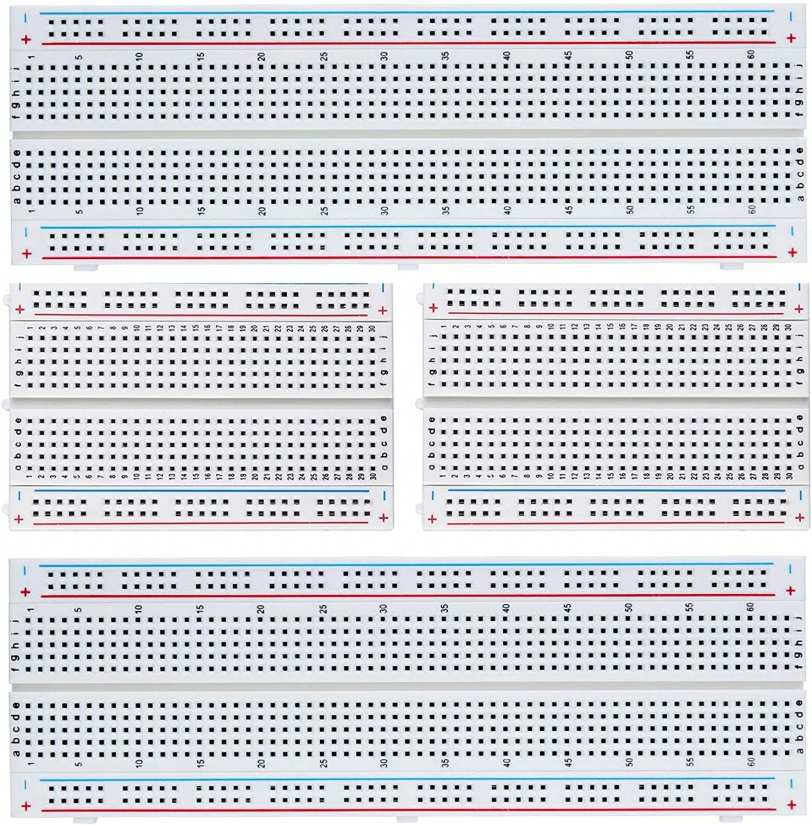 An Arduino-compatible breadboard is essential. With a breadboard, you can hook up various electronics parts and pieces without soldering. Instead, simply push components into sockets on the breadboard, and jumper wires finalize the connection. Breadboards are comprised of bus strips and terminal strips. The outter portions are bus strips, predominantly used for power supply connections while terminal strips are intended for electrical bits and pieces. Using a breadboard with an Arduino MCU lets you connect tons of different electrical components all without the hassle of soldering. 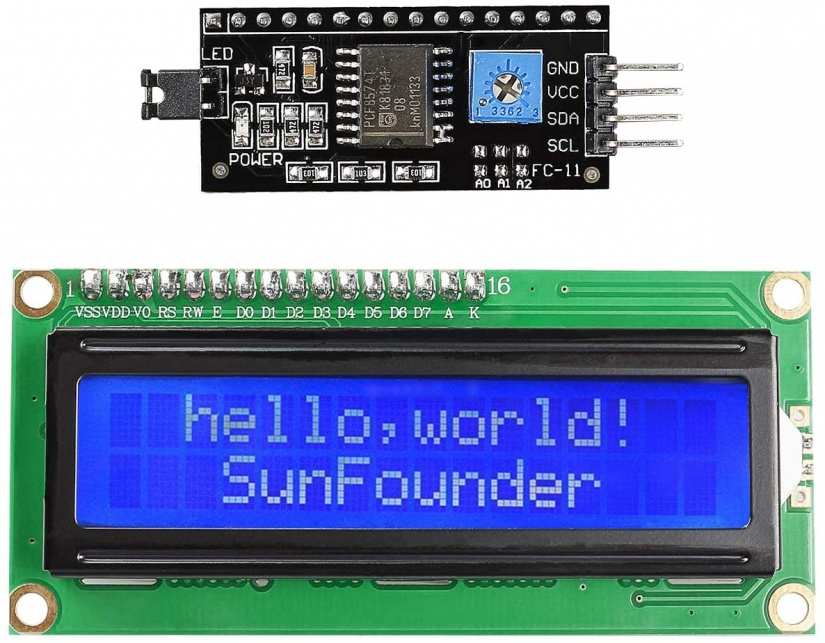 Connecting an LCD display to an Arduino is a great idea. Attaching a readable LED display to an Arduino board allows for blinking text, scrolling text, and deploying an on-device screen. There are plenty of functions within the LiquidCrystal library that let you take advantage of a display device. You could use an Arduino LCD display shield or even add an Arduino touch screen. A basic LCD merely shows readable text while a TFT LCD touch screen allows for an interactive graphical user interface (GUI). 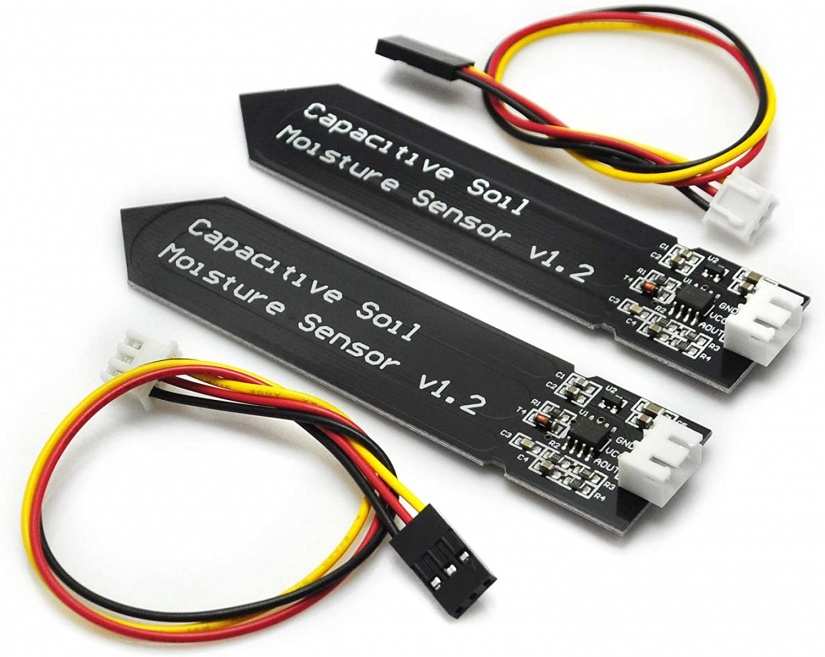 There are loads of Arduino sensor options you can outfit your MCU with. A soil moisture detection sensor allows you to detect soil moisture levels with a basic water sensor. It's able to read analog signals and can be used to create automatic plant watering systems. It's a great way to create a smart home garden with self-watering plants. 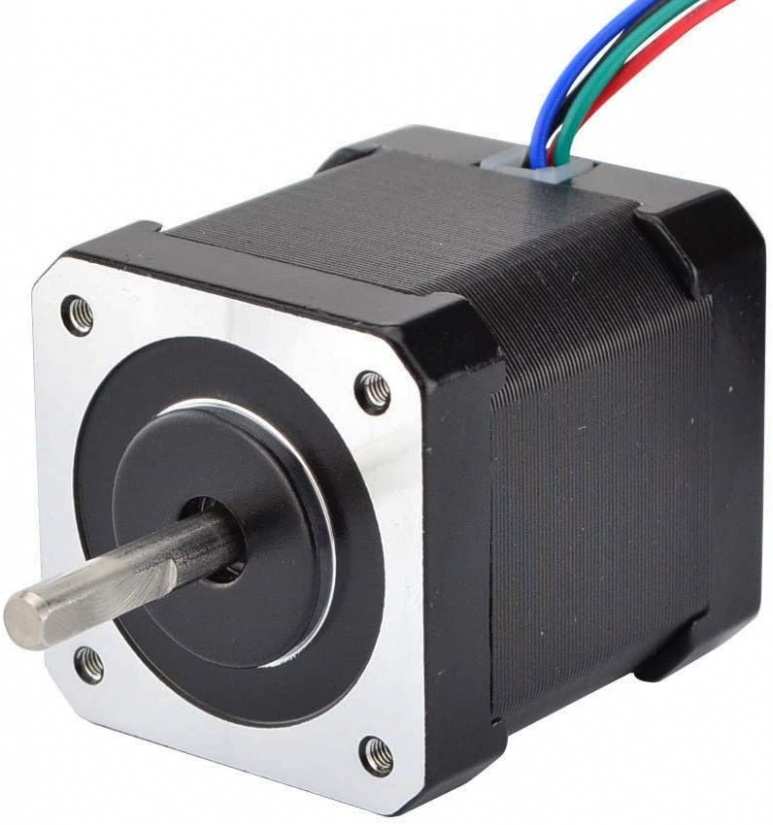 Stepper motors are right useful components. In practice, stepper motors may be found in 3D pritners, cameras, and optical drives for opening and closing DVD and Blu-ray players. Stepper motors have been used for loads of projects, from a suntracker that rotates to soak up rays to a robot guitar and even music player powered by stepper motors or robot guitar. An Arduino stepper motor shield or stepper motor hooked to a breadboard makes a great addition to any Arduino arsenal. 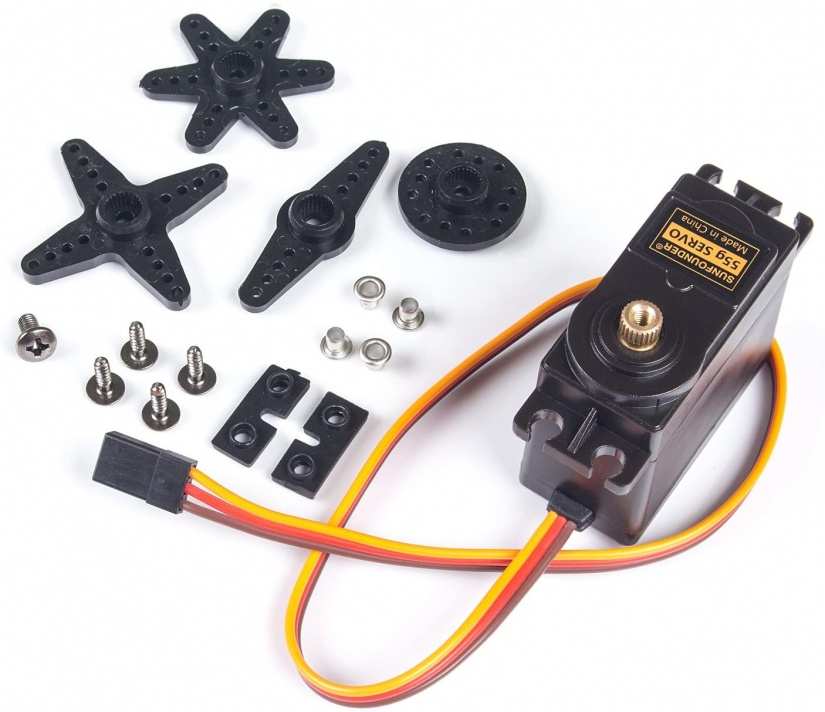 Not to be confused with stepper motors which rotate in certain steps, servo motors are excellent for rotation in robotics projects. A positionable shaft can achieve multiple angles with code designating how long and at what angle to point the servo. Many hobby craft like radio-controlled (RC) boats and planes use servo motors. 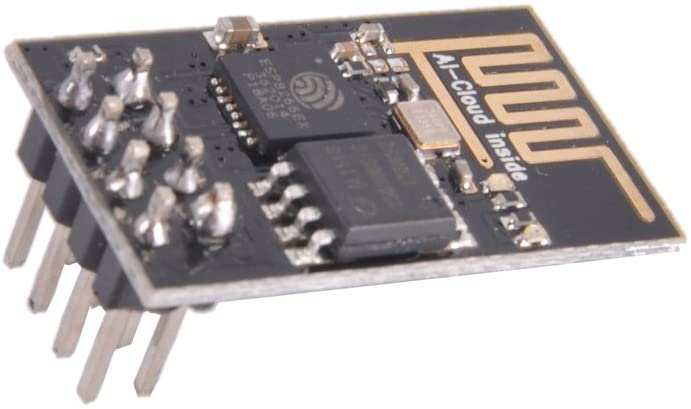 Wired networking is great, but the convenience of wireless communication is unrivaled. Tack on an Arduino Wi-Fi module to any project for Internet connectivity sans wires. There are plenty of uses for an Arduino Wi-Fi add-on such as creating a Twitter bot. 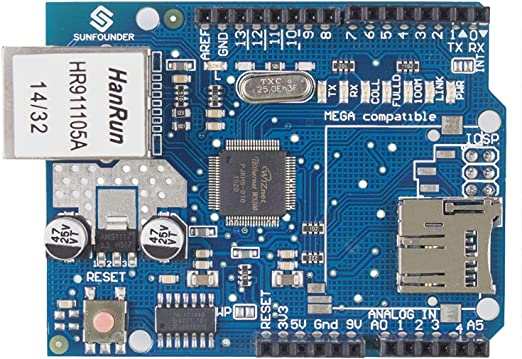 On the flip side, perhaps you want a hardwired connection. And an Arduino Ethernet shield lets you easily use an Arduino for server or client purposes. If you're making any sort of smart home project, an Ethernet shield takes your Internet of Things (IoT) projects to the next level. Many Ethernet shields rock onboard SD card slots for serving files to a network. Well supported by the Arduino Ethernet Library, the possibilities are endless. Make a web server, custom IoT solution, or anything else you dream up. 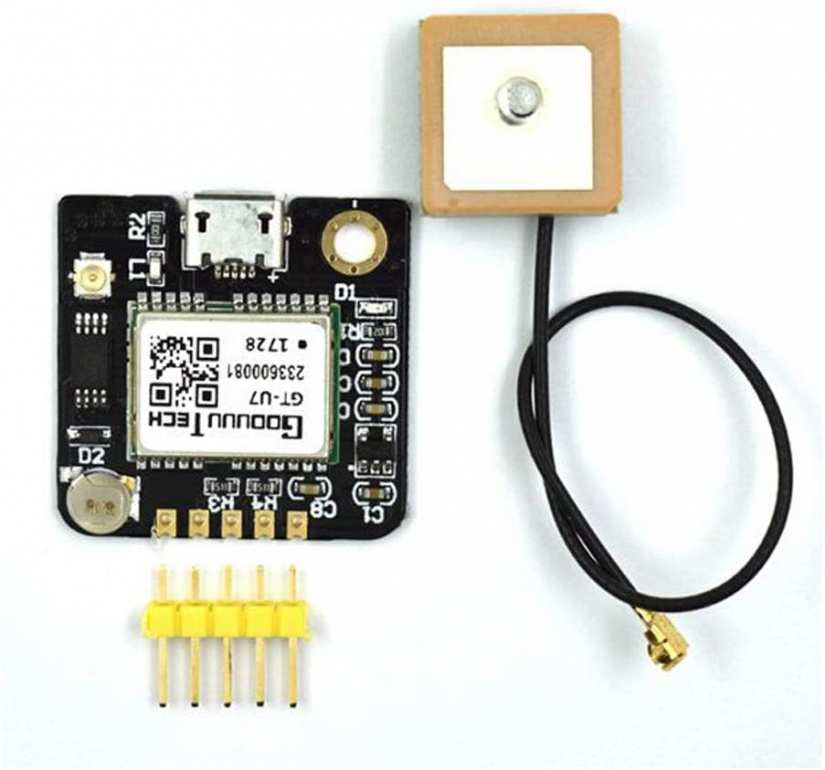 Grace your Arduino with GPS and you can build a tracking device. For a smaller Arduino, you can even create a wearable activity tracker. GPS modules come in all sizes, from tiny devices capable of being integrated into wearables to larger options better-suited for asset tracking.

You used to call me on my Arduino phone...yep, while buying the latest flagship Android or iOS device is probably easier, and by probably I mean definitely, you could build an Arduino phone with a GSM/GPRS Shield. A far more practical application is using the GPRS and GSM Arduino Shield for SMS messaging as a smart home protocol for controlling connected devices. 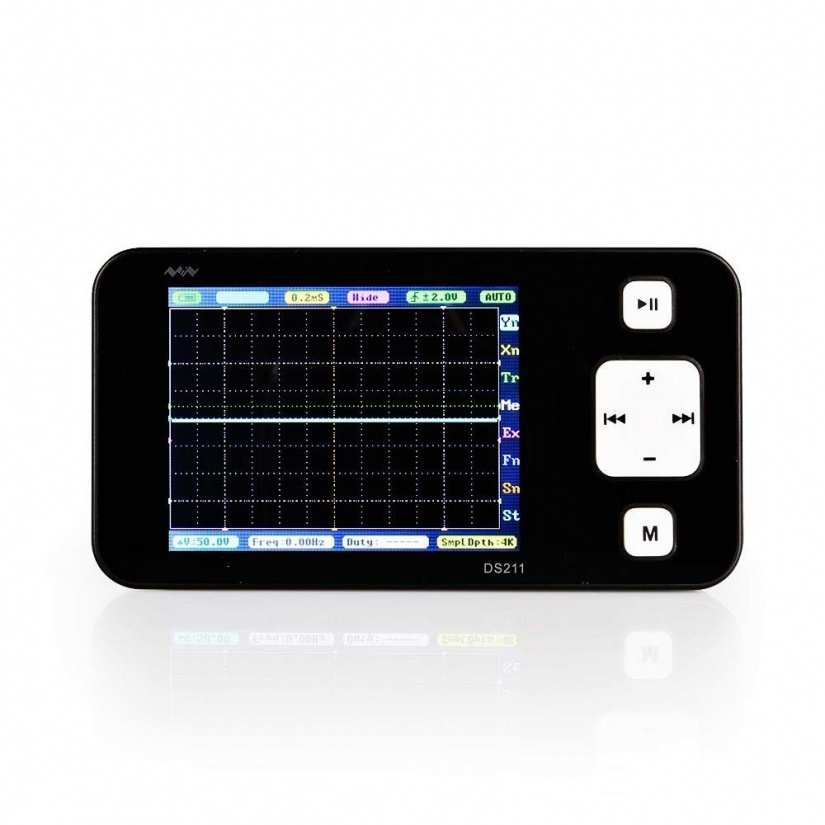 Perhaps you want to view electrical voltage or current oscillations. You can put together tons of different Arduino oscilloscope projects. It'll probably save you money over buying a standalone oscilloscope, plus you can easily customize it.

Arduino projects are wide-ranging, from simple builds to complicated builds. While using an Arduino does require skills, code competency, and a basic hardware as well as software knowledge, having the right components is equally as important. And there are plenty of different Arduino accessories on the market. Once you've got your Arduino toolbox ready, you can begin making virtually anything. My Arduino smart plant watering system for instance includes moisture sensors and an LCD display. Add some addressable LEDs, upload some code, you can create a DIY ambilight kit. The possibilities are nearly limitless.

Your turn: What Arduino components can you not live without?