There are plenty of single-board computers (SBCs) on the market. The Raspberry Pi is hands-down the most popular choice, but loads of Raspberry Pi alternatives exist. Hardkernel manufactures the Odroid XU4, a powerful maker board with a processing punch. With its beefy system-on-a-chip, the Odroid XU4 is a solid choice for retro gaming emulation. While there are several different operating systems to pick from, Batocera is easily one of the best. Learn how to install Batocera on the Odroid XU4!

What is Batocera Linux?

Batocera Linux is a retro gaming OS that's available for a slew of different development boards and hardware options. You can install Batocera on x86 or x64 PCs, macOS devices, the Raspberry Pi, ASUS Tinker Board, Odroid Go Advance, RockPro64, and the Odroid XU4 among other platforms. While Batocera began as a fork of Recalbox, it blossomed into its own unique retro gaming distribution. Although Batocera is similar to RetroPie and Recalbox, it's something of a fusion, combining the user-friendliness of Recalbox with the customization options of RetroPie. Batocera comes ready to use out-of-the-box. Most game controllers will be recognized immediately with no need to map buttons, unlike on RetroPie. But there are tons of custom shaders, bezels, and more to truly tailor the look and feel of your game console.

What is Batocera Linux: An easy to use retro gaming operating system for many platforms including the Odroid XU4.

Why the Odroid XU4 Rocks for Retro Gaming Emulation

The Odroid XU4 is a superb SBC for retro gaming emulation. Powered by an octa-core ARM Cortex system on a chip (SoC) with a Mali-T628 MP6 GPU, and paired with 2GB of LPDDR3 RAM, the Odroid XU4 can handle higher-end retro video game systems. For instance, it's capable of emulating many Nintendo 64 (N64) ROMs, and even many PlayStation Portable (PSP) ROMs run on the XU4. You'll find better performance than a Raspberry Pi 3 B+ or ASUS Tinker Board. There's an eMMC port and microSD card slot, plus dual USB 3.0 hosts and a solitary USB 2.0 header. For networking, you'll find a Gigabit Ethernet port.

With its octa-core processor, the Odroid XU4 packs quite a performance punch. Because of this beefy SoC and GPU combination, the XU4 handles many Sega Dreamcast, N64, and PSP titles with ease. Of course, some games such as the notoriously difficult to emulate God of War Chains of Olympus for PSP are unplayable even with dialing back the settings. Still, there's excellent support in many games. What's more, the Odroid XU4 OGST Retro Gaming Case adds a Nintendo 64 style shell for a do-it-yourself (DIY) N64 Mini Classic.

Why use the Odroid XU4 for retro gaming: 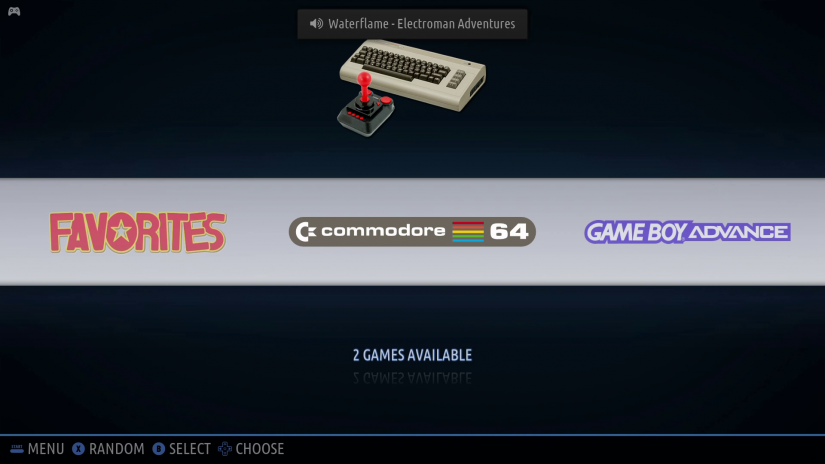 An Odroid XU4-powered retro gaming machine with Batocera is simple, functional, fun, and affordable. You'll need the Odroid XU4 itself along with an optional but recommended case. I suggest using the OGST Retro Gaming Case for an N64 aesthetic. For installing an operating system, a microSD card or eMMC module are required. Peripherals such as a keyboard, mouse, and game controller will be necessary for set up. And you'll need an active internet connection.

On the software side, you'll need the Batocera Odroid XU4 download. And you'll require image mounting software like Etcher, as well as a program such as 7Zip if you need to extract the compressed image first.

Total cost: $50+ USD. You can snag the Odroid XU4 standalone. You'll need a power supply and a handful of hardware accessories such as a keyboard and mouse, gamepad, and a power supply. Depending on what you've got lying around your house, you may be able to spend merely $50 and change, or you might need to buy everything. Regardless, this is a pretty cost-effective project.

Begin by heading to the Batocera downloads page and grab the Odroid XU4 image. It's an IMG.GZ, so you might need to decompress it with 7Zip. Etcher for instance can write compressed files such as IMG.GZ directly to a microSD card or eMMC module. Therefore, I was able to mount it straight from there. Launch Etcher, and point it to your Batocera Odroid XU4 image. Then, select your boot medium, an eMMC module or, like in my case, a microSD card. After that, hit flash and wait for image burning to complete. When that finishes, pop your bootable drive into the Odroid XU4 and power it up. 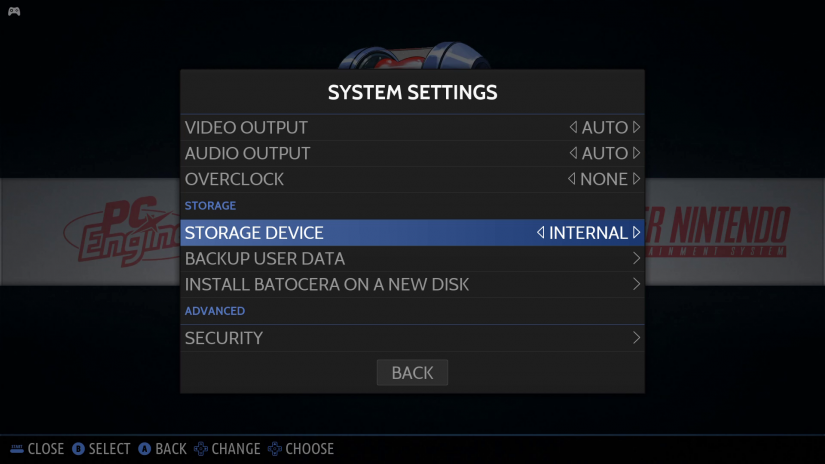 When you first power on Batocera, the image resizes itself. After that, you'll be greeted by the welcoming EmulationStation frontend running on top of RetroArch. By default, menu music will play, so you might wish to turn this off. You can turn off frontend music in Batocera by pressing the start button to launch the menu and heading to Menu > Sound Settings > Frontend Music where you can disable the frontend music. 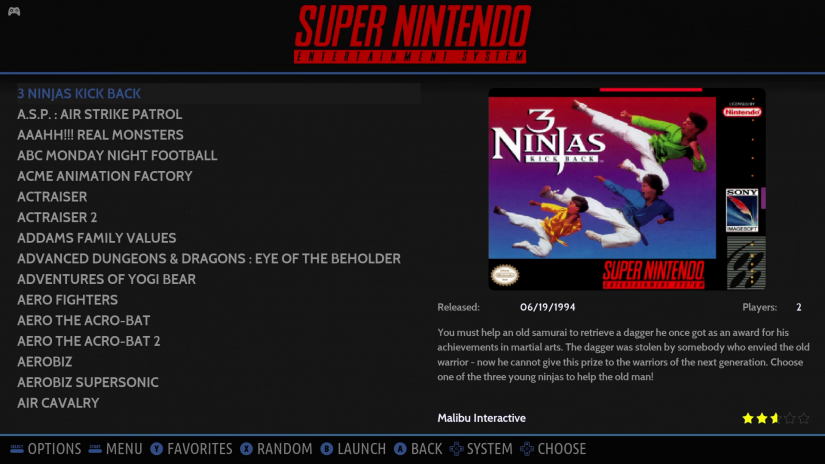 After that, it's best to connect to the internet. This allows you to perform updates and scrape your ROMs. Since the Odroid XU4 lacks Wifi, you'll need to either use a wireless adapter or use Ethernet. If you've got a Wi-Fi adapter, then launch Menu > Network Settings > Enable Wifi. With wireless networking enabled, choose your WiFi network under WiFI SSID, and after that input your password under WiFi password.

Basic set up should now be complete, but before you can actually start playing anything, you'll need to add some games. To add ROMs in Batocera, you can transfer ROM files over your home network or use an external drive. USB ROM storage is easier, and lets you utilize the same external drive for multiple Batocera installations. Plus, if your microSD card gets corrupted, your ROMs and save files are intact. If you want to store your ROMs on a flash drive or external harddrive, navigate to Menu > System Settings > Storage Device. Then, choose either internal for your microSD card or eMMC module, any external to make any USB drive attached your default storage device, or a specific drive. I plugged my SanDisk 256GB flash drive in and picked that flash drive. This requires a reboot. After restarting Batocera, a Batocera folder will be at the root of your flash drive, and within that there are sub-folders for your ROMs. For example, my Atari 2600 ROM folder was under Batocera > ROMs > Atari 2600.

Alternatively, you can drop your files over the network. From a macOS device, use Finder or browse the network to find Batocera. On Windows, you can type \\batocera into the finder. and on Linux use smb://batocera.local. Next, find the ROMs folder, and drop your ROMs in the appropriate folders.

You might be wondering how to add BIOs files in Batocera. Luckily, it's pretty simple. If you're running off of a microSD or eMMC module, you can access Batocera over the network then locate the BIOs folder. 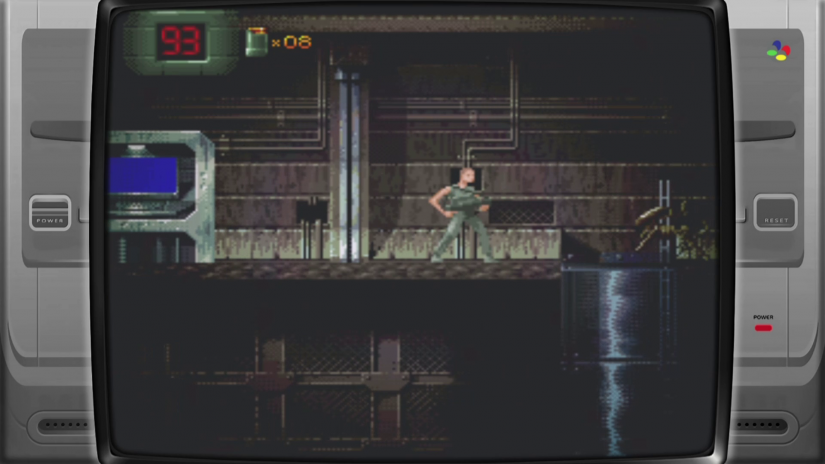 The main draw of Batocera is its ease of use. That's not to say RetroPie is necessarily difficult, but Batocera is ridiculously streamlined. Out-of-the-box, I didn't even need to map by controller buttons. Instead, my gamepad was usable right away. I tested with a few different game controllers including a generic SNES style iBuffalo USB controller as well as a wireless Xbox 360 controller, and everything worked like a champ. 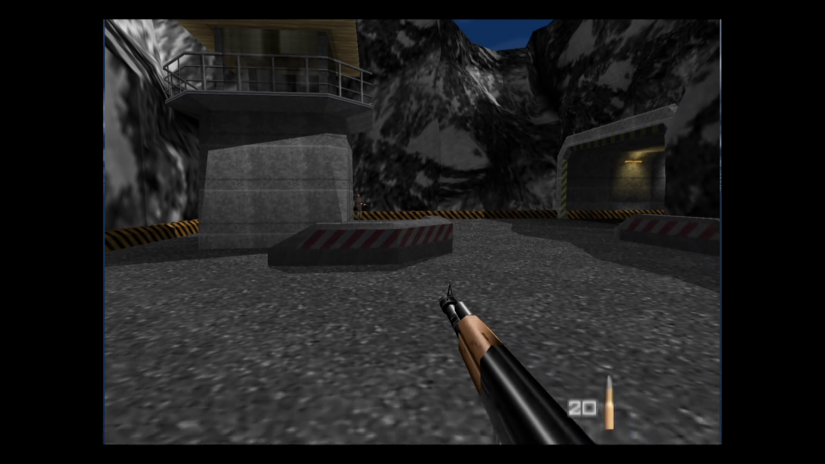 The Odroid handles gaming with aplomb. Sure, you're not going to achieve playable framerates or smooth audio in every PSP game, and even some N64 titles aren't ideal on the XU4. But many titles run shockingly well. Goldeneye 64 looks lovely with smooth graphics. Occasionally I experienced a slightly choppy audio moment, but those were few and far between. Likewise, N64 performance overall is quite good on the Odroid XU4 running Batocera Linux. 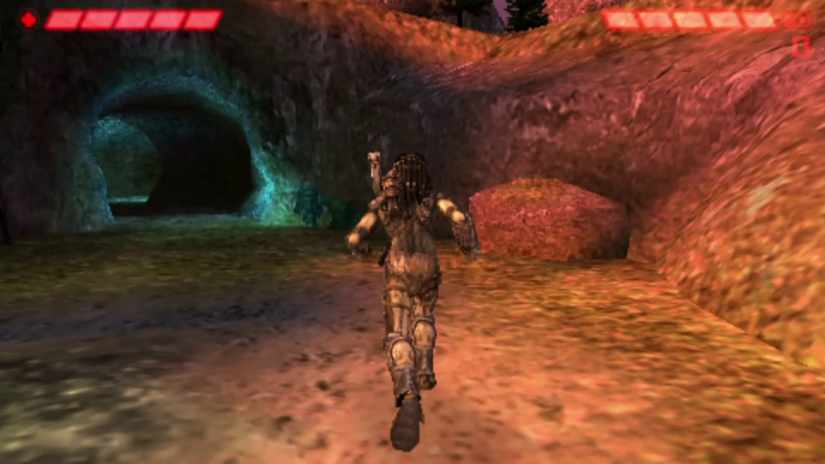 PlayStation Portable ROMs likewise benefit from the octa-core processor of the Odroid XU4. Some games such as the notoriously difficult to emulate God of War Chains of Olympus won't run well, even with enabling frameskip to lessen the graphical load. But I did manage a number of games including Aliens vs. Predator: Requiem which is much better than the film that it's based on. Little Big Planet is superb too, and similarly the Odroid XU4 handles it quite well. Ultimately, gaming performance is excellent when compared to similarly-sized, specced, and prices single-board computers.

If vou've got an Odroid XU4 and want to get into retro gaming, Batocera is one of the easiest distros to use. It simply runs flawlessly. Set up is minimal, and Batocera marvelously balances ease of use with a highly customizable environment. You can quickly, simply download new themes and bezels, tweak various settings, and set an external device as your storage medium. Although OGST N64 case support isn't baked into Batocera (yet), it is possible to download videos to play on the front TFT screen for those like me using the N64 shell for the Odroid XU4. Lakka, The RetroArena, Recalbox, and RetroPie all support the Odroid XU4 for retro gaming emulation. Each gaming platform is a bit different and offers something unique. Batocera remains one of my top choices for old school gaming, both on the Odroid XU4 and a host of other SBCs too.

What SBCs and OSes are you using for retro gaming?