The Raspberry Pi is a powerful, capable single-board computer. Able to tackle a wide-range of maker projects, the SBC remains one of the best platforms for retro gaming emulation. While RetroPie isn't the only Linux-based retro gaming operating system (OS) available for the Pi, it's arguably the most popular. And now, as of RetroPie 4.6, RetroPie works on the Raspberry Pi 4!

RetroPie Works on the Raspberry Pi 4

The Raspberry Pi Foundation debuted a new flagship Pi board in the Raspberry Pi 4. While a cursory glance might lend the notion that it's relatively unchanged, as the Raspberry Pi 4 maintains a credit card-sized footprint, the Pi 4 ushered in the greatest change yet. Onboard, a new system-on-a-chip (SoC) delivered greater processing power, and up to 4GB of DDR4 RAM is available. However, the revamped Pi 4 broke compatibility with previous Raspberry Pi OSes, instead relying on Raspbian Buster rather than Raspbian Stretch. As such, third-party Raspberry Pi OSes scrambled to provide working Raspberry Pi 4 images.

While it was possible to install an alpha build of RetroPie on the Pi 4, or install RetroPie as an app on top of an existing Linux-based distribution (distro), as of version 4.6 RetroPie works on the Raspberry Pi 4 as a standalone image. And out-of-the-box performance is spectacular. You'll find that higher-end systems such as Nintendo 64 (N64), Sega Dreamcast, and PlayStation Portable (PSP) run much better than on the Raspberry Pi 3 B+. A bit of an overclock and some emulator-specific tweaks has even the most demanding of PSP games running at least at playable framerates overall.

Why RetroPie is Important

Although the Raspberry Pi is an incredibly versatile board capable of powering a slew of different do-it-yourself (DIY) projects, many users enjoy retro gaming a la RetroPie. Admittedly, I initially adopted the Raspberry Pi during the Pi 2 era because of an interest in its retro gaming capabilities. Since then, my set up has evolved, and I've got a shelf of single-board computers including multiple Raspberry Pi devices. And while I've got Raspberry Pi devices running smart home hubs, 3D printing workstations, and even VPN servers, I still maintain a RetroPie build. In fact, emulation serves an important purpose. As great as official console clones like the NES Classic Mini are, emulation OSes allow for a larger library of games to be played. Where discs can suffer from disc rot or scratch, and cartridge pins bend and break, digitized ROMs remain functional. As such, from the perspective of preservationists, retro gamers and the ROM community are essential for keeping many titles alive via emulation. For old school gaming, RetroPie is a must-try on the Raspberry Pi 4. And you can run Lakka or Batocera on the Pi 4 as well.

What Raspberry Pi retro gaming OSes are YOU using? 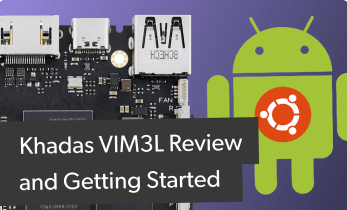