Raspberry Pi boards offer loads of uses for do-it-yourself (DIY) projects. One of the easiest and most gratifying is creating a retro gaming machine. There are several means to make a DIY gaming center. Among the popular options, RetroPie ranks as a top choice. Learn how to create a retro arcade with RetroPie for retro video games on the Raspberry Pi! 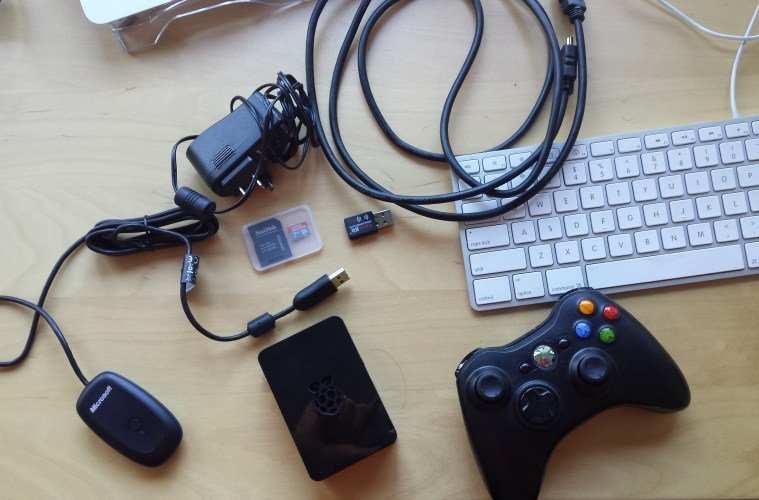 RetroPie is a simple means of transforming a Raspberry Pi, ODroid C1/C2, or even desktop PC into a retro arcade. It’s an EmulationStation frontend that’s built upon the Raspberry Pi-specific Linux distribution Raspbian. Therefore, RetroPie includes not only a lovely frontend, along with RetroArch for gaming but also a full Linux subsystem. Because Raspbian is a Debian-based distro, it’s packed with potential to install additional programs.

Before forging ahead, here’s what you’ll need:

Several Raspberry Pi boards function with RetroPie. If you're looking for the best Raspberry Pi for emulation, snag the most recent Raspberry Pi iteration. In this case, that means running RetroPie on the Raspberry Pi 4. RAM doesn't really matter since emulation is tied to CPU and GPU power, not RAM. For multi-tasking and desktop PC use, RAM is crucial, so if you plan to use your Raspberry Pi board for a desktop as well as RetroPie, grab the 2GB or 4GB RAM Raspberry Pi 4. Otherwise, the 1GB unit will do just fine.

Does RetroPie Work on the Pi 4?

Here’s how to cobble together a retro gaming machine using RetroPie.

Install RetroPie on Top of Raspbian

Alternatively, if you have a Raspberry Pi running Raspbian, you may install RetroPie on top of your distro. With Raspbian installed, first check your free disk space:

Then, perform an upgrade and update:

Next, install RetroPie. In a command prompt, run:

After that, install the most up to date RetroPie set up script:

Once that’s complete, you can execute the script with:

With your image downloaded, navigate to the correct folder on your hard drive where you saved your RetroPie image. Typically, that’s the Downloads folder. Since the RetroPie image is a .gz file, you’ll need to extract the image somehow. On a Linux machine, you should be able to extract the .gz file natively. However, for macOS and Windows, you may need a separate program. For Windows, 7-Zip is a solid choice. With macOS, try The Unarchiver.

When you’ve successfully extracted your image, you’ll see a .img file. Therefore, it’s time to mount that .img to a microSD card with an appropriate program. There exist several options:

Once the RetroPie image has been mounted to a microSD card, it’s time to test out the installation. Start by inserting the microSD card. Ensure that the Raspberry Pi is connected with an HDMI to a monitor or television. Additionally, confirm that your peripherals such as the keyboard, mouse, gamepad, and WiFi dongle (if needed) are plugged in. If everything worked properly, you should see the RetroPie splash screen. 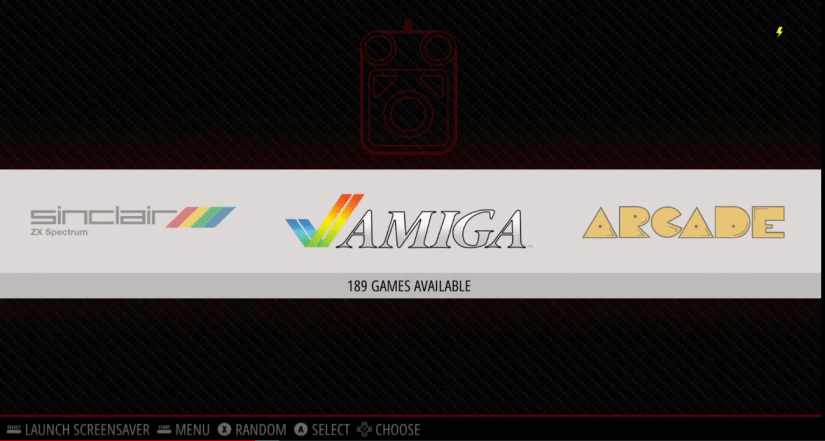 Upon first booting into RetroPie, you’ll see a brief intro where RetroPie will detect any gamepads. I used a wireless Xbox 360 controller which was immediately recognized by the operating system. There’s a short button mapping segment where RetroPie prompts you to press the corresponding buttons on your controller. Press “A” to start, and then carefully press the proper buttons.

Save that and enter:

Doing so will open the setup menu. Navigate to Install Xbox contr 360 driver and select this option. Finally, reboot.

But to add multiple controllers, you’ll require lines for each additional controller. In this case, enter:

Perform the same action for each controller. Following this logic, controller 2 would be:

After first booting into RetroPie, perform a bit of maintenance. Begin by selecting the RetroPie menu.

You may also wish to use WiFi. This is a great means of updating your RetroPie operating system (OS), as well as using your network to transfer ROMs.

As with any OS installation, it’s best to check for an update. With your keyboard and mouse plugged in and either connected to the Internet via WiFi or Ethernet, hit F4 to open a command line. Then, enter:

After that, install netatalk for ease of system access via the network:

Once you’ve completed basic setup, you can begin playing ROMs. However, you’ll want to install some emulators first. Begin by opening the RetroPie menu on EmulationStation. Then, scroll to RetroPie Setup. In the menu, select Manage Packages. You’ll see several sections. Each section features a list of packages which you can install, as well as what’s currently installed. Under the Optional section, you’ll find unstable packages which are listed as experimental. When you pick a package, it may feature additional configuration options.

For updating and installing emulators, you have a few options: 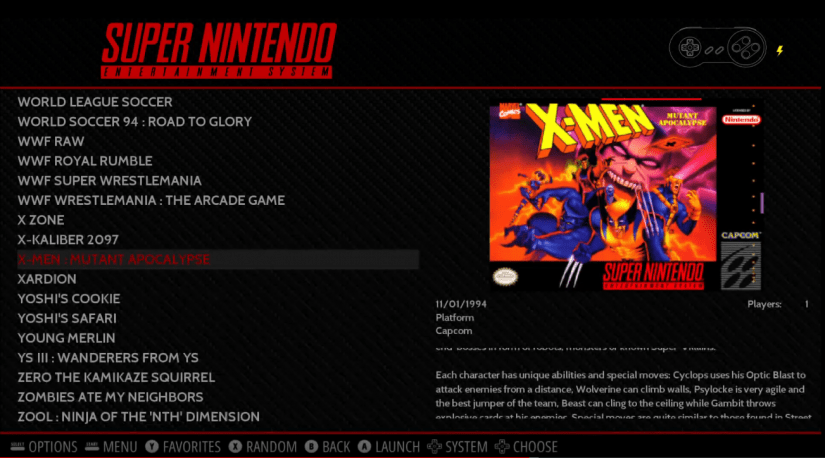 Now for the fun part! There are a few ways to transfer and store ROMs on your Raspberry Pi running RetroPie. As a reminder, please only use ROMs for games that you own.

For SFTP, you’ll need a program for macOS or Windows. Linux has SSH and SFTP compatibility baked in. WinSCP or Cyberduck are solid options.

The default username is: pi

A Samba Share also works. On Windows, type in \\retropie. Alternately, use your Pi’s IP address instead of retropie. For macOS, open the finder, select Go, and type in smb://retropie then pick Connect.

Running ROMs From a USB Stick

You may also store your ROMs on a flash drive. The major advantage here is that you can take your ROMs with you and if you upgrade your RetroPie setup, the ROMs are separate from the OS.

Once you’ve completed that, disable the USB daemon:

Finally, plug in the USB drive. You’ll also want to transfer the RetroPie file structure. Using SFTP or the terminal, move the /home/pi/RetroPie folder to the USB drive. That way, not just the ROMs, but the BIOS are also on the external drive.

To accomplish this, connected to the Pi via SSH run:

Then, with that USB device located, run:

Then, the USB directory should appear as:

Now edit fstab with the command:

Add a new line such as:

Such that UUID= is the UUID of the USB drive. Then, perform a restart.

RetroPie has a thriving GitHub with an extensive Wiki. Its Wiki and forums are excellent resources for troubleshooting.

If you’re looking for ROM sources, please only download ROMs to games you legally own. Better yet, rip your own. Here are a few reliable sites for video game ROMs:

How to Create a Retro Arcade with RetroPie: Final Thoughts

Ultimately, it’s pretty intuitive to create a retro gaming machine with a Raspberry Pi and RetroPie. It’s best to use a Raspberry Pi 4 or Raspberry Pi 3 B+ if possible. The Raspberry Pi 4 still can't perfectly emulate PSP, N64, or Dreamcast ROMs, but it's able to run, albeit poorly, Gamecube titles via the Dolphin emulator. As such, it boasts considerable processing power over the Raspberry Pi 3 B+. The Pi 3 B+ handles PlayStation 1 and earlier games like a champ, though isn't up to tackling many PSP, Dreamcast, and N64 games. For older systems and portable gaming, the Raspberry Pi Zero and Zero W is a fantastic pick. One of the top reasons to use RetroPie on the Raspberry Pi is its capabilities beyond retro gaming. Onboard, there's the ultra-popular Kodi media center for home theatre PC use, and you can install either Moonlight or Steam Link for game streaming from a host PC. Overall, this is one of the simplest but best Raspberry Pi projects available.

Your turn: What retro games are you playing on the Raspberry Pi?