Arduino boards are ultra-popular and powerful microprocessors. While these single-board microcontrollers may function for many of the same projects as the Raspberry Pi and other development boards, an Arduino is actually complimentary to single-board computers (SBCs) such as the Pi, ASUS Tinker Board, and Odroid Go. Therefore, you should consider getting an Arduino and a Pi. However, aside from if you should get a Raspberry Pi or Arduino, you may be wondering which Arduino board to get. Find out which Arduino board is best for you! 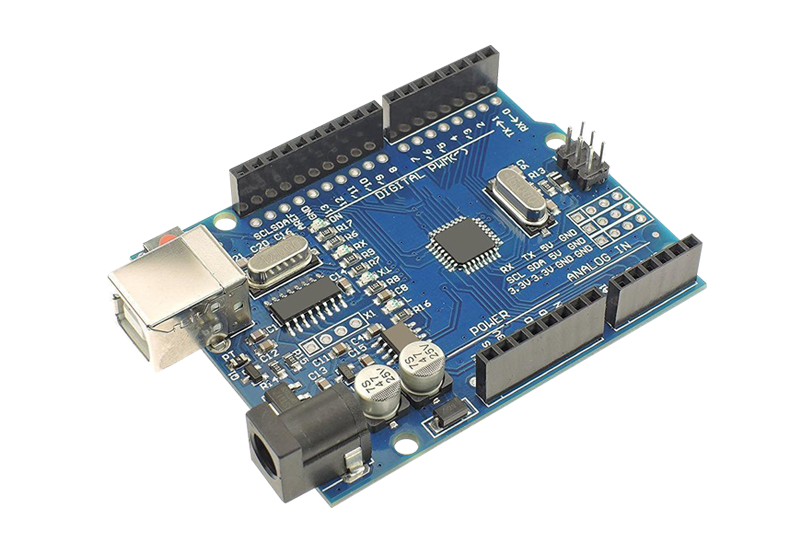 The Arduino Uno is one of the best Arduino boards for beginners. It's extremely user-friendly while allowing for exceptional connectivity. On the input/output (I/O) side, you'll find an onboard LED indicator, USB B controller, and superb power handling for projects requiring an external power jack. Arduino Uno kits often target beginners, coming bundled with an Arduino Uno board, LEDs, servo motors, and everything needed for getting started with an Arduino. Devices such as the Elecrow smart plant watering system truly exhibit the prowess of the Arduino Uno. There's an LCD screen attached, with moisture sensors, a water input/output valve, and barrel jack power connector as well as USB port. This DIY irrigation system reads soil moisture levels and automatically doles out water Just because the Arduino Uno offers an understandable platform for Arduino beginners doesn't mean it's a less capable board. 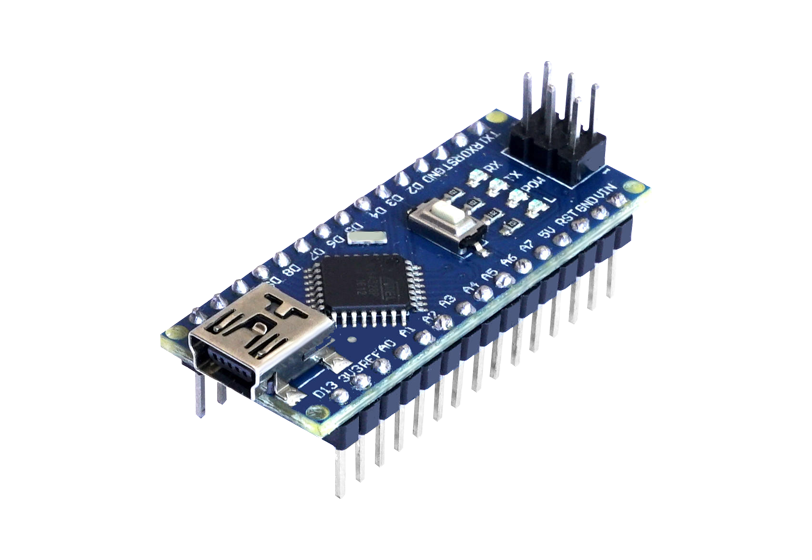 The Arduino Nano, on the other hand, features a small USB port, and lacks a power jack. However, it's great for breadboard projects. With an 18mm x 45mm stance, the small form factor Arduino Nano remains best-suited for portable Arduino projects and Internet of Things (IoT) endeavors that demand low power and a tiny footprint. The Nano is a fantastic board for beginners like the Arduino Uno. Arduino Nano projects range from a matrix keypad using Visuino to an automatic smart plant pot that's 3D printable and features an integrated water tank, soil moisture sensor, pump, status LED, and water level sensor with an Arduino Nano. 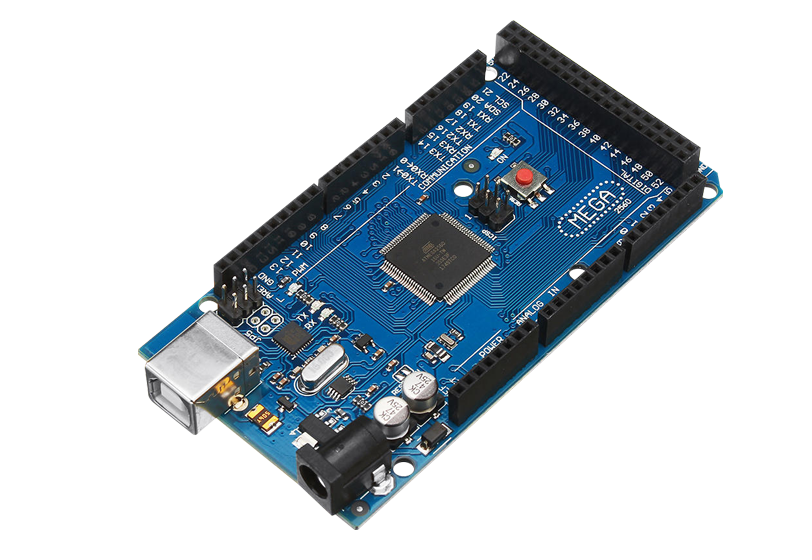 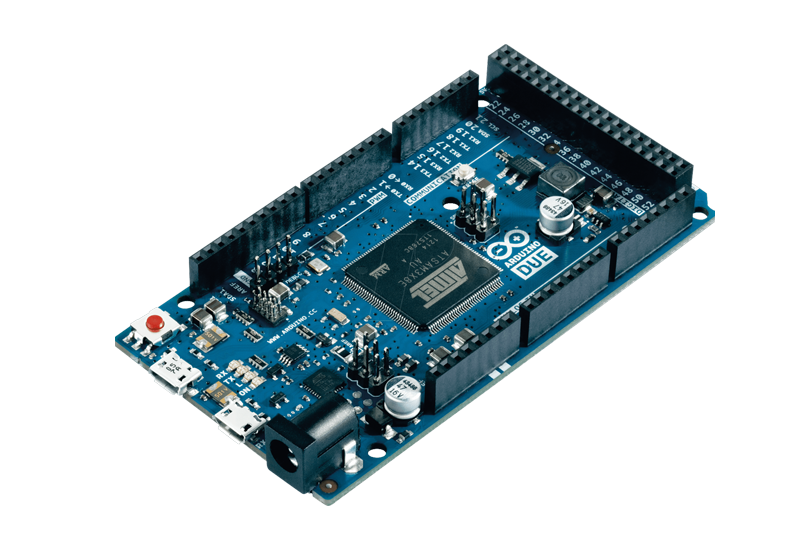 Like the Arduino Mega, the Arduino Due offers a premium experience for Arduino gurus. Just as the Mega touts extra ROM and RAM, so too does the Due. With 512KB of ROM and a beefy 96KB of RAM, it's able to tackle large, memory-intensive programs. Again, it's an Arduino board better suited for advanced projects which demand I/O connectivity and more memory. The Arduino Due functions for projects such as a persistence of vision (PoV) cylinder or an Arduino TFT interfacing project. 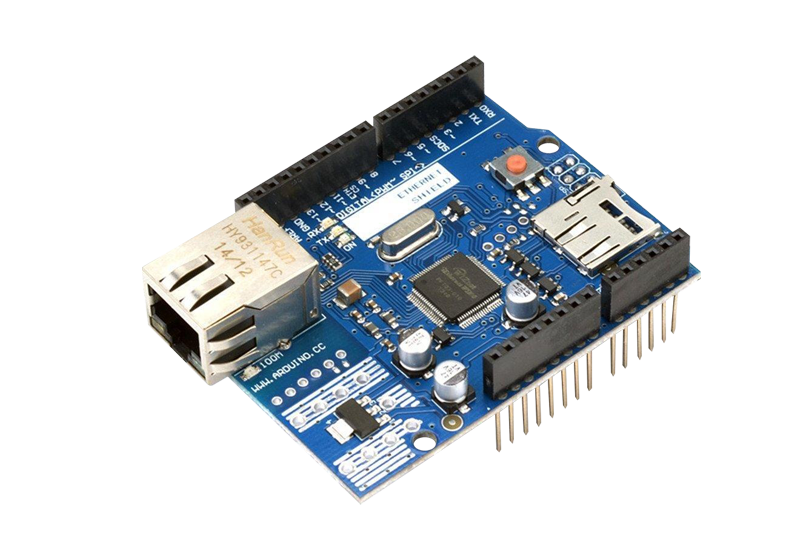 This ATmega328-based microcontroller boasts 14 digital I/O pins, 6 analog outputs, a 16 MHz crystal oscillator, power jack, and an RJ45 connector, or Ethernet port. Its optional Power over Ethernet (PoE) module may be tacked on for an Ethernet-powered board. There's an incorporated WizNet W5100 TCP/IP embedded Ethernet controller, making this a solid board for advanced Arduino users. For Internet of Things projects, the Arduino Ethernet Rev 3 not only hosts an Ethernet header, but there's a built-in microSD card reader for networked files. 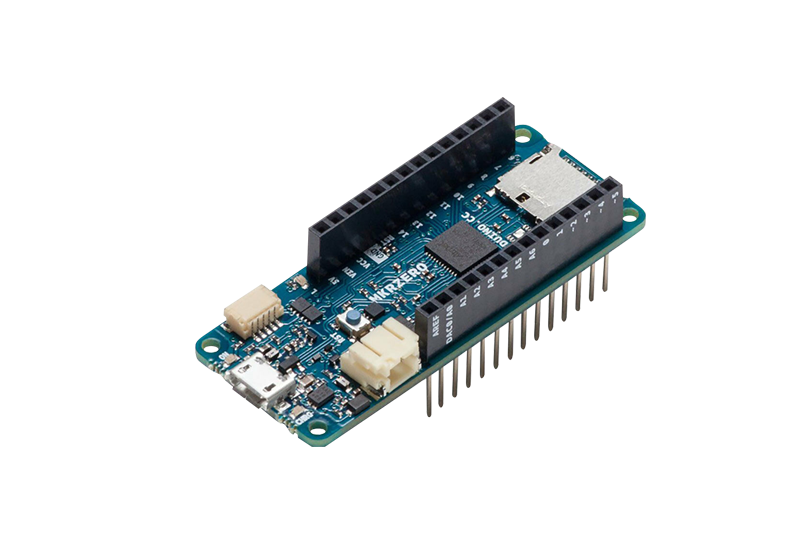 There are tons of different Arduino boards, and each caters to different needs. Arduino Uno and Nano boards are excellent for beginners, though serve equally as well for a complex maker project foundation. If you're analyzing audio data or playing audio files, the Arduino MKR Zero is easily the best choice. From blinking an LED to a DIY word clock or a robotics project, there's an Arduino board to fit your needs. To elevate your Arduino even further, check out the best Arduino experts, hobbyists, and DIYers to follow on Twitter!