Often, we default to running Linux on single-board computers (SBCs). Indeed, many Linux distributions (distros) run Linux extremely well. And with a slew of flavors, from Debian and Ubuntu derivatives such as Raspbian, Linux Mint, and Ubuntu MATE, to penetration testing distros such as Kali Linux, and even just-enough operating systems (OSes), there's a ton of choice. But Android is an awesome alternative to a more traditional Linux distro. Discover the best SBC for Android, from what maker boards run Android well to why you should use a single-board computer for Android!

Why Run Android on a Single Board Computer?

Most commonly, Android is thought of as running on mobile devices such as phones and tablets. However, set-top boxes like the Nvidia Shield TV run Android TV, bringing the versatile operating system to TVs, monitors, and projectors. What you'll find with many Android OSes for SBCs is that they're optimized mobile devices. As such, some apps will work fine with controller and remote navigation, while others need a keyboard and mouse. The experience will be similar to streaming boxes from third-party vendors such as WeTek and MeCool that feature a tablet-optimized Android OS. Navigation is pretty smooth, although some apps require a keyboard mouse to use.

You can find Android TV images for select development boards, as well as Android TV launchers. A do-it-yourself (DIY) Android box with a maker board allows you to create your own media player. With Android on an SBC, you'll be able to install tons of apps such as Plex, Netflix, Hulu, Spotify, and even the Google Play Store. There are loads of games too including native Android games like PUBG, Fortnite, and GTA III to emulators for playing ROMs.

Aside from gaming and multimedia purposes, developers could benefit from using an Android-powered SBC for testing purposes. You can run Android on a maker board for a sandbox where it's safe to test different apps. Or, simply use Android for a desktop, from web browsing to office productivity such as writing and editing.

Why use Android on an SBC:

When selecting an Android image for your SBC, you might not have a ton of choice. But certain qualities make a more polished, user-friendly experience. Ideally, select an Android OS that's fairly recent. Google Play access is ideal, although several Google Play alternatives such as Aptoide offer app downloads. An Android TV Os is best if you plan to use a traditional TV or monitor, and at the very least an Android TV launcher is great. But you could build your own Android tablet with a compatible SBC and touchscreen as well.

What to look for in an Android SBC image:

Check out the best SBCs you can use for Android.

The ASUS Tinker Board is an awesome little Raspberry Pi alternative. Boasting pretty powerful specs particularly for the price, it's a nifty device for a variety of applications. On the Tinker Board, you'll be able to run an official Android image, as well as the retro gaming and home theatre-focused Slash TV. Where the Tinker Board shines is with its pretty capable Android images. I experienced few if any bugs, and was able to sideload both the Google Play Store and Aptoide store on its official Android image. Slash TV, on the other hand, came with the Google Play Store preloaded. Overall, with multiple Android images available, the ASUS Tinker Board is the best single-board computer for Android that money can buy.

Available Android OS for the ASUS Tinker Board:

HardKernel's Odroid N2 is easily the most powerful single-board computer for Android. Sporting an Amlogic S922X SoC and ARM big.LITTLE processor with four 1.8GHz Cortez A73 cores and dual 1.9GHz Cortex A53 cores, it's a blisteringly fast little development board. What's more, you'll find 4GB of RAM and a Mali G52 GPU plus a microSD card slot and four USB 3.0 ports. The Odroid N2 packs a major performance punch and has the software chops to back it up.

Similarly, the Odroid XU4 benefits from superb Android support. When it comes to running Android on this development board, the XU4 can run a slew of different Android image. There's even an Android TV OS for the Odroid. User voodik continues to wow with Android images created for Hardkernel images. Without strong community support, would-be awesome SBCs absolutely fail, and Odroid maker boards luckily have a dedicated group of users and developers which ultimately means a higher availability of Android images. 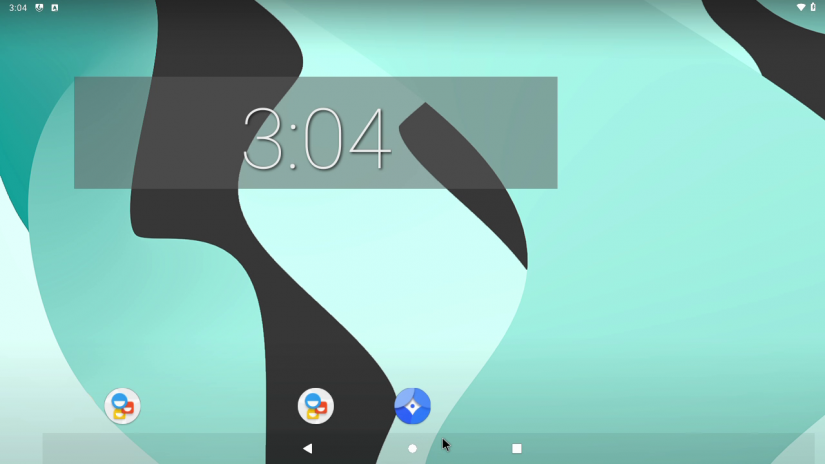 RockPro64 - A Super Powerful Board That can Run Android

Undoubtedly, the RockPro64 remains a top contender as the top dev board on the market. Its Rockchip Rk3399 system on a chip (SoC) provides ample processing power, especially for its size and cost. So for home theatre use, emulation, and even NAS capabilities, the RockPro64 and other RK3399-based SBCs work extremely well. However, relying on community support, the RockPro64 simply lacks a great Android image.

Best Single Board Computer for Android Use - Final Thoughts

Android provides a viable alternative to both Linux and non-Linux OSes on single-board computers. Perfect for an app testing sandbox, gaming and multimedia platform, as well as a desktop. My favorite SBC for Android is the ASUS Tinker Board. Because of its Raspberry Pi form factor, you can use a ton of different Pi cases with the Tinker Board. While I used Tinker OS Android, I prefer Slash TV. With its slew of pre-installed apps, it's a neat retro gaming and streaming media player. Plus, Google Play and Firefox come built-in so it works perfectly as a desktop. And downloading your own apps is a breeze. The Odroid XU4 and Odroid N2 are similarly superb. Community support aids both Hardkernal boards in elevating above the competition.

Your turn: Which SBCs do you recommend for Android? 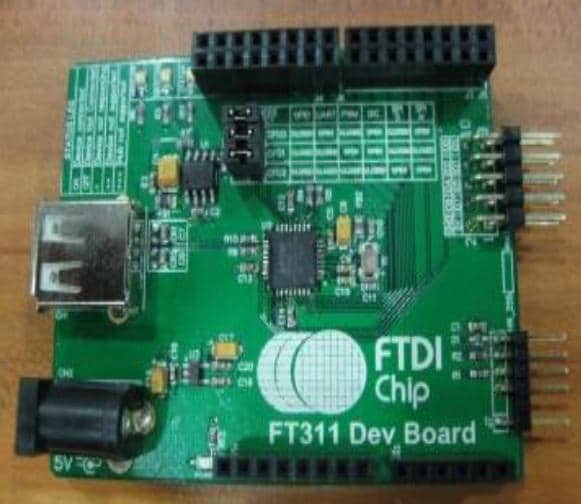 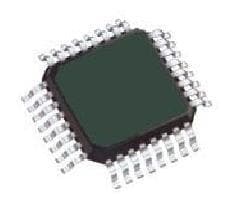 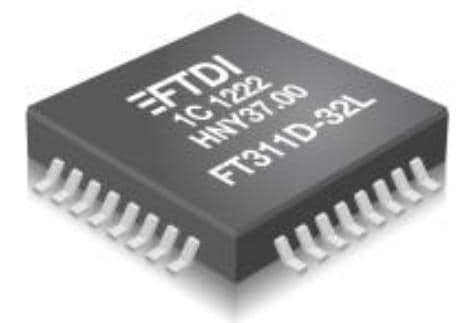 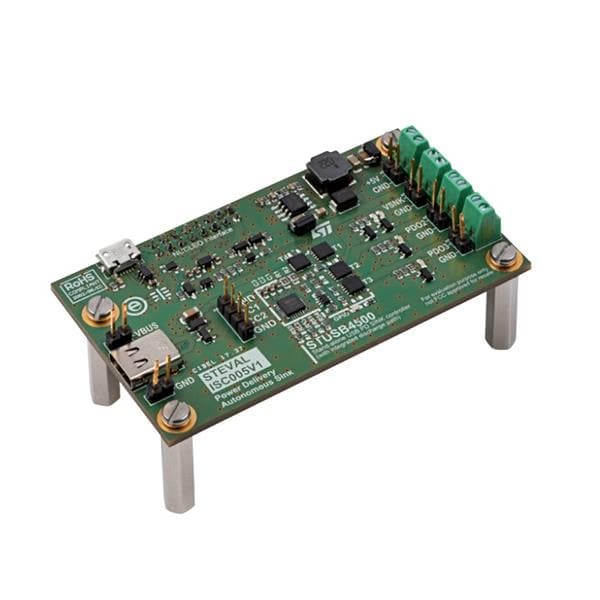 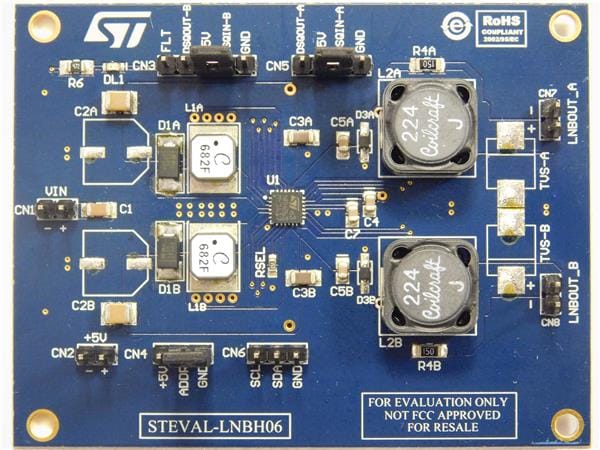 Power Supply Evaluation Board For Lnb Based On The Lnbh26s 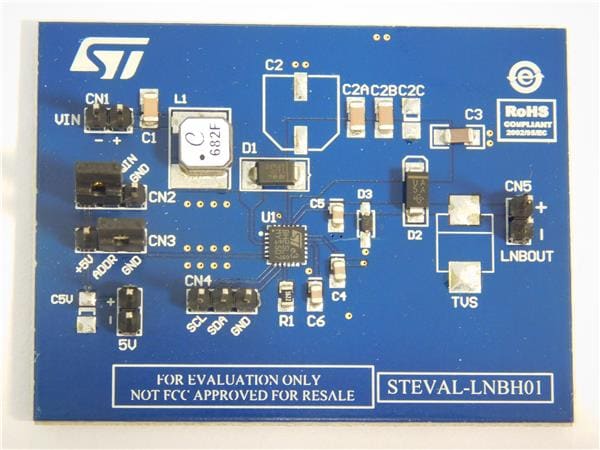 Power Supply Evaluation Board For Lnb Based On The Lnbh25ls