Single-board computers abound. Aside from the Raspberry Pi, arguably the most popular SBC on the market, there are tons of viable alternatives. And even more plentiful than the slew of maker boards available are potential development board (dev board) use cases. Popular projects include basic Linux or Android desktops, smart home hubs, retro game consoles, network-attached storage (NAS) devices, and a bunch of other uses. SBCs can be great for robotics tinkering too. Check out the best single board computer for robotics!

How to Pick Out the Best Single-Board Computer for Robotics

There are tons of considerations when selecting a dev board to fit your needs. While it's not a popularity contest, how widely-used a maker board is will impact the available community resources such as forums, books, tutorials, and hardware accessories. You'll also want to think about connectivity. For instance, GPIO headers, Bluetooth, Wi-Fi, and connectors for cameras, motors, LCD screens, and other components is essential for a robot project. Think about if you want to build from scratch or use a kit. While some SBCs feature compatible robotics bundles, others will be completely do-it-yourself. And price is a major factor. Although many dev boards clock in around $35 USD, and stay well under $100, others retail for a few hundred dollars. 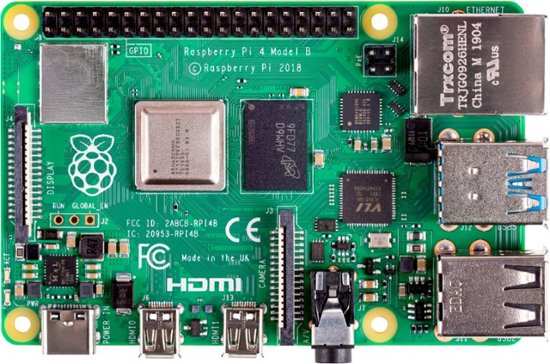 The Raspberry Pi isn't just the best robotics SBC on the planet. It's probably the bet-known maker board money can buy. There are loads of tutorials explaining how to use a Raspberry Pi as a buggy, competition-ready robot, or another similar project. Plus, you can purchase Raspberry Pi-based robot kits such as the SunFounder PiCar-S or PiBorg.

Whether it's a completely do-it-yourself (DIY) design, off-the-shelf kit, or a fusion of the two, a Raspberry Pi board is an excellent foundation for building your own sweet robot. It's well-documented with a massive user base, so you're sure to find a ton of tutorials to use as inspiration and forums where you can seek help troubleshooting. The Raspberry Pi Zero/Zero W could work as a tiny, low-power option, or if you need additional computing power the Raspberry Pi 3 B+ or Pi 4 works perfectly.

Why the Raspberry Pi 4 is great for robotics: 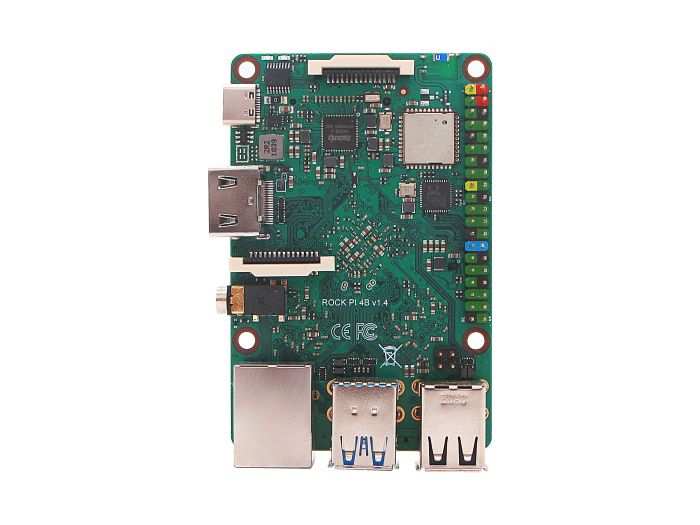 With its 40-pin GPIO interface, the Rock Pi 4 is extremely maker-friendly. You can hook up buttons, sensors, LEDs, switches, motors, and more. What's more, its Bluetooth and Wi-Fi further provide ample connectivity options. You can even hook up cameras using its MIPI CSI connector. Capable and loaded with I/O, the Rock Pi 4 Model B is a great SBC for robotics.

Why the Rock Pi 4 Model B is great for robotics:

Hailing from BeagleBoard, the BeagleBone Black is an affordable single-board computer engineered with makers in mind. While its specs may be modest, packing in 512MB of DDR3 RAM, a 4GB 8-bit eMMC module, 3D graphics acceleration, dual PRU 32-bit microcontrollers, and a NEON floating-point accelerator, the BeagleBone Black nevertheless serves as a solid base for various robotics projects. On the software side, you can run Linux operating systems such as Ubuntu and Debian, as well as Android and a slew of other OSes.

There's top-notch connectivity as well including HDMI, Ethernet, a USB host, USB client for communication and power, plus two 46-pin headers. What truly sets the BeagleBone Black apart is its large community, vast resources, and hardware add-ons. You'll find a lots of community forums and IRCs or books to help you get started. What's more, BeagleBone offers many different hardware add-ons including its gaming cape and PRU cape for purposes ranging from building a hand-held gaming console. There's even a dedicated robotics cape with a 9-axis IMU for effortlessly creating a robot at home.

Why the BeagleBone Black is great for robotics:

4. Nvidia Jetson Nano - The Most Powerful Single Board Computer for Robotics

It's difficult to find anything the Nvidia Jetson can't do. Not only is the Nvidia Jetson the most powerful single board computer for robotics, it's an artificial intelligence (AI) capable dev board. Clocking in a bit shy of $300 USD, it's not cheap but the possibilities are nearly endless. Whereas you can find robotic kits for many maker boards, the NVIDIA JetBot is a Jetson Nano vision-controlled AI robot. Incorporating artificial intelligence for an autonomous vehicle, it's hands-down the most competent hardware for creating a DIY robot.

The JetBot itself is open-source in all aspects, both hardware and software. Thus, you may use the JetBot as a jumping-off point to generate custom AI-powered robots. Its GitHub page explains everything you need to know to get started, featuring tutorials on the basics as well as its artificial intelligence-powered collision avoidance system. Additionally, the Nvidia Jetson rocks desktop Linux distribution support and delivers a whipping 472 GFLOPS of compute performance, all while maintaining a low 5-watt power draw.  Of course, you don't need to use the JetBot for an Nvidia Jetson Nano-powered robot, as you can simply cobble together a project from scratch.

Why the Nvidia Jetson Nano is great for robotics: 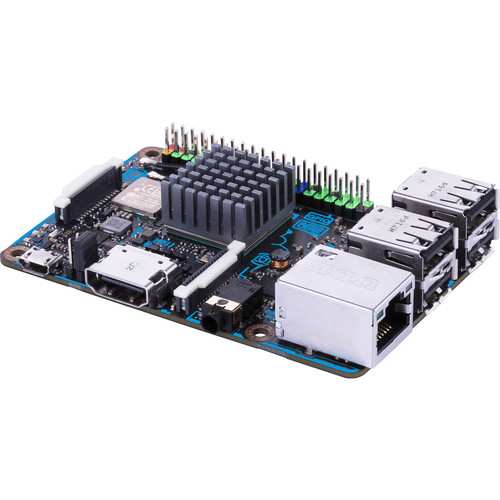 The ASUS Tinker Board and Tinker Board S offer tons of features at a reasonable price. Arriving in the same form factor as the Raspberry Pi 3 and Pi 3 B+, the Tinker Board benefits from excellent compatibility with Raspberry Pi cases and accessories. You'll find a 40-pin GPIO header and tons of connectivity options including PWM, S/PDIF, MIPI CSI, MIPI DSI, Wi-Fi, Bluetooth, and GbE LAN.

You can snag an off-the-shelf Arduino compatible robot dev kit that's ASUS Tinker Board-compatible. Or, you can hook up various components and build a DIY Tinker Board robot on your own. The book Practical Tinker Board even gives you a robot build complete with a supplies list that includes the Adafruit Motor HAT. For a robot, you might consider the Tinker Board S since, unlike the vanilla Tinker Board, the S rocks a hardware PWM for motor control. Because of its form factor and GPIO header, the Tinker Board and Tinker Board S boast compatibility with most Raspberry Pi accessories, making this a solid option for tinkering.

Why the ASUS Tinker Board S is great for robotics:

Building a robot at home may sound challenging. But it's pretty feasible once you've selected the right dev board for your needs. If you've got pretty basic requirements, the Raspberry Pi Zero or Zero W should suffice, or even the Pi 3 B+ and Pi 4. As a reasonable facsimile for the Raspberry Pi, an ASUS Tinker Board S works well. The Nvidia Jetson Nano ranks as the most powerful SBC for robotics, and makes it easy to integrate AI into your project. And the low-cost BeagleBone Black is a nifty pick with tons of compatible hardware components. Looking for more SBCs? Check out the best maker boards for emulation and NAS use!

Your turn: What do you think are the best SBCs for robotics?