Microcontrollers and single-board computers (SBCs) are great maker tools. And many development boards including the Raspberry Pi and Nvidia Jetson Nano are well-suited to robotics projects. However, Arduino microcontroller units (MCUs) are ideal for building robots. Because of their superb connectivity with various peripherals ranging from LEDs and through-holes to sensors and servos, Arduino boards work wonderfully for robotics projects. While you can build an Arduino robot from scratch, a starter kit is easier to use and guarantees compatibility with all accessories. Check out the best Arduino robot kit options you can buy!

Why You Should Get an Arduino Robotics Kit

Ok, before you scoff at the notion of an off-the-shelf robotics Android starter kit, there are several benefits. Sure, an Arduino-powered robot built from the ground up is super rewarding. But that's pretty daunting for beginners. Newcomers to the Arduino platform should definitely consider an Arduino robot kit rather than attempting to whip one up from scratch. Even if you're a seasoned microcontroller pro, a complete robot kit lets you easily iterate upon the pre-existing design. You can use a kit as a jumping-off point rather and customize it to your liking. They're often affordable, accessible, and well-documented.

Why to get an Arduino Robot kit: 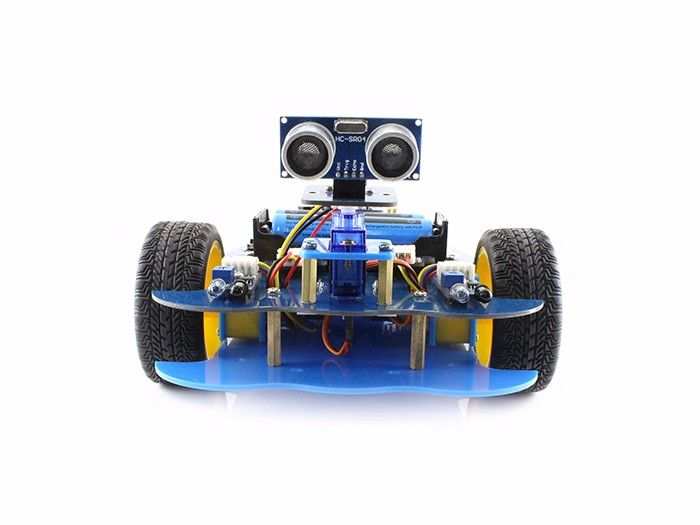 The SeeedStudio AlphaBot is an Arduino robot that's fun and easy to build. Resembling WALL-E or the robot from from "Short Circuit," that clearly inspired the Pixar animated "WALL-E," AlphaBot comes with an Arduino UNO Plus microcontroller. It's packed with various sensors and peripherals which transform it into a functional robotic vehicle. There's an obstacle avoidance system, IR control, line tracking, speed measurement, and an ultrasonic sensor. Its open platform and modular design allow for simple iteration and prototyping. Aside from Arduino compatibility, the AlphaBot interfaces with the Raspberry Pi as well. There's Bluetooth remote control, iOS, and Android apps for controlling the vehicle. Potential builds include a video monitoring robot, ultrasonic or infrared obstacle avoidance robot, IR and Bluetooth remote-controlled vehicle, or iR line tracking robot. Overall, the AlphaBot is a versatile Arduino robot kit that's modular and customizable. 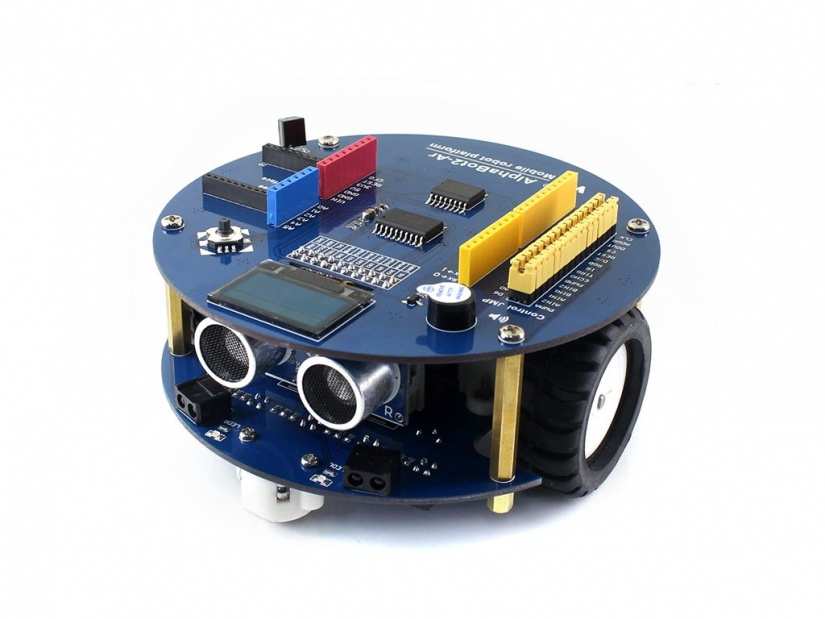 The AlhpaBot2 is a well-engineered Arduino robot. Like the AlphaBot, the AlphaBot2 utilizes an Arduino-compatible UNO Plus board. You'll find a slew of autonomous vehicle components onboard such as line tracking, ultrasonic ranging, IR, obstacle avoidance, and Bluetooth. Assembly is incredibly user-friendly and solderless. There isn't even any wiring. Its open-source demo code is easy to adapt for virtually any purpose. Two giant oversized rubber wheels and a circular design make for excellent stability. In addition to its Arduino connectivity, the AlphaBot2 interfaces with Raspberry Pi boards. You can create a line tracking Arduino robotics project, obstacle avoiding vehicle, or whatever else you dream up.

Hardware manufacturer DFRobot makes an array of high-quality maker devices and components. And its 4WD Arduino-compatible robot car is a go-anywhere Arduino kit. Specifically engineered for stellar climbing capabilities, the DFRobot 4WD Arduino robot kit is a rugged mobile. Comprised of solid acrylic material, the drive shaft is comprised of high-strength aluminum alloy. It's capable of off-roading and traversing sand, gravel, inclines, and grass. Although, it's probably not as off-road worthy as a Jeep Wrangler. But for the size, it's a really powerful do-it-yourself Arduino-powered robotic vehicle. 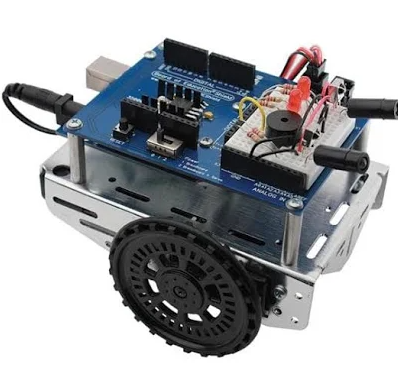 The Parallax robotics shield kit is a fantastic means of transforming an Arduino UNO into a robot car. It includes a slew of different activities, from learning to program an Arduino to assembling a robot. It's extremely customizable and sports a veritable treasure trove od Arduino accessories including lights, speakers, tough switches, phototransistors, and more. As such, you can configure the Parallax Arduino robot car to navigate using light with phototransistors, by object touch with its touch switches, or even pre-program in navigation. It's one of the best Arduino robot kits to learn about not only hardware, but coding as well. 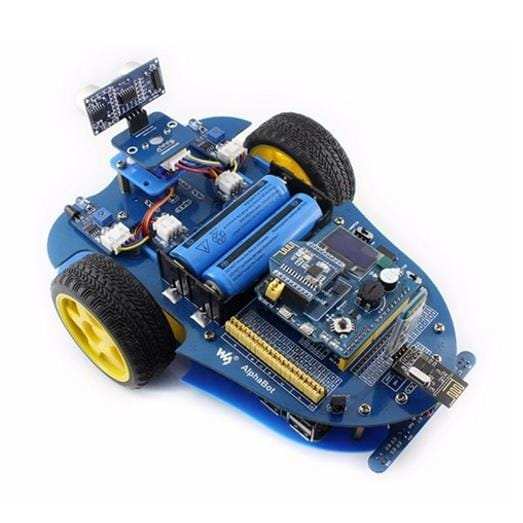 There are tons of Arduino starter kits, from robotics to household items and wearables. They're awesome for learning about Arduino hardware and programming. With the modular design that kits often have, and the ability to make different projects of increasing difficulties, starter kits boast an unparalleled value and learning potential.

These are the best Arduino robot starter sets we found. What robotic Arduino kits do YOU recommend?