Here’s a lovely bit of awesome to get you in the mood for one of the most interesting Raspberry Pi build videos you’ll see for a long time.

Housed in an IKEA Tertial lamp and utilising a 3D printed chassis to hold the Raspberry Pi 3 and other components (smart beam projector, Adafruit ADXL345 accelerometer, Raspberry Pi V2 camera, and numerous cables, connectors, and screws, which you’ll find listed in the build notes), this augmented reality projection lamp has been developed by Nord Projects, and christened, simply, “Lantern”.

Capable of transforming “any surface into an ambient, smart surface” the Lantern aims to explore “the relationships between surfaces and content – augmenting real-world objects and environments with glanceable, meaningful data.”

It does this by projecting information based on context: what is being listened to, what the Lantern is pointing at, etc. For instance, point the lamp at a clock and it will annotate calendar information; direct it at a kitchen wall to display the steps needed for the recipe you’re making; view weather information; even point the Lantern at the ceiling at night time to view a representation of visible constellations.

Visualisations are made possible thanks to Processing, the Java-based programming language that sits between computing and visual arts, while the open source code can be downloaded from GitHub.

You’re already picturing this as the ultimate IKEA hack (there’s an editable CAD model, for making minor adjustments based on individual lamps), but it gets better. Like any lamp, anyone can access the Lantern. There is no need for creating individual user accounts, for instance; instead, everyone can access the device via a mobile app and Bluetooth connection.

Sitting at the heart of the project is Android Things, the Android-based Internet of Things platform which is already revolutionising projects in 2018. This enables the functionality of the lamp, from pointing it to different surfaces to prompt the accelerometer to react to the change, to switching channels in the app to display new information. You might see your Twitter feed, for example, or enjoy a nice ambient view of drops in a puddle. It just depends on which Lantern channels are configured.

The time has come to build your own Lantern, but will you stick to the original design or fork it into something new, awesome and totally individual? Share the results with us when you’re done! 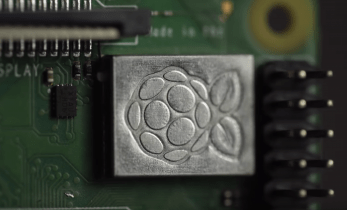