Welcome to your weekly dose of news from across the Maker and embedded world. This week, new boards from Udoo and OKdo, a new variation of the ODROID-Go Advance handheld console, and news from Nordic Semiconductor, among others. 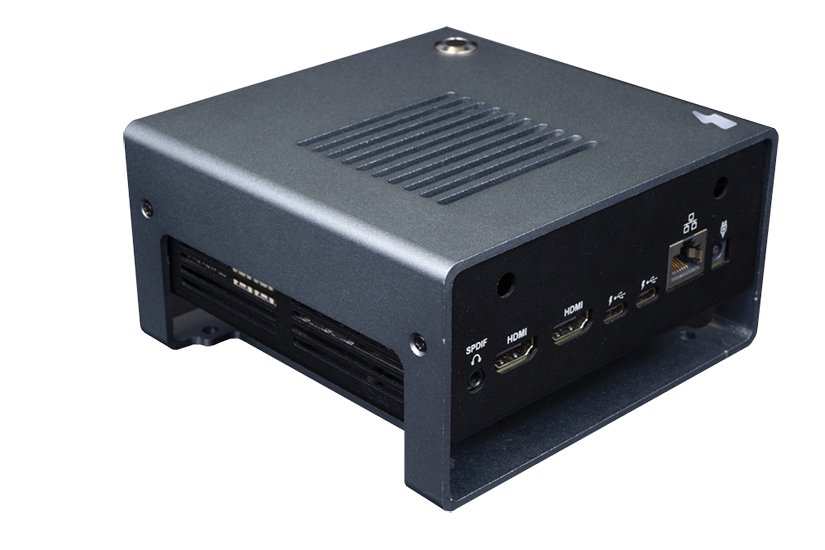 May 2020 will see the release of the Udoo Bolt Gear from SECO. The latest in a line of boards combining powerful processors with Arduino compatible GPIO pinouts, this iteration features two models, the V3 and the V8. Both feature an AMD Ryzen V1000 processor, AMD Radeon Vega GPU, and 2X DDR4 Dual-channel sockets supporting up to 32GB of RAM.

Alongside support for 4k 60 frames per second (FPS) playback on multiple screens, the Bolt Gear has an embedded ATmega32U4 (the same as the Arduino Leonardo, among others), and native connectors for Grove modules and SATA 3.0.

Given the power and extensibility of the previous Udoo Bolt - delivered via a Kickstarter which beat its target by over $500,000 - there is likely every reason to take the Bolt Gear's tag line to heart:

"And nothing by any means shall stop you." 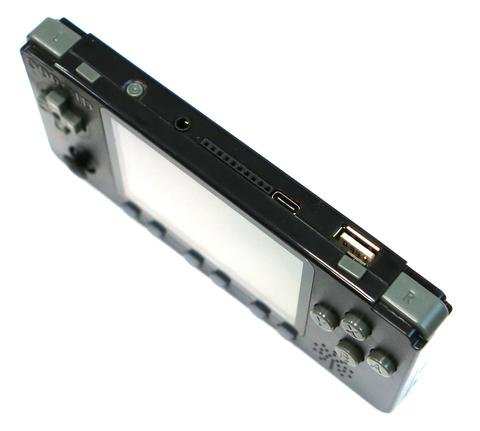 If you're a fan of DIY handheld gaming consoles, the recently announced revision of the ODROID-GO Advance might be for you. The updated console, dubbed the Black Edition, builds on the original Rockchip ARM Cortex-a35 equipped ODROID-Go Advance with some new features including:

The ODROID-Go Advance Black Edition is expected to start shipping in the first week of June 2020 and is available to pre-purchase from ameriDroid for $65.95 Save $1 off purchase of $10 or more with code EMSUPPORTER at checkout.

Online retailer OKdo has released its first microcontroller, the OKdo E1 Development Board. Costing £13.42 ($16.59), and based on the NXP LPC55S69JBD100 dual-core Arm Cortex® M33 processor, it's designed to be a cheap and low powered board for developing embedded IoT and secure applications.

The E1's CASPER co-processor, along with tools for key generation and data encryption, is likely to interest people interested in working with security. With support for up to 100MHz operation (actually, up to 150MHz with 16MHz mounted) and 320kB SRAM, it's no slouch either. The full list of specifications is available on the OKdo E1 purchase page, along with the complete technical reference for the board.

Due to the ongoing worldwide situation with Covid-19, Nordic Semiconductor have postponed their Tech Tour dates in the EMEA regions. Like many events that have had to be rescheduled or canceled due to Coronavirus, the focus is shifting online, with Nordic offering webinars on a variety of subjects over the coming days.

Online sessions include introductions to Bluetooth Low Energy (BLE) and cellular IoT among others, and sign-ups for each webinar takes place on the Nordic Tech Webinar site.

There is little more to go on than this tweet for the time being, but it's certainly worth watching this space to see what the developers add to the lightweight Armbian ecosystem.

If you are looking for an open-sourced media platform for your Raspberry Pi, the recent beta release of EasyDK from French startup MMPhytigal might be worth looking into. It's a Python-based system for managing videos, photos, and documents using either cloud or local storage.

As well as general media management, the platform looks to target deployed hardware too:

Currently, users have the option between 2GB of free storage on the cloud or using their own local storage. It's early days, but given that the platform promises support for smartphone remote control, networked display management, and secure access points, it looks like MMPhytigal are aiming to go a little beyond the average home media management platforms.

You can download the EasyDK source code from their Git repository, or buy one of the starter kits which include everything you'll need to get started.

That is your roundup for this week, if you saw anything interesting in the last week that we've missed, let us know about it below! Stay safe, stay creative, and we'll be back with more next Wednesday.