The Raspberry Pi is a tiny yet powerful single-board computer. With its small form factor, the credit card-sized Pi boasts an extremely low power-draw. Coupled with a fantastic wired and wireless connectivity as well as lots of RAM choices and a strong system-on-a-chip (SoC), the Raspberry Pi is well-suited to connected applications such as a whole-home ad-blocking server, VPN, and even a network-attached storage (NAS) device like a home media or file server. One of the best projects for the Raspberry Pi is a torrentbox. Check out the best Raspberry Pi torrent clients you can use for a Raspberry Pi seedbox, from Transmission and qBittorrent to Deluge and everything in-between!

BitTorrent is a peer-to-peer (P2P) file-sharing protocol utilized for distributing data electronically with a decentralized method. Rather than using a central server for file transfers, a BitTorrent client enables Internet-connected devices to upload and download files. Instead of downloading files from a single server, the BitTorrent protocol lets users participate in a cluster of uploading and downloading hosts. As you're downloading a file, you can upload chunks of that file to other downloaders and therefore boost upload/download speeds. Moreover, the BitTorrent protocol allows for non-sequential downloads wherein pieces of a file may be downloaded at any time and then are re-arranged into the correct order by the BitTorrent client.

There's often an incorrect association of BitTorrent with piracy. But BitTorrent as a protocol is completely legal. Just like a web browser, it can be used for legal or illicit activity. In fact, there are loads of legal torrenting applications. For instance, many Linux distributions (distros) including Ubuntu, Debian, and Raspberry Pi OS may be obtained via torrents. And there are plenty of free, legal public domain movies, TV shows, and albums you can find. The likes of "Night of the Living Dead," "The House on Haunted Hill," and "Plan 9 From Outer Space," are all within the public domain and may be legally downloaded.

The Raspberry Pi is a cheap, powerful, energy-efficient seedbox solution. With its Gigabit Ethernet and 802.11ac Wi-Fi, the Raspberry Pi 4 is well-specced for networking. Boasting extremely low power-draw, it's perfect for an always-on server. Because of its Broadcom BCM2711, quad-core Cortex-A72 (ARM v8) 64-bit SoC and up to 8GB of DDR4 RAM, computing power is more than adequate for torrenting. What's more, you can boot a Raspberry Pi from an SSD. Therefore, a Raspberry Pi seedbox can benefit from fast, reliable read/write speeds. And with its base pricing of $35 USD, the Raspberry Pi 4 is a nifty option for a do-it-yourself (DIY) torrent server that won't break the bank. 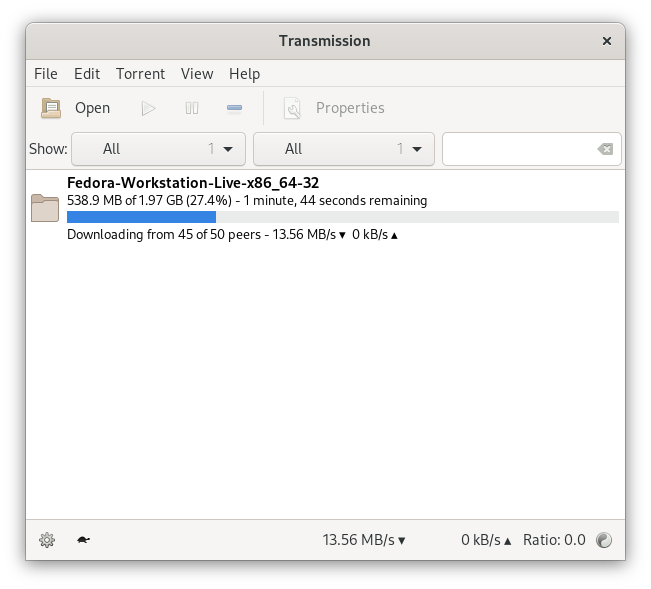 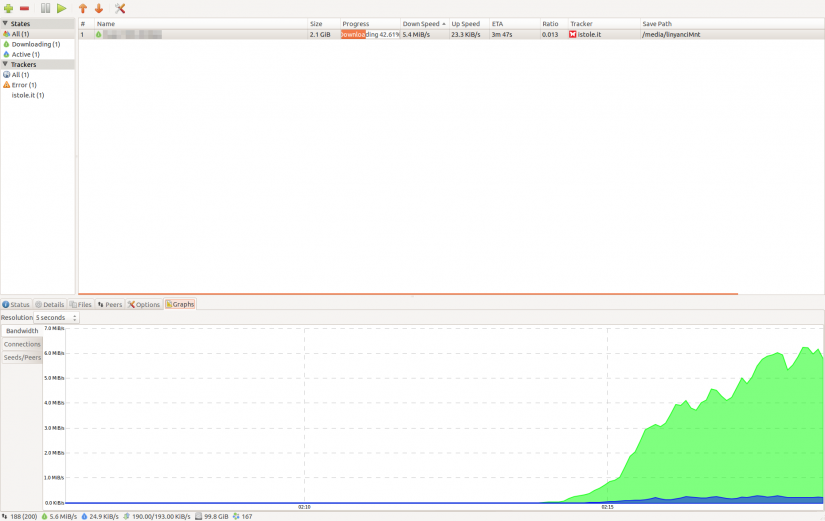 Deluge is another Raspberry Pi-compatible BitTorrent client. It's cross-platform compatible with installers for macOS, Linux, and Windows. Its robust feature set includes the likes of a web UI, full encryption, tons of plugins, local peer discovery (LPD) and exchange (LPX), UPnP, DHT, and a slew of other inclusions. Documentation is top-notch for digging into the various Deluge settings. There's a GTK desktop user interface, web UI, and console UI for command-line use. Deluge is completely free to use and open-source under the GNU GPLv3+ license. Requiring very few system resources, Deluge balances functionality with a tiny footprint. 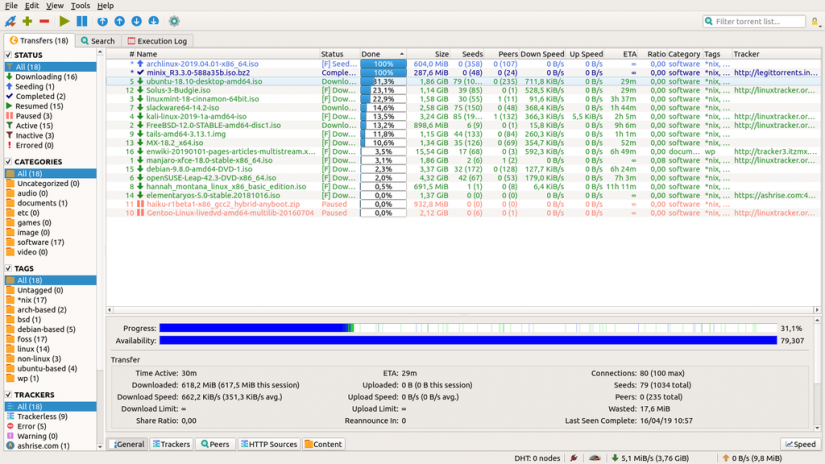 As its name suggests, the free, open-source qBitTorrent client is based on the Qt toolkit as well as libtorrent-rasterbar library. It's got an excellent interface and an integrated search. The qBitTorrent search feature lets you perform simultaneous torrent searches for specific categories such as music, software, and movies. There's RSS feed support baked in, and loads of torrent client functionality. With the qBitTorrent Raspberry Pi client, magnet links DHT, PEX, LPD, encrypted connectivity, and private torrents are all supported. qBitTorrent is IPV6 compliant, features UP filtering, and boasts UPNP as well as NAT-PMP port forwarding. µTorrent, or microTorrent, rose to popularity as one of the top BitTorrent clients available. It's engineered to provide similar operation as µTorrent, but minus any banner ads and bloatware. Instead, it's a totally open-source torrent client that even lets you view different changes between versions. While qBitTorrent was designed as a uTorrent client, and indeed provides much of the same feature set, it's not a mere clone. Instead, you'll find a bunch of functionality for power users such as a web-based remote torrent management system, comprehensive built-in search, IP filtering, bandwidth scheduling, port forwarding, and more. Its onboard torrent creation tool simplifies file sharing. Overall, it's a fantastic torrent client that runs on a variety of different devices.

If you're looking for a solid command-line torrent client, rTorrent is a nifty pick. Sporting a decluttered interface, it's a minimalist, extremely lightweight BitTorrent application that runs like a champ on the Raspberry Pi. Because of its low system resource consumption, the rTorrent Raspberry Pi client is a spectacular choice for a DIY seedbox. The text-based ncurses BitTorrent client is written in C++ and based on the libTorrent library. Since rTorrent is command-line based, it runs on virtually any Unix-like operating system including Linux, macOS, FreeBSD, OpenBSD, and more. rTorrent is great for remote client management situations such as running a headless Raspberry Pi torrent server, or one where no keyboard, mouse, and display are connected. You can of course use the web UI of torrent clients like Transmission, qBitTorrent, and Deluge to accomplish a similar feat.

The Raspberry Pi makes a fantastic seedbox for an affordable torrent server. It's cheap but functional, boasts an incredible price to performance ratio, and with excellent Linux support, there are loads of different Raspberry Pi-compatible torrent clients. You can run a variety of traditional desktop apps, command-line torrent clients, and web UI options. For most people, Transmission should be a great choice. It's easy to use, boasts a ton of features, offers web UI or desktop options. Deluge is a solid pick for torrenting with a Raspberry Pi consumes very few system resources while maintaining a slew of features. qBitTorrent is superb as a µTorrent alternative, while rTorrent should satisfy command-line enthusiasts. Ultimately, a torrent client is one of the most versatile Raspberry Pi software options you can install.

Your turn: What Raspberry Pi torrent clients do YOU recommend? 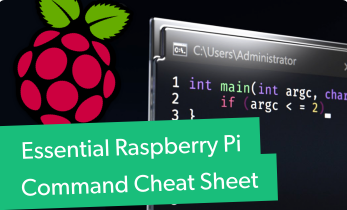 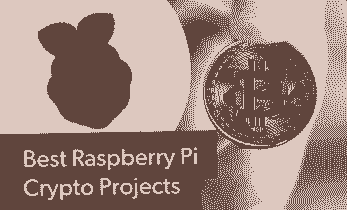