It isn’t every day that something comes along and totally blows us away, but this LED cube, complete with a gyro-based fluid “simulation” certainly does.

Developed by Redditor zzzaurak, this jaw-dropping project apparently has a Raspberry Pi 3 at its heart, along with an internal rechargeable battery. A handy 160mm x 160mm x 160mm in size, and with six 64 x 64 p2.5 RGB LED panels, there’s also an internal speaker and microphone. These are posited as being used for “future audio interactive simulation and games.”

According to zzzaurak, games might include a 3D multiplayer version of Snake, a 3D Pong clone, perhaps even a Rubik’s Cube simulator! Indeed, many open source games that run on the Raspberry Pi 3 might be suitable with a few small tweaks. With Bluetooth built into the Raspberry Pi 3, there is also the possibility of multiplayer action with at least four screens employed (all six may be impractical!). But the cube also offers many possibilities for interaction, in a way that standard computers and handhelds simply cannot. At the very least, it has six sides and six edges to hold, and six displays to view data.

Meanwhile, who would bet against the mic and speaker being used for accessing Amazon’s Alexa smart assistant?

Also included is an accelerometer, gyro, and magnetometer. This should give any software running on the cube full positional awareness, if required. The developer plans to release everything as open source, along with documentation, once the cube is finished. Exciting!

Reaction to this project has been hugely positive across social media. Users on Reddit and Twitter in particular have been sharing it widely, and it even made the front page of Imgur. Zzzauruk has been sensibly modest about the project, keeping his or her cards close. A Kickstarter (or other crowdfund) is apparently being considered, too.

Isn’t this the sort of game-changing project you’d love to back? 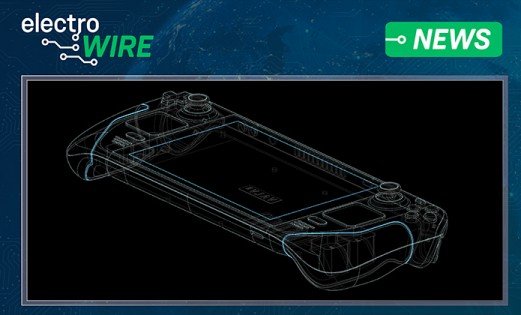 Valve Wants You To Mod the Steam Deck 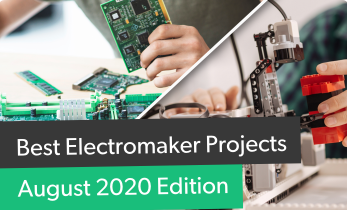