Inductors are some of the fundamental components in electronics, and play a critical role in power systems, filtering, and isolation. Simply put, an inductor is a component that can store energy in the form of a magnetic field. A typical example of an inductor is a coil of wire which can be found in air coils, motors, and electromagnets. Another way to look at inductors is that they are components that will generate a magnetic field when current is passed through them, or will generate an electrical current when in the presence of a changing magnetic field.

While capacitors store electrical charges, inductors store magnetic energy. In the DC world, an inductor looks like a piece of wire which can conduct electricity. In the AC world, an inductor looks more like a resistor combined with a capacitor, as inductors resist changes of current flow through them, and if the current through an inductor suddenly falls then the inductor attempts to re-introduce the old current by converting its magnetic energy into an electrical current.

Inductors are very strange components, and explaining why they work the way they do is complex. But hey, let’s try to explain it anyway!

Imagine a straight piece of wire; if we pass a current through this wire then a circular magnetic field is formed around it. 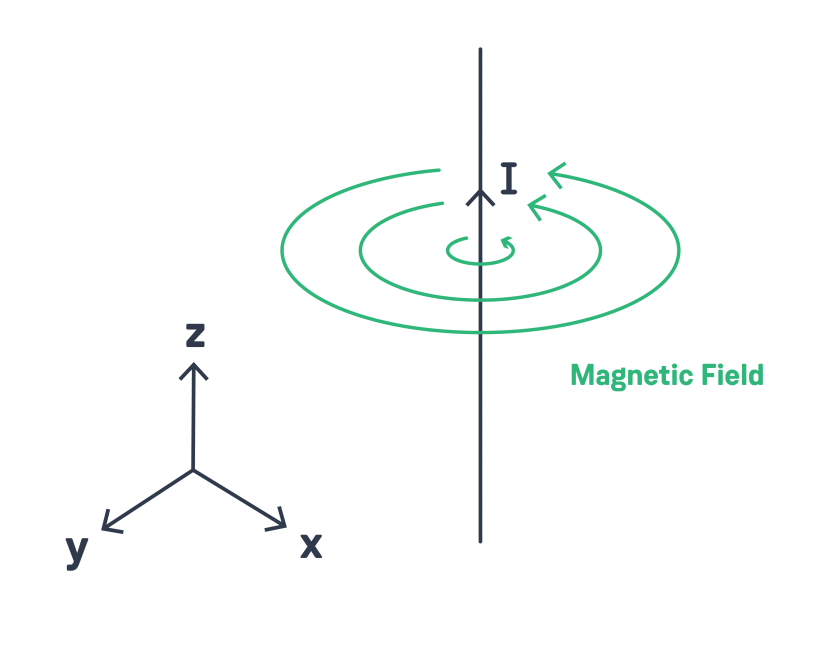 If we bend this wire into a single loop, we can see that each side of the loop has fields in opposing directions. This is what creates our north and south on an electromagnet. 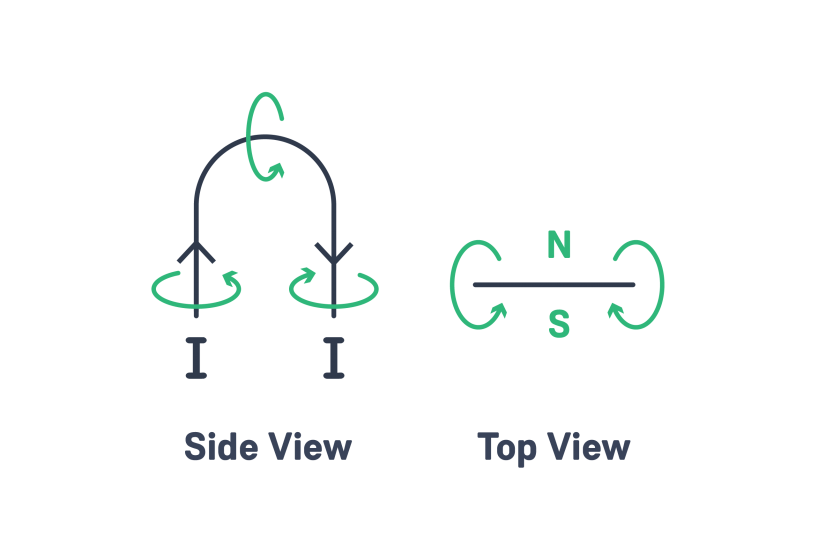 If we add more loops, we increase the number of magnetic rings being generated by the wire and therefore make a more powerful electromagnet. Thus, we have increased its inductance! 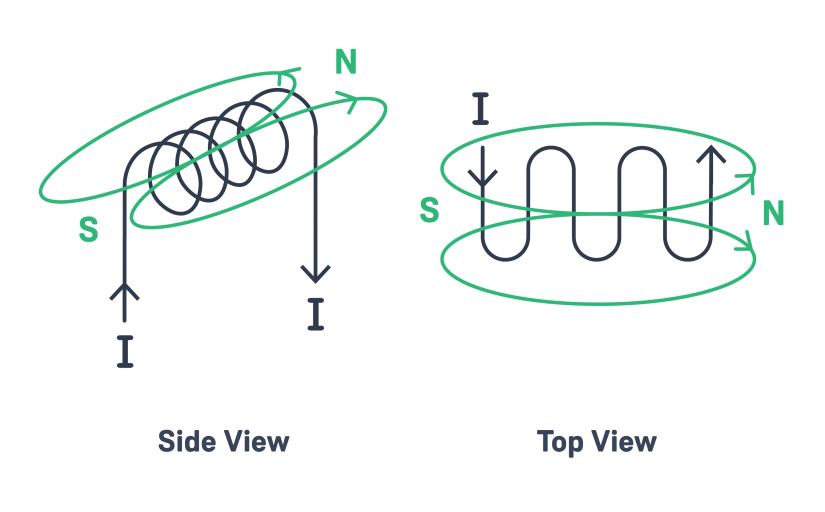 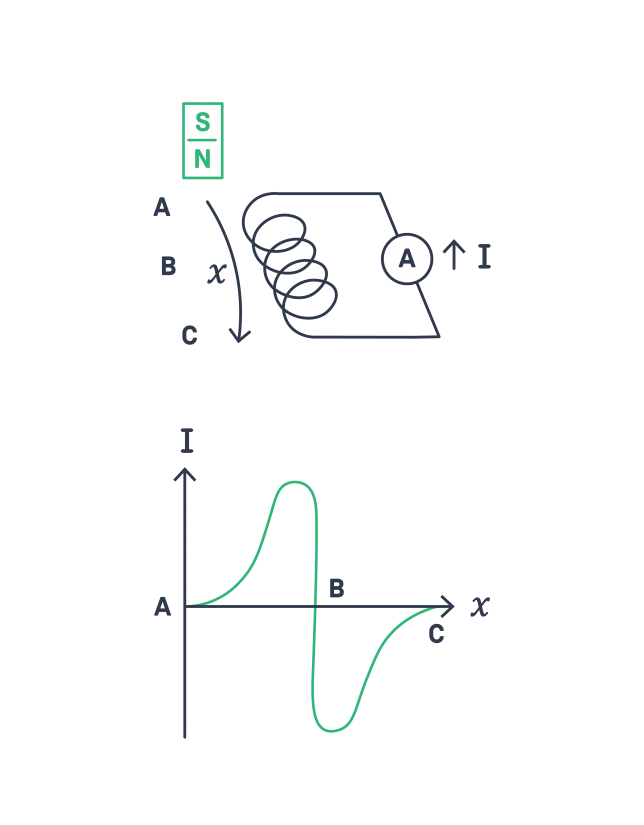 An inductor in Depth - How Do Inductors Work?

So we know that an inductor is a component that can store energy as a magnetic field, or generate electricity in the presence of a changing magnetic field (changing is the key word there), but what about the specifics behind inductors?

Inductance is measured in Henrys (H), and one Henry is quite big; many inductors will be measured in the mH to uH. The definition for a Henry is when a current of 1A produces a flux linkage of 1-weber turn; however to most this definition is rather meaningless. Essentially, this definition says when a unit of current creates a unit of magnetic field strength then its inductance must be one henry.

Inductors come in all shapes and sizes but usually fall into one of two categories; air coil or ferrite core. An air coil inductor does not have a ferromagnetic core material and instead has a core of air. A ferrite core inductor is one where the core material inside the inductor is ferromagnetic. The core itself is not electrically connected to the inductor in any way; the core helps to guide the magnetic field lines to produce a more powerful inductor. 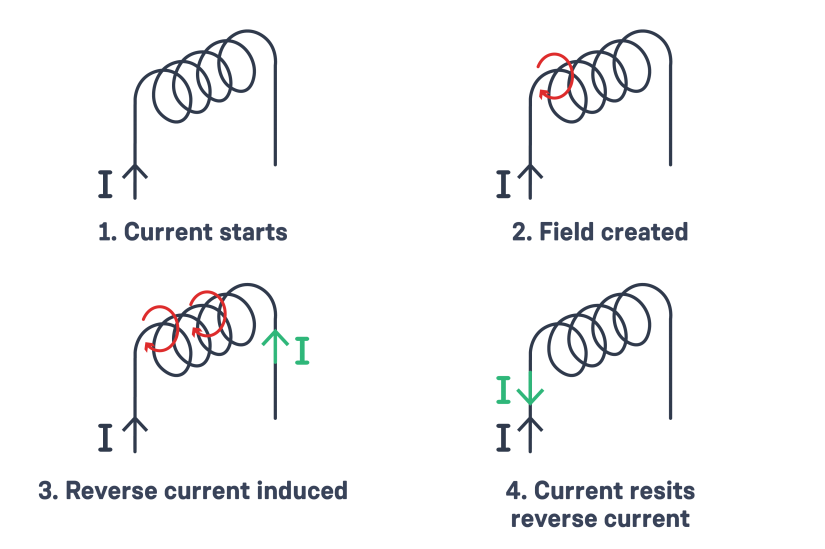 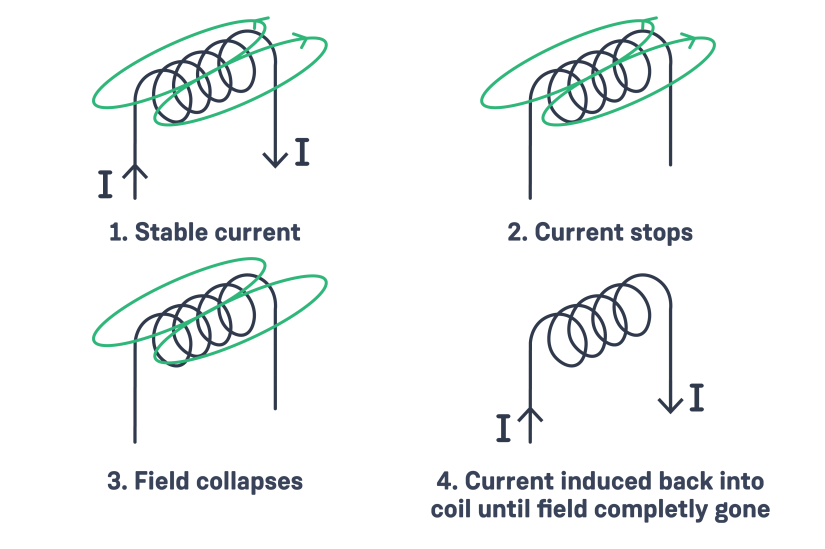 As we saw earlier, inductors have resistance to AC currents, and this is known as reactance. However, the reactance of an inductor takes into account both the inductor inductance and the frequency of the current. A DC current has no frequency, and thus an inductor has no reactance to a DC current. An AC  current, however, experiences reactance, and the reactance is calculated using the formula below:

This equation shows that the “resistance” of an inductor to an AC current is directly proportional to both the frequency and inductance.

Just like resistors, inductances add up in series to give the following formula

Like many other components, inductors come in a variety of shapes, sizes, and functions. Learning how to identify different types will not only help you understand how to choose an inductor for your project, but also reverse-engineer other designs, and figure out how to fix them! 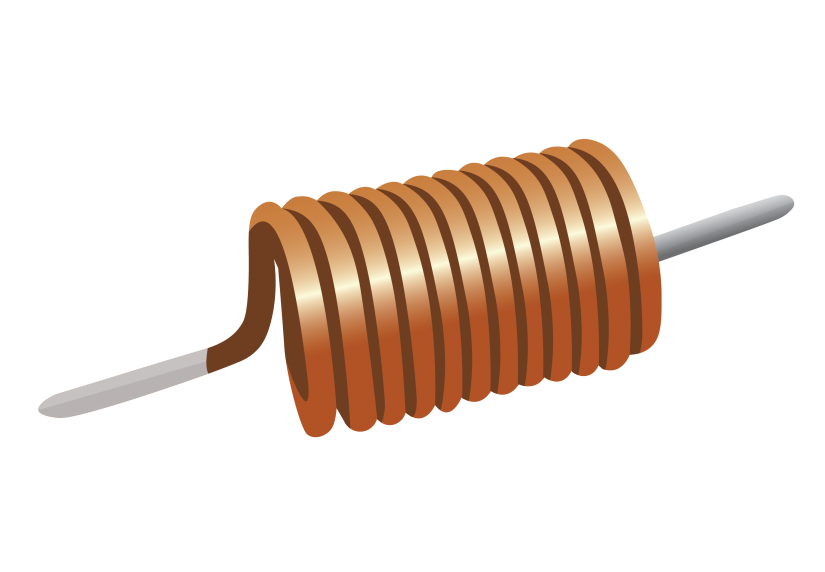 Air coil inductors are the most obvious kind and are simply a coil of wire. These are often found in radio circuitry with frequencies below the GHz range. One example of where air coils can be found are in 433MHz transceivers, and are often very small!

Axial inductors are inductors formed into a through-hole resistor-like package. These use color bands to indicate their inductance and can be very useful when an inductor of a generic value is required. Air coil inductors are often wound by hand to get a specific inductance, but the use of pre-made axial inductors allows for the quick construction of a circuit. These types of inductors stand out from resistors as they are turquoise in color. 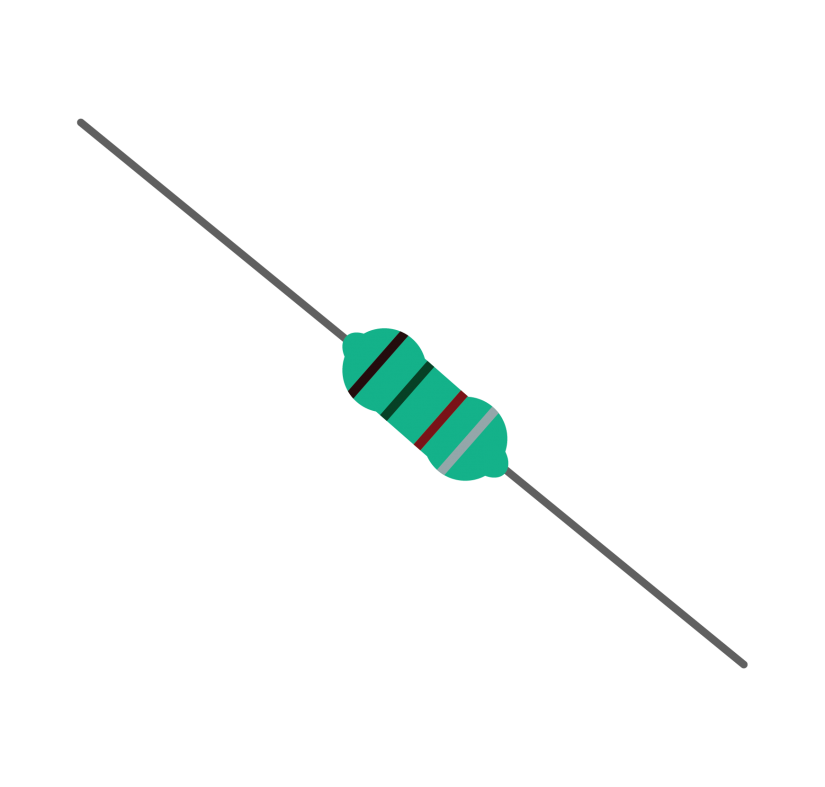 Ferrite cored inductors come in many varieties with some being through-hole, while others may be in a surface mount package. 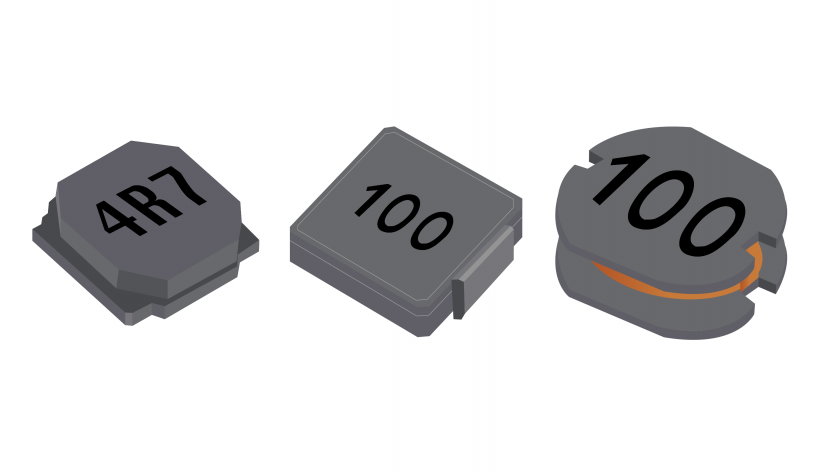 These types of inductors are often bulky in size either being wide or tall and in many cases, the iron core itself will be visible. Such inductors are used when a large inductance is required (e.g. a DC-DC regulator). 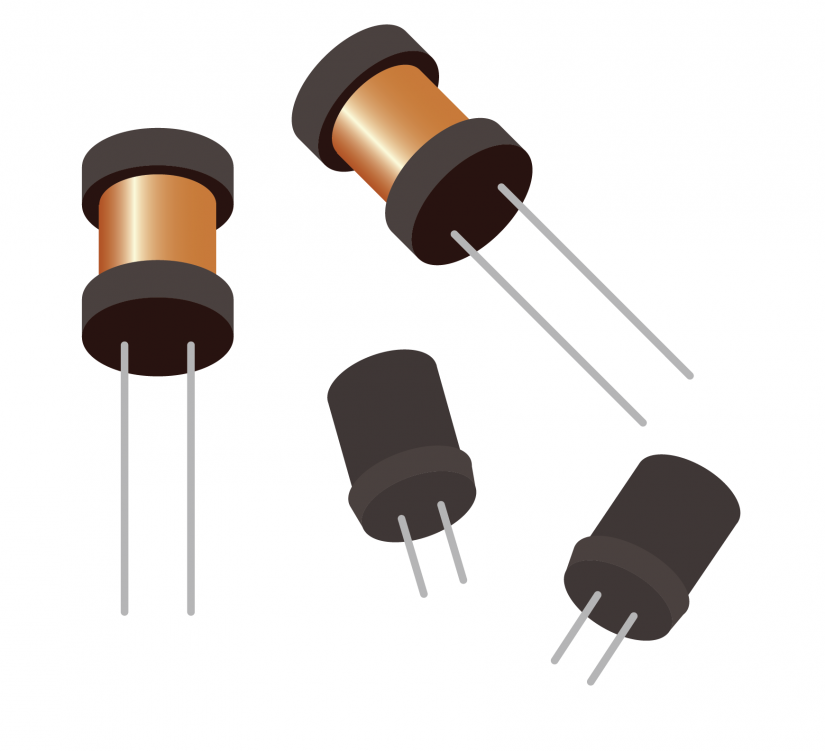 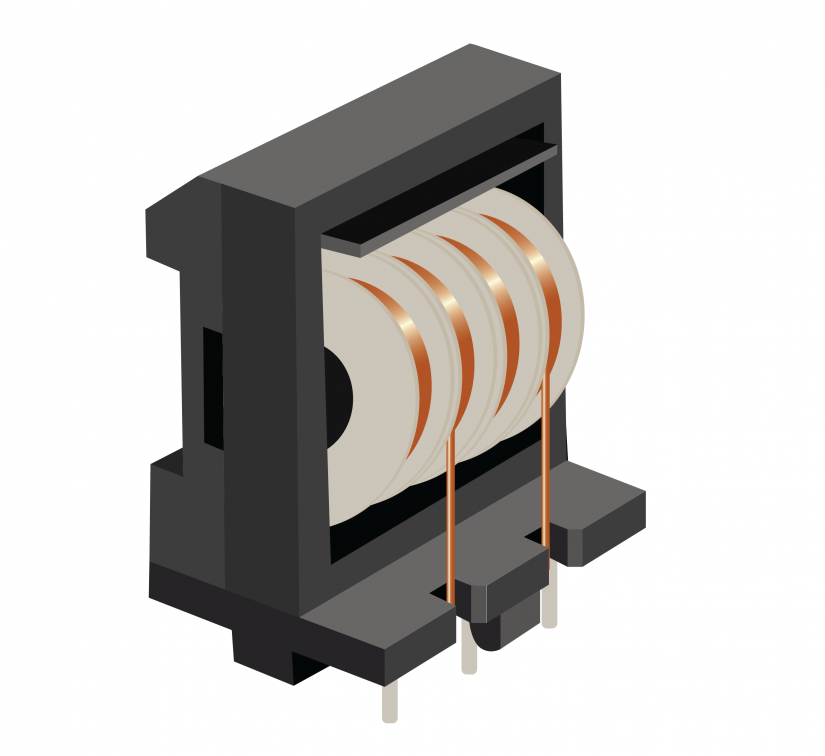 A choke is an inductor specifically designed to prevent AC signals from passing through while allowing DC. These inductors can be found in surface-mount packages, but are generally in large through-hole packages often consisting of a toroid ring wrapped in a coil. Chokes can also be used in common-mode configurations, which prevent common-mode noise from entering a circuit. 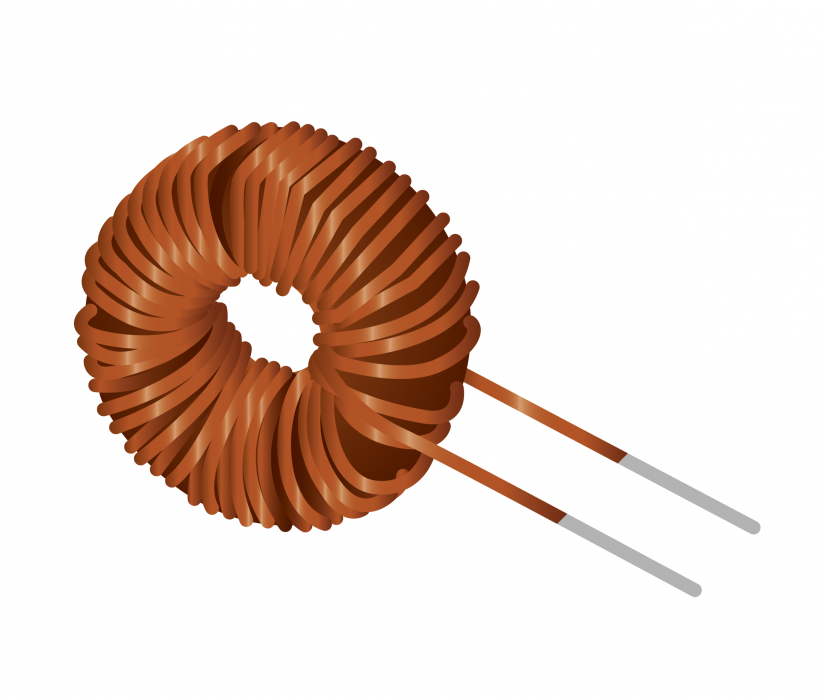 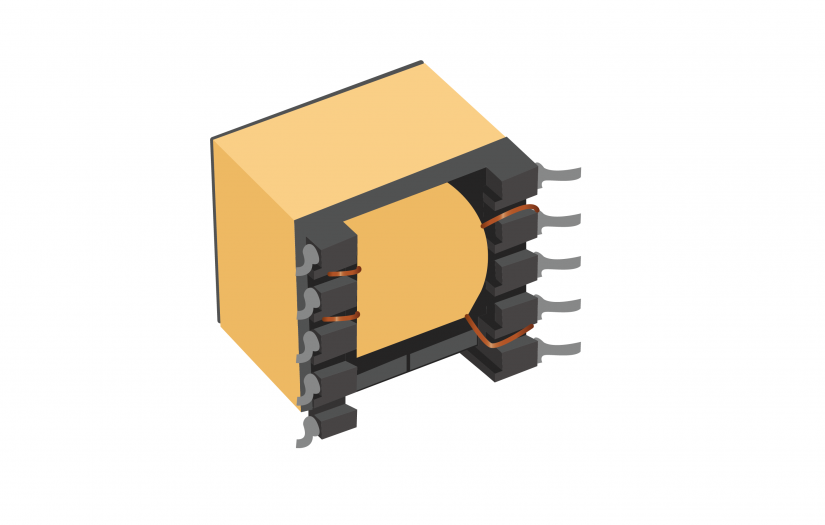 A transformer is essentially two inductors linked together by a single core. When one of the inductors has a changing current applied to it, the changing current creates a changing magnetic field in the core, and thus induces a current in the second inductor. Transformers allow us to convert one voltage into either a larger, smaller, or identical one and are particularly useful in isolating two circuits from each other.

Inductor Applications - How are Inductors Used?

As discussed previously, inductors like to resist change in current which is why they are commonly found in filter circuits. Many power circuits that use DC-DC converters will include an inductor on their output to remove switching noise (tiny voltage spikes on the output power rail). Other filter circuits include tuned circuits which can be used to select a specific frequency, and these are almost always found in radio circuits. The reactance of an inductor, being proportionally related to the frequency of the current flowing through, means that they are also found in filter circuits that block high-frequencies.

Another, more unusual application of inductors, is the generation of high voltages. When a magnetic field is formed in an inductor and then allowed to collapse, the resulting induced voltage is often incredibly large (easily being in the hundreds, if not thousands of volts). This phenomenon can be exploited to produce very large voltages from a small switching voltage, which turns a transistor driving an inductor on and off, with the resulting generated high voltage being dumped into a capacitor.

Inductors are incredibly important in modern electronics and find themselves in a whole range of different applications. While their construction is often trivial, their ability to block high-frequency signals and generate back EMF, makes them a useful component to include.