Previously, we learned what voltage is, how it can be made, and how it works in electronics. In this article, we will learn about the most fundamental component in electronics, the resistor! 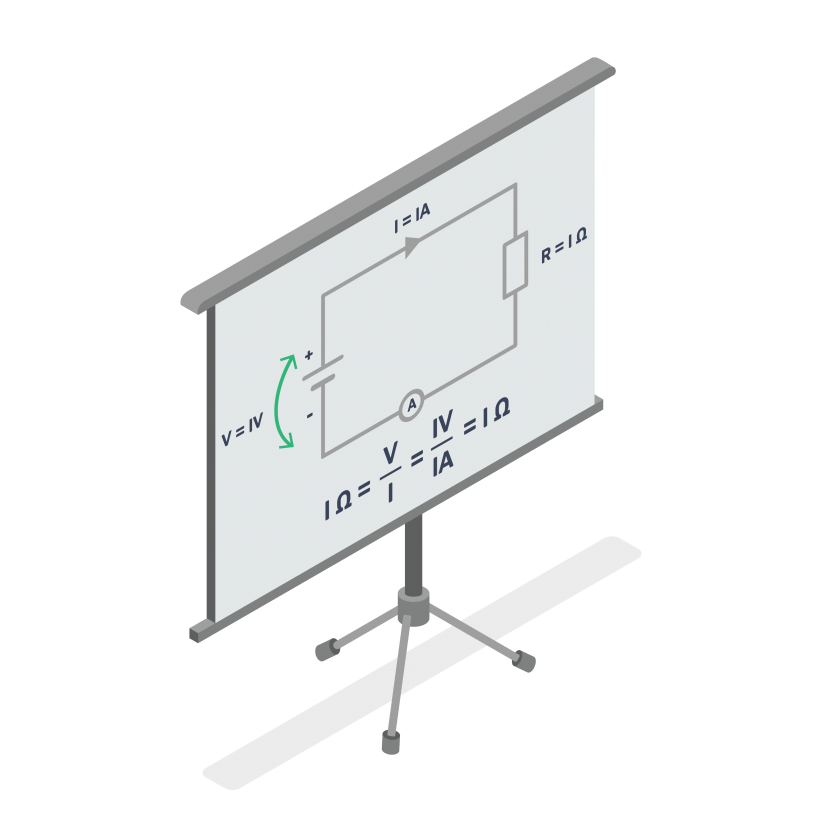 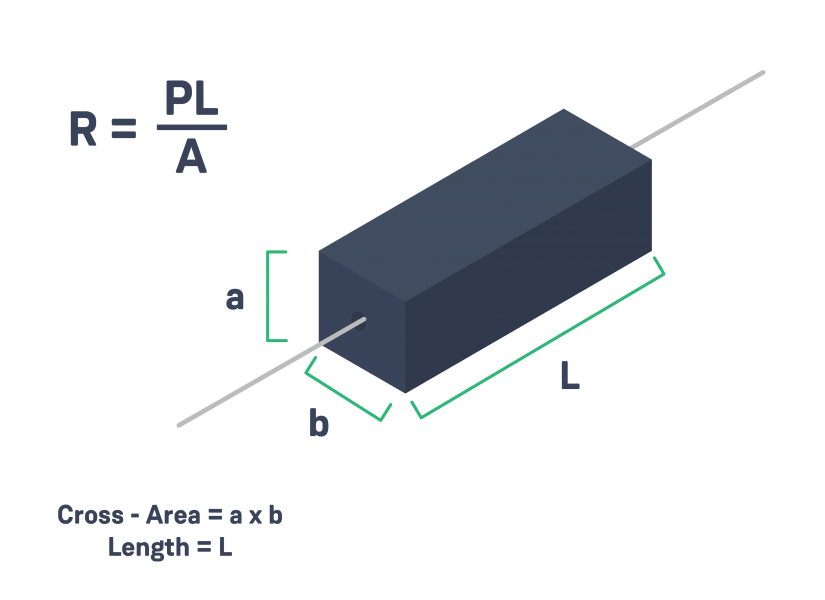 What is a Resistor 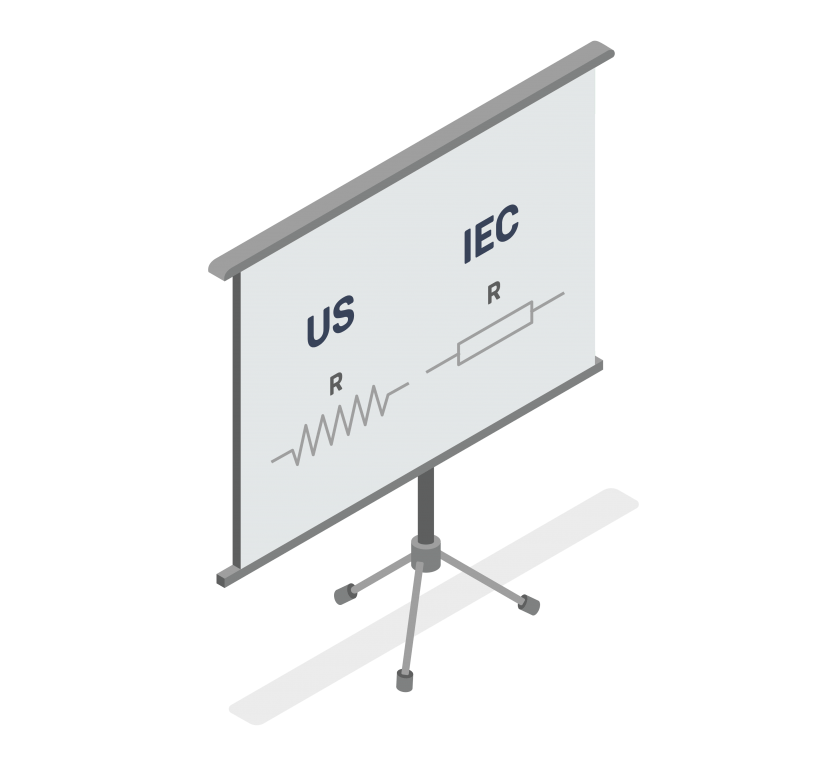 Now that we have learned about resistance and resistivity it’s time to learn about resistors! Resistors are components in electronics that add resistance to a circuit and are arguably the most fundamental component. While all components (including wires) in a circuit have resistance, resistors are put in place to intentionally add resistance but can also be used to make adjustments to amplifier outputs, set configuration bits, and control the output voltage of a regulator. In electronic schematics resistors can have either one of two symbols depending on if you are following the American standard or the international standard. American schematics use squiggly lines which come from a time when resistors used to be made from thin strands of wire wrapped around a body. International schematics use the rectangular box and is the more commonly used symbol. Which one you use is up to you but it is best to keep to the international standard as it is used by more countries.

Types of Resistors - Through-hole vs. SMD vs. Trimmer Resistors vs. Potentiometers vs. LDRs vs.

What are Through-hole Resistors? 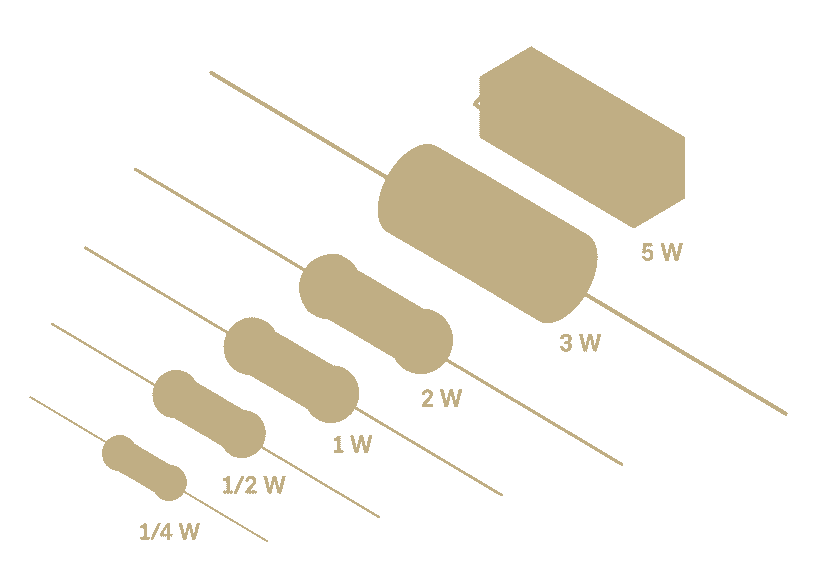 Through-hole resistors are those that have legs that fit through holes in a PCB and then soldered down. These resistors come in a wide variety of types depending on their application with carbon-film being the most common and metal-film being used in applications requiring accuracy. Carbon-film and metal-film resistors use color bands to indicate their resistance with four-band resistors being the most common. Through-hole resistors also come in different power ratings with the 1/4W being the most popular with makers but larger powers are available. Very large power resistors are often made with ceramic materials and include mounting holes but are not often seen in electronics.

What are SMD Resistors? 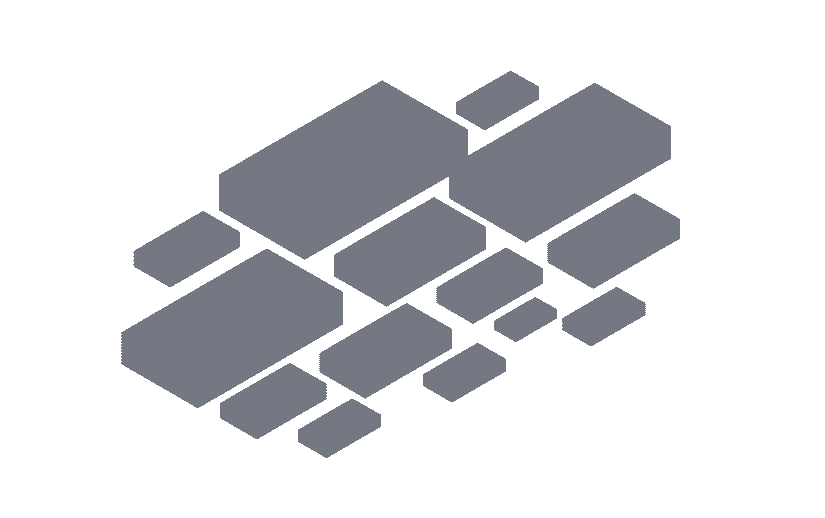 SMD resistors are those that are housed in Surface Mount Device (SMD) packages and are mostly found in modern commercial products. While makers can use SMD components they are often harder to use due to their very small size. These resistors, however, are significantly cheaper as well as easier to use in automated processes (such as pick and place machines), hence their popularity in the commercial field. Just like through-hole resistors, SMD resistors come in a wide variety of shapes and sizes depending on their power dissipation and application. Most of these resistors use printed numbers on their body to indicate their resistance but more recent SMD resistors are now so small that numbers can’t even be printed on them.

What are Trimmer Resistors?

Trimmer resistors are variable resistors that allow a designer to make precision adjustments to a circuit. These types of resistor can either be in a through-hole or SMD package and generally have their overall resistance value printed on them. Trimmers generally require multiple full turns on their input to make small changes to their resistance and this is helpful in applications that require careful control of the resistance of a circuit such as those found in amplifiers. 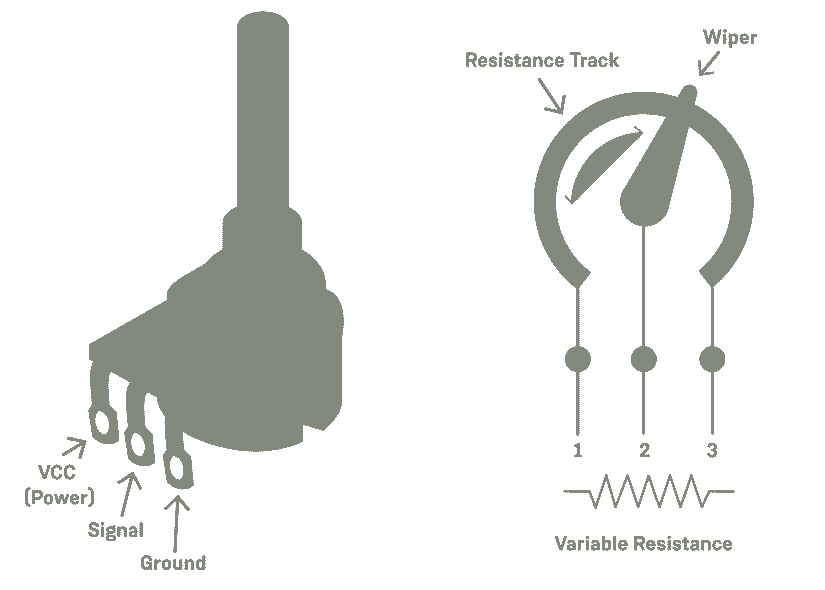 Potentiometers are variable resistors that have three pins that allow for either an adjustable resistance (using two legs) or for an adjustable voltage (using all three legs). Unlike trimmer resistors, potentiometers are often used for basic controls where precision is not required but control is. Potentiometers generally don’t allow for more than a full turn with a common example being volume dials. They have two limits, min and max, and adjustment between these two points adjusts the volume. While SMD potentiometers do exist, they are often found in through-hole packages as they require mechanical stability when used.

What are LDRs or Light Dependent Resistors? 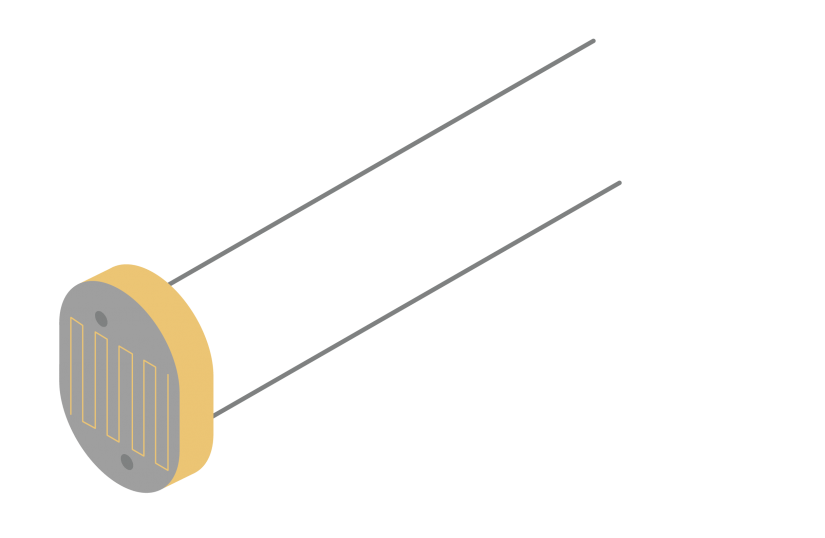 Light Dependent Resistors, or LDRs, are resistors whose resistance is dependent on the light that falls on them. These resistors are available in both SMD and through-hole parts with the through-hole variety being more common. However, these devices are made using Cadmium-Sulphide which is a toxic substance and banned under RoHS which is why these devices are quickly disappearing. If a light sensitive circuit is required then it is better to use a photodiode. 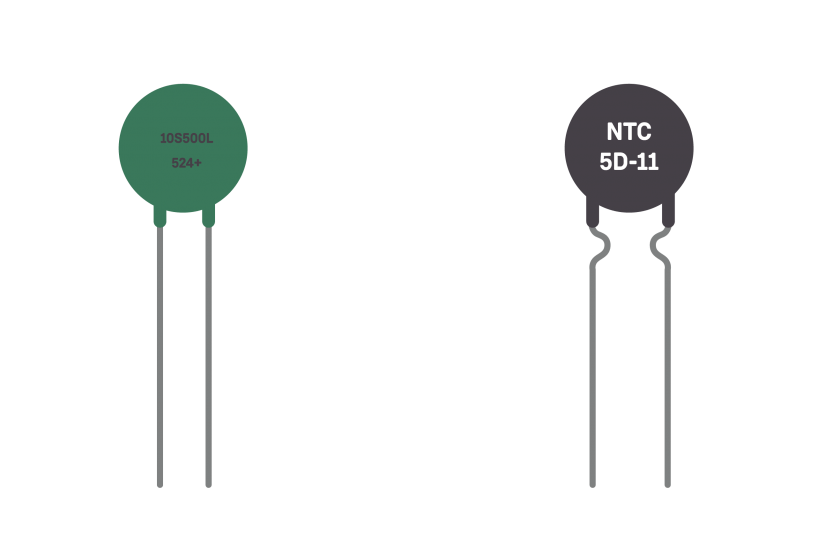 When using resistors in circuits it is important to know the two equations that tell you the total resistance of a circuit depending on their configuration. In short, resistors in series add up while resistors in parallel subtract (but in a very complex way).

For resistors in series 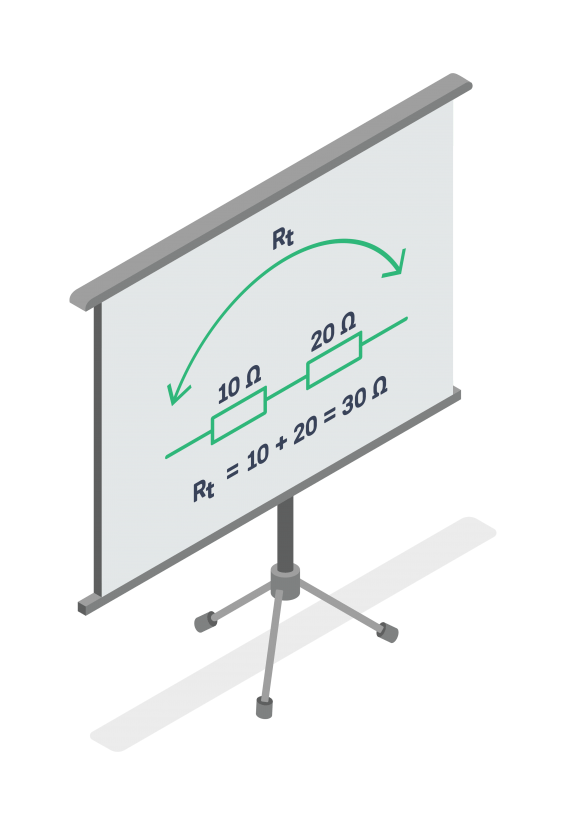 For resistors in parallel 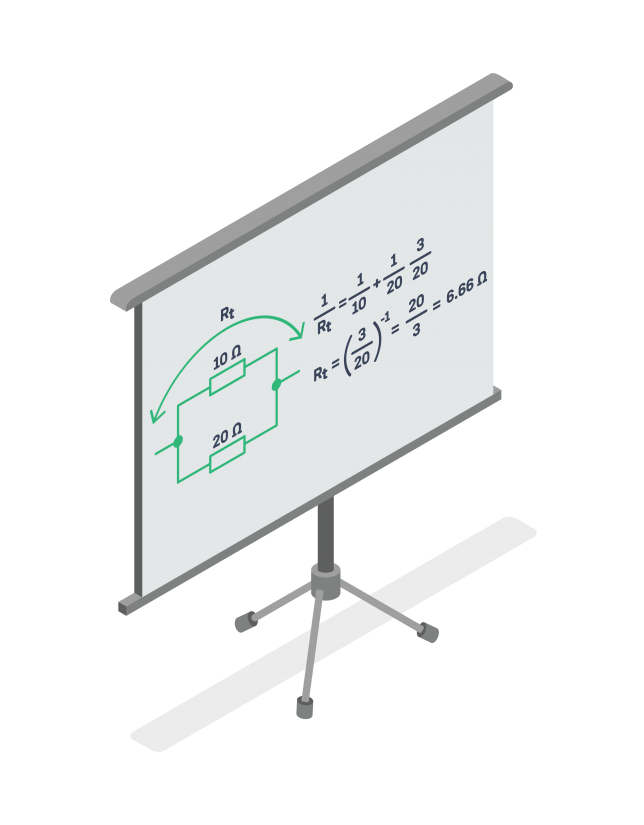 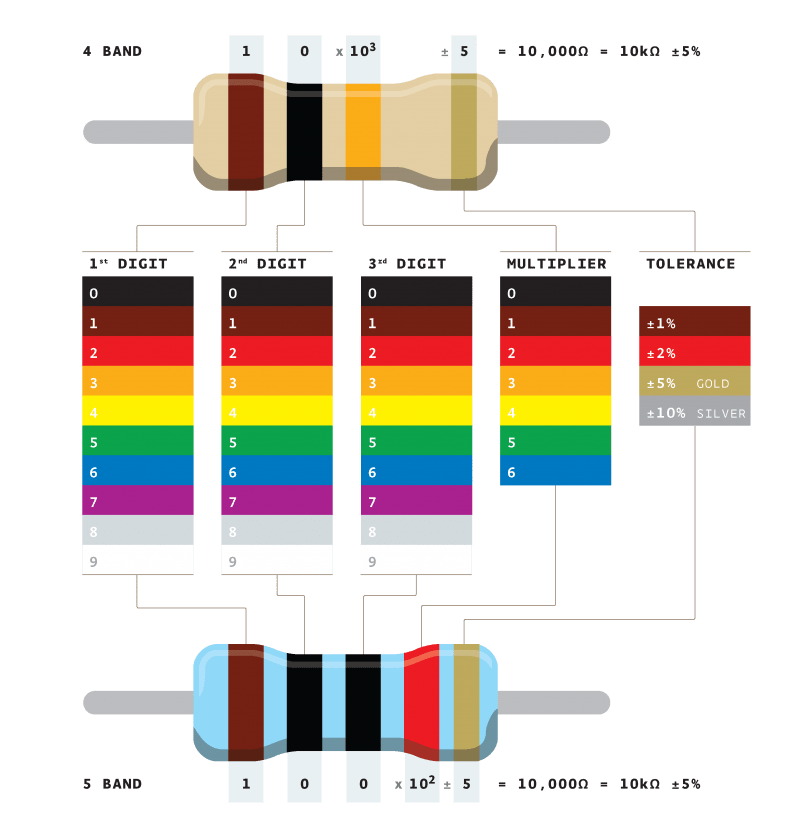 So how are resistors used in the real-world? They're pretty common components. Often times, you'll find resistors utilized for gain control, heat generation, dividing voltage and controlling voltage fluctuations in conjunction with a capacitor, power absorption in RF transmitters, and other applications.

What is a Resistor and What is Resistance - Final Thoughts

Resistors are critical in modern electronics being able to limit current, control voltages, and provide configuration to circuits. Understanding how to use them, what they look like, and what types are available will not only help you with future projects but better make use of components. Maybe your next project needs a temperature sensor or is required to be very small; now you can go out and start exploring the world of resistance for yourself!