Since its inception, the Raspberry Pi proceeded to transform into the Raspberry Pi Zero, an inexpensive model suited for Internet of Things (IoT) applications, the Model A+ for a smaller form factor, slightly cheaper, and less powerful SBC, and of course the flagship (as of the time of writing) Raspberry Pi 3 B+. With its rise in popularity, the Raspberry Pi even snuck into unconventional stores. The likes of Target began carrying Pi boards, in its brick and mortar stores no less. Now, the Raspberry Pi Foundation has expanded its offerings with a store of its own.

While the Raspberry Pi Foundation offers its famous maker boards, there's much more to its Cambridge, UK-based store. For makers and DIYers, it's akin to Disney World. Here, you'll find in addition to the full lineup of Pi boards workstations to get hands-on with the Raspberry Pi and coding, Pi mugs (which I need to complete my home office), plush Raspberry Pi teddy bears (I might have to snag one of these as well), MagPi guides on Hacking and Making with Minecraft, a camera module guide, and GPIO projects, plus more.

Additionally, you'll find an official Raspberry Pi white and red keyboard and mouse kit sold as a programming starter kit. The BBC reports that it's an "experimental space," and I certainly hope this is a trend that continues. Though it seems unusual for a tech company to debut a physical store in an age of sales moving to the online arena, this totally tracks as a logical move. Clearly, this isn't a mere store. Instead, it's a hub of learning, fostering hands-on experimentation. With a passionate, dedicated community, the Raspberry Pi store is sure to be a huge success.

What do you think of a Raspberry Pi store? 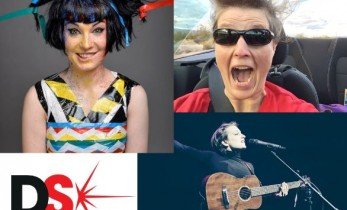