Ever wondered what happened to the Doctor’s robot companion, K9? The Time Lord’s best friend has made a handful of appearances in Doctor Who’s 21st century revival, but since 2010 he’s been notable by his absence on screen…(we’ll ignore the fact he was redesigned and given his own TV show.)

This hasn’t stopped his legion of fans attempting to build replica K9s, hoping to create a mobile, spatially-aware computer that can talk to them. Since the Raspberry Pi launched, we’ve seen many such projects, and this latest (utilising an original BBC prop) is one of the best. 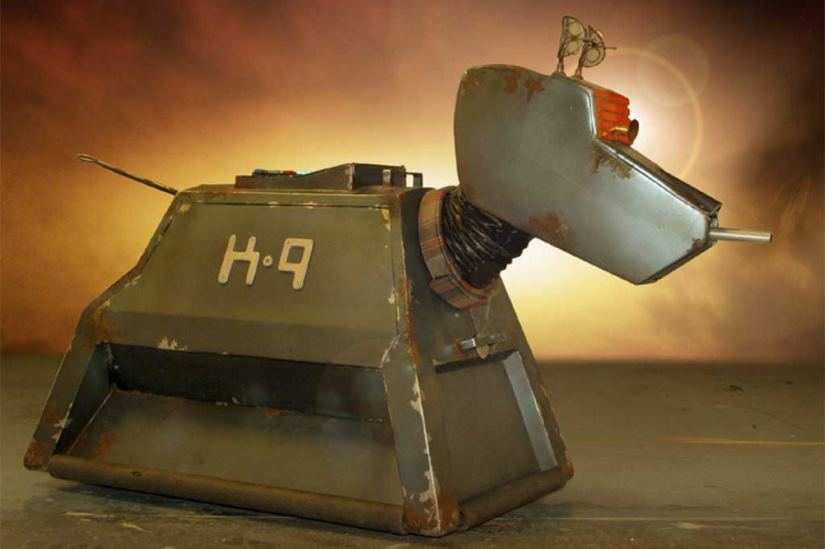 Abertay University (Dundee, Scotland) computer science student Gary Taylor has employed a Raspberry Pi 3, delegating control of the motor, and sensors to an Arduino Mega2560. Meanwhile, the Pi’s onboard Bluetooth radio connects to an Android app which remotely controls the robot dog.

However, this is no mere hobby; Gary Taylor built this project for his dissertation, “Creating an Autonomous Robot Utilizing Raspberry Pi, Arduino, and Ultrasound Sensors for Mapping a Room.” The aim of this, rather than creating a robot with a K9-like AI, was to enable the robot dog to navigate its way around some obstacles, or as Taylor told local paper The Courier, build an “autonomous obstacle-avoiding mapping robot.”

“I love robotics, and I love programming, and I love dogs, and I love Doctor Who. It’s a good mix of everything – it kept me really invested in the whole thing throughout the whole project.

Unveiled at the university’s Digital Graduate Show, the rebuilt K9 project was planned to use the Raspberry Pi to manage mapping functions, while the Arduino is directly connected to three HC-SR04 ultrasound sensors, one forward facing, the other two angled left and right. However, time ran out for this ability to be completed, leaving the robot to be controlled by remote only.

Despite this, Taylor’s hard work has proved a few things. Not least that DIYers are some way from being able to produce a K9 project that can replicate the character in Doctor Who (itself a remote-controlled machine with motors so noisy it at first rarely moved). While Taylor’s engineering work has successfully managed to incorporate remote control, there is scope to go beyond this.

Taylor plans to resolve K9’s inability to navigate without bumping into objects, and even add the facility for K9 to utter some of his best lines (none more famous than “Affirmative, master”). There’s no word on a mouth-mounted ticker tape printer, however.