Since the early days of widely available and accessible mini computers, the big names have always been Raspberry Pi and Arduino. There is, however, a third. Since 2008, BeagleBoard has been producing miniature computers that stand with one foot in the microcontroller world, and one in the single-board computer (SBC) world.

The best-known BeagleBoard is the BeagleBone Black, a powerful and tiny computer capable of interacting with a huge array of peripherals and with a browser-based development environment (IDE).

Today we are looking at the BeagleBone Green, a collaborative effort from the BeagleBoard foundation and Seeedstudio.

What is the BeagleBone Green?

The dual 46 pin headers can be used as general-purpose input/output pins, or with BeagleBone Capes, adding a vast array of extras including screens, motor drivers, industrial communication, and even a full handheld gaming system.

The BeagleBone Green comes in two editions, one with two grove connectors, and a wireless edition which adds Wi-Fi and Bluetooth connectivity and 4 USB host ports, but loses the ethernet port.

Designed to be used headlessly, the BeagleBone Green can run a variety of operating systems including Debian, Android, and Ubuntu. The experience lands somewhere between working with an Arduino - coding using an attached computer with no direct input into the board, and a Raspberry Pi with a fully-fledged operating system.

The BeagleBone Green's specs can be split into three categories. First are the specifications of the AM335x 1GHz ARM Cortex-A8 processor:

Then comes the connectivity options for the standard Green edition:

And finally, the supported operating systems, although there are more custom OSes appearing as time goes on:

The BeagleBone Green wireless edition comes without the ethernet port of the standard Green board, but adds a few key features:

The first major difference is the lack of an onboard HDMI port, which has been replaced with two Grove connectors. This serves a dual purpose, the first being the ability to use the vast array of Grove add-ons provided by Seeedstudio. The second reason is a little more subtle.

Beagleboard has always provided a browser-based IDE accessible via USB, but the omission of the HDMI port puts the BeagleBone Green much closer to the microcontroller world.

The wireless edition of the BeagleBone Green adds more than just Wi-Fi and Bluetooth connectivity. Instead of 1 USB host, you now get 4, making it even easier to attach peripherals and work on headless connected internet of things (IoT) and automation projects. That said, it also loses its ethernet port, which might be a problem in areas with poor wireless reception.

Given that all three boards are roughly the same price, it really comes down to what specification you are looking for in a project, and all three can be extended to work much like the others with a little work.

BeagleBoneGreen Software - What OSes can the BeagleBone Green Run?

BeagleBoard and Texas Instruments provide many operating system options for BeagleBone boards. The standard BeagleBone system is a stripped-down version of Debian Buster 10.3, with no graphical interface. Much like other similar SBCs, installation is via a flashed microSD card, though after initial boot you can move the OS onto the onboard eMMC.

For most users, this is the route to take, as the Debian based system is the most documented and supported out of all the options. That said, there are multiple other Linux distributions available via the getting started page including Angstrom, Ubuntu, Arch, Gentoo, and Fedora. If Linux isn't your thing, there's a FreeBSD port for BeagleBone boards too.

Texas instruments host Android Gingerbread, Ice Cream Sandwich, and Jelly Bean images for BeagleBone boards including the Green and Green wireless. There are definitely better SBCs for developing Android projects, especially in the case of the BeagleBone Green and Wireless boards, where you'd need to find a compatible touchscreen or Cape to make it interactive.

The BeagleBone Green is also a perfect candidate for learning how to use real-time operating systems (RTOS). QNX is a long-lived RTOS for embedded systems and has been ported to the BeagleBone. If you'd prefer to start completely from scratch and build your own OS, the StarterWare image gives bare-bones interfacing with the BeagleBone hardware.

In short, there are a lot of options for working with the BeagleBone, but you are most likely going to have the best time using the stock Debian image and browser IDE.

Given the similarities between the BeagleBone Green and Black, most tutorials are interchangeable so long as they do not use the HDMI port of the BeagleBone Black.

Getting the BeagleBone Green up and running can be as simple as burning a microSD card and installing some drivers, but Shreeya Patel's tutorial on Medium goes the extra step of installing the OS image onto the eMMC.

To use the browser IDE, you can follow the same steps outlined in the video above, as the steps for the BeagleBone Black and Green are identical. 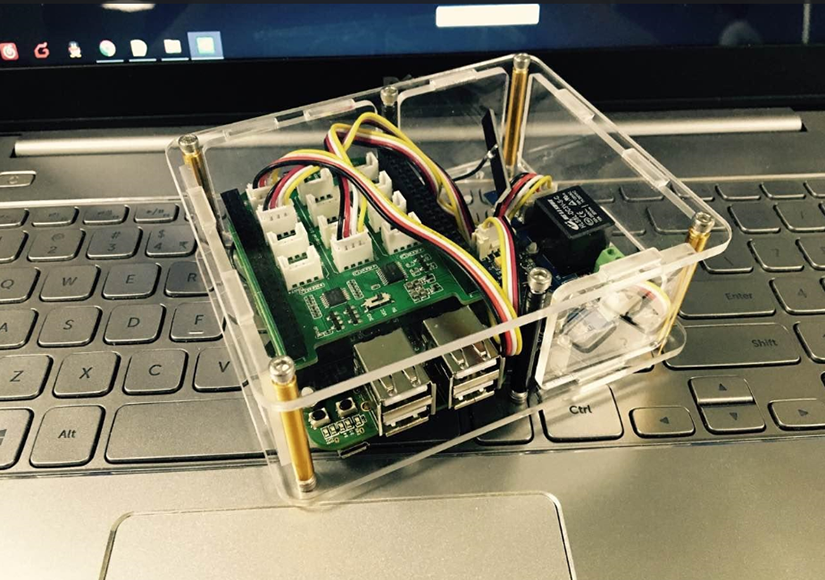 The addition of Wi-Fi connectivity makes the wireless version of the BeagleBone Green perfect for DIY home automation projects. Seeedstudio published a tutorial on Instructables showing how to use a Grove Base Cape to expand on the two Grove connectors already available on the BeagleBone Green.

The tutorial goes on to show how to use the board as a web server to read data from various connection Grove devices and display the data graphically in the browser.

Create Sensor Based Music With Bela

Bela is an operating system designed for the BeagleBone Black, though is fully compatible with the BeagleBone Green and Wireless. It's a RTOS for creating sound and music, and among the easiest to get started with in terms of digital music and sensor-based control.

I could spend an entire article extolling the virtues of Bela, but in the interests of keeping things brief, in my opinion, Bela alone is worth the asking price of a BeagleBone board. While it is compatible with the PocketBeagle, you'll get the most bang for your buck with a full-sized BeagleBoard, and the Green is a perfect choice.

The above video shows a faceoff between a BeagleBone and Raspberry Pi Robot, and walks through how they work. Once again, this uses the BeagleBone Black, but the Green edition would likely be even better suited, with the easy addition of Grove-based motor controllers, and wireless connectivity.

You can get really deep into control and timing using the BeagleBone Green too, as Greg KF5N shows us in his video exploring using the programmable real-time units (PRUs) for PID motor control.

These few projects only scratch the surface of what can be done with these powerful mini computers, and the addition of Grove connectors only makes a fantastic board even more extensible.

The Competition - BeagleBone Green vs. Raspberry Pi 4 and Other SBCs

It's difficult to make a fair comparison between the Raspberry Pi 4 and the BeagleBone Green. On the one hand, there's no competition in terms of power. The Raspberry Pi wins hands down. In terms of beginner user experience, the Pi wins too – which should be no surprise to anyone, as no other board has such a large community and support.

This comparison remains true for the majority of potential rival SBCs to the BeagleBone Green. Not many are offering what the Green and Wireless do.

In many ways, the user experience of using any BeagleBoard is more similar to the Arduino way of thinking, where the board is coded via a separate machine before uploading.

Should You Buy the BeagleBone Green?

BeagleBoard has presented something of the best of both worlds since the start, and while beginners might be best suited with an Arduino Uno or Raspberry Pi, anyone who wants a true Swiss Army Knife embedded computer capable of pretty much any project will find the BeagleBone Green and BeagleBone Green Wireless the perfect fit. 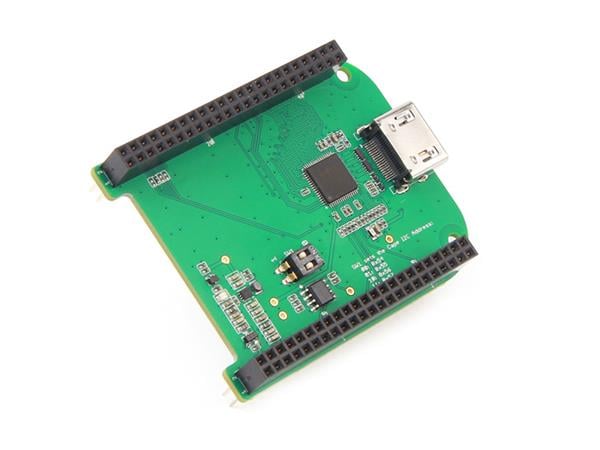 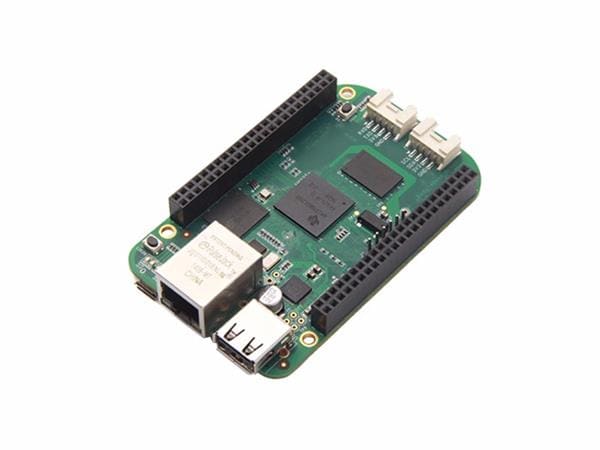 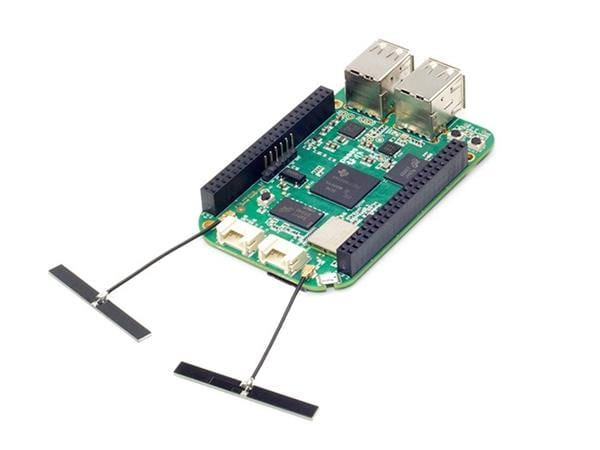 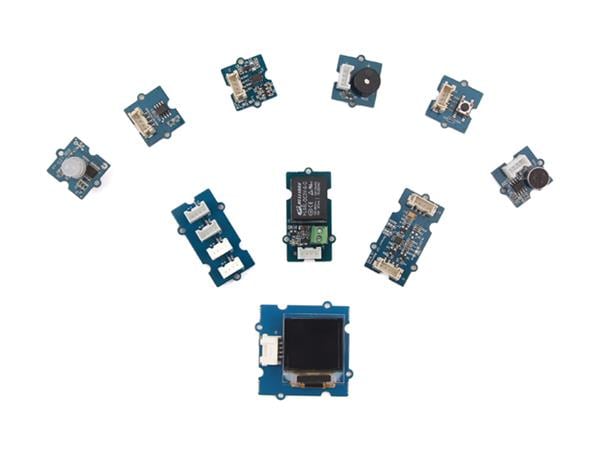 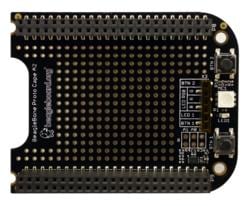 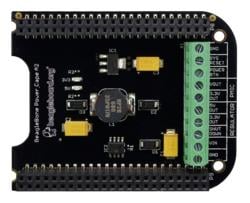 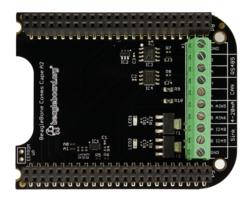 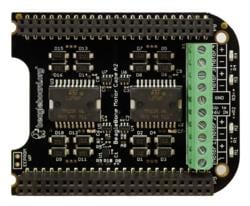