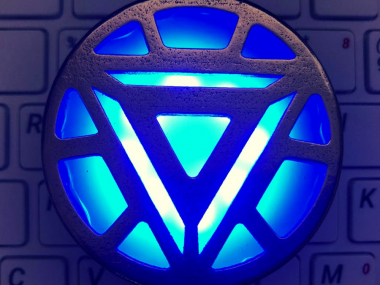 With the recent Sony/Disney disputes, what better time to make a wearable Arc Reactor from Iron Man 2?!

With the recent mix-ups between Sony and Disney about Spider-Man and hopefully the resolution, I thought it was a good time to make an Arc Reactor Project; I had the Mark IV chassis 3D-printed thanks to Shapeways and I used this design off of Thingiverse, which was made by Thingiverse User: andi1024.

Then got to work!

Let’s have a look at the parts… 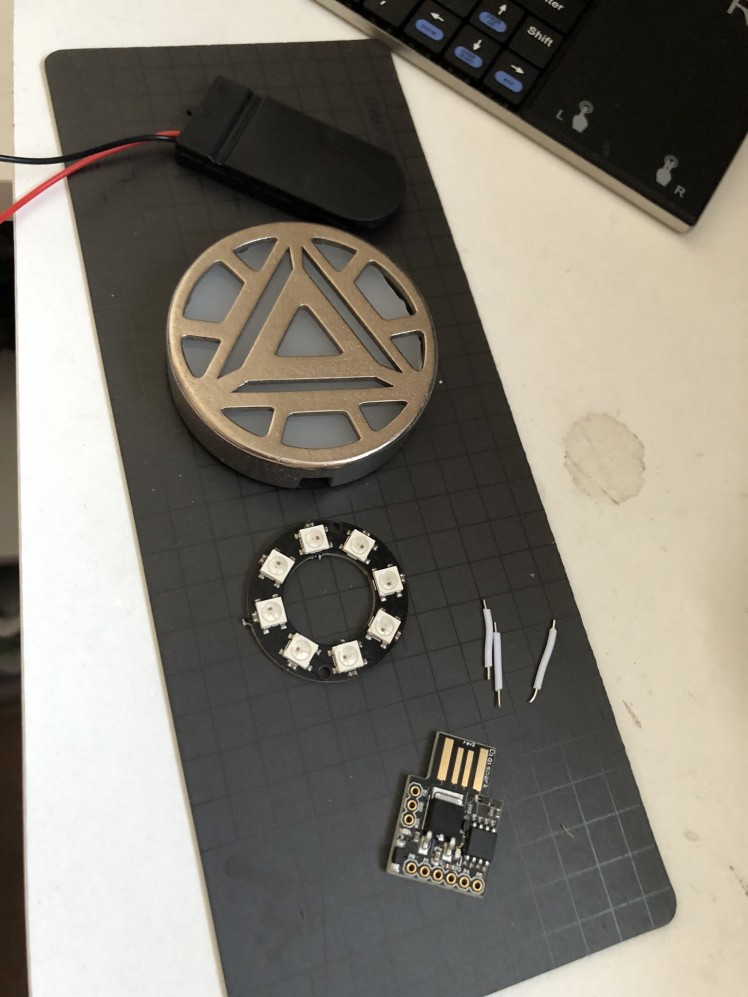 I chose the Digispark for its small form factor and the fact it has a USB programmer on board.

These boards tend to have less I/O than something like a Pro Mini but as the Neopixel ring only requires 1 data pin it’s no issue and worth the trade off for convenience and size.

First off I put the translucent disc from Simplyplastics into the front of the 3D-printed reactor, this will help spread the glow out: 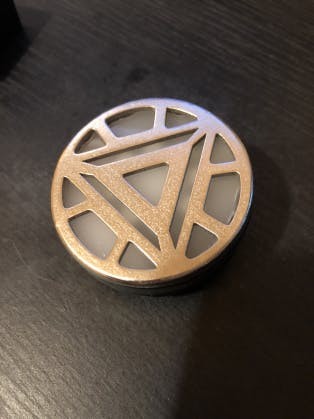 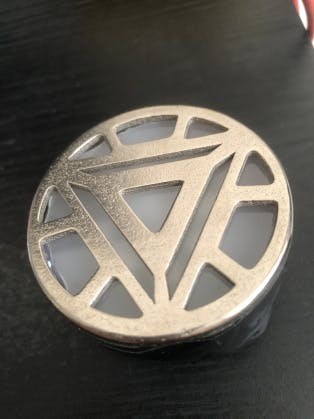 Then I wired up the Neopixel ring: 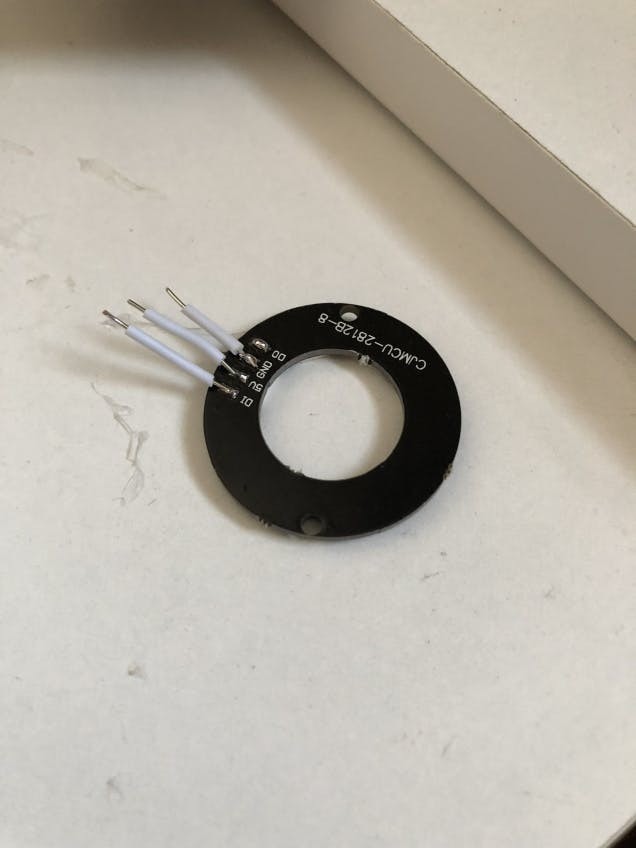 And attached it to the Arduino – with 5v to 5v, GND to GND and data pin 1 to data in, then attached the Arduino and ring to the backplate: 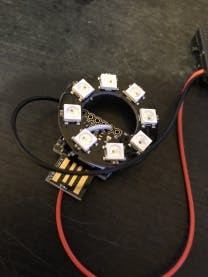 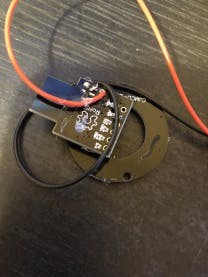 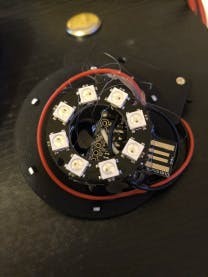 Then attached the battery holder: 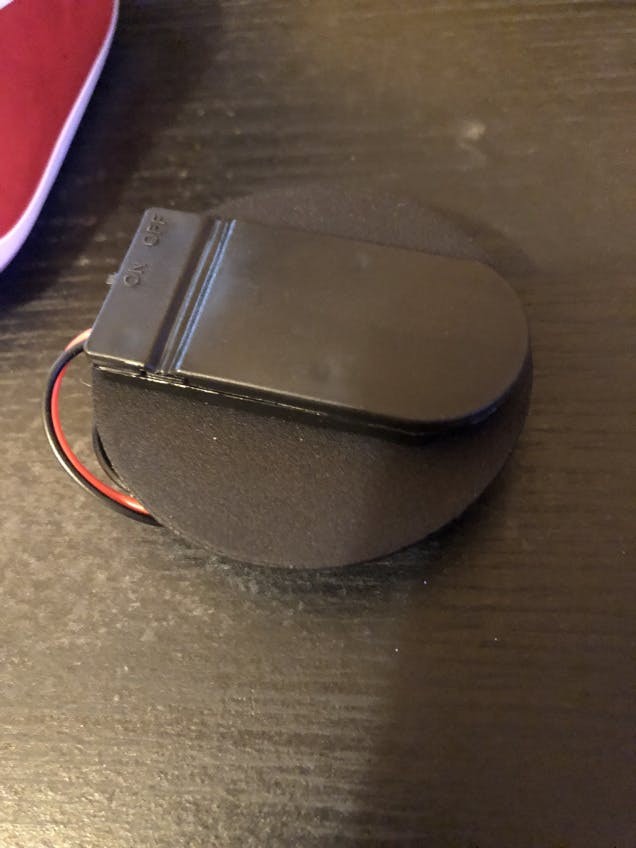 At this point I did a quick test and uploaded the code to the Arduino (code will be below): 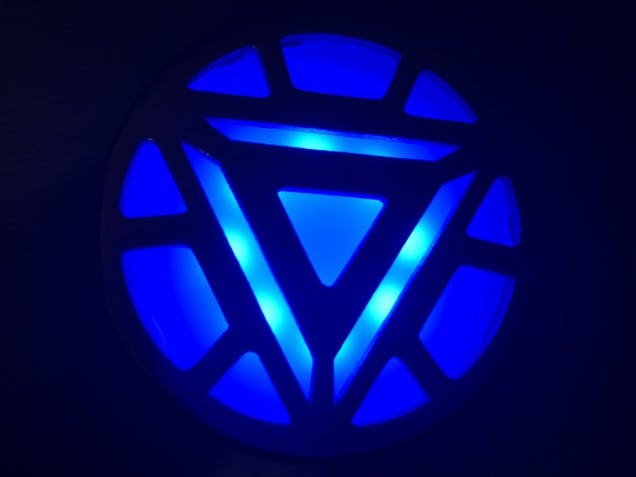 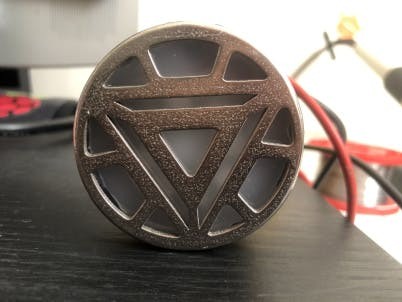 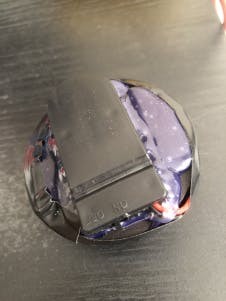 I also put some electrical tape around the sides to secure it more: 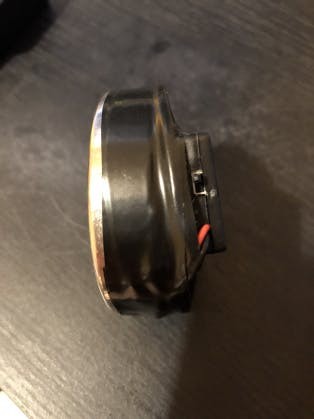 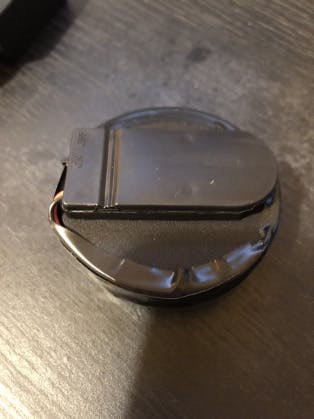 This used the empty wire spool with a magnet through the middle, some Sugru and a load of hot glue: 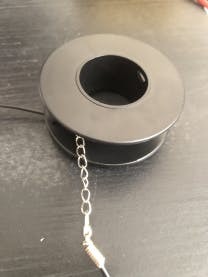 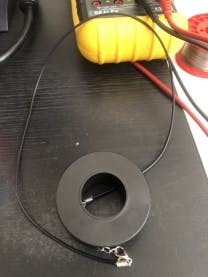 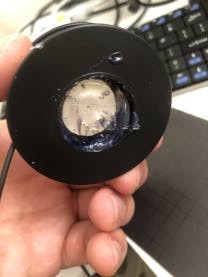 Then glued the other magnet to the back of the Reactor itself: 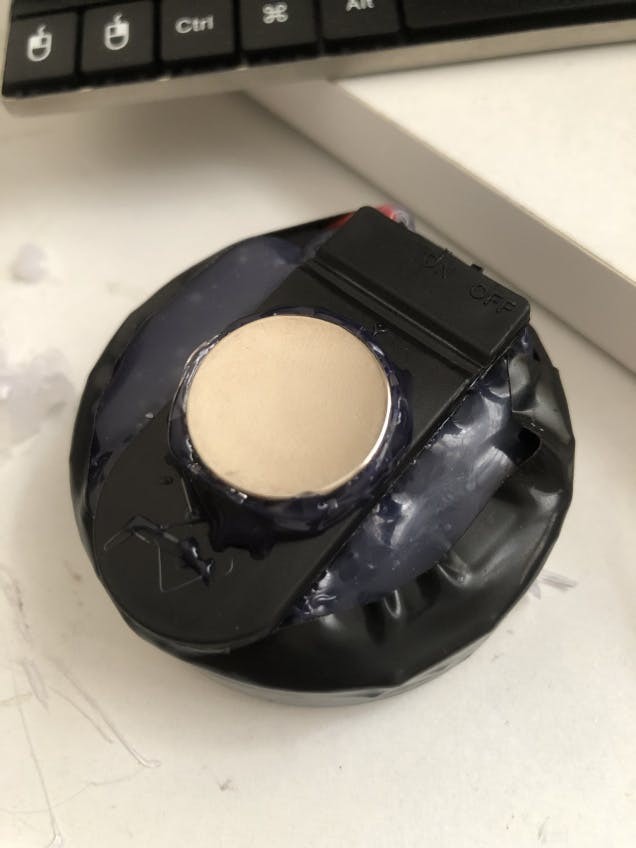 And that’s the hardware side of things: 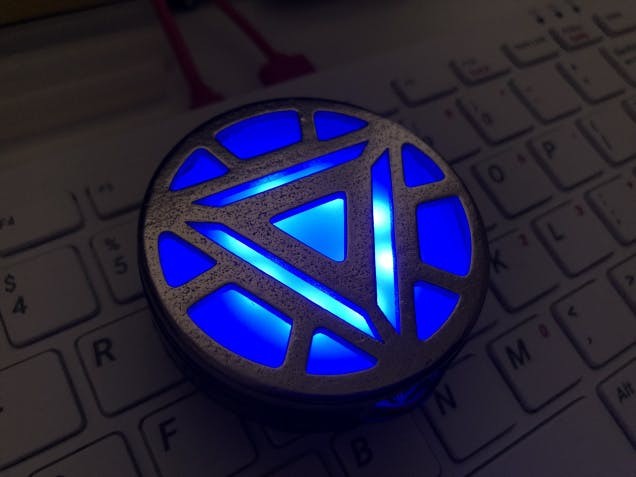 Now for the software side…

You can grab the code from my GitHub – it’s quite simple, it just pulses up and down from 180 brightness to 100 and back on a loop; I tried going to full 255 brightness on the Neopixels, but the small coin cell batteries couldn’t handle it.

This will require the Neopixel library for Arduino.

In terms of uploading to the board you’ll need to do some setup – check out this link for getting the board config for the Arduino IDE.

Then it’s just a case of uploading to the board like any other.

Now to have some fun with the finished product.

So obviously the first thing I was going to do was re-create a bit of the scene where Stark installs the new Arc Reactor from Iron Man 2 – This scene right here.

And so here’s my version and some good views of the Reactor:

What a nerd I am. That took like 37 takes before I was happy with it.

The glow effect is really neat – I’m very happy with how the Neopixel ring shines through the plastic and the outer casing.

The 3D-printed shell was a little smaller than I thought it would be but this is my fault for doing poor real-world measurements, but it looks so awesome overall it’s no issue.

The way it snaps into the necklace is great and was very helpful in the re-create scene – although it does tend to angle down a little bit; I’ll have to look into a way to secure the main magnet attachment to the necklace more securely so that the weight does not bring it down. 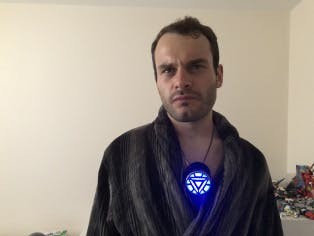 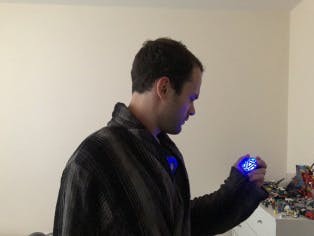 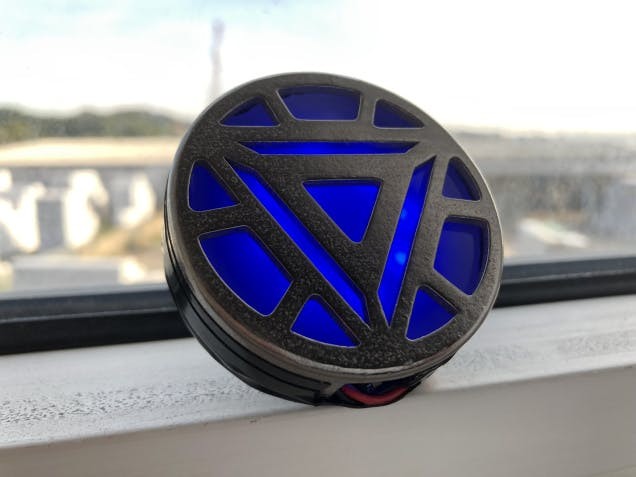 Looks great alongside the E.D.I.T.H. Glasses!

Next time I will get a bigger 3D-printed version and improve the holding mechanism, I will also try and get a better glow affect; perhaps get it to appear like there is energy circling the Reactor rather than just simply glowing.

I hope you liked this project – I think it’s so nice looking, I intend to 3D print a lot more for my projects going forward; to really enhance the aesthetics of them.

Any ideas for improvements or models for another version? Let me know!

As for Sony and Disney, play nice guys.

See you next time… 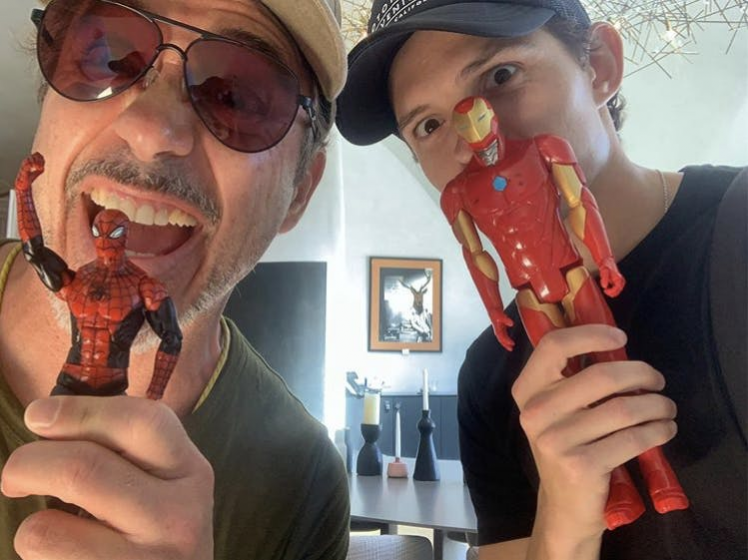