Single Board Computers come in various sizes and prices, but most of them stick to ARM architecture. There are a few, however, that use the x86 architecture found in most desktops and laptops, giving them completely different possibilities in terms of development and compatibility.

These are, generally, not as cheap as ARM-based boards, but there are exceptions. Today we are looking at the Rock Pi X, a sub $100 x86 SBC from Radxa with onboard storage. We'll look at how it stacks up against other similarly priced boards and what you could do with one, but first, let's look at the specs.

What is the Rock Pi X?

The Rock Pi X features an Intel Atom x5-z8350 Cherry Trail quad-core processor running at 1.44 GHz and up to 1,92 GHz. The System on Chip (SoC) also provides Intel Gen8 HD graphics at 500 MHz. This is notable as the Rock Pi X specs claim display output of 4k at 30 fps - something the chip isn't actually capable of, though this could be a typo. 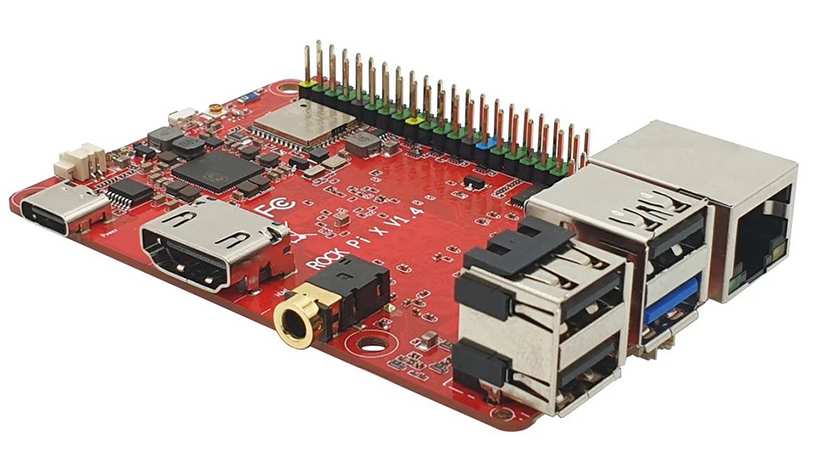 There are two versions of the Rock Pi X, the Model A, and Model B. Currently, the Model A does not seem to be available, so this overview is for the Model B, which adds WiFi and Bluetooth 4.2 along with an external antenna connector. You also get 1, 2, or 4GB of DDR3 RAM and a choice of 8, 16, 32, 64, or 128GB eMMC flash along with an SD card slot for boot or storage. The price varies depending on the setup, but the 2GB RAM 16GB version is currently available for $88.

The incomparable Christopher Barnatt of Explaining Computers covered the specs of the Rock Pi X in detail as part of his overview video:

There are few notable aspects of the Rock Pi X. Firstly is the inclusion on onboard eMMC. Not only is it useful to have integrated storage in a medium more sturdy than an SD Card slot, but the choice of so many different sized eMMC chips makes the board highly extensible based on need and budget. It's also worth bearing in mind that the official heatsink for the Rock Pi X - something you are definitely going to want as the Atom is known for running hot - does not come with the board and must be bought separately.

In terms of form factor, it matches the Raspberry Pi 4, though there are some exceptions. The HDMI port is full-sized, though there is only one output. The SoC, camera port, and RTC connector are on the underside, and you get 3 USB 2 ports and only one USB 3.0 port.

The inevitable comparison is to the Raspberry PI 4, and while we will look at this later, it's always going to be somewhat of a case of ARM Apples to x86 Oranges! 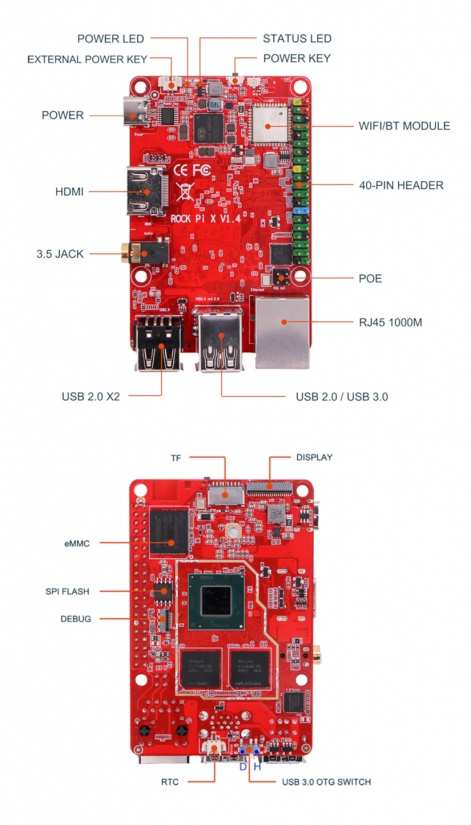 What OSes can the Rock Pi X Run?

One key advantage of an x86 processor is the ability to run 64-bit operating systems, including Windows 10 (and presumably 11 with a bit of fiddling), though it is worth keeping expectations in check. The Intel Atom chip at the Rock Pi X core has always been a low-powered option, and it's never run complete operating systems with much speed.

You'd be able to use this as a desktop computer with minimal use. Both Explaining Computers and ETA Prime show precisely what the limits of each system are.

And alternatively, Xubuntu and Android, both of which also struggle with the hardware:

While this doesn't give a lot of hope for those looking to buy a super cheap SBC for running x86 based operating systems, we shouldn't discount the Rock Pi X yet. One thing that most x86 machines lack is the ability to interact with the world around them. An SBC with these properties might be exactly what your project needs, which brings us on to software support.

Installing an OS on the Rock Pi X follows the same process as a regular install for Windows 10 and Linux. After booting via a USB stick made on another machine, you install as normal using a mouse, keyboard, and attached monitor. This is all listed on the Rock Pi X getting started page.

From here on Linux, you can also install drivers for accessing other aspects of the board like GPIO pins. For Windows 10, Radxa provides an unactivated image with pre-installed drivers. On the Linux side, you can install Libmraa from the Linux Dev tab of the same site.

While you are given tools then left to work it out yourself, there is enough here to make the Rock Pi X a legitimate target for development, and it could make an interesting candidate for a headless x86 server.

Radxa also maintains a zip file of Windows drivers, so those wanting to experiment with Windows Server as an OS may be able to work with GPIO pins too.

What can You Build With the Rock Pi X?

As previously stated, you could use the Rock Pi X as a low-powered desktop replacement in a pinch, but it's likely going to be better suited to development and maker projects.

Other than this, however, there aren't many projects featuring the Rock Pi X, and it's easy to see why. Competition.

The Rock Pi X cannot stand up to the similar priced Raspberry Pi despite the different architecture. While a few situations require x86, you are likely to have less stress targeting your project to ARM architecture - and a lot more support online.

Once again, Explaining Computers has a thorough rundown of the differences.

Even if you did need x86 architecture, the underpowered nature of the Rock Pi X makes it a hard choice.

Quite simply, the idea of an x86 SBC isn't all that strange anymore, but most of the Rock Pi X's competitors cost quite a bit more. There's a reason for this, and it is that the parts required to make a decent x867 machine aren't cheap.

There are some great x86 boards out there, but they either cost several hundred dollars more or come lacking things like memory and RAM like the Odroid H2+.

Should You Buy the Rock Pi X?

Despite these issues, let's not lose sight of the main story here: The Rock Pi X is a very cheap, compact, IoT-ready device with a full complement of GPIO pins and a camera connector with onboard eMMC. None of this should be ignored. The problem isn't the design, as older generation CPUs are no problem in the low-power world of embedded engineering. Instead, the issue here is the claim that it can run Windows 10 (well) and output 4k.

If you need a cheap embedded x86 board, the Rock Pi X is among the best value you can get today. It's just not the dream mini-computer many hoped for. 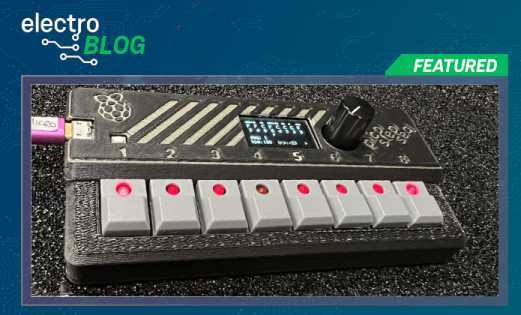