In recent years, artificial intelligence (AI) has moved from a purely academic study carried out on purpose-built machines to something utilized in almost all consumer hardware. Single-board computers (SBCs) like the Google Coral Dev Board and Nvidia Jetson series have made AI accessible to all. Most AI-capable SBCs lack a few key features, however. As a general rule, they are quite underpowered, limiting what is possible to do with them. Also, few are suitable for developing Android apps, and Android support across SBCs is spotty in general. Most, but not all. Today we are looking at the HiKey 970, a powerful single board computer from 96boards and Huawei designed for working with AI using Android and Linux. It's a powerhouse for working with computer vision and robotics projects. 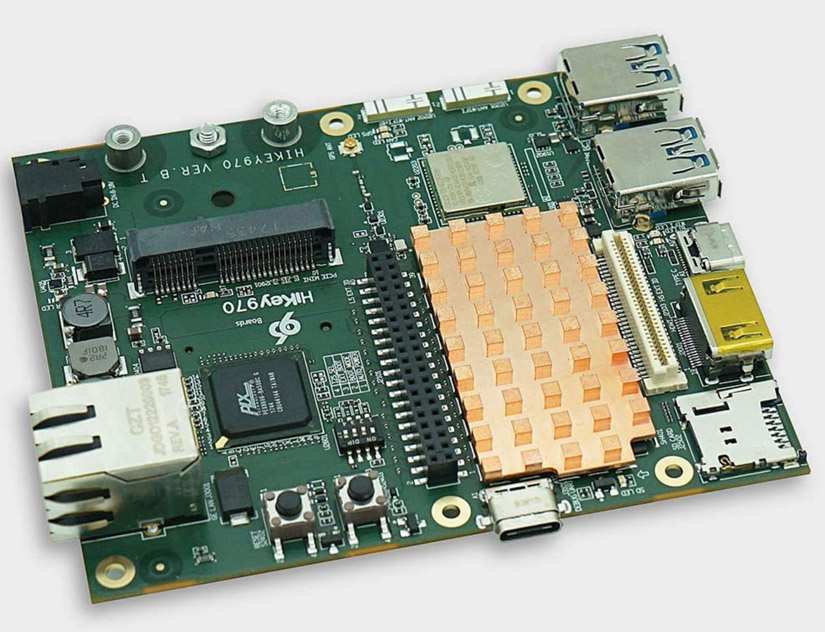 The HiKey 970 is an AI-capable SBC created by Huawei and Linaro and launched in 2018. It's based on the HiSilicon Kirin 970 system on chip (SoC), featuring four ARM Cortex A73 cores clocked at 2.36GHz and four ARM Cortex A53 cores running at 1.8GHz, along with a Mali G72MP12 GPU. The system-on-a-chip (SoC) also features a dedicated hardware Neural Processing Unit (NPU) designed for AI computing on the device, rather than relying on the cloud.

It also comes with 6GB RAM, 64GB UFS 2.1 storage, a microSD slot, HDMI 2.0a supporting 4K displays, and two USB Type-C and USB 3.0 ports. Wi-Fi, Bluetooth, and GPS come as standard, along with a 4 line and 2 line MIPI camera port and two expansion connectors; one low speed with 40 pins and one high speed with 60 pins. 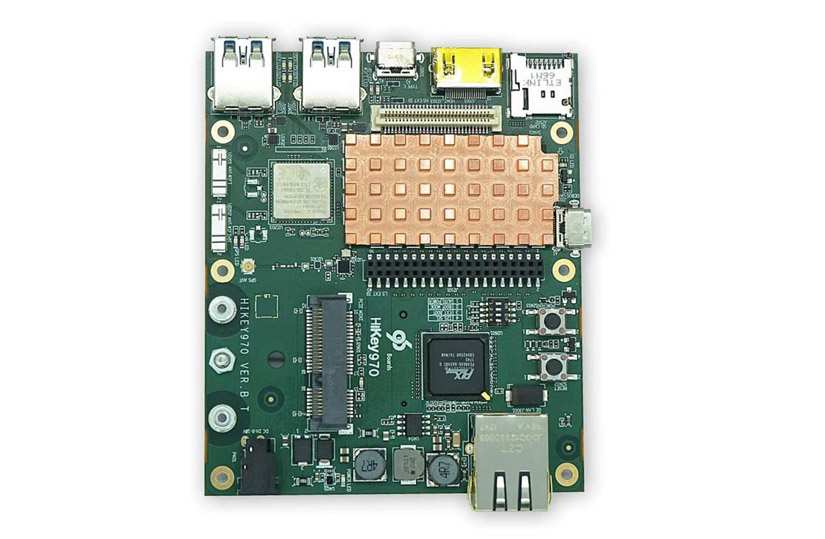 Something that immediately sets the HiKey 970 aside is how powerful it is. The Kirin 970 SoC is the same chip found in the Huawei Mate 10 and the Mate 10 Pro smartphones. This also has some advantages for Android developers, as it has native Android support via the Android Open Source Project (AOSP). Alongside Android, there are Debian and Ubuntu builds for the board, so it's hard to see any downsides to it at first glance. One negative for some Makers and hobby devs will be the price. At $360, it is significantly more expensive than most other AI SBCs.

One thing that sets the HiKey 970 aside is its power. With an 8-core CPU and 6GB of RAM it blows most other boards out of the water. 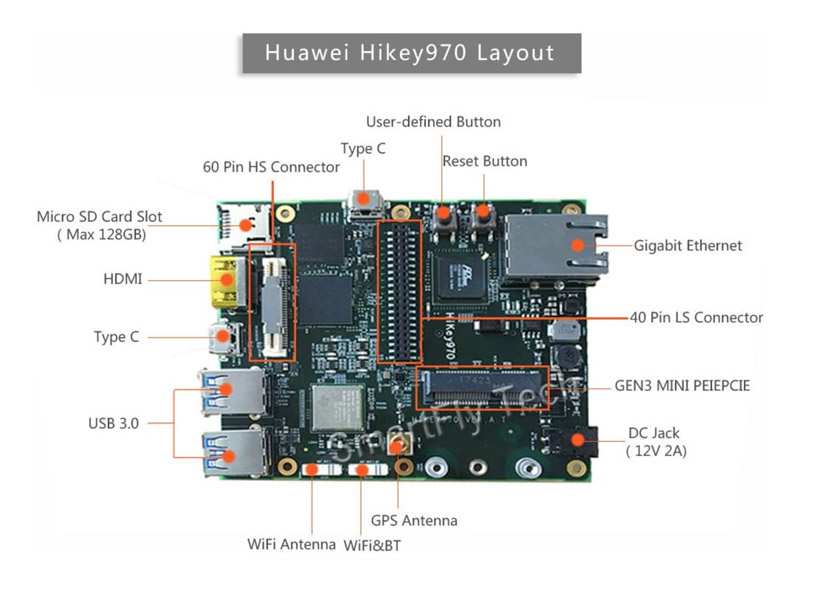 Perhaps unsurprisingly, given the SoC, an AOSP build for the HiKey 970 gives a fully-featured Android-based development environment. It's clear that this board was created to motivate the development of AI apps on Android and for Huawei handsets. That said, if Android isn't your thing, there are official images for Ubuntu and Debian Linux available, and the board ships with Debian already installed on the internal storage.

All three images are available from the 96boards website. Interestingly, given that Linaro collaborated on the board, no Linaro supported operating systems are listed on the HiKey 970 downloads page. There is also an experimental Windows 10 installation, but it is not supported officially.

Given how powerful the HiKey 970 is, it's not surprising that it's capable of most embedded AI tasks. The information provided by the board specifically mentions Smart Cities and Robotics, emphasizing computer vision and object recognition. This capability largely comes from the onboard NPU designed especially for these tasks. Where boards like the Raspberry Pi require an external coprocessor for edge computing and inference using neural networks, the HiKey 970 has it built right into the board.

In terms of speed of object detection, this video from the on-device AI YouTube channel shows just how fast it can react to moving objects. Even a thrown basketball shows up for the brief time it is on screen. When the Kirin 970 chip was released it was faster than any other competitor, capable of processing up to 2005 images per minute.

Where to Learn More about the Hikey 970

Despite the powerful specification, there aren't a lot of projects, tutorials, and guides for the HiKey 970. This might come down to the price, as it's so much more expensive than most other SBCs, so fewer makers and educators will have access to it. That said, the 96boards page has thorough documentation along with a getting started guide, and LeMaker has a series of in-depth technical guides available as PDF files.

The only AI capable SBC close to the HiKey 970's price is the Nvidia Jetson Xavier NX. Both are extremely powerful devices for edge computing. While the HiKey 970 might be more powerful on paper, Nvidia's support is next to none, and all but the most grizzled of embedded AI developers will have a much better time using Nvidia's software development kit (SDK) and documentation.

Most cheaper options for AI SBC development are significantly less powerful. The Google Coral Dev Board and Nvidia Jetson Nano are similar specced and great entry points for getting into AI. It's hard to beat the Raspberry Pi 4 as a general-purpose SBC, but even the highest spec Pi will need some kind of co-processor like a Google Coral USB Accelerator or Intel Neural Compute Stick.

Realistically, there is no direct comparison to be made between the HiKey 970 and other boards, as the 970 has such a specific specification. If you need the power and flexibility, the HiKey 970 gives, you likely are not too concerned with paying more or having to work a lot out by yourself. 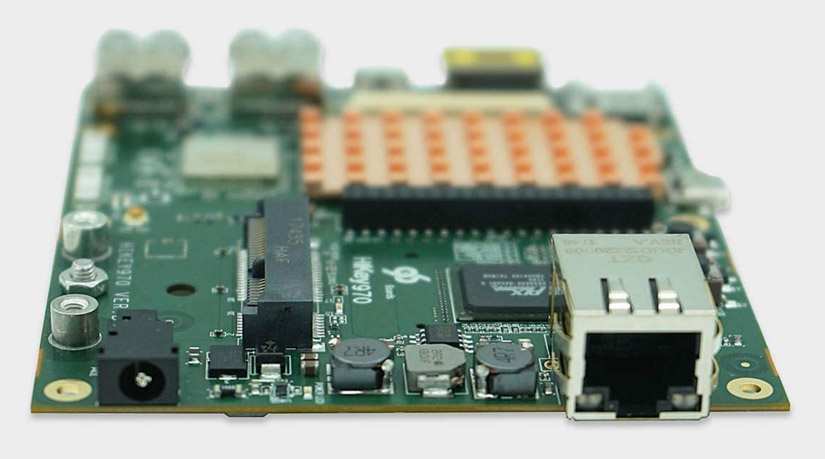 While the HiKey 970 is undoubtedly an incredible piece of hardware, is it the right board for you? Probably not. Unless you are working on a very specific robotics or computer vision project, it's likely you would be better off buying a cheaper board targeting makers and beginners in AI. This isn't to say the HiKey 970 is a bad board. In fact, the opposite is true. It's among the most capable and powerful boards of its type. This board's flexibility makes it perfect for almost any setting, provided you know that setting inside out already. Those working in the industry might find this board a no brainer, but makers might find it an expensive headache to work with. 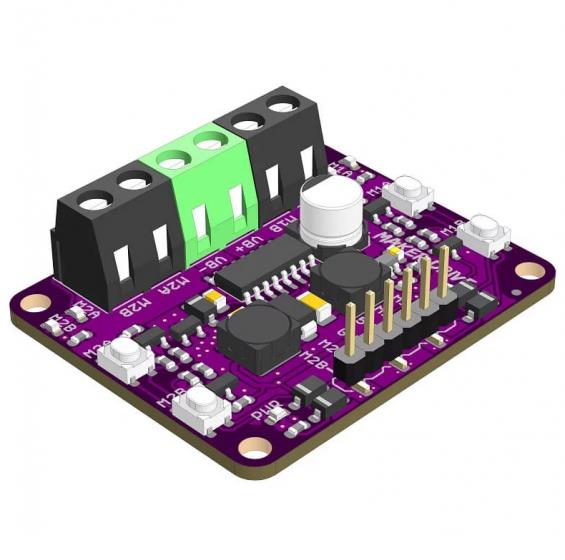 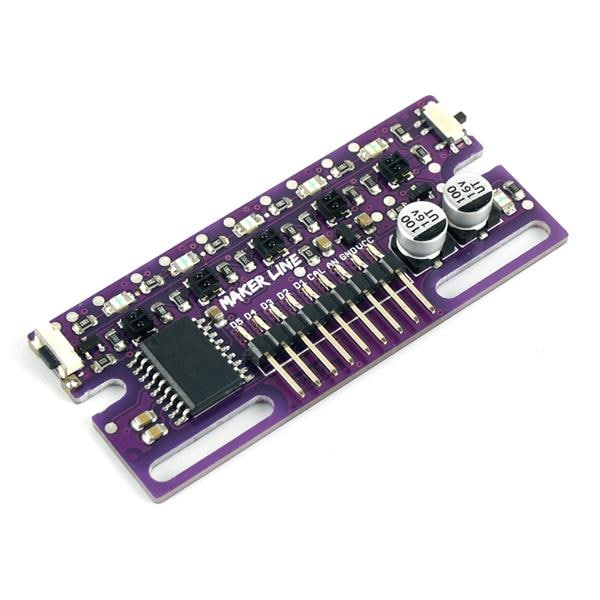 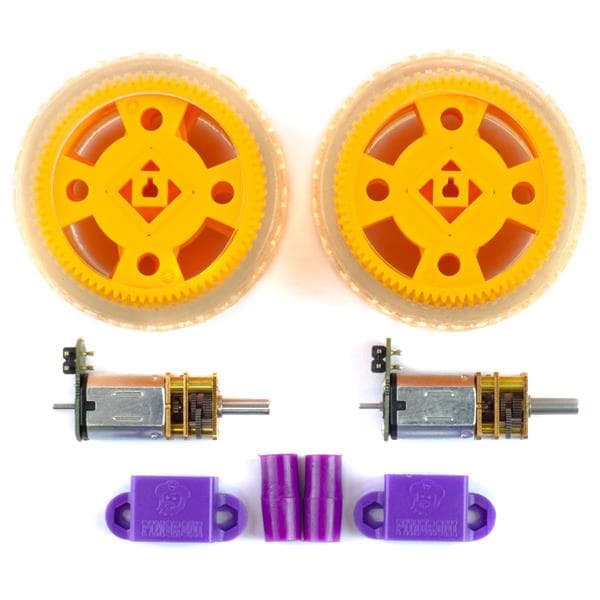