It’s 61 years since the production of the RCA Mark II Sound Synthesizer, an instrument dubbed “the first programmable electronic synthesizer.” It’s essentially the first device to feature automated playback; it can play itself. Even after the invention of the guitar synthesizer (an instrument that is usually only found in studios, rather than live shows), it hasn’t been possible to automate playback on a guitar until very recently.

You may have already seen the Lego Mindstorms-based approach, but that relies on a £300 kit. Surely it can be done for less? Of course, it can and this could be the first step. Despite its rudimentary appearance (the servo was a freebie from Adafruit), this project from YouTube user Make It And Fake It employs an Arduino and USB power pack, and three programmable buttons. Meanwhile, you’ll find the code at GitHub.

While this isn’t a perfect implementation – only three rhythms can be programmed – it is certainly a step in the right direction. Sure, it relies on the presence of a human to finger the strings, but there are considerable accessibility implications here. And if that wasn’t awesome enough, a guitar that can play itself (or at least strum itself) frees up one of your hands for some other task.

Perhaps you want to grab a drink or switch on the microphone. Maybe have a quick bite, or turn over a page of music. Either way, a guitar with an attachable strumming mechanism can certainly prove useful. It needs some tweaking and a few extra programmable options, but all in all, we love it! 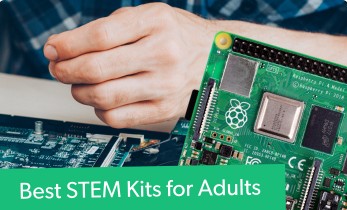 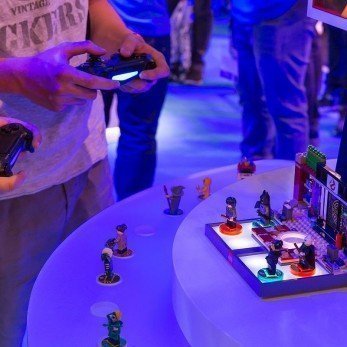 What are the Gemma M0 and CircuitPython?