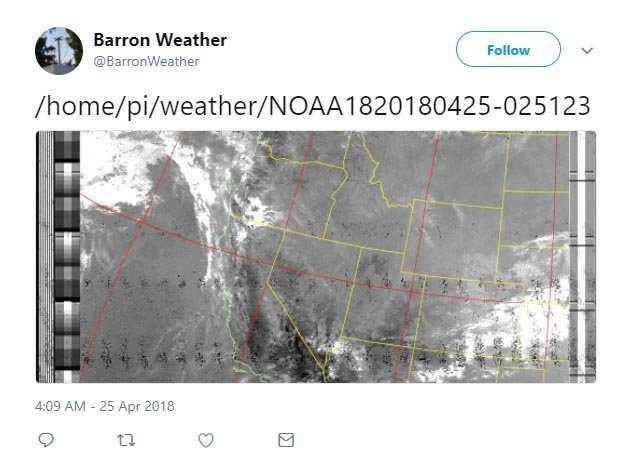 Our experience of the weather is traditionally passive; we have little choice other than to accept what happens in the atmosphere above. It might rain; it might be windy; sunshine might be slight, or enough to convince you to go to the beach.

Sure, you can check conditions on your phone’s weather app, or you could just look out of the window. Popular weather forecasting isn’t a million miles away from gambling on the horses in its use of mathematical probabilities, so you’re just as likely to guess the weather right as an app is to predict it.

But if you wanted to get closer to the weather, this Raspberry Pi weather satellite receiver project might be just the thing you need. Employing an RTL-SDR USB device to send data from a dedicated antenna to the Pi, the project converts the data into satellite images, the type you used to see on TV news reports. Once converted, the resulting image is then shared with the world on Twitter, via @BarronWeather.

As you might expect, this isn’t an easy build. First, you’ll need to construct a polarized antenna frame, but thankfully the CAD files for this are provided by the builder, who identifies himself on reddit as Kevin D. Decoding software running on the Raspberry Pi, WXtoIMG creates graphic versions of the data, making it easy to interpret.

While a fascinating project, Kevin D notes that it has some limits. “I can only receive from the satellite when it's above my horizon, and since I live on the west coast, I'm only going to get images of southwestern Canada and northwestern Mexico at the very extremes. Sometimes I also get a peek into the midwest or further into the Pacific, but the highest quality images come from satellites that fly nearly directly overhead. The cutoff for a good transmission seems to be 20 degrees above the horizon, where 90 degrees is directly overhead.”

To help others get their satellite images tweeted, Kevin D has provided a Python script that works with the Twitter API. If you’re planning your own version of this project, that’s pretty useful to know! Based on an existing Instructables build, you can see a few snaps of Kevin D’s project in this Imgur feed. 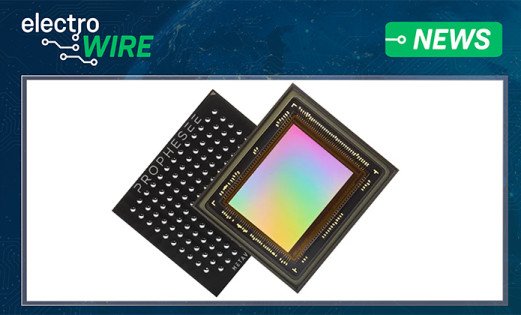