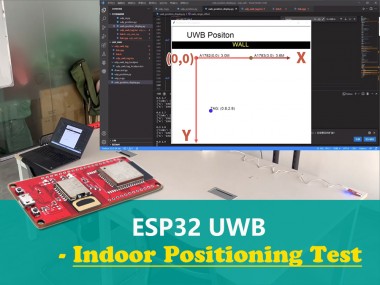 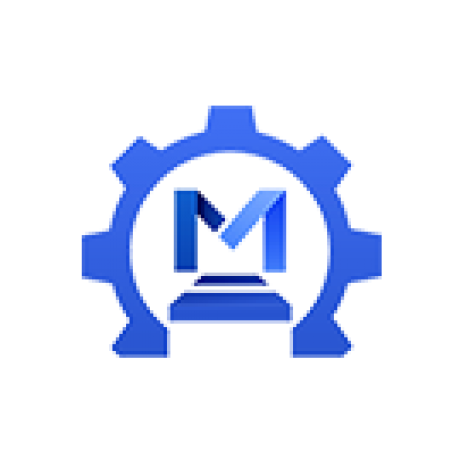 Made by Makerfabs01 / Sensors / IoT

We made an ESP32 UWB indoor positioning test, using 2 UWB anchors and 1 UWB tag, when the tag is moving, the real-time position of the UWB tag can be graphically displayed on PC.

DW1000 is the world's first single-chip wireless transceiver based on Ultra-Wideband techniques. It provides a new approach to real-time location and indoor positioning systems, location-based services, and wireless sensor networks. It enables to develop cost-effective RTLS solutions with precise indoor and outdoor positioning to within 10 cm.

The Makerfabs ESP32 UWB is based on ESP32 and DW1000 solutions, it acts like a continuously scanning radar, that precisely locks onto another device and communicates with it, thus calculating its own location, with the ESP32 WiFi/Bluetooth, it could be a solution for wireless indoor positioning.

Ultra-wideband is a technology for transmitting information across a wide bandwidth (>500 MHz). This allows for the transmission of a large amount of signal energy without interfering with conventional narrowband and carrier wave transmission in the same frequency band. Regulatory limits in many countries allow for this efficient use of radio bandwidth, and enable high-data-rate personal area network (PAN) wireless connectivity, longer-range low-data-rate applications, and radar and imaging systems, coexisting transparently with existing communications systems. 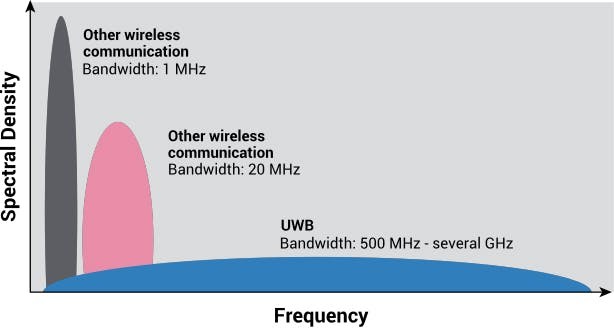 A significant difference between conventional radio transmissions and UWB is that conventional systems transmit information by varying the power level, frequency, and/or phase of a sinusoidal wave. UWB transmissions transmit information by generating radio energy at specific time intervals and occupying a large bandwidth, thus enabling pulse-position or time modulation. The information can also be modulated on UWB signals (pulses) by encoding the polarity of the pulse, its amplitude and/or by using orthogonal pulses. UWB pulses can be sent sporadically at relatively low pulse rates to support time or position modulation, but can also be sent at rates up to the inverse of the UWB pulse bandwidth. Pulse-UWB systems have been demonstrated at channel pulse rates in excess of 1.3 billion pulses per second using a continuous stream of UWB pulses (Continuous Pulse UWB or C-UWB), while supporting forward error-correction encoded data rates in excess of 675 Mbit/s.

A UWB radio system can be used to determine the "time of flight" of the transmission at various frequencies. Of course, the speed of the "flight" is as that of light, so the core problem is how to check the "flight" time, and thus to calculate the distance.

For the most basic system, there at least 2 items: Device_A(called A) and Device_B(called B),  there mainly 2 measure way:

This is the most basic way of measuring:

Then the flight time:

As the Tround and Treply are stored at the same device, so the time-error offset; of course, there error between A(eA) and B(eB), and the error is:

That is, the error is linear to the Treply. So this way is not popularly used, only suit for very short distance measuring.

After the "Single-sided Two-way Ranging", if A feedback again to B, it will be :

This measurement we called 3 messages mode.

After the "Single-sided Two-way Ranging", if B initiates again another message and A feedback, it will be :

This measurement we called 4 messages mode.

In this application, we used 3 Makerfabs ESP32 UWB modules, 2 modules acting as the UWB anchor, and 1 as the UWB tag, that moves in the room. As the tag gets its position, it transmits its location to devices(either PC browser, of the app at phone), to show the real-time position. 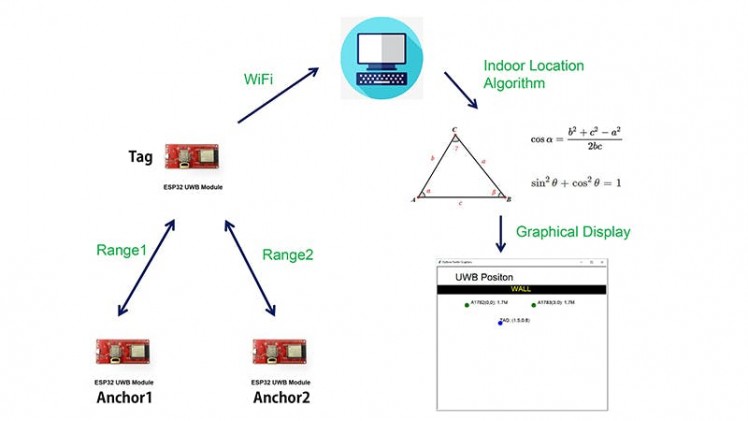 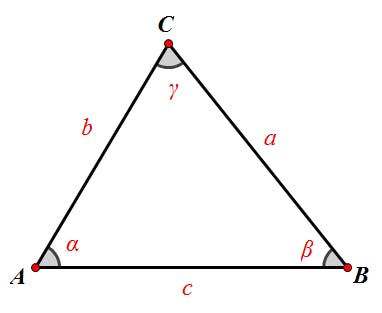 Now that we know the distance between the three sides of the triangle, we can calculate the coordinates of point "C".

I used the law of cosines to calculate the cosine of Angle "A":

I have the Pythagorean Theorem that gives me the sine of Angle "A":

Please Note to modify the DW1000 library according to Github, otherwise it will not compile for ESP32. The guide at ESP32 UWB GitHub.

***The full code for this application at Makerfabs GitHub***

As there 2 anchors in the system, we need to set different anchor addresses for the two anchors.

The Anchor code at: https://github.com/Makerfabs/Makerfabs-ESP32-UWB/tree/main/example/anchor

The tag needs to read the distance between the two anchors and send it to PC through UDP protocol. 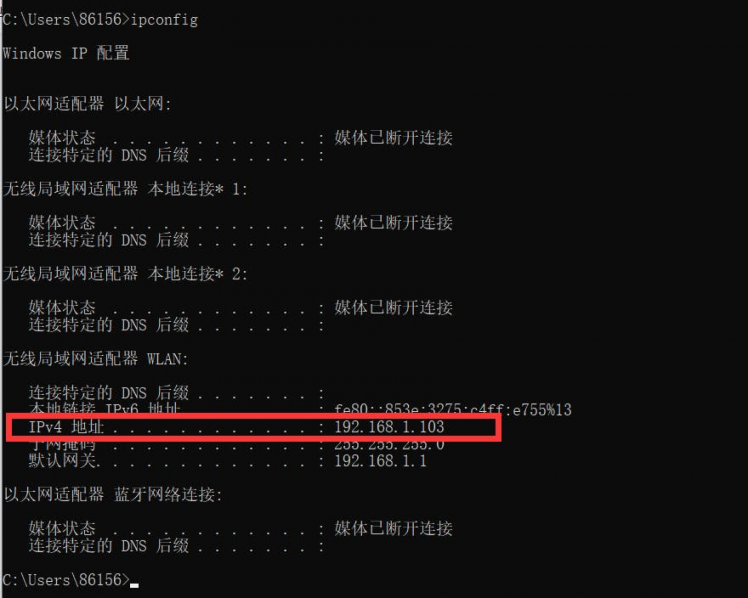 I used a Linked list to store the detected anchors, which fits well with the way UWB works. The content of the linked list is converted into JSON format.

The obtained JSON string format is as follows:

Finally, data is sent to PC every second through the UDP protocol. 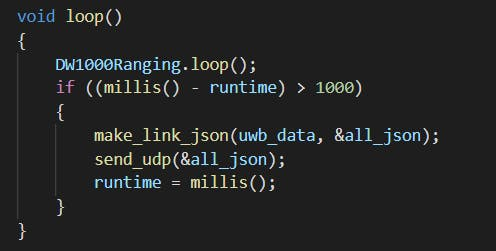 The tag code at: https://github.com/Makerfabs/Makerfabs-ESP32-UWB/tree/main/example/IndoorPositioning/udp_uwb_tag

A simple demo to calculate the position of the tag and graphically display it. Using turtle to draw.

In the beginning, I wanted to use Matplotlib, but it was a bit complicated. Turtle is easy, but the functions provided are rudimentary. I added some drawing functions myself to quickly draw lines, circles, rectangles, etc. 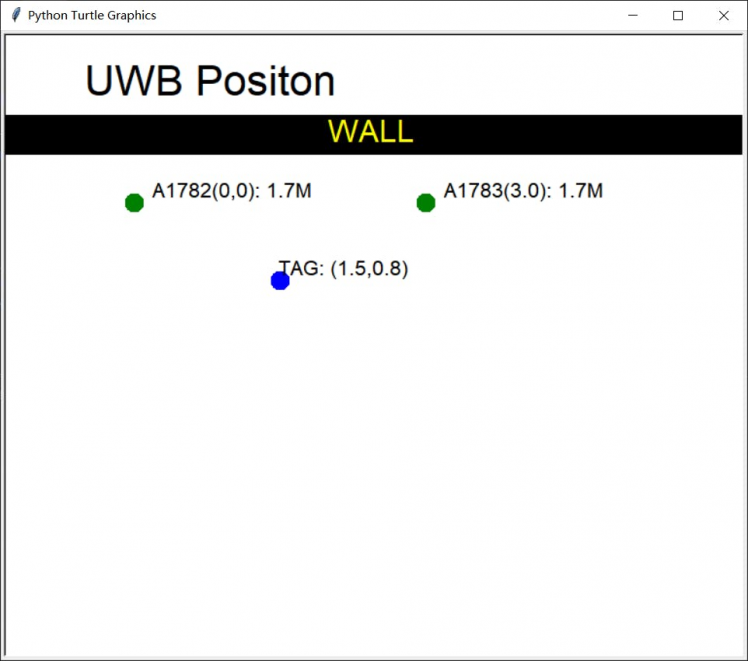 Here is my position calculation function. 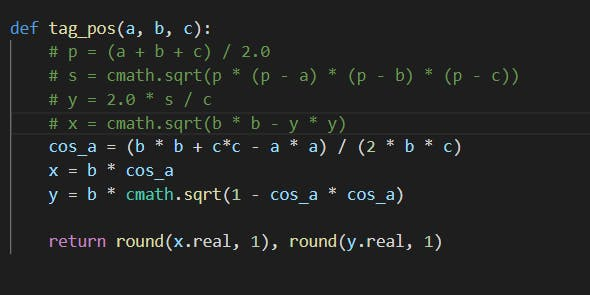 In fact, at first, I used Helen's formula to calculate the coordinates, but couldn't tell whether a triangle was acute or obtuse.

The function of the demo is to receive the data of the tag transmitted through UDP protocol, calculate the position of the tag and draw it on the screen.

After all the UWB anchors& tags are programmed OK, firstly I place the two UWB anchors on both sides of the table.

And run the Python program on the PC side. Attach the UWB tag to the power bank and wait for it to connect to the WiFi in the room. After the Tag is connected to the PC, the graphical interface pops up. 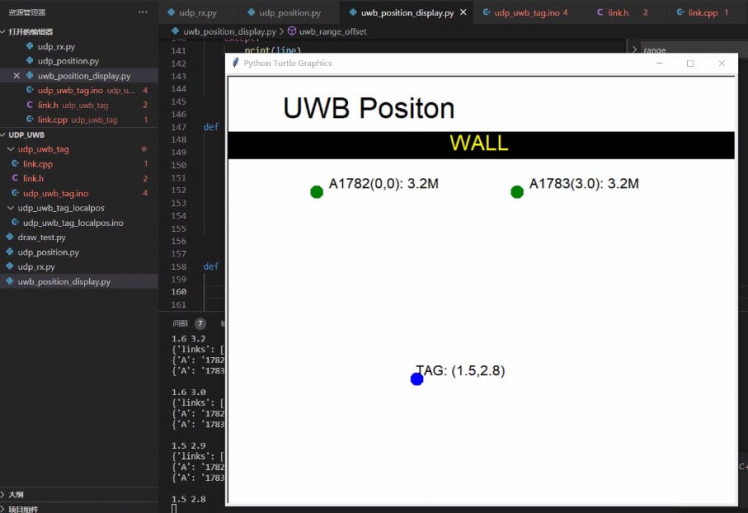 Move the UWB tag around, the tag position can be real-time monitored at the PC: 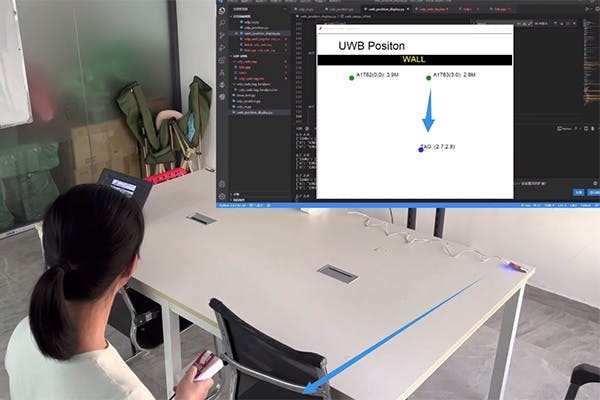 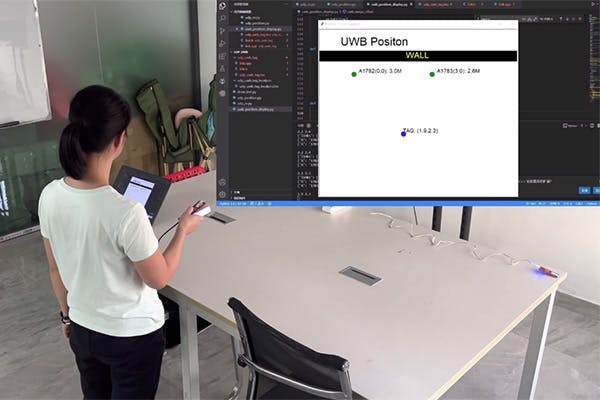