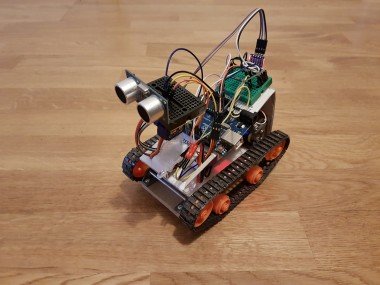 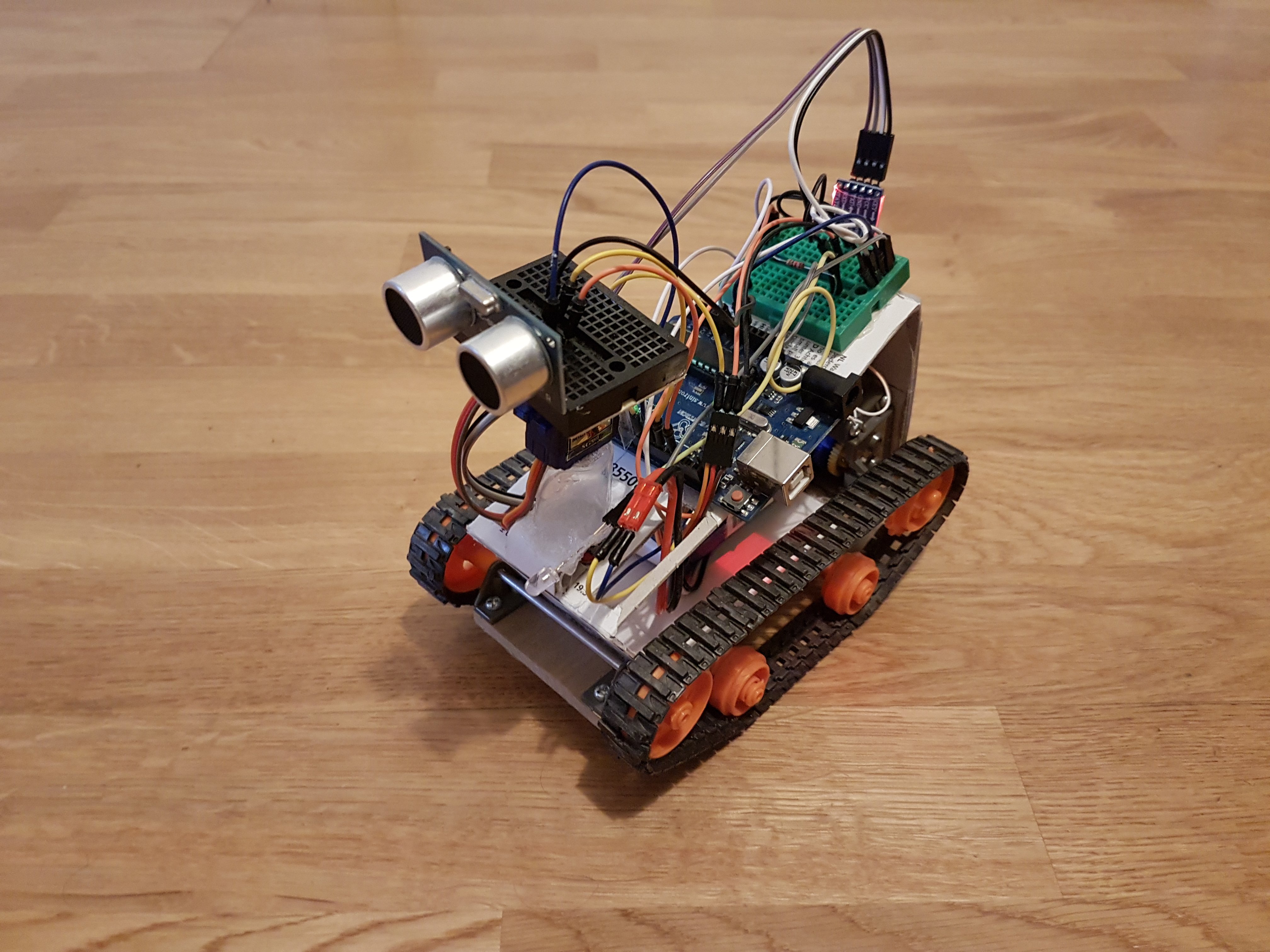 Made by ImAWonderer / Robotics / Sensors / Vehicles

Super fun robot that can be controller manually using Bluetooth or can be set to Autopilot mode and it moves around avoiding obstacles :)

I'm new to Arduino, so, I actually didn't know what I wanted to build at first, I'm a Software Engineer so I was exited to actually write some codee and make an object move :P, so eventually a Car/Tank came to mind, since it's fun to see it go and move around, I also liked playing with RC cars when I was a kid so, why not build my own? :D.

Here is a video I made showing the robot and playing with it:

Here are some pictures of the final product: 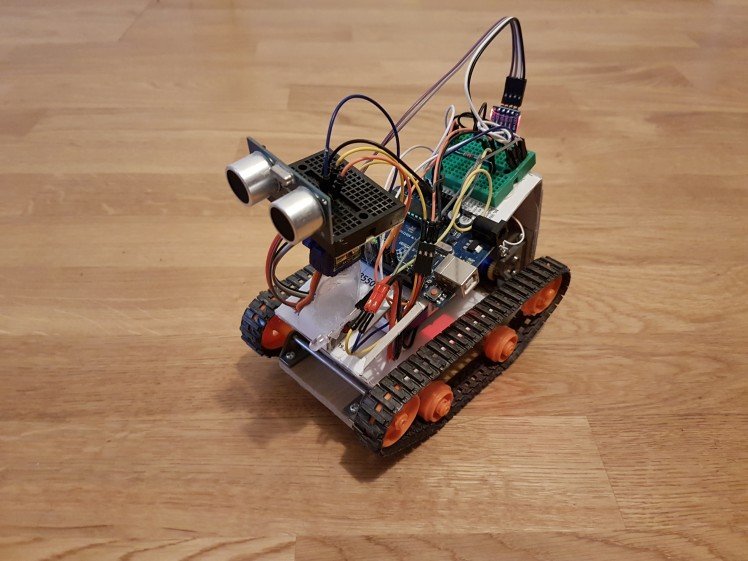 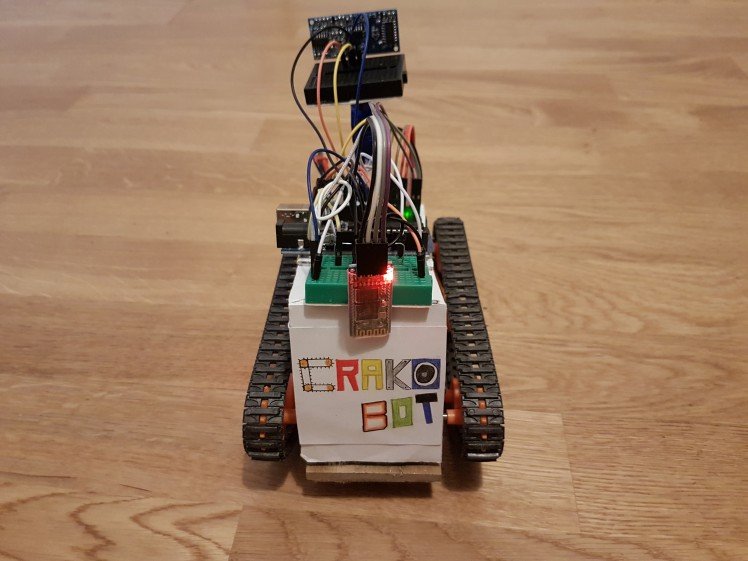 So, to start, I looked for components, the first thing I found what the "Tamiya 70108 Tracked Vehicle Chassis" and it looks so simple and flexible that I got it as a base for my project, then I started looking at some YouTube videos to learn how to use the components I had (Like servo motors and the motor in the Tamiya chassis), after I learned how each component behaves on his own, I build a simple prototype, a robot that could only move straight, that wasn't really fun (yet), and very difficult to grab :P, but it was a start I had to get a Double Gear Box to be able to have 2 motors and move to the sides, at this point I had no idea how to make that work, but I just figured stuff up on the go, I searched for YouTube videos and found out that I needed a Motor Controller, so I got an L298N for my project.

Here are some pictures to show the evolution of the robot: 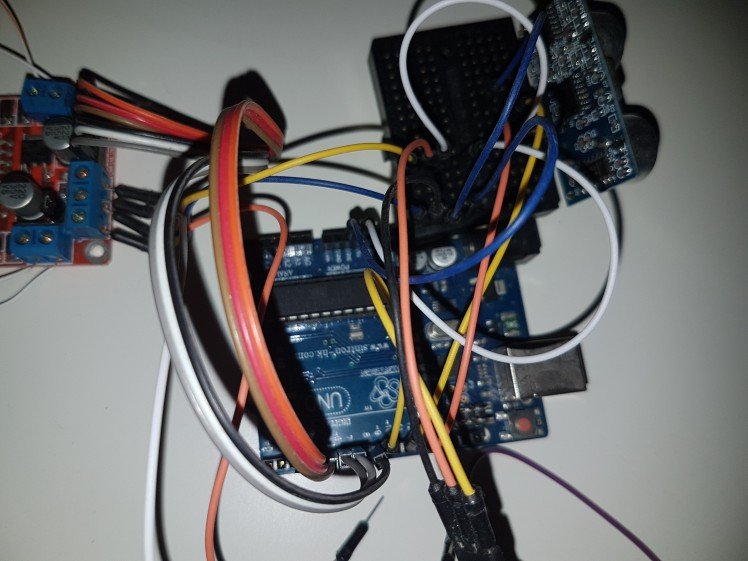 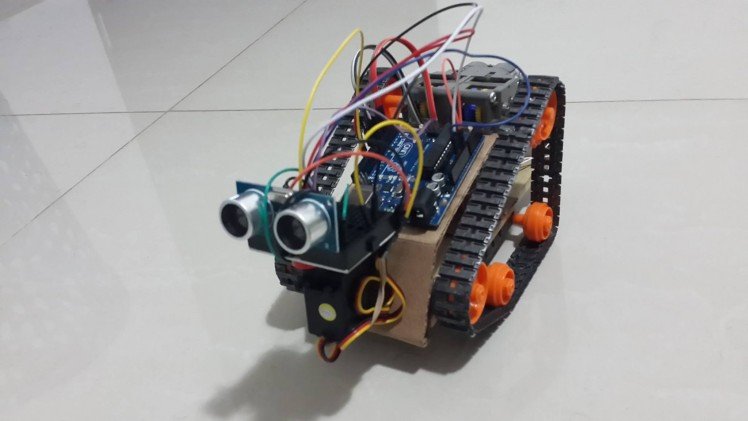 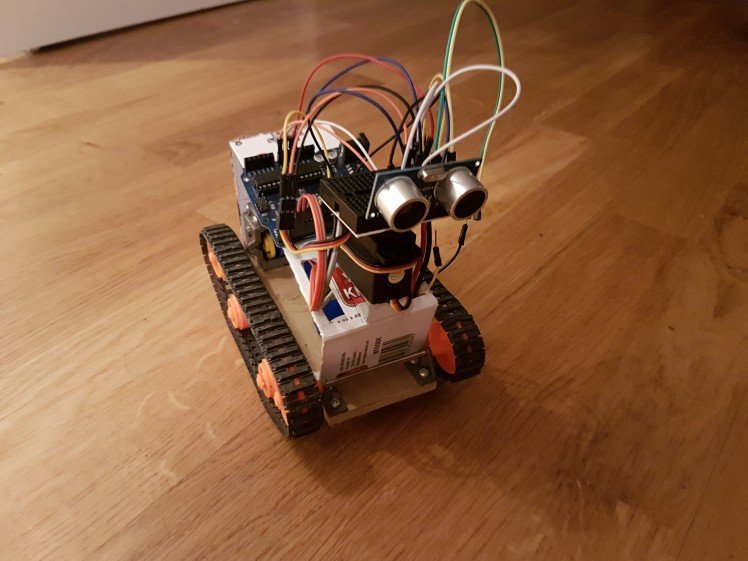 The problem now was, I needed some kind of way to guide it, because randomly moving around wasn't that fun, so I came out with the design of the robot looking around, I got an Ultrasonic sensor and I had a few servos and other components from a mix kit that I got with the Arduino, so I used that (and my girlfriend's help with deciding where to put the pieces to make them look nicer) to build the robot's Automatic mode (and only mode at this point).

The next step was just to imagine what else would I want to do with it, and everything is better with Bluetooth ;) , so, I got a Bluetooth module and added it to the robot, I added some code to be able to control the robot manually and used the "Arduino Bluetooth controller" App to send the messages to the Arduino. 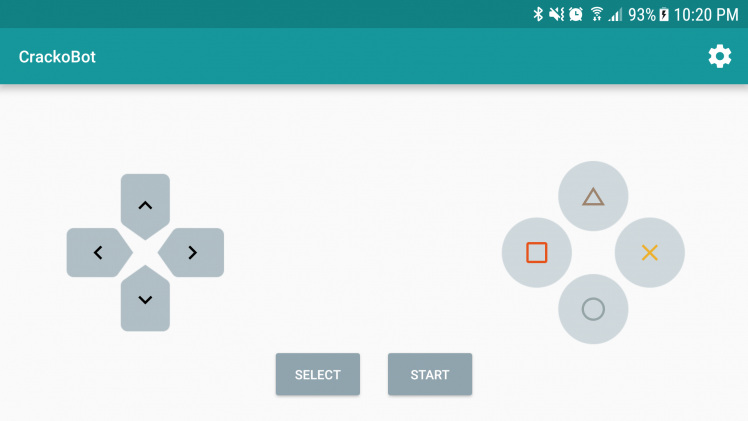 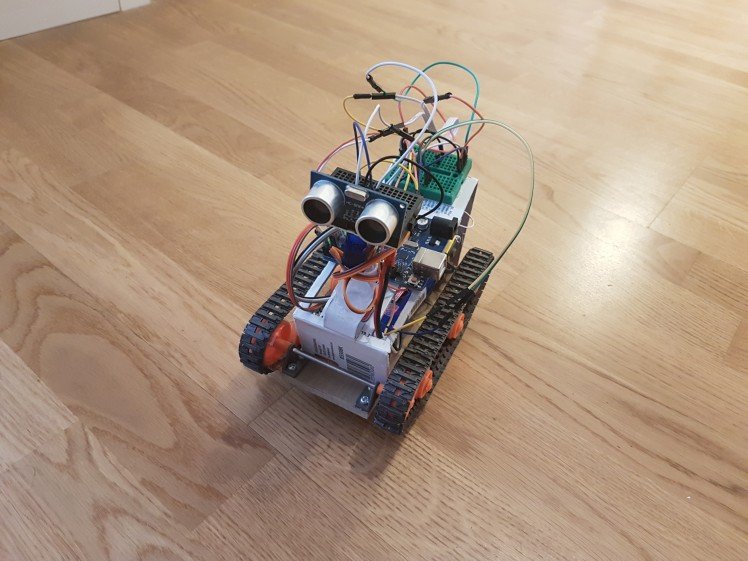 I have one of the buttons dedicated to switching between the two modes, so I can control it manually and then let him go on Autopilot (It's so satisfying to watch :D), after that, and since I played so much with it, I decided to add an LED to be able to see where it was going in the dark, and I can also control that via Bluetooth. 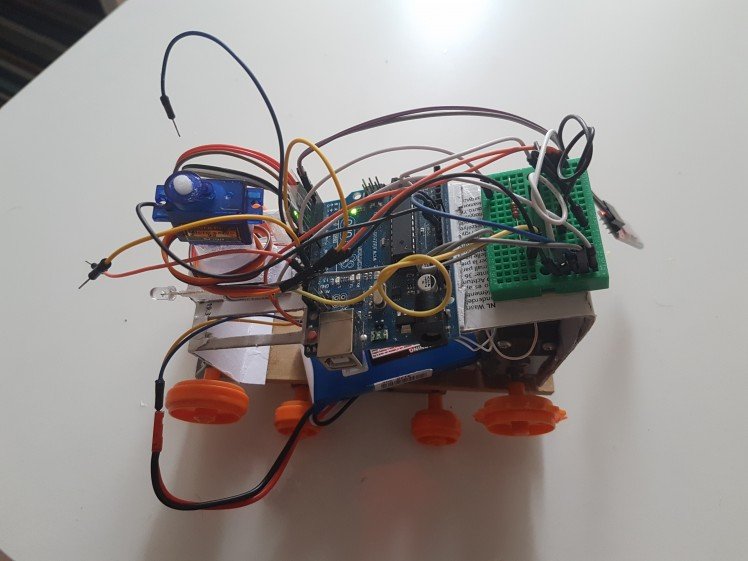 And that's basically it, it was so fun to build and play with, I hope you like it, and if you are still thinking if you should build your own, please do, it's a great experience and you get to learn a lot :).

Aaand here is a video of him in the snow :P

Here is my Github repo, you can find the code and the Schematics