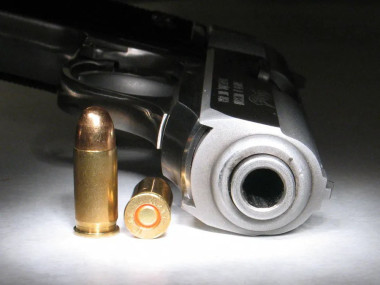 Accelerometer used to research the dynamics of firearm slide movement

Simple accelerometer and Arduino board were used to measure the dynamics of slide movement of several handguns during the shot.

Measurements were implemented with accelerometer attached to the slide; acceleration data was acquisitioned by Arduino-based controller;this controller was made capable of collecting 26000 data points per second. 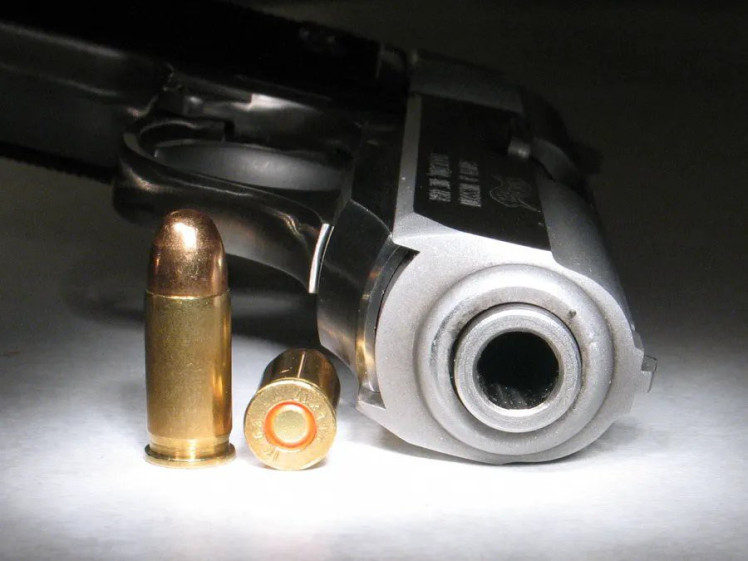 This project was implemented a while ago so some components might become unavailable; except but QuadRam Arduino memory expansion board, all of them are easily substituted with modern hardware.

The main interesting feature of this project - rapid data acquisition. Data is collected at high speed and stored immediately in RAM memory provided by RAM Extension board; this board allows storing of ~20 seconds of data flow at a speed of ~26000 samples/sec; data acquisitions stops either when button is pressed or when memory is full, whatever happens first; after that a new text file is created in SD card and data is copied from RAM into this file; each new file name is created dynamically reading current file counter stored in static 'FILELIST.TXT' file on SD. 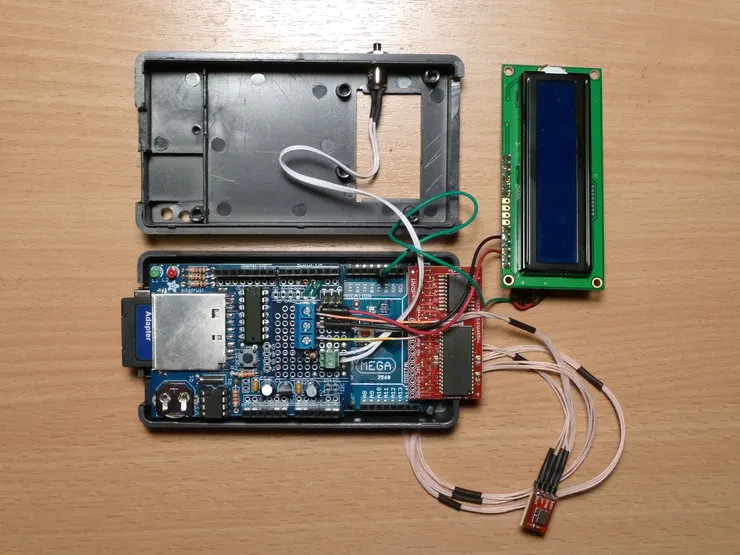 Accelerometer was attached to the slide with small piece of double-sided foam scotch tape: 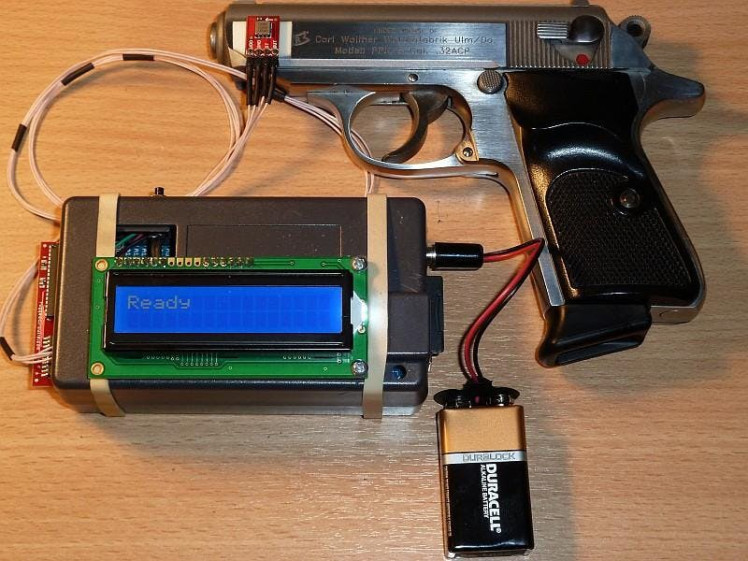 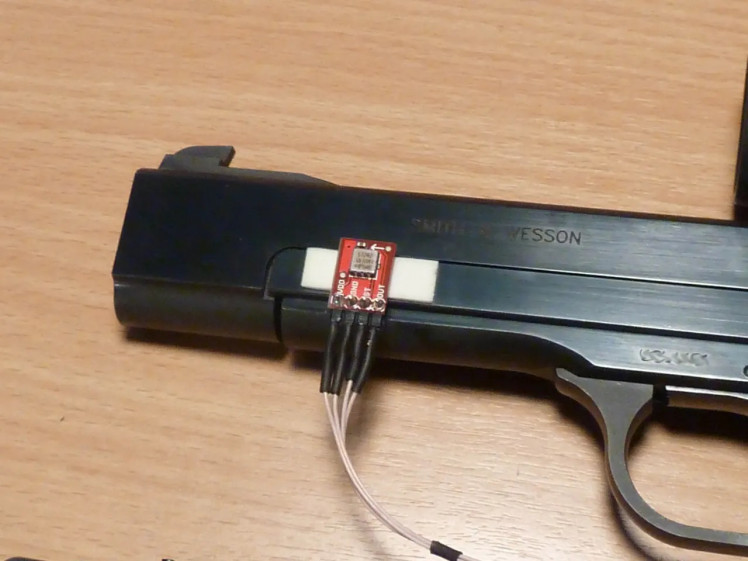 ADXL 193 accelerometer is a low-frequency device, so collected data shows some sort of integration of real acceleration; sensor was not calibrated and besides, the amplitude of initial acceleration is way above upper limit of sensor; because of these limitations the most useful and reliable part of collected data is just events timing and relative amplitudes of registered peaks; I did not estimate or rely upon the absolute values of acceleration;

The picture above clearly shows events of single shot in blowback system:

event A - initial slide acceleration (A2-A1= 2.1ms), event B -slide hits a rear stop (11 ms after event A), event C - slide moves forward and hits the breech (20 ms after event B); after hitting the breech first time slide bounces 2 times (events D and E) and finally comes to a stop. Event F might be attributed to feeding a shell from magazine into the chamber.

The full cycle takes 57.8 ms (A1-E), average slide speed on backward motion is 3.1 m/s. I estimated the speed just by measuring slide travel distance (34 mm) and dividing by time interval (11 ms). Assuming this speed was acquired in 2.1 ms this gives an estimate of initial acceleration(averaged) of 1470 m/s2 ~ 150g

Events A & B are still initial acceleration and hitting the rear stop; at the end there are 2 peaks C and D with 5.4 ms interval; we can also see very small single bouncing (E). I could guess these two decelerations(C&D) are related to 2 events: first, when the slide, after feeding the cartridge, meets the breech face and starts pushing the barrel up and forward;second event is when barrel comes to final forward position. There are also some events (f) between forward slide motion and final stop;that might be a deceleration when the cartridge is chambered.

Slide moves back during6.1 ms (estimated acceleration is about 280g) which is 2.8 times faster than M&P; slide cycling in total takes only 31 ms and we see only one small bouncing. All shots I measured with PPK/S shows surprisingly low acceleration when the slide hits rear stop; I am not sure what this means; I might suggest that because of strong recoil spring the slide loses most of it’s speed when it comes to the rearward position; this could explain why I experience rare FTFs when shooting some ‘bad’ ammo.

Below there is a picture of all 3 handguns data superimposed, just for demonstrating differences and similarity. It is funny to see how the first stage of shot is identical for all 3 pistols regardless of caliber and system. 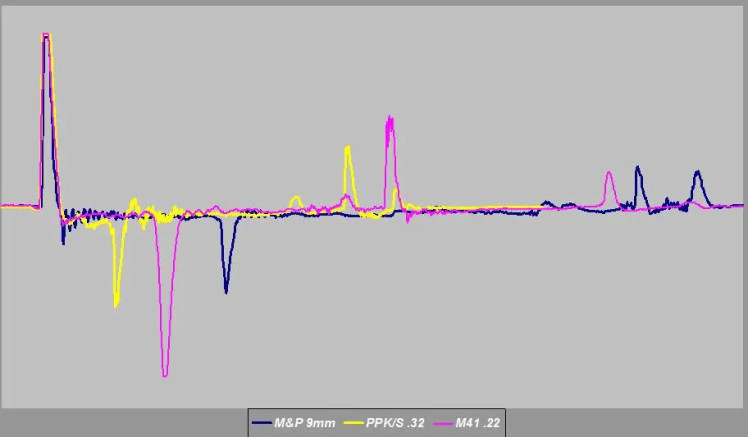