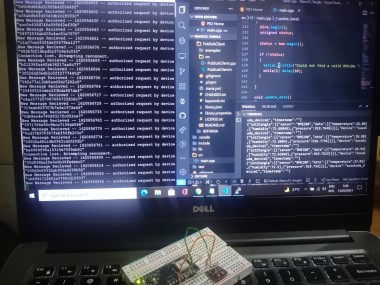 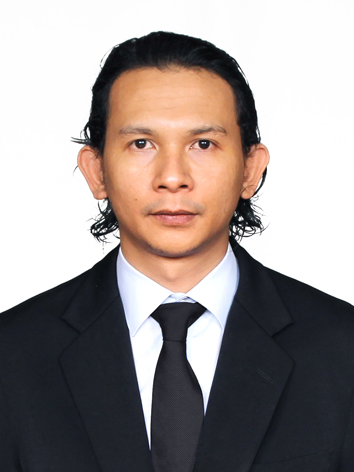 Made by radhyahmad / Environmental Sensing

Precise sensing is an IoT monitoring system to collect and measure air temperature, humidity, and pressure by using a BME280 sensor, integrated with IOTA Tangle.

IOT2TANGLE allows developers from the IoT community to share their integrations, providing them with I2T repositories and assistance on the IOTA Streams end. This way, we create an IoT/IOTA open encyclopedia. Share your work with the world! https://iot2tangle.io/

This project is to aim at how to use Arduino Nano 33 IoT WiFi as internet connectivity with IoT MQTT protocol standard. I wrote code in Arduino IDE and use Pubsubclient to send the data to the MQTT broker, using JSON packet data at ArduinoJson library. It has been successfully sent to raspberry Pi 3+ as an MQTT broker every 5 seconds. 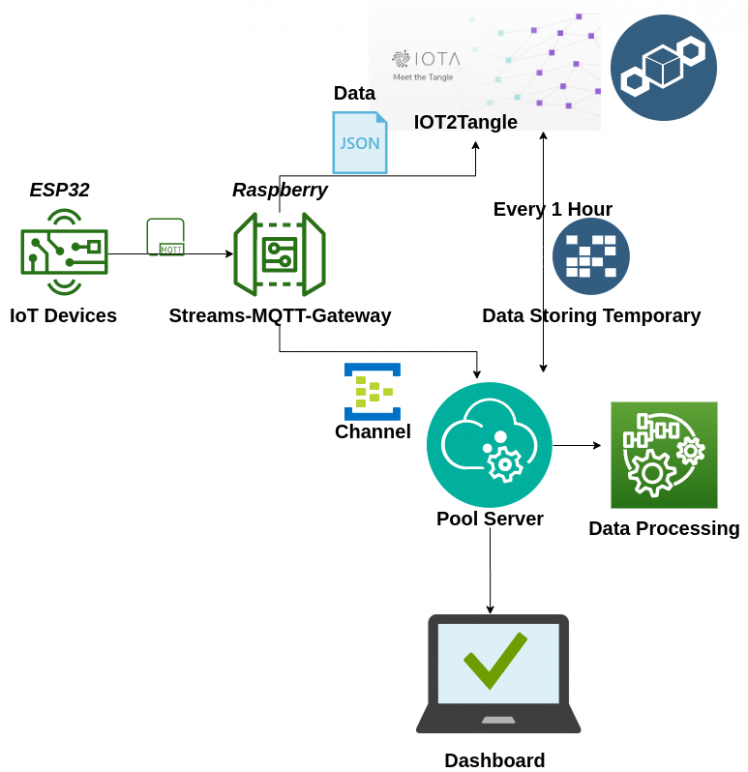 The Tech: apps infrastructure is a network sensor system consisting of the Nano 33 IoT (MCU) built-in/integrated with WiFi module as internet connectivity and raspberry 3+ as IoT edge device (MQTT-Streams) programmed in the Linux Operating System on computers, which is used to measure air temperature, humidity, and pressure on the environment monitoring system. The standard communication protocol (Machine to Machine) used is MQTT to send all of the data from sensors to the local server (MQTT-streams). Communication between edge-device raspberry, IOTA tangle network, and web-dashboard could be made remotely.

By using IOTA, the monitoring and control system is also directly connected and recorded in the cloud database. All data from the sensors connected to cloud computing is visualized in time-series data. The application process is used to manage all of the data in the database in order to access device id, location, production activity details, and local time. Real-time data of all processes can be visualized using either a mobile application or web dashboards. Streams-mqtt-gateway-master is source code for data streams to the tangle, you can download on https://github.com/iot2tangle/Streams-mqtt-gateway.

The pool server is a worker getting data from IOT2Tangle every 1 hour where the main node always performs to process the data from IoT2Tangle. https://explorer.iot2tangle.io/ 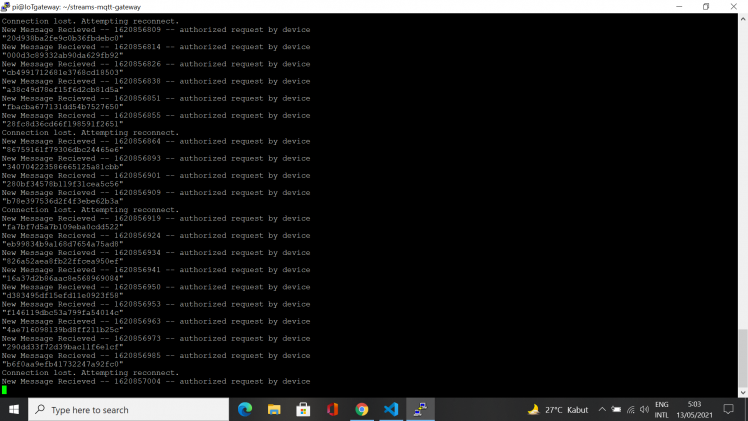 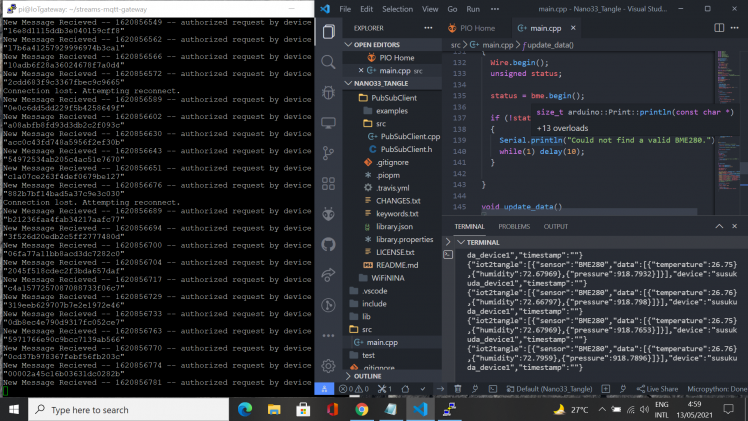 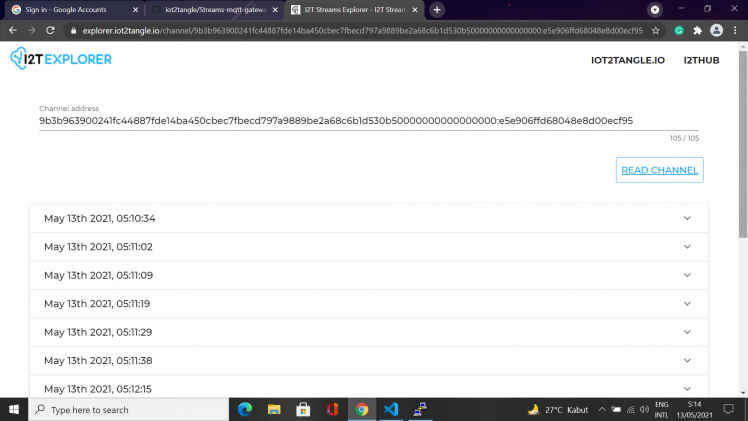 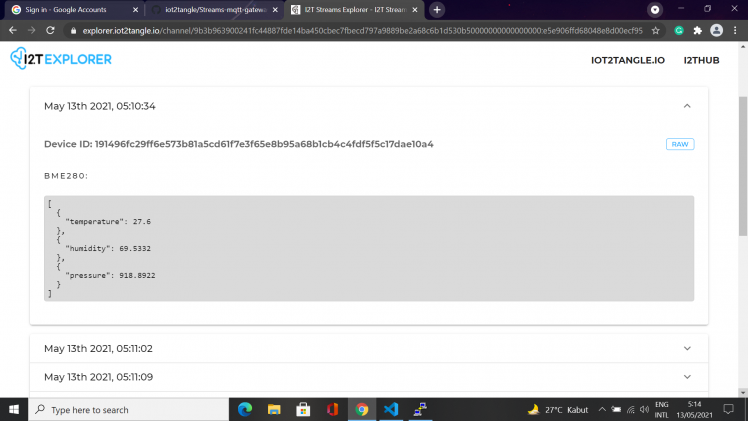