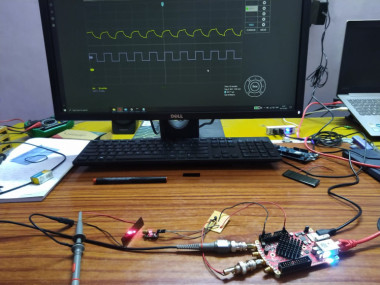 Li-Fi (also written as LiFi) acronym for Light Fidelity is a wireless communication technology that utilizes light to transmit data and position between devices. It is capable of transmitting data at high speeds over visible light, ultraviolet, and infrared spectrums. In its present state, only LED lamps can be used for the transmission of data in visible light. In terms of its end-use, the technology is similar to Wi-Fi — the key technical difference being that Wi-Fi uses radio frequency to induce a voltage in an antenna to transmit data, whereas Li-Fi uses the modulation of light intensity to transmit data. Li-Fi can theoretically transmit at speeds of up to 100 Gbit/s. Li-Fi's ability to safely function in areas otherwise susceptible to electromagnetic interference (e.g. aircraft cabins, hospitals, military) is an advantage. The technology is being developed by several organizations across the globe.

The Red Pitaya has 2 Fast Analog RF Outputs as shown below in the block diagram: 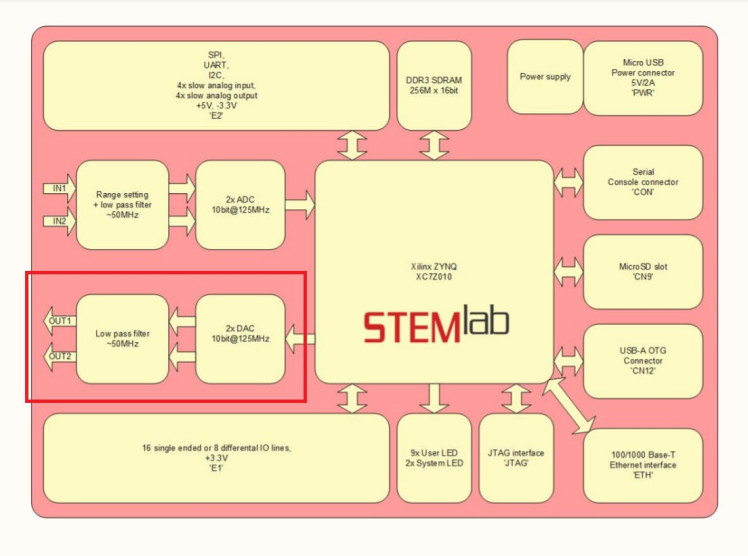 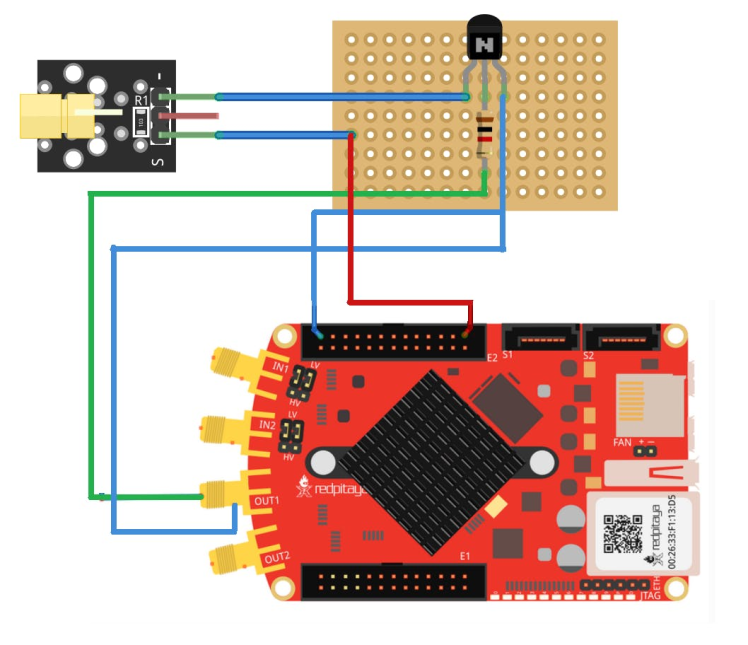 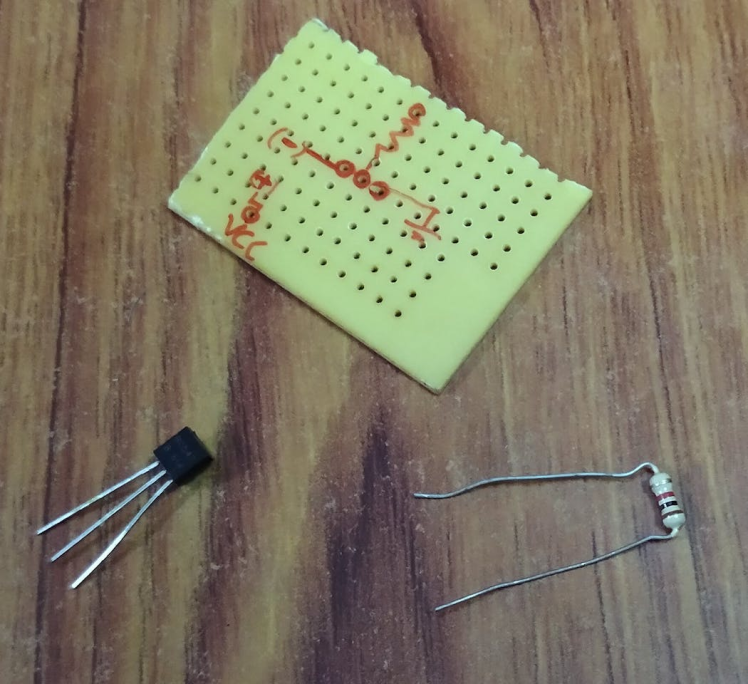 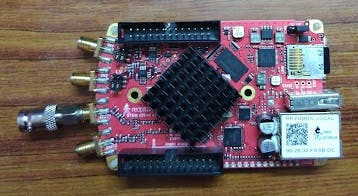 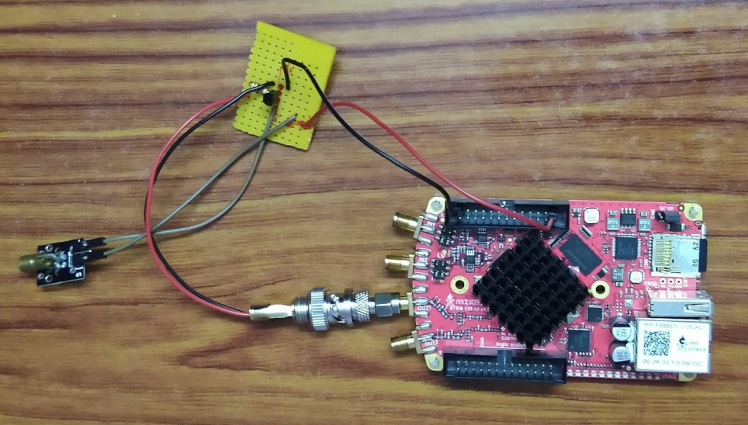 Analysing the performance of Solar Cell for Li-Fi 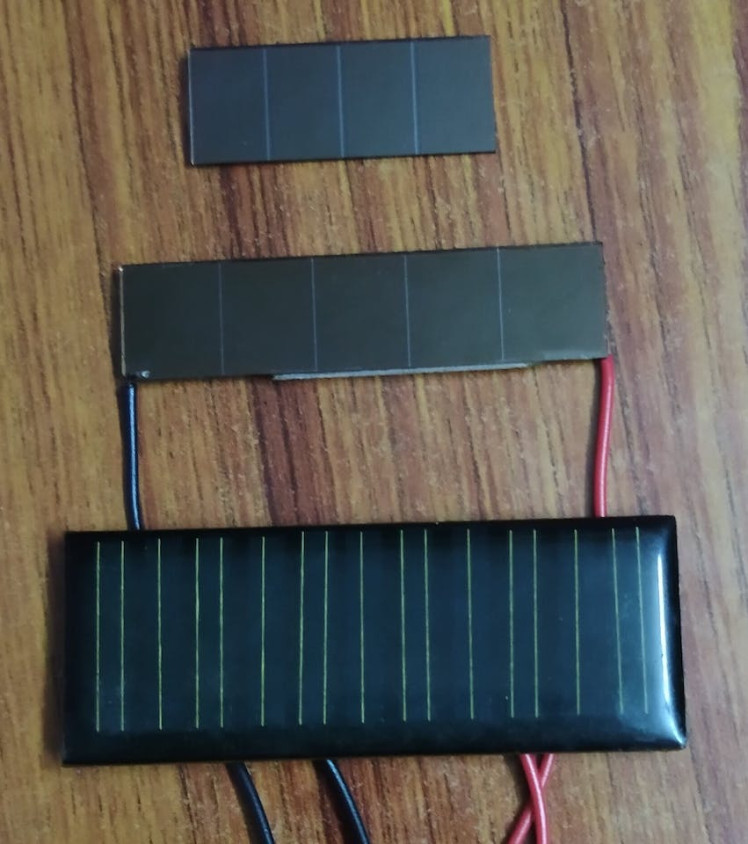 Different solar cells give different output powers, and so does the amount of noise in the output of the demodulator. Connect the solar cell that is to be analyzed to the input probe and open the oscilloscope and function generator app and analyze the output waveform to different frequencies 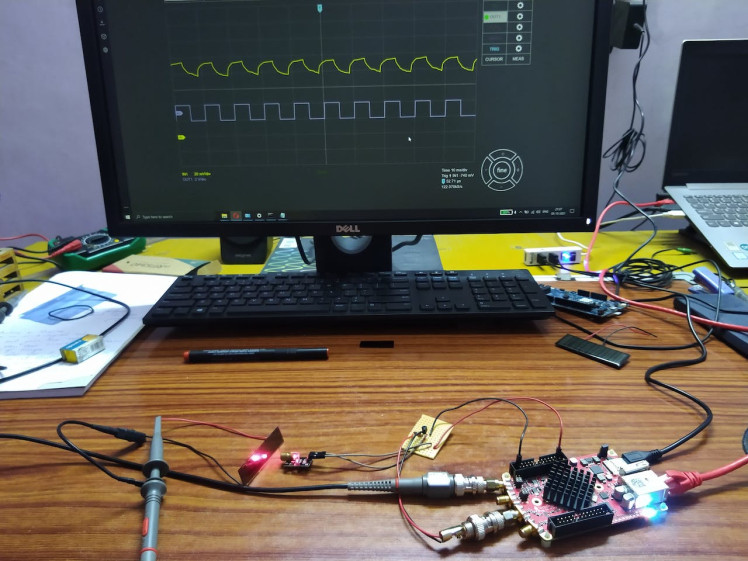 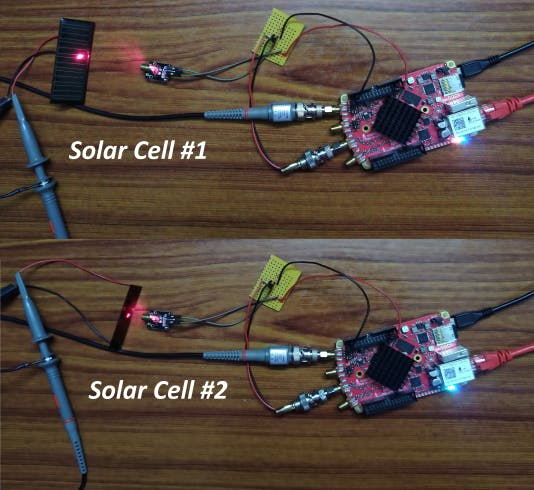 The Li-Fi demodulator is a standalone device with Audio Amplifier and a solar cell to demodulate the received light signals. A potentiometer is required to adjust the level of the input signal depending on the solar cell and environment. This is also to reduce the noise level. The solar cell receiver converts the received light signals into corresponding voltage levels which are fed into the amplifier which provides the required gain and then the amplified signal is fed into the speaker, when the frequency is in the audible range to human ears - about 20 Hz to 20 kHz we will be able to hear the sound. 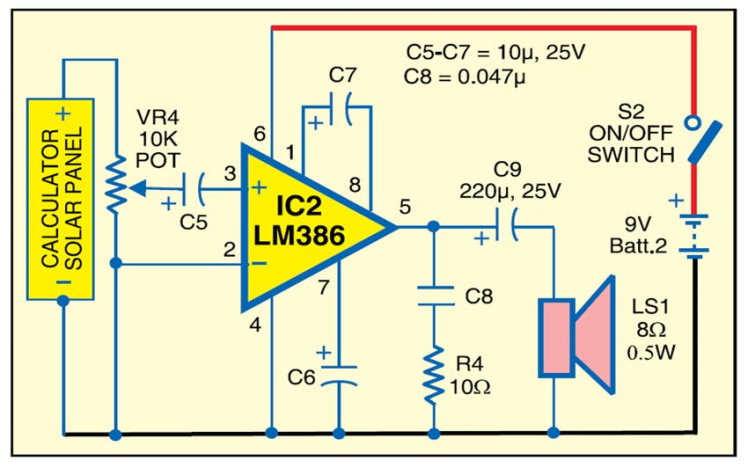 Gather the components and prototype using the breadboard 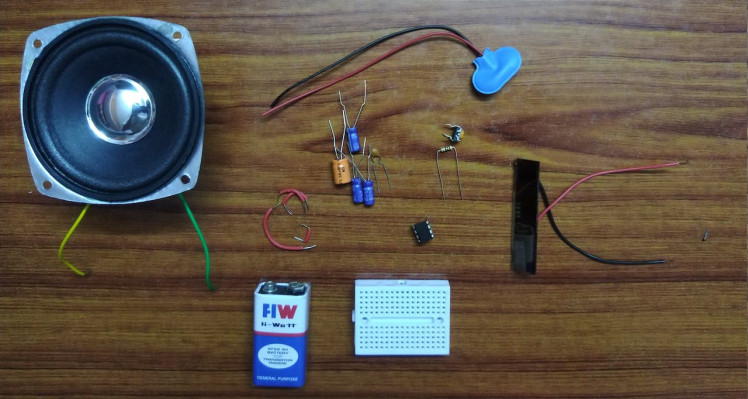 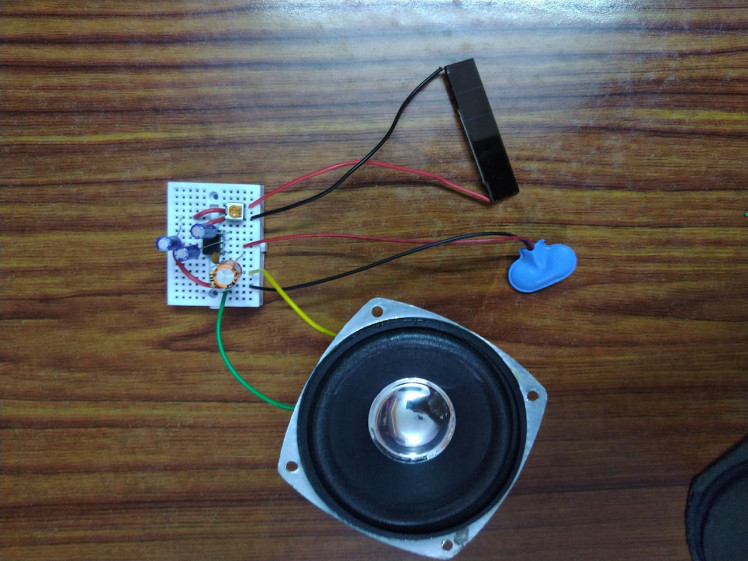 Frequency Test up to 20kHz

The above video shows the frequency response of the Li-Fi system. The next stage is building the Li-Fi Receiver

Assemble the circuit in a perf board and finish the soldering. 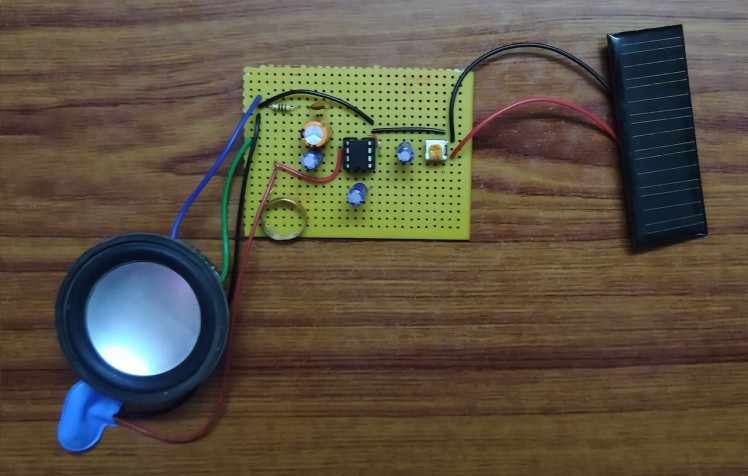 Red Pitaya board can be controlled remotely over LAN or wireless interface using MATLAB, LabVIEW, Scilab, or Python via Red Pitaya SCPI (Standard Commands for Programmable Instrumentation) list of commands. SCPI interface/environment is commonly used to control T&M instruments for development, research, or test automation purposes. SCPI uses a set of SCPI commands that are recognized by the instruments to enable specific actions to be taken (e.g.: acquiring data from fast analog inputs, generating signals, and controlling other peripheries of the Red Pitaya platform). The SCPI commands are extremely useful when a complex signal analysis is required where SW environment such as MATLAB provides powerful data analysis tools and SCPI commands simple access to raw data acquired on the Red Pitaya board.

The Red Pitaya Module in Python provides methods that are easy to implement. Refer to the documentation for more information on SCPI.

The following SCPI command is used to set the frequency of the fast analog output channel in Python:

Where f is desired frequency to be outputted.

To know more about interfacing Red Pitaya with Python, watch the following video:

To play the keyboard notes, we need to know the frequency of each note. For simplicity reasons, I took the 5th octave.

Here's an image from Digilent's Reference: 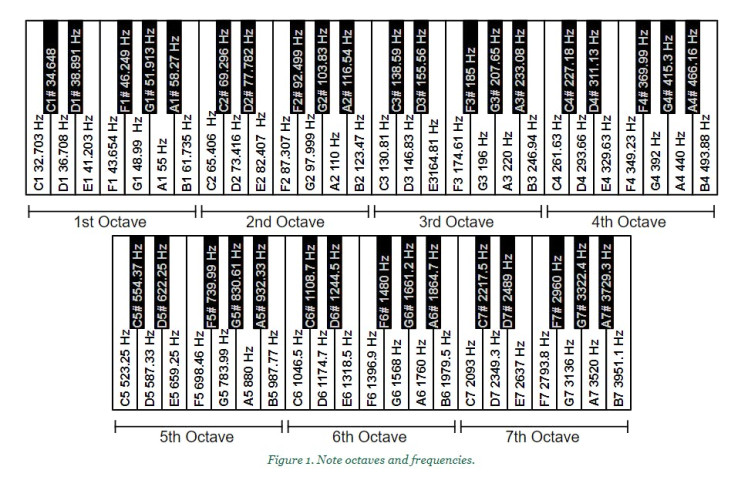 The respective frequencies of the keyboard notes for a song with the required delay are to be sent to the SCPI server. Refer to the code in the Python directory of this repository.

To have multiple receivers to the same light signal, a reflective solar cell is required as shown in the image below. 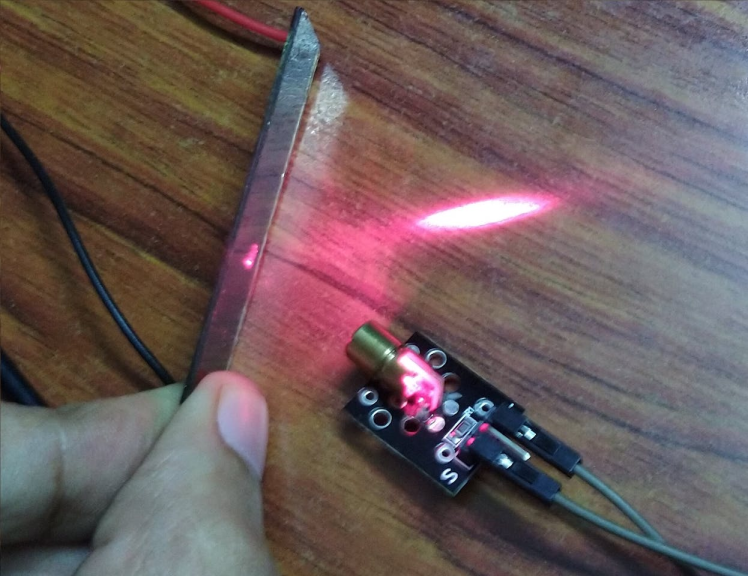 This specific type of Solar Cell absorbs some light falling on it and reflects the rest. 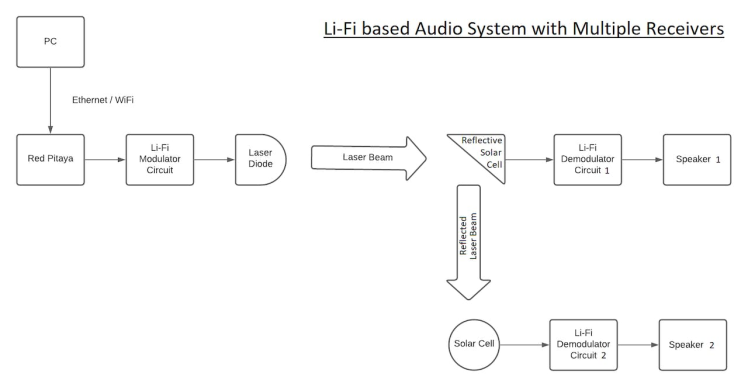 When light is reflected from a surface, the angle of incidence is always equal to the angle of reflection, where both angles are measured from the path of the light to the normal to the surface at the point at which light strikes the surface. This is called the law of reflection. Thus, multiple receivers can be used by proper placement of Solar Cells.

Two sets of receivers are to be built for this model 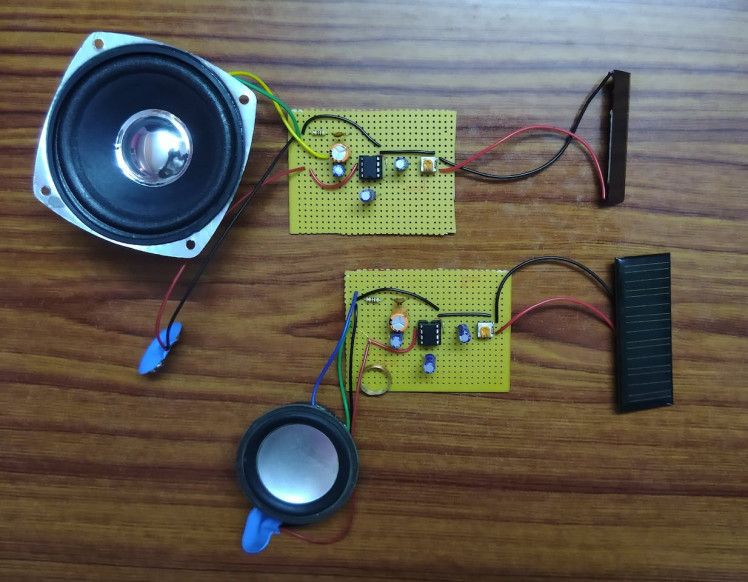 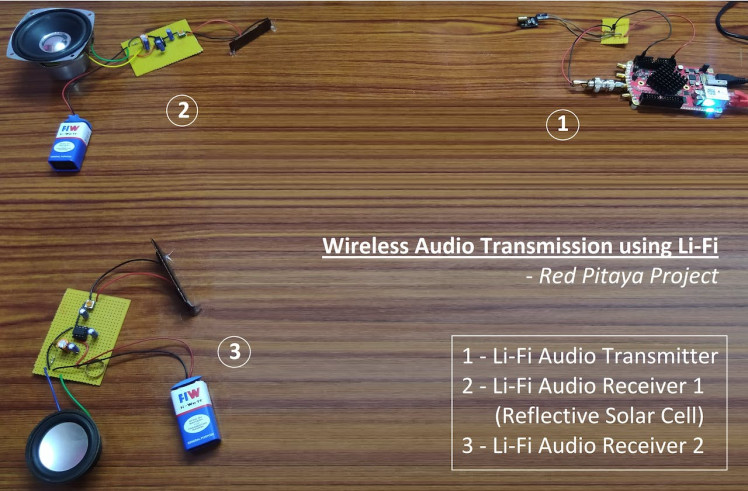 The Play_Music.py file contains the code for generating the Piano Music. I've set the frequencies corresponding to the 5th Octave, however, you may modify the code and add additional functionalities.

The string notes contain the keyboard notes and the delays for a particular song. You can play any music of your choice just by editing the notes string. For example, the Piano Notes for “London Bridge is falling down” is given as

And, the notes for "Mary Had a Little Lamb" is give as

You can write notes for any other piano song the same way.

I would like to thank the Red Pitaya team for sending me the STEMlab 125-10 Starter Kit and giving me this opportunity to explore and learn new things!