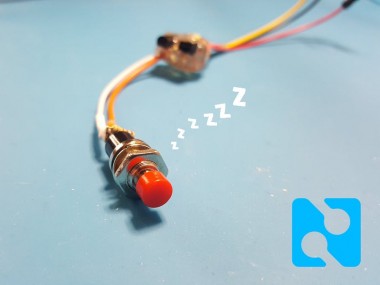 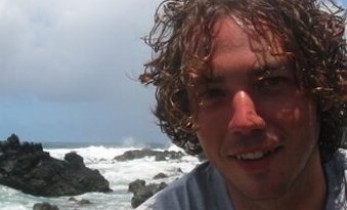 Made by zfields / Notifications / Sensors

The Notecard is great at generating alerts. How about a Snooze Button to pause those alerts until you've had a chance to deal with them?

Machines don't really grasp the concept that they can be annoying... ¯_(ツ)_/¯

This became incredibly apparent to me while I was building the Remote Alerting Mailbox Project. The first overnight rainstorm generated over 100 alerts, each complete with its own text message. Not only was I losing sleep over the incessant SMS alerts, but also my dwindling Twilio balance! 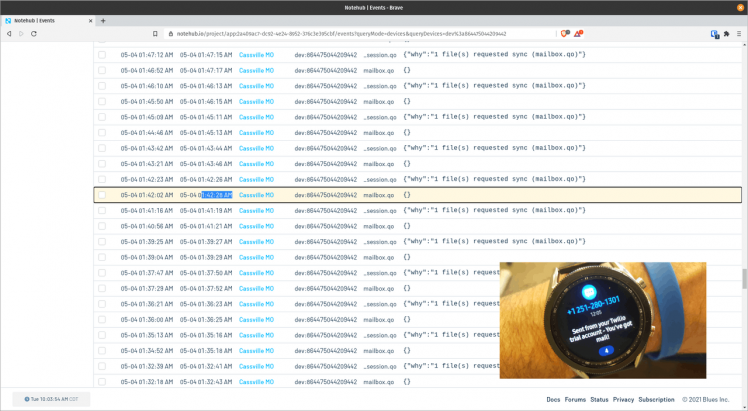 The typical model for designing a low-power application using the Notecard is to configure the Notecard to disable/enable the host microcontroller based on certain events (e.g. timer, motion, incoming message, etc...). When used in this manner, the Notecard can idle at ~8uA, and your host can be awakened for a specified condition. This allows you to maximize battery usage, by only consuming the power necessary for a specific computational task, then returning to rest at near zero power consumption.

A side-effect of this model is that all volatile memory is discarded each time the host microcontroller is disabled. Therefore persistent, or non-volatile, memory is required to maintain state across reboots. This could be achieved using an EEPROM, or by allowing the Notecard to maintain your state (another one of it's great features). However, the state I'm trying to maintain (deciding whether or not to generate an alert) is not well suited for a sleepy microcontroller.

My circuit is based on componentry found in this modified Delorean.

My circuit is based on componentry found in this modified Delorean.

I was describing my conundrum to a dodgy Austrailan guy, and he encouraged me to watch a soft switch video from another dodgy Australian, Dave Jones of the EEVblog. It turns out Dave's soft toggle-switch implementation works brilliantly for my application.

Unlike the soft toggle switch, which is driven exclusively by a momentary switch. The Snooze Button works as a two-way switch, bridging between mankind and machine. That is to say, the state can only be set to ON by the MCU, and can only be set OFF by a mechanical push button (i.e. human intervention).

To activate the circuit, it can be "jump started" by providing a voltage on the test line. To reset the circuit, the base and emitter of the NPN transistor can be shorted to ground.

The Notecard conserves battery by disabling the host MCU, which makes maintaining state and capturing button presses more complicated than usual. By using a circuit to capture this logic, we can simply bypass this concern.

The Notecard is designed to wake the host MCU, after a predefined event has occurred. Often alert events only need to be reported once, until human intervention has reset the system into a good state.

By using a circuit to determine whether or not an alert should be sent, the computation required by the host MCU is greatly simplified. Now, the MCU only needs to wake up, check the state, take action (or not), then return to sleep.

The Arduino compatible code detailing how to interact with the Soft Snooze Button.