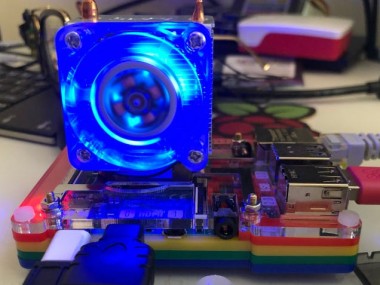 It’s that time of year again where things are too hot for computers running heavy loads – you can try Oil-Cooling or you can even try Putting your Raspberry Pi in a freezer but sometimes you just need a good old fashioned heat sink and fan.

Usually Raspberry Pi’s are cooled with little heat sinks such as these and this whereas desktop PC’s (particularly higher end rigs) have more of these  kinds of heat sink/fans to cool them.

Seeed Studio contacted me and offered to send me their new product; the ICE Tower CPU Cooling Fan for Raspberry Pi 4 for review. I said yes and they sent me it in record time. So a massive thanks to them!

This is essentially a miniaturised version of the type of heat sink linked above; with the significantly more powerful Raspberry Pi 4 the heat output is increased quite a bit, so it is now necessary to use such a device to really keep the temps down.

So let’s take a look at this part in terms of assembly, aesthetics and most importantly – temperature. 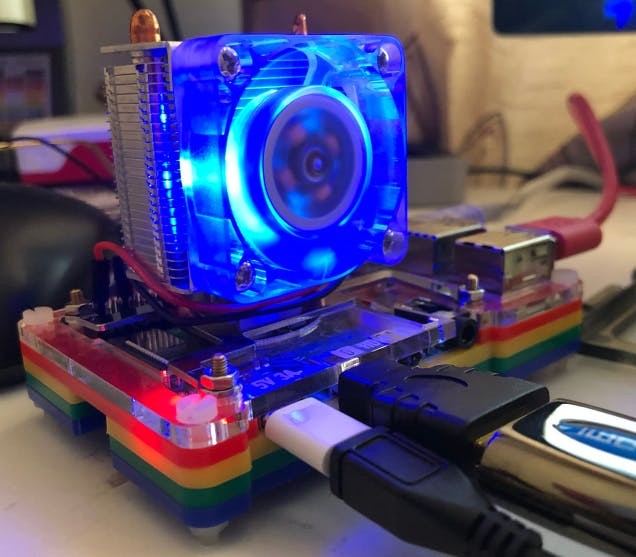 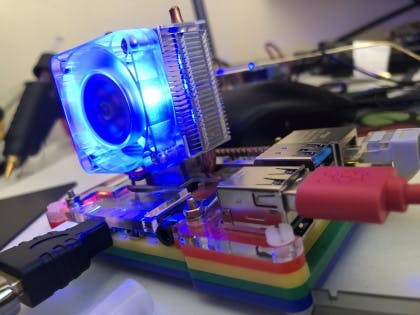 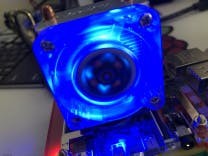 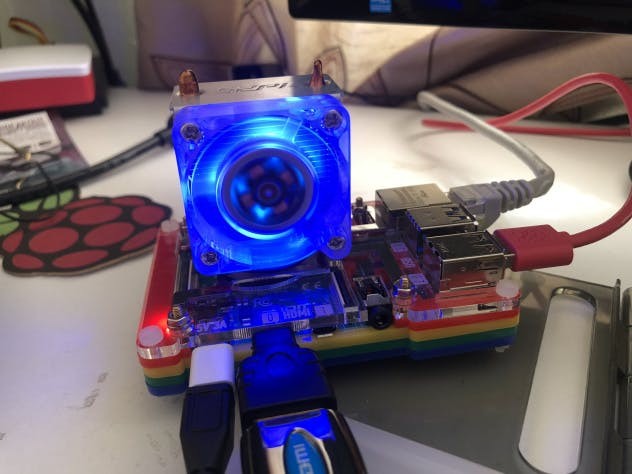 As you can see in the video the assembly was quite easy – all of the necessary parts were in the box and the instructions were very clear; it only took a few minutes to assemble and it is compatible with the Pibow Coupé 4.

It looks very nice as well in combination with the case, especially when on and lit up with the blue LED.

I’m going to test with the new heat sink and fan and then I’m going to perform the same tests on a Pi 4 with only the standard heat sink on.

This should max out the CPU and GPU for a long time, when previously testing this on a Pi 4 with only the normal heat sink it got incredibly hot – so we will see what it is like testing again under the same conditions and comparing to the new heat sink Seeed have sent me.

I did want to run Quake 3 but for some reason I cannot get this to run on the RPi 4 with Raspbian Buster. I keep getting “sdl using driver x11 failed to add service” error. When I switch to the legacy driver it loads a tiny little window that I cannot change the size of or close.

So if anyone has any fixes for this please let me know.

As you can see the ICE tower under load is about the same as the normal heat sink while idle – this is pretty crazy stuff.

Under full loads the normal heat sink just can’t handle it and the Pi will begin to overheat and underclock, the heat levels are so high that I imagine it would reduce the lifespan quite a lot; making the ICE tower very very handy for a Pi4 if you are working with some serious stuff like machine learning.

Under the super burn-in test of running Minecraft, GLXGears and compiling PyTorch all at the same time the ICE tower hovered around 47/48 degrees and didn’t go above that.

All these tests were also done on a reasonably hot summers day and also the heat sink assembly on the ICE tower didn’t really even get warm, so it is really efficient at getting the heat offloaded.

This thing is great; it’s quiet, super easy to install, works with a PiBow case AND chops off like 40 Degrees C in some scenarios.

On top of all that it looks fantastic – I’m very happy with this and intend to keep it installed on my main Pi4. The blue light kind of makes it look like an Arc Reactor and the overall look of a mini heat sink/fan really solidifies the feeling that the RPi4 is truly a viable desktop replacement.

The only thing to note is that with the PiBow it did seem to be at a bit of an angle due to the assembly resting on the top of the PiBow a bit, but this didn’t effect the capability of the tower at all. The heat sink is also free to move a bit within the assembly so I imagine this is intentional and had cases in mind. 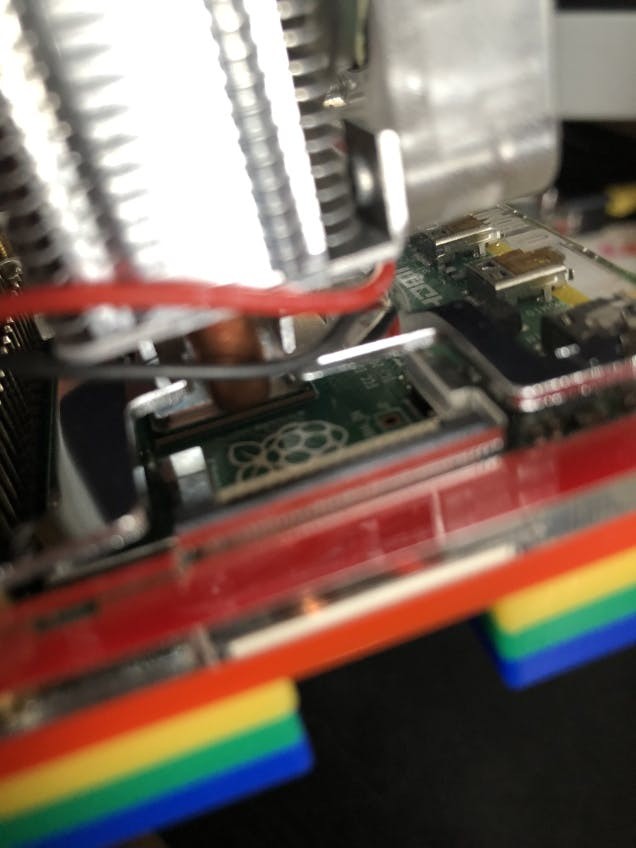 Thank you very much again to Seeed Studio for sending me this!

Keep cool and see you in the next one.