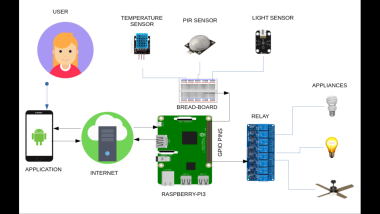 As a beginner, this article helps you come up with various ideas on what you can start doing using your Raspberry Pi. 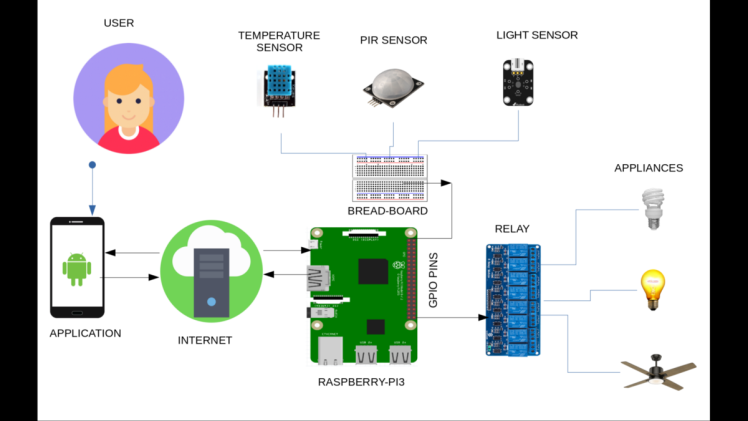 If you're looking for a fun and easy way to get started with Raspberry Pi, then creating a simple project is the way to go. By doing this, you'll be able to get a feel for how Raspberry Pi works and how to use it to create your own projects.

There are tons of different projects you can create, but for beginners, we recommend starting with something simple like an LED blinker. This project is perfect for those new to the Raspberry Pi, as it only requires a few basic components and is easy to follow. Plus, it's a great way to learn the basics of coding and electronics. In this article, we will be looking at the different projects suitable for beginners.

There are three software requirements for creating a web server using Raspberry Pi. The first is a web server application, the second is a database management system, and the third is a scripting language.

The scripting language is responsible for processing data and generating dynamic content. The most popular scripting languages are PHP and Python. However, there are many other options available, such as Perl, Ruby, and JavaScript.

Testing is a vital part of the software development process. It helps ensure that the software is working as intended and that there are no bugs or errors. There are many different types of tests, but some of the most common are unit tests, integration tests, and regression tests.

Unit tests are used to test individual components or units of code. They are typically written by the developers who wrote the code being tested.

A simple web server is a great way to get started with web development on the Raspberry Pi. To create a web server, you will need to install the Apache web server software and the PHP programming language.

A media center is a great way to have all your movies, music, and TV shows in one place. You can either buy a pre-made media center or build your own. If you build your own, you'll need a Raspberry Pi, a case, a power supply, an SD card, and a TV.

Setting up your Raspberry Pi media center is a relatively simple process. Just make sure you have the right hardware and software, and you should be up and running in no time.

Raspberry Pi is a great tool for creating a media center. It is also very inexpensive, which makes it a great option for those on a budget. There are many different operating systems that can be used on a Raspberry Pi, but the most popular one is Raspbian

If you're not sure how to set up a media center, there are plenty of tutorials online. Once you have everything set up, you'll be able to watch your favorite movies, listen to your favorite music, and play your favorite games all in one place.

Another important feature to look for in a home automation system is support for a variety of devices. The best systems will work with a wide range of devices, including thermostats, lighting, security cameras, and more. This way, you can control all of your devices from one central location.

Finally, you should make sure that the home automation system you choose is affordable. There are many high-end systems on the market, but you don’t necessarily need to spend a lot of money to get a good one.

You will need a Raspberry Pi 3 Model B or B+, a microSD card with NOOBS installed, a power supply, and a controller. You will also need a monitor or television to use as your display, and an HDMI cable to connect the Pi to the display.

Once you have all of the hardware, you can begin setting up your system. First, you need to install RetroPie, which is a software package that allows you to turn your Raspberry Pi into a retro gaming console. You can do this by following the instructions on the RetroPie website.

Once RetroPie is installed, you can start adding games to your system. There are a few ways to do this, but the easiest is to simply download ROMs (game files) from the internet and copy them to your microSD card. You can then load them into RetroPie and start playing.

That's all there is to it! With a little bit of effort, you can turn your Raspberry Pi into a fully-functional retro gaming console.

However, there are certain drawbacks of using a Raspberry Pi to create a gaming system.For one, the processing power of a Raspberry Pi is relatively low compared to a dedicated gaming console or even a mid-range smartphone. This can result in sub-par gaming performance, especially if you are trying to play graphically demanding games.

Another issue is that the Raspberry Pi does not have a dedicated GPU, which means that it relies on the CPU for all graphical processing. This can again lead to lower-than-expected performance, especially in games that are heavy on graphical effects.

Finally, the Raspberry Pi also lacks some of the features that are found on dedicated gaming consoles, such as support for high-resolution graphics, built-in storage, etc. This can make it difficult to get the most out of your games on a Raspberry Pi.

The Raspberry Pi is a great platform for building a home security system because it is:

A security system using a Raspberry Pi can be a great way to deter burglars and keep your home or business safe. By using a motion sensor and a camera, you can create a system that will send you alerts when someone is on your property. You can also use the system to record videos and take pictures of the intruder.

What are you waiting for?

Grab your Raspberry Pi and get started on one of these fun projects today.