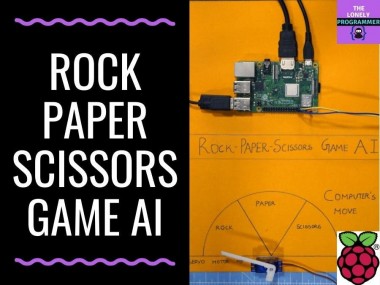 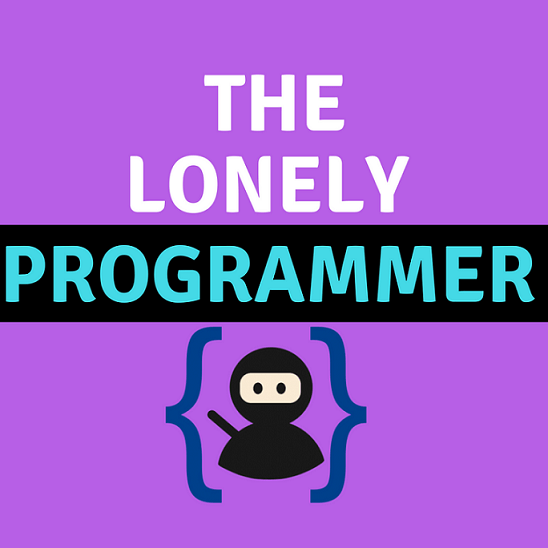 Made by the lonely programmer

After working on various projects on different domains, I planned to make a fun project, and I decided to make a rock-paper-scissors game :)

In this project, we will make an interactive game and play against the computer which is powered by AI to make decisions. AI uses the Camera connected to the Raspberry Pi to recognize what moves the user made with the hand, classify them into the best category(label) rock, paper, or scissors. Once the computer makes its move, the stepper motor connected to the Raspberry Pi points towards the direction based on its move.

Rules which has to be considered for this game:

Winner will be decided based on the above three conditions.

Let's see a quick demo of the project here. 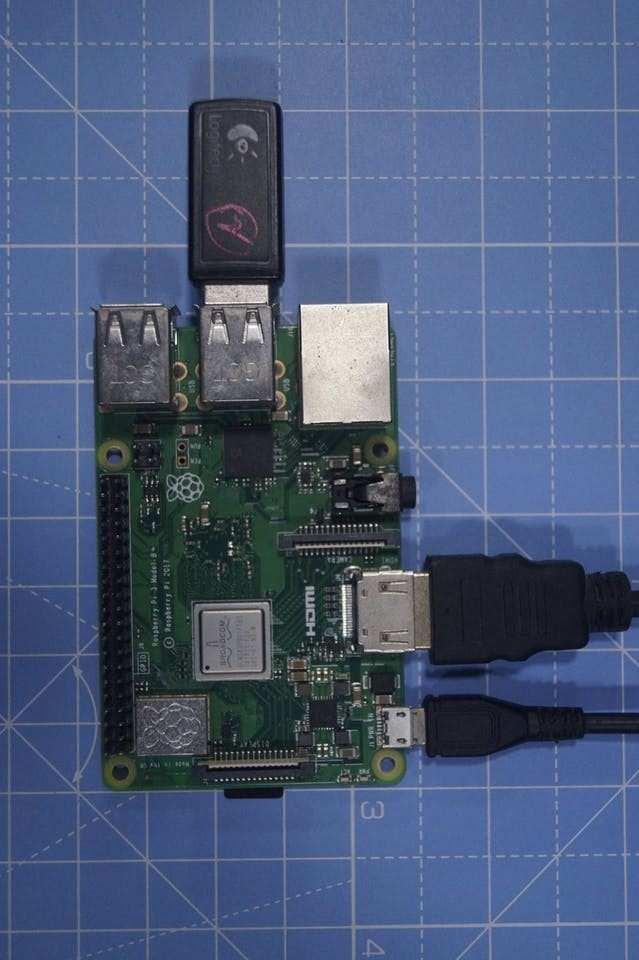 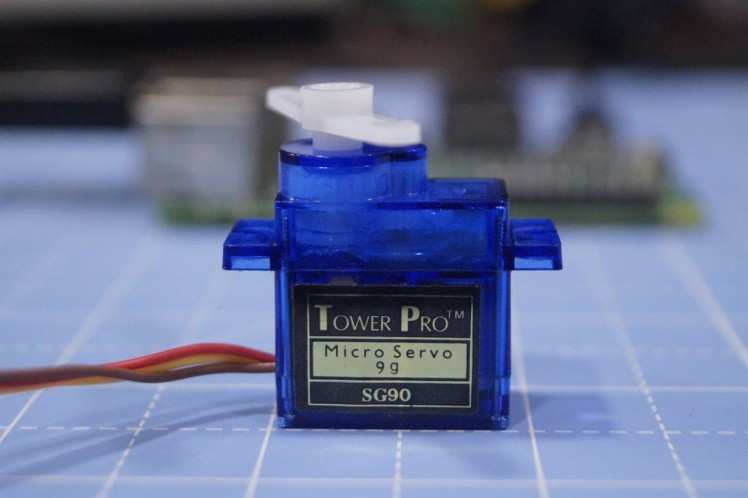 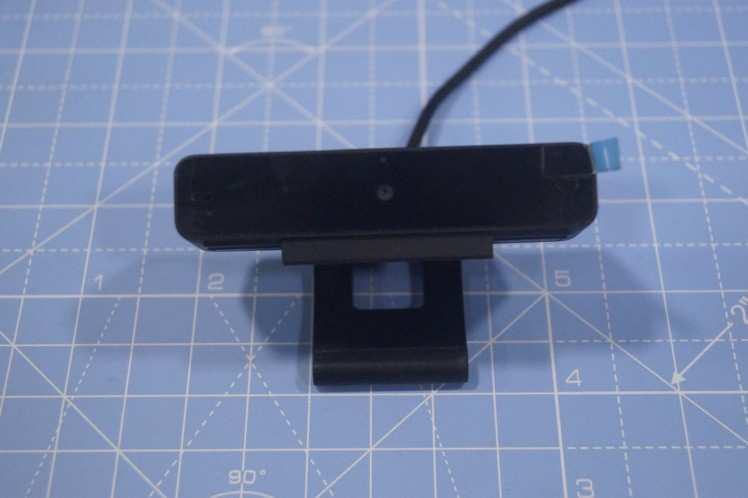 These are the overall components used for this project. 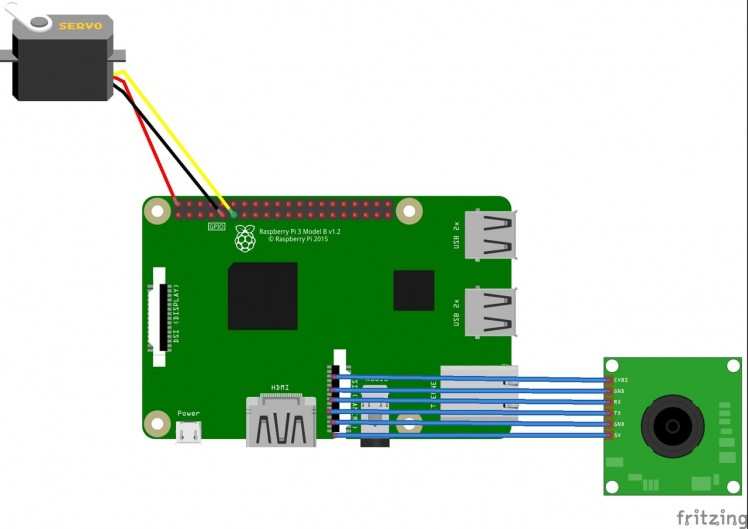 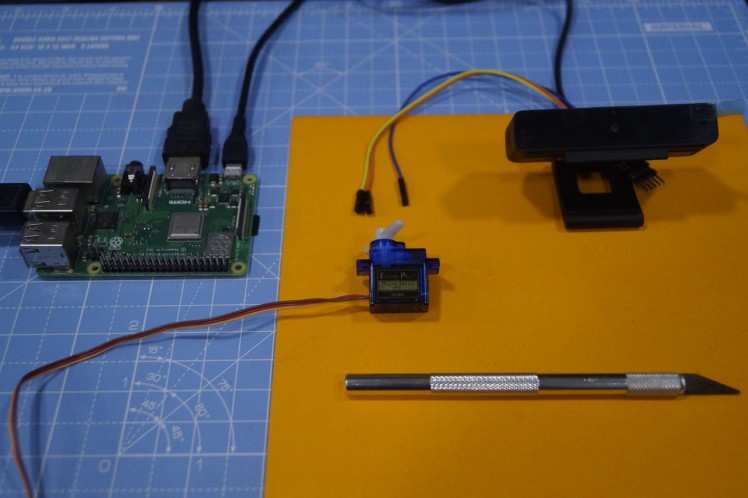 Some Jumper cables are used to wire the stepper motor and Raspberry Pi.

Burn Raspbian to the SD card 🔥

Raspbian is the Linux distribution of choice running on the Raspberry Pi. In this guide, we will be using the Lite version, but the Desktop version (which comes with a graphical environment) can be used as well. 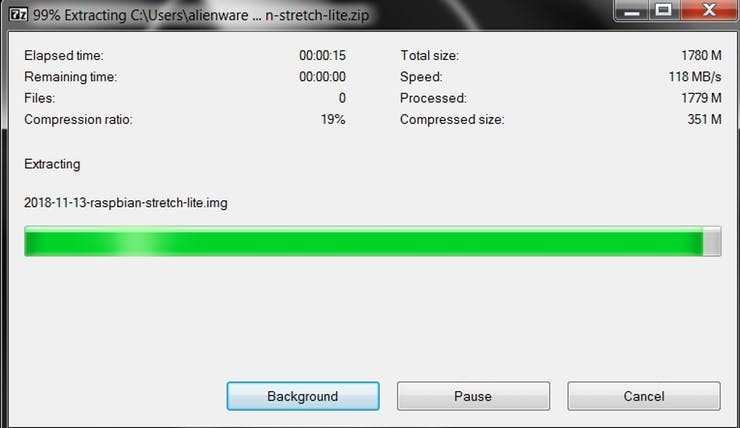 Use Etcher to Burn

Connect the device to your network

Here I've used a separate monitor to interface with the Raspberry Pi.

The first step in this project is data collection. The System has to identify the hand gesture and recognize the action and make it's move accordingly. 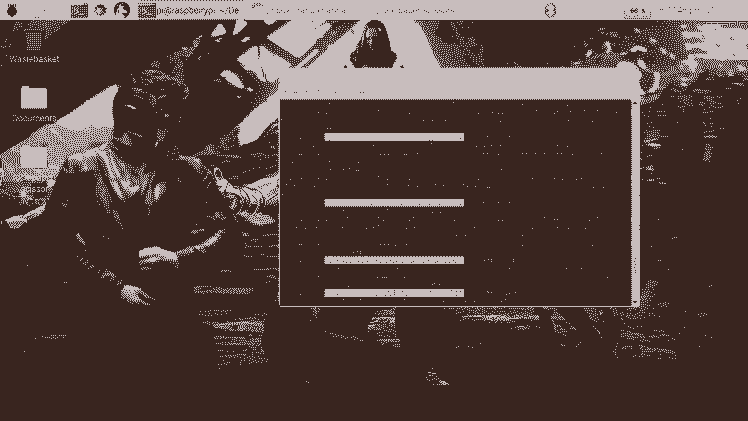 If you face any issues with the OpenCVpackage, I strongly recommend installing these packages.

We have installed all the required dependencies for this project. The Data-set is made by collections and arrangements of the images under the appropriate label.

Here we create the data set images for the label rock, paper and scissor using the following snippet.

The image is captured for each label (rock, paper, scissor and None). 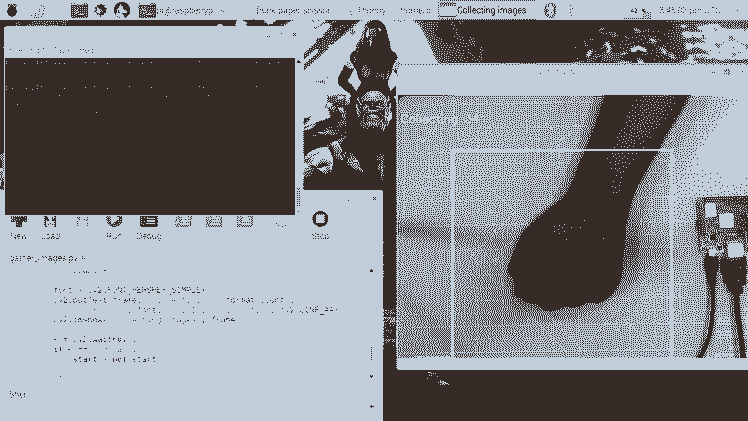 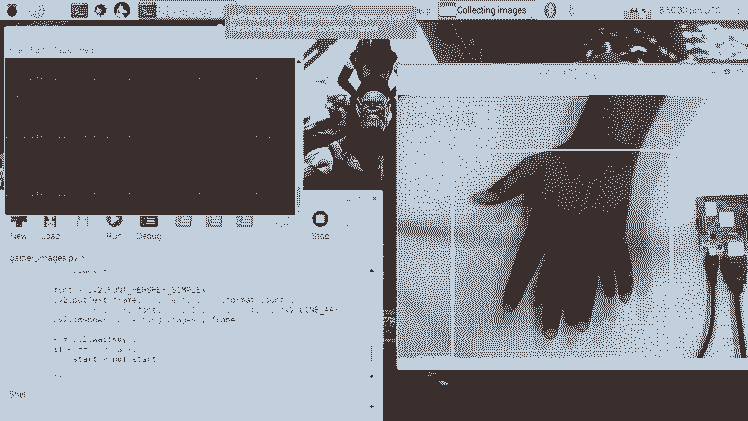 The Core of this project is an image classifier that classifies one of three categories. To make this Classifier, we use the pre-trained CNN (Convolutional Network) called SqueezeNet.

Here we use Keras and TensorFlow to generate the SqueezeNet model which can identify the gesture. The images which we generated in the previous step are used to train the model. The model is trained using the Dataset generated for no of Epochs (Cycles) mentioned.

The model is configured with the hyperparameters as shown below.

While the model is training, you can find the loss and accuracy of the model for each Epoch and the accuracy increases at some point in time after a few Epoch. 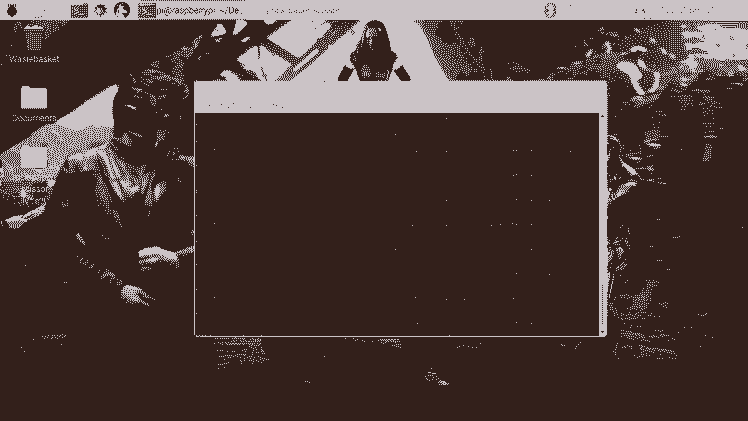 It roughly took 2 hour to generate the model with the highest accuracy after 10 epoch.

If you face any memory allocation errors, do the following steps (Thanks to Adrian)

To increase your swap space, open up /etc/dphys-swapfile and then edit the CONF_SWAPSIZE variable:

From there, restart the swap service:

Note: Increasing swap size is a great way to burn out your memory card, so be sure to revert this change and restart the swap service when you’re done. You can read more about large sizes corrupting memory cards here.

Once the model is generated, It produces the output file "rock-paper-scissors-model.h5". This file is used as the source to test whether the system can identify different hand gestures and able to differentiate the actions.

The model is loaded in the python script as follows

The camera reads the test image and transform the required color model, and then resize the image to 227 x 227 pixel (Same size used for model generation). The images which were used for training the model can be used to test the generated model.

Once the model is loaded and the image is acquired by the camera, the model predicts the captured image using the SqueezeNet model loaded, and make the prediction for the user's movements.

Run the test.py script to test the model with various test images. 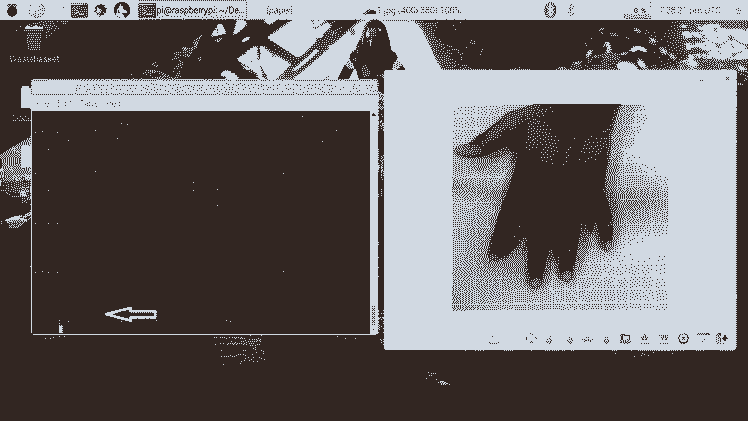 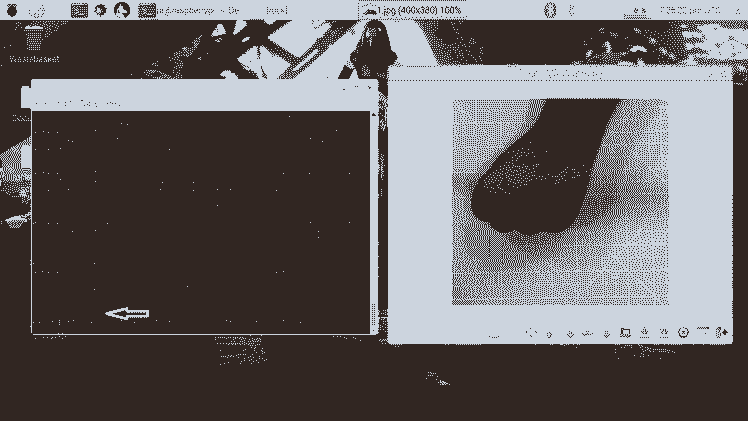 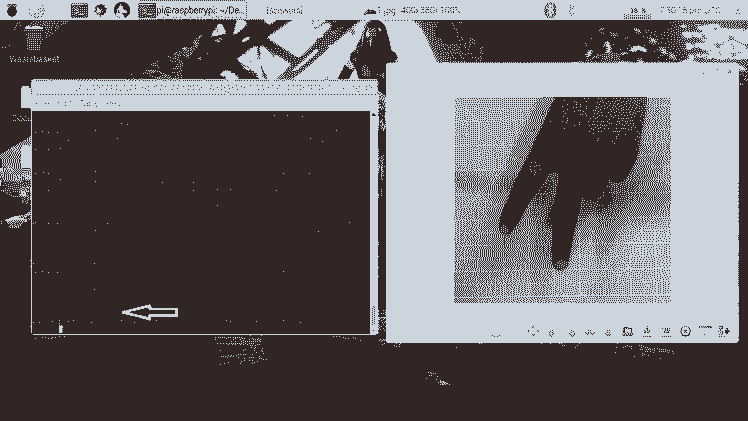 Now the model is ready to detect and understand the hand gestures.

The Game uses a random number generation function to decide the computer's move. It follows the above-said rules to determine the winner. The game is designed with two modes: Normal Mode and Intelligent mode, where intelligent mode counterattack the user's movement, i.e Computer wins all the moves against the user.

Now let's make the game in Normal mode where the system/ Raspberry Pi takes the picture of the hand and analyzes and identifies the hand gesture. Then using a random number generator, the computer move is played. The winner is chosen based on the rules and then displayed on the screen. 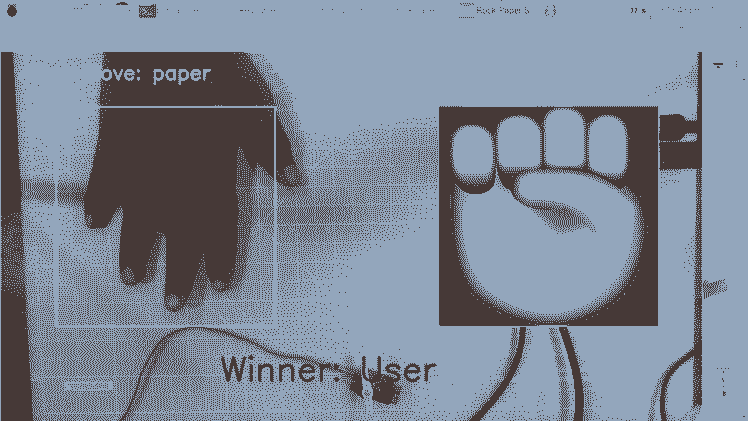 At last, add the servo motor to this project. Servo motor is GPIO pin 17 of the Raspberry Pi, which has the PWM function to control the angle of rotation.

The Servo Motor used in this project is SG-90. It can make rotations clockwise and anti-clockwise up to 180 °

The Connections are given as follows.

The libraries such as RPi.GPIO and time are used in this project.

GPIO Pin 17 is configured to use as a PWM at the frequency of 50Hz. The Angle of the servo motor is achieved by setting the duty cycle (Ton & Toff) of the PWM

Now I have taken the chart and sliced it into three sections, for rock, paper, and scissor. The Servo motor is fixed to the center of the chart. The pointer/flap is connected to the shaft of the servo motor. This shaft points to the computer's move according to the logic computed in the script.

Working of the Project 🔭

And now, it's playtime. Let's see the working of the project. 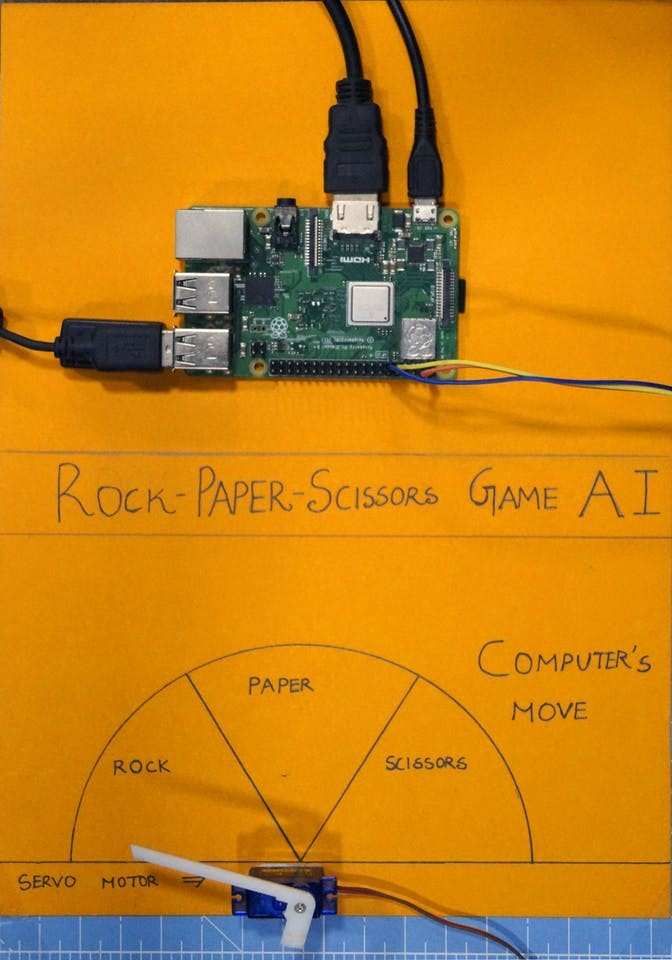 If you faced any issues in building this project, feel free to ask me. Please do suggest new projects that you want me to do next.

Give a thumbs up if it really helped you and do follow my channel for interesting projects. :)

Happy to have you subscribed: https://www.youtube.com/c/rahulkhanna24june?sub_confirmation=1

Passionate Techie ! Robotics | Electronics | Programming Hey Geek! If you are in search of electronics projects, Arduino based projects or any Micro-controller based projects, this channel is for you. In this channel, we build electronics projects using the impressive and low-cost boards that are available today. If you are a maker or if you want to learn how to make your own Arduino projects and other interesting Robots, do subscribe the channel to be a part of this community. We develop our own hardware and software projects and will try to build something new. Don’t worry if you don’t know how to program. I'll share the algorithm if you face any difficulties.