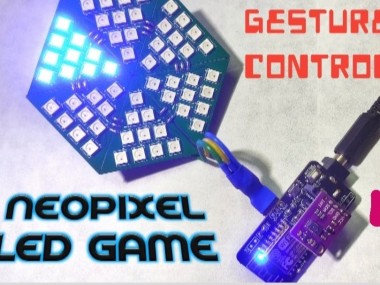 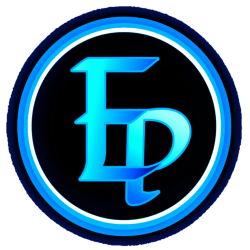 This is basically a very simple and interactive LED board game that you can play while staying at home during this tough times. I have used a gesture sensor along with neopixel LEDs to make this project. For this project, I have designed a custom PCB, which includes 10 WS2812B Addressable RGB LEDs. The PCB was a triangular shaped PCB. So if we join 6 of them side by side we get a hexagonal LED plate containing 60 LEDs. To control the LEDs and the gesture sensor I have used my PixyMaster, a custom Pixel LED controller board which can drive these kinds of LEDs. It also has an I2C port which you can utilize to attach different sensors, Gesture sensor in this case. It's a very fun project and I hope you will enjoy making it too.

How the game works:

The working principle of this game is very simple.

Now the center of the attraction in this project is this PAJ7620 Hand Gesture Sensor. This sensor can detect up to 9 different hand gestures. For only $2 price segment let’s see what this sensor has to offer.

Left, Right, Up, Down, Forward, Backward, Clockwise, Anticlockwise and Waving.

Now, to use this sensor we will need to install Gesture_PAJ7620 library by Seeed-Studio in your Arduino IDE. You can find this in the library manager of your IDE as well. Along with that you will also need the Adafruit_NeoPixel library by Adafruit for this project.

This function will generate a pseudo-random number with a fairly random input, such as analogRead() on an unconnected pin. Click here to learn more about it.

Here we detect the gesture using the sensor and call a relative function. Which will execute the command defined for that particular gesture.

If this function is called the controller starts blinking random LEDs and finally stops at an arbitrary LED. The number of this LED will be stored in the “num” variable. Which will be needed later.